After three decades off the radar, an entirely unique Ferrari is going under the hammer 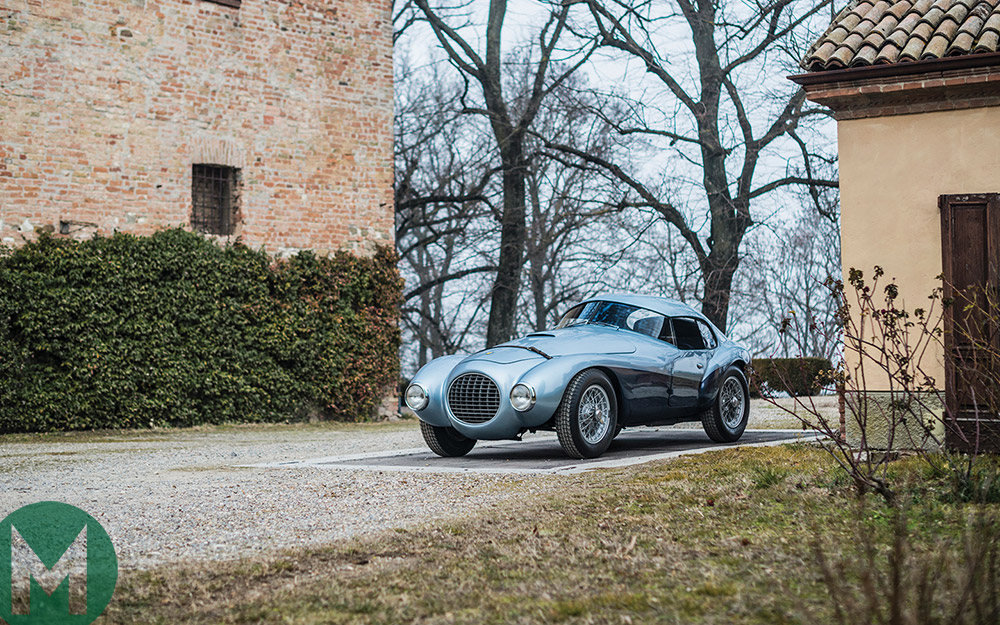 You can’t mistake a Ferrari. The Maranello marque has morphed from the elegant Daytona to the sleek 488, evolving through the low-slung F40 and the imposing Enzo. It has kept the Prancing Horse a distinctive breed, but just occasionally, with the work of Italian coachbuilders, some designs have been able to slip the net.

Case in point: the Ferrari 166 MM/212. Known colloquially as ‘Uovo’ – Italian for ‘egg’ – this one-off coachwork by Fontana is an entirely unique design, built specifically for the Marzotto brothers in 1950. Highly renowned in Italian racing circles, the brothers were among Ferrari’s most important early customers.

Factory built as a standard 166, during its debut races at the Targa Florio and Mille Miglia in 1950 the car was sidelined, leading Giannino Marzotto to request the design of a specialist coachwork, styled with performance, efficiency and minimalism in mind. Fontana of Padova stepped in, the result being a car styled like a wingless jet by aeronautically grounded sculptor Franco Reggi.

For Marzotto, this was the ultimate racer’s Ferrari, with a crystal windshield, Formula 2 brakes and weighing 150kg lighter than a comparable Ferrari. It led much of the race on its return to the road at the 1951 Giro di Sicilia, proving a match for the Maranello mainstream on speed terms and a class apart in the realm of handling.

At that year’s Mille Miglia, the 166’s rebellious twin gave the Scuderia a headache as it led the factory’s 4.1-litre entry for the majority of the event until it eventually succumbed to a tyre issue. Victory at the Giro della Toscana offered solace, but soon the ‘Uovo’ fell off the radar, shipped to Mexico in 1953 and then hustled from California to Florida where it raced periodically, before vanishing from the map altogether.

For three decades the ‘Uovo’ was seldom seen in public, hidden in the collection of a private owner. It’s back. As Ferrari celebrates 70 years – an anniversary Motor Sport has marked with a special Collectors’ Edition titled Ferrari: from race to road – this most unique of designs is going under the hammer in Pebble Beach at the RM Sotheby’s auction this week. It won’t be the biggest hitting Ferrari in Florida (that honour is likely to go the way of a Ferrari 275 GTB/C), but it is estimated that up to $7 million will be needed for this very special Ferrari to change hands.