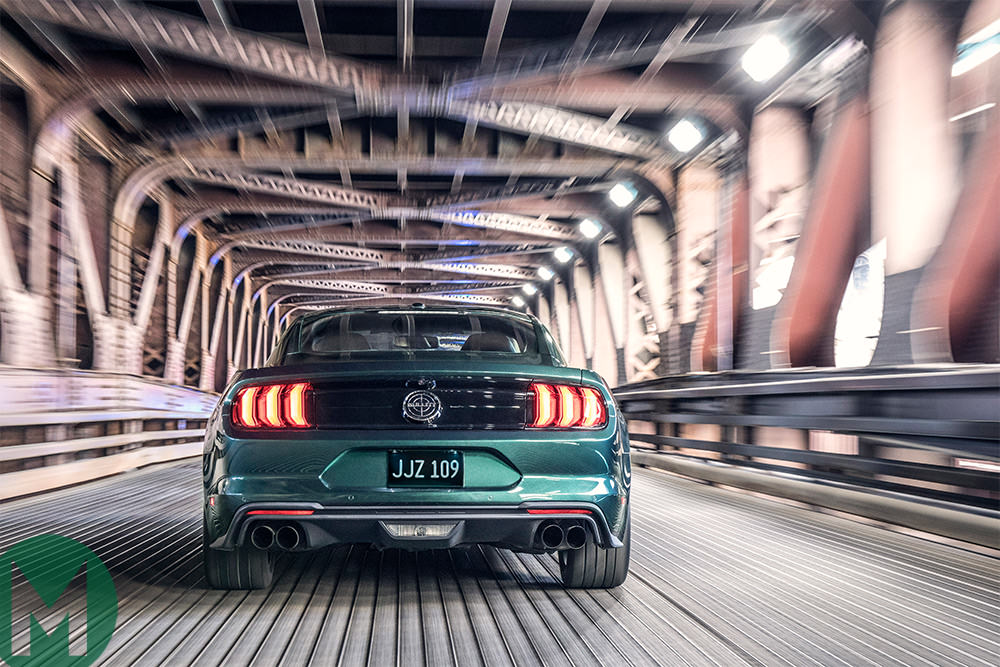 Ford marked the 50th anniversary of iconic movie Bullitt on Sunday with the announcement of its 2019 Mustang Bullitt. The manufacturer also revealed one of the original 1968 Bullitt Mustangs at the 2018 North American International Auto Show in Detroit.

The new, limited-edition Bullitt is powered by a retuned 5.0 litre V8, with a quoted figure of at least 475 horsepower, 420 lb-ft of torque and a top speed of 163mph – eight more than the current Mustang GT boasts.

“This new Bullitt is, as Steve McQueen was, effortlessly cool,” said Darrell Behmer, Mustang chief designer. “As a designer, it’s my favourite Mustang – devoid of stripes, spoilers and badges. It doesn’t need to scream about anything – it’s just cool.”

Only two paint choices are available: ‘Dark Highland Green’ or ‘Shadow Black’, with chrome accents around the grill, a white cue-ball shifter, a heated leather Bullitt steering wheel, complete with a gun-sight motif, while the start-up screen on the LCD forgoes the usual pony for a green-tinged image of the car itself.

“When making a Bullitt, there are certain things it absolutely must have,” said Carl Widmann, Mustang chief engineer. “It has to have the right attitude, it has to be unique in some way from a Mustang GT, and more than anything, it has to be badass.”

The original Bullitt Mustang GT fastback was also revealed at the launch, after 40 years under covers. As one of the two movie cars, this one was used just for the jumps in the iconic 10-minute-long chase scene, with Steve McQueen pursuing a pair of hitmen through San Francisco. 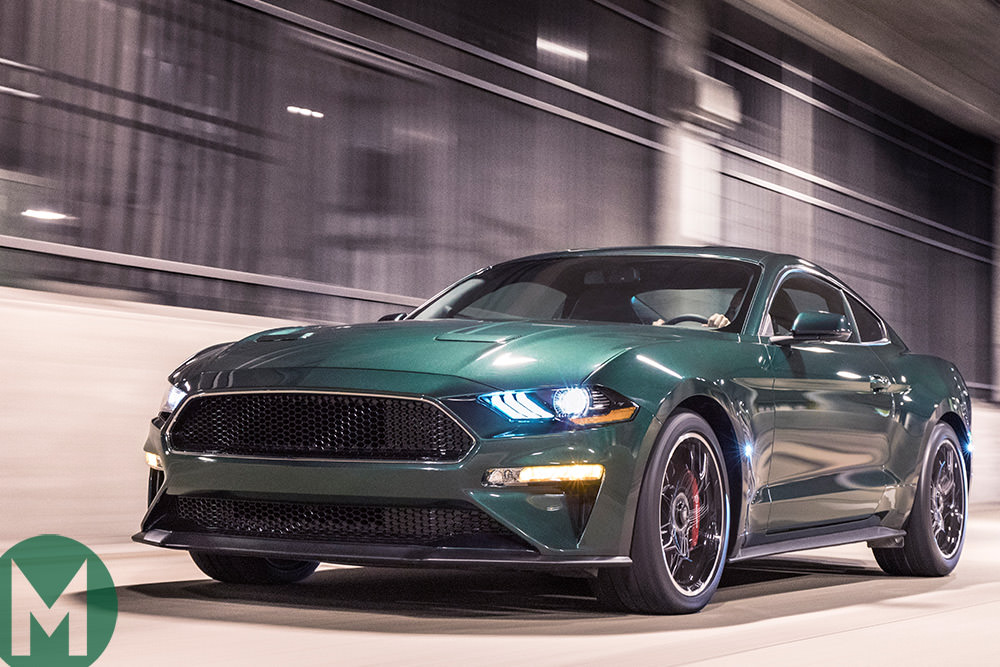 American cars don’t stop, don’t steer, guzzle fuel and fill too much of the road. They wallow, they are ponderous, they are heavy to operate and there are countless European rivals you should spend your money on. Oh, and the steering wheel is on the wrong side.

Until now, it’s been very easy for UK-based motoring journalists to give American performance cars a kicking – especially when the environment in which they were intended to be enjoyed (wide US blacktop, and not the narrow lanes of Surrey) is ignored. However, something has changed. Something significant.

The latest Ford Mustang is very good. Not just good in California, or on open desert roads, but good in Surrey, Wales, Scotland, France, Germany or… you get the message. For the first time in its 53-year history here is a deeply enjoyable, and dynamically adept American performance car for any country, condition or road.

And yes, I was surprised too.

After 20 years of road testing, I find it imperative to police cliches and preconceptions when you drive a new car. As I climbed in the latest Mustang, I had to deploy the full force of the police. The interior materials are not to the same quality as Audis or Porsches, and yes the car felt vast. But the magic occurs soon after you move off, if you allow yourself to feel it. The control weights and steering in particular impress, being linear and feelsome, despite being sat on by 5-litres of V8 iron.

This gives you confidence, so you start to exploit the handling. And (shock) it handles – not in a scalpel-sharp Porsche Cayman manner, but in a way that is no less enjoyable.

Yes, it never fully disguises its weight or size, but the manner in which it connects the driver to the road dispute mass and dimensions suggests an extremely skilled engineering team have not just achieved their goals but also understood them.

That is, I presume, to engineer a car that is as dynamically capable as possible, but not at the expense of smiles per mile.

£50,000 performance cars these days deliver the kind of performance and grip that would frighten a McLaren F1. For instance, a £50k Audi TT RS does 0-62mph in 3.7 seconds. Three point seven seconds! But more often than not, these cars offer so much dynamic ability that their ultimate performance remains out of reach on the road. At the wheel, you, therefore, feel rather numb at best or frustrated at worse. Impotent even. The Mustang is the opposite. This is a refreshingly honest and alive car, at any speed.

Oh, and for the first time in its history, the Mustang is available with the steering on the ‘right’ side.