The F-Type is now also in four-cylinder form, and it just might work 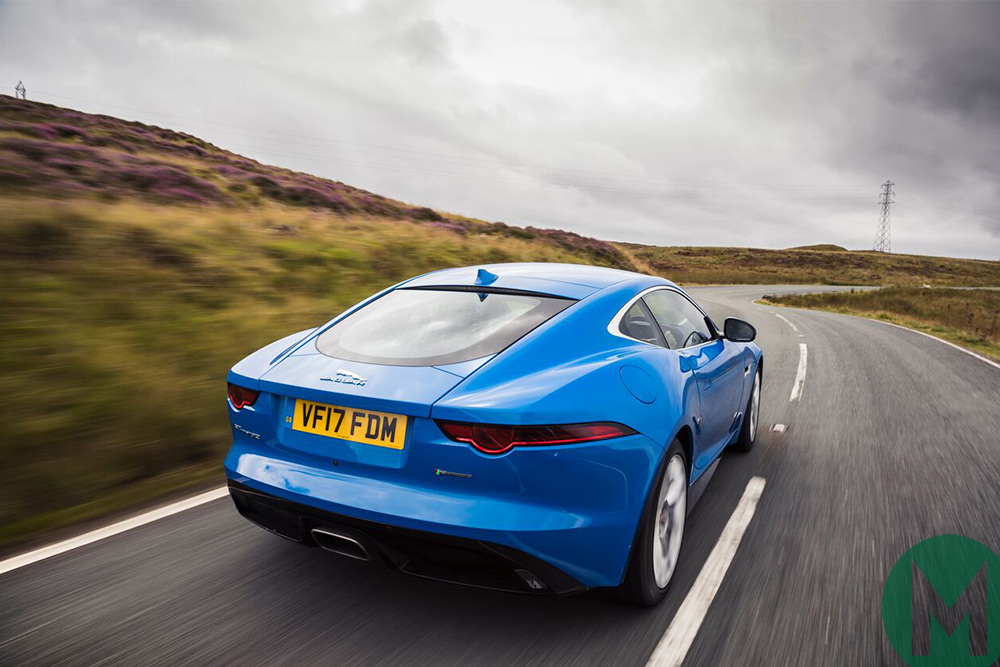 Even in these days when most Jaguars are sold with four-cylinder engines, the idea does not sit entirely comfortably with me. That’s not to say these are not perfectly good cars: the soaring sales of the predominately four-cylinder diesel F-Pace SUV are entirely deserved, but still, and at least at a conceptual level, it doesn’t seem quite right. A Jaguar is a multi-cylinder car with six or 12 cylinders, even eight if you must. But not four.

Even so I can also quite easily put such thoughts to the back of the mind and consider the car’s fitness for purpose in the class in which it competes, and I’d not be much of a motoring journalist if I could not. When you’re talking about mass market transport albeit at the premium level, even I can see that four cylinder make sense, even in a Jaguar. Indeed without them, Jaguar would not even be in these markets to begin with or, for that matter, probably any markets at all.

But a sports car is different. A sports car communicates on another level; nobody needs a sports car, so they must tap into the emotions and extract the money from your wallet through seduction, not reasoned argument. And what, I ask you, is in the least bit seductive about a four-cylinder engine, least of all when installed under the bonnet of the two-seat Jaguar F-type? The car’s not young any more but the design still holds up: a fastback dart that looks like it’s breaking the law parked at your local Asda. This is the car that finally got around to replacing the E-type, a car notable for many things, a four-cylinder engine not being among them.

Jaguar is perhaps fortunate that some of the ground has been prepared in advance and the news from the field is good: Porsche did exactly this for exactly the same reasons to the Boxster and Cayman and despite plenty of grumblings from the likes of me about the shortcomings of four-cylinder engines in such cars, sales appear not to have been affected. Moreover, while the Porsche fours were like for like replacements for their long-standing sixes, the Jaguar is a new model that sits at the entry point to the range. The sixes and eights remain. Even so, a price £100 short of fifty grand seems a lot to ask for a car with an engine less powerful than those you can find in certain Civics, Golfs and Ford Focuses.

Jaguar has done plenty to adapt the car to its new engine, including tuning the suspension and steering to suit, but the only big external giveaway is its big single exhaust. I think it looks rather good.

And its voice is better than most turbo fours. Jaguar has not tried to make it sound like it has more cylinders than it does – unlike Audi whose impressive TT S does a remarkably plausible impression of a five-cylinder motor – instead it’s tried to cover it with a blanket of aurally interesting other stuff for you to listen to instead: so it pops when you come off the gas, it plays sounds you might actually like to hear through the sound system (you’d be amazed at how widespread this technique is these days) and you can always hit the exhaust button and hear different variations on similar themes. Does it sound contrived? Yes, but no more than many other cars these days. I’d not say I thrilled to its sound, but it never annoyed me, which is more than I can say for the Porsche equivalent.

Nor did I find the performance on offer in the least bit lacking. It’s worth remembering this engine’s output is only 40bhp shy of Jaguar’s 3-litre supercharged V6 and it weighs 52kg less, so their power to weight ratios are not so different at all. Moreover it has only a little less torque, but it’s all there at 1500rpm, while the V6 makes you wait until 3500rpm. Truth is you’d have to ring the six’s neck before it would outperform the four and because the smaller engine also has surprisingly sharp throttle response, for almost all people almost all the time, the sound is all you’re losing.

For some that will remain a deal breaker and I understand. But you need to consider what you’re gaining too, and it’s more than a £3665 lower list price. According to official figures the 2-litre F-type will do almost 40mpg, compared to less than 34mpg for the V6. Don’t care about that? Well those who run them as company cars will struggle to ignore the tax man who will assess your bill based on 31 per cent of its already lower value, instead of 37 per cent.

But there’s something else, too. This slightly softer, slightly lighter, slightly better-balanced F-type is even more of a delight to angle through some quick corners. It’s not like the powerful versions where the fun comes from seeing how much torque the rear tyres will take before they start to slip; here the enjoyment is more cerebral but no less real. It comes from the sharpness of the steering, the beautifully judged damping, the genuinely excellent ride quality and an even more steely resistance to understeer.

There are elements of the F-type I don’t like: the lack of space inside for tall but still conventionally proportioned adults, the ugly dials and mediocre nav system. But I’ve felt this way about every F-type I’ve driven. As a thing to get in and drive, the four-cylinder car has actually gained at least as much as it’s lost, and those needing to think about the financial side of things really should give it a long hard look.

A four-cylinder Jaguar sports car may not sound that enticing an idea but, to my surprise, I must tell you the reality works just fine.