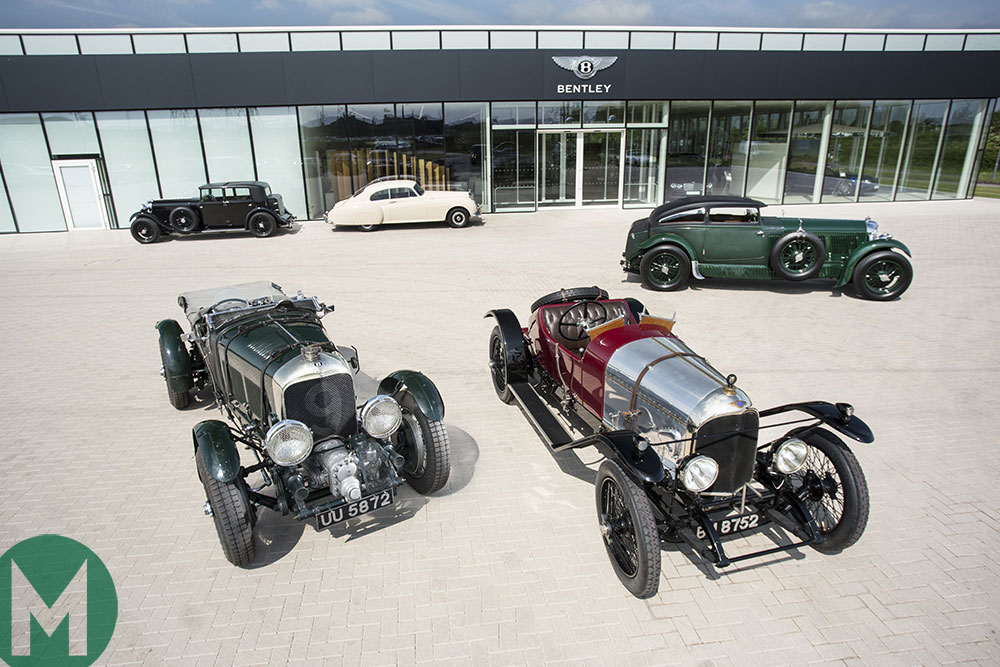 Bentley has announced plans to mark the brand’s 100th year with a series of activities taking place across Europe and America, including appearances at car shows, Concours d’Elegance, race meetings and a rally.

The itinerary kicks off with Bentley’s oldest remaining car and its first racing model, the EXP 2, being put on display at the Rétromobile car event taking place in Paris on February 6-10.

The prestigious brand was founded in 1919 by the legendary W.O. Bentley and in the company’s early years he made three prototypes of which the EXP 2 was the second. The first, the EXP 1, was introduced in October 1919; the EXP 2 was followed by the EXP 3, which was better known as ‘The Cab’ and became W.O.’s personal car.

The 3-litre four-cylinder engined EXP 2 made its debut was at the 1919 Olympia Motor Show and is considered a landmark Bentley as it bagged Bentley’s first recorded race win, in the Junior Sprint Handicap at Brooklands on May 16, 1921.

To show the full thread of the company’s history the EXP 2 will be joined on Bentley’s Rétromobile stand by the new Continental GT Convertible.

Just two weeks after the Paris show, Bentley will be in Florida for the annual Boca Raton Concours d’Elegance.

Then in March there is the Bentley Drivers Club Centenary Extraordinary Drive, which starts at the Queen Mother’s Castle of Mey in north Scotland then takes a scenic route to London via Bentley’s home at Crewe. This is followed by an April exhibition at Bonhams’ auction house in London.

There’s then a series of race events, the first starting just two days after the Bonhams event with Benjafield Racing Club’s W.O. Bentley race at Silverstone.

Bentley then will be present at two famous motor sport events this summer: the Mille Miglia and then the Le Mans 24 Hours – which is especially fitting as Bentley has won the famous endurance race six times.

Next up is the Rolls-Royce Enthusiasts Club Annual Rally & Concours at the Burghley House stately home in Stamford before all head to France for the Chantilly Arts & Elegance near Paris. The Chantilly Arts and Elegance alternates annually with Le Mans Classic.

Then it’s back to the US for the Rolls-Royce Owner’s Club National Meeting in Detroit, before the calendar is wrapped up with two more late summer Concours d’Elegance, first Pebble Beach in California then Salon Privé at Blenheim Palace in Oxfordshire.

Bentley’s celebrations also include introducing a special centenary model as well as a special race and parade at Silverstone Classic at which huge numbers are anticipated.

The calendar of Bentley’s centenary celebration events with their dates and locations is below.