Buried in north east London is a forecourt like no other 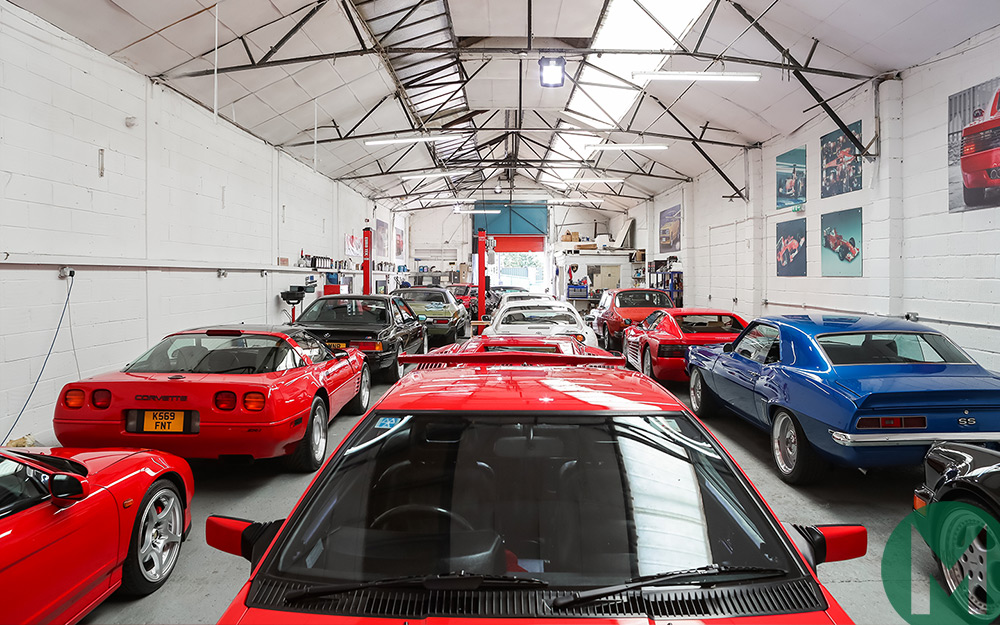 It’s not often a trip to see an estate agent is so looked forward to. It’s also not often that you happily drive away a few thousand pounds lighter.

That much is clear as soon as you arrive at his workshop in north east London. He runs Landbeasts, a car collection-cum-forecourt of stunning but affordable cars.

While others want to deal exclusively in hundred-thousand pound Porsches and Ferraris, Malik is more interested in little gems that capture perfectly the current car culture phenomenon that has seen big old Mercs rise in value, Fiat 500s become cool and Datsuns and Škodas more than just the butt of a joke.

“I do this because I love it, not to make money,” Malik says, looking over his vast and often-changing collection. His own Bullitt-esque Mustang is being detailed, dwarfing the original and perfect 500 that’s been primed for a prospective buyer’s test drive.

“I’m an enthusiast, just like you guys.” His own cars prove that, and they mingle with those bought to sell on, if he can let them go. “If you buy a car to make money you’re not really a car person. All my cars I drive, they’re not here to look pretty and I know them inside out.”

His success is down to Facebook, hundreds of thousands of people like his page to see the cars that come and go through his workshop and the cars he keeps. “I have people ask me to sell their cars for me now,” he says with a hint of disbelief. “I’m an estate agent, I don’t have time to do what I want with the page.”

Each of his cars means something: a Torino, because of Clint Eastwood – never restored, yet mint. The Mustang is because of Steve McQueen, obviously. His BMW M6 was owned by Richard Branson. On the wall is a photo of his bright yellow Nissan Bluebird, customised just for fun to such a point that it now looks like a 1970s GTR. He has a Supra because it was underappreciated at the time and still is (“the nicest cars never get the recognition”).

There is a matching 25th anniversary Diablo Countach and Ferrari 512 TR – because it’s the most ‘affordable’ Testa Rossa. At the back under wraps sits a 964 Turbo 2 that was a daily driver until recently; rocketing values have meant it’s now safely tucked away. Beside it is a Mitsubishi Starion, complete with ‘I run on unleaded’ window sticker, for it was the first car he bought when he made some money. One car along is a manual NSX, bought because Ayrton Senna had one. Then there’s the ZR1 Corvette – “I bought it for 15 grand, you can’t say no to that!”

Next door in the adjacent room is more a bazaar; among the Mercs, Scirocco and Capri for sale is an early Sierra, his dad’s old Toyota Cressida and an Elan (Bond, naturally). Somewhere there’s a Nissan Carina. Making a heck of a noise near the door is a C3 Corvette.

As for Malik, his enthusiasm is contagious, recalling collecting brochures as a kid, bemoaning the quality of TV car shows and the bolster damage blighting classic cars.

His collection is a unique and beguiling one that far exceeds the few mentioned here. It’s the antithesis to the looming zero emission brigade, almost, and so high are some classic car prices now that Landbeasts could well be the first of a new breed of specialists. The want is certainly there, from young and old.

It doesn’t take a Ferrari to turn heads, after all, just character. Landbeasts has that in spades. ​