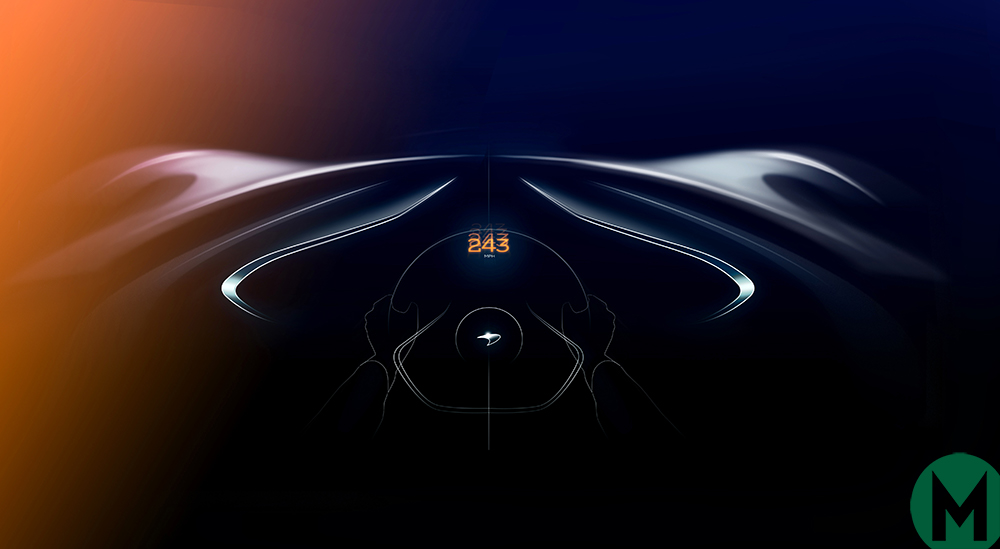 McLaren revealed teaser-photos of its petrol-electric hybrid ‘hyper-GT’ on Friday, claiming a top speed higher than the McLaren F1’s peak of 243mph. Codenamed ‘BP23’, it promises luxury and McLaren’s fastest car yet in a GT form.

Only 106 examples of the BP23 will be produced, much like the F1’s production run, as announced in November 2016. Each will be personalised by McLaren’s Special Operations department with an official name yet to be confirmed, with production to begin at the end of 2019.

Unfortunately for budding BP23 buyers, all have been pre-sold, according to McLaren.

The manufacturer helpfully points out that BP stands for Bespoke Project, the ‘2’ stands for the second such project (after the F1), and the three? That’s for the number of seats.