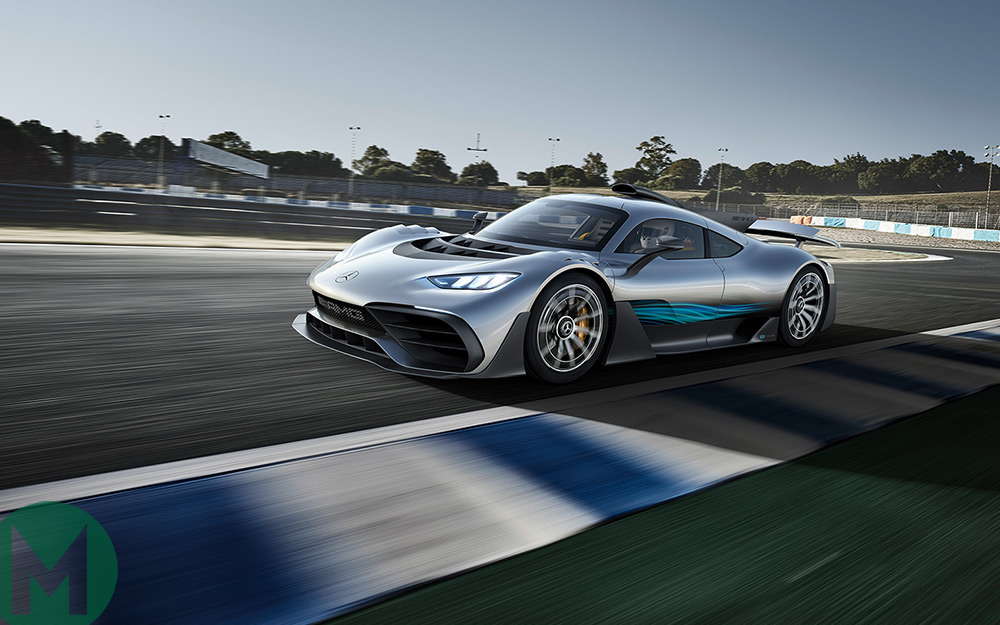 Mercedes-AMG certainly knows how to throw a party. On the eve of the Frankfurt International Motor Show, the marque has unveiled an F1-inspired hypercar with more than 1000 bhp to celebrate a half-century of their high-performance division AMG. They have dubbed it the ‘future of driving performance’, fitted it with a 1.6-litre V6 turbo hybrid F1 engine and given it a purposeful name to boot: the Project ONE.

Although at present the Project ONE is just a concept car, Mercedes has teased some spine-tingling figures. A V6 petrol engine working in conjunction with four electric motors will push the power output into four figures and on its way to topping 217 mph, the Project ONE can hit 125 mph inside six seconds. That’s faster than a Bugatti Chiron. But don’t think this car can only do speed. As it cruises along the Monaco harbour front the Project ONE has the ability to be sleek and silent, travelling for up to 25km on its zero emission electric motors.

As well as the latest in hybrid technology, the Project ONE features a two-seat monocoque interior and an F1-style steering wheel with the sorts of buttons and switches that only Lewis Hamilton can understand. Aside from that though, there isn’t much else inside – except for a screen displaying your tyre temperatures and showing how close you’re getting to the car’s 11,000 rpm limit.

The Project ONE is an effort by Mercedes to reassert itself in the hypercar market, but you better be quick if you want to get your hands on one of these £2.5 million hypercars. There’s a limited run of 275 cars and almost all have been ordered already.