Tesla grabbed headlines with its sports car, but there’s a bigger picture to take in 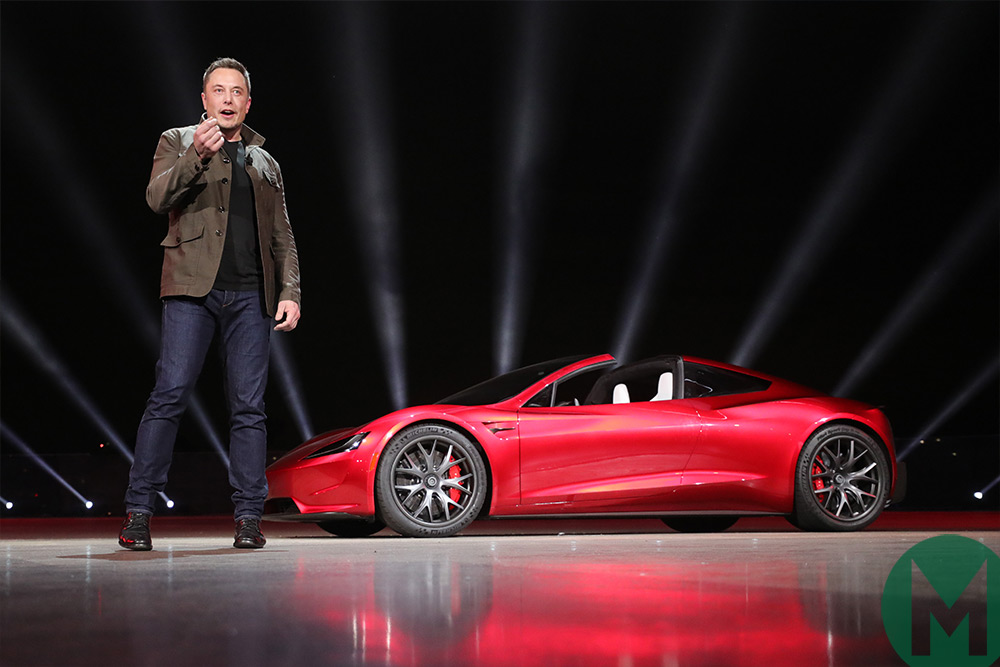 I would contend that there is no more enigmatic car manufacturer than Tesla right now. To call it a company of contrasts is to understate the really rather obvious, and not just because last week it announced a new roadster and a new full-size lorry on the same day.

Consider the following: in April this year Tesla gained a market capitalisation higher than General Motors, the US’s biggest car maker. Yet while the General made 10 million cars in 2016 and made $9.43 billion in profit, Tesla delivered just 76,000 cars and lost $773 million. Such is the span of predicted outcomes for the company over the next 12 months that one Morgan Stanley analyst says its share price could hit both $400 and $200 before the end of next year. At the time of writing it stands at around $317.

Tesla has been hailed as bringing the future of motoring to the present day with its attractive, tech-laden and superfast electric cars. Yet so too are there some authorities with exceptional reputations who consider the company to be doomed. Only last week, scion of the US motor industry Bob Lutz said “The company, folks, is going out of business. At this rate they’ll never get to 2019”. Like others, he believes the announcement of the new truck and sports car are a diversionary tactic intended to obscure what they believe to be the rather less edifying truth about the real state of the business.

Then again you might conclude that such comments say at least as much about Lutz – who has held top jobs at all of America’s Big Three, those most at threat from Tesla if it achieves long-term success – as it does about the company at which they are aimed.

So what is going on? Strange though it may seem, Tesla has been producing cars for less than 10 years. The toe in the water was the Lotus Elise-based Roadster, which pioneered the use of the lithium-ion batteries now used by all electric and plug-in hybrid road cars, beating even the Nissan Leaf into production. But it was the Model S of 2012 and 2015’s Model X gullwing SUV that brought the company into the mainstream.

But for Tesla the gamechanger was always going to be the new Model 3, which has a sticker price of just $35,000; and it is Tesla’s current inability to get anywhere near its delivery targets for that car that lies behind the slew of negative headlines in the press of late.

Tesla calls it a production ‘bottleneck’ and is sure the issue is not fundamental but short term and under control. But it is also putting it somewhat mildly: in the third quarter of this year it delivered just 220 Model 3s – it had predicted making 1500. The original plan had been to be pumping out 5000 Model 3s every single week by the end of the year. This figure has now been pushed back to March, though the final target remains 10,000 cars per week giving an annual production volume of over half a million cars.

And it should be ‘bottlenecks’ because issues are believed to exist both at the California plant where the cars are assembled and the Nevada ‘Gigafactory’ where the batteries are made. No wonder even Elon Musk has conceded his company is in ‘production hell.’

But it would be a brave person who bet it all on Tesla’s imminent demise: everything seems to hang on whether those production issues are indeed just inevitable teething troubles for such a young company expanding at such a vast rate doing things no car company has ever done before. If they can be cured the future remains bright: Tesla already has half a million people who say they want a Model 3 and the reports from those who have driven it have been almost universally positive. Tesla is clearly in tune with the times and while customers may have to wait a few more months for their cars than expected, many have already been happy to wait a year or more and show no signs of walking away.

Of course even when it’s building 500,000 cars per year that will still be one car for every 20 produced by GM and its established rivals are not sitting on their hands: everyone now knows the future is electric and giants like GM and Ford are likely to be in a far better position to absorb the massive development costs than Tesla, whatever its theoretical market value may be from one day to the next.

In the meantime, and even if it is a smokescreen, Tesla is to be congratulated for having the chutzpah to unveil an electric lorry capable of hitting 60mph in 5sec and a gorgeous new roadster said to be the world’s fastest accelerating car with a 0-60mph time of, would you believe, 1.9sec.

A desperate last roll of the dice or an expression of the confidence within a company that knows it is weathering the storm before the calm? Either way, 2018 look like being Tesla’s most important, and interesting, year yet.