Abarth, Mini and others join Bentley in marking anniversaries at the 2019 Classic 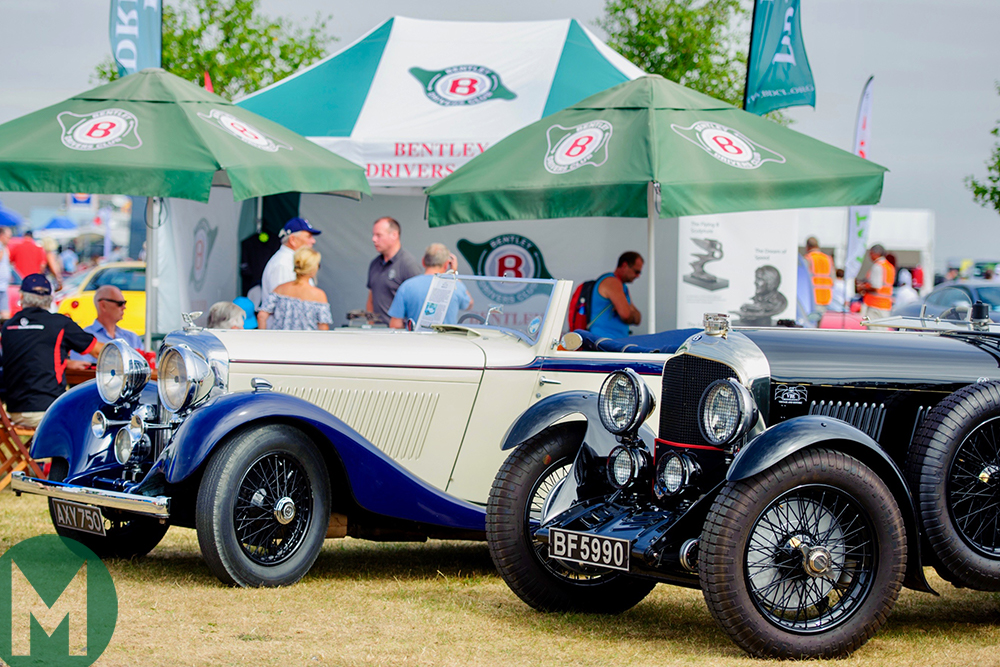 The Silverstone Classic has not only established itself as the world’s biggest classic motor sport festival but also as the event that marks an array of important motoring anniversaries.

And this year’s will be no exception, with the anniversaries led by marking 100 years since the Bentley brand was founded.

Updated: Silverstone Classic has confirmed that the race dedicated to Bentley will take place on the event’s Saturday evening and participants will compete for the Bentley Centenary Trophy for Pre-War Sports Cars. Organisers hope to get a record turn-out of more than 30 period Bentleys in a field also featuring pre-war Alfa Romeos, Aston Martins, Bugattis, Fraser Nashes, Lagondas and MGs. A special track parade of Bentleys is also planned for the Saturday and again huge numbers are anticipated.

“Those glorious tales of the big green Bentleys thundering through the French night are part of motor sport legend passed down through the generations,” said Silverstone Classic CEO Nick Wigley, referring to Bentley’s all-conquering Le Mans record. “Now we will be recreating some of that magic at sunset on Saturday at the Classic to celebrate what is a very special moment in Bentley’s remarkable lifetime.”

“This is such a significant anniversary – a once-in-a-lifetime celebration which is certain to appeal to all those with eligible Bentleys,” added Motor Racing Legends’ chairman Duncan Wiltshire, which is organising the race.

“As a result, we are expecting an enormous turn-out and, by all probability, the biggest grid of racing Bentleys ever seen anywhere in the world.”

The prestigious luxury brand was founded in 1919 by the legendary W.O. Bentley and the Bentley Drivers Club will therefore be out in force at Silverstone this July.

In addition Abarth this year marks 70 years of its distinguished road and racing pedigree and this will be marked at the Classic by the Abarth Owners Club.

Marcos and Mini clubs will mark 60 years of their iconic cars while both the Ford Capri and Triumph TR6 – two endearing 1960s’ sportscars with strong followings – will celebrate golden jubilees.

The BMW Z1 and Mazda MX-5 turn 30 this year as well, both evocative two-seater models much-loved by enthusiasts, and which appear routinely at the Classic.

In recent years several of the Classic’s parades have also smashed world records for the number of cars gathered, and this has included gatherings of E-type Jaguars, Ferrari F40s, Porsche 911s, Ford Mustangs, Jaguar XJ220 supercars and McLarens.

“Whether it’s on or off the track, the Classic is one of the world’s biggest celebrations of motoring history, with more than 10,000 magical cars from yesteryear on show over three jam-packed days,” said Silverstone Classic CEO Nick Wigley.

“But while the unrivalled numbers are impressive, it’s the special automotive anniversaries that always add extra sparkle each year… and in 2019 we have some real jewels to celebrate. The cars are the stars at the Classic!”