Double-amputee racing driver Billy Monger talks about recovering from his serious crash, racing with hand controls and his friendship with Lewis Hamilton in a new podcast

Placed in an induced coma after a heavy collision in a Formula 4 race at Donington Park in 2017, Billy Monger had to fight for survival. But the young driver immediately showed his racing spirit soon after waking up, by asking who had won the race.

Despite losing both legs as a result of his injuries, the 20-year-old is now back in racing, winning this year’s Pau Grand Prix, and still has ambitions to compete at the highest level.

In the latest podcast with the Royal Automobile Club, Monger talks about his recovery; racing with hand controls; and his friendship with Lewis Hamilton, as well as becoming the youngest recipient of the prestigious Segrave Trophy.

The podcast was recorded at the Royal Automobile Club on the day that Monger was awarded the Segrave Trophy, which recognises British nationals who demonstrate “outstanding skill, courage and initiative on land, water and in the air.”

He was presented with the award “for demonstrating exceptional courage and determination after great adversity and returning to high levels of motorsport.”

Following the Formula 4 crash, Monger was back in a racing car within three months and now competes in the Euroformula Open series. The Carlin driver took his first major win this year when he won the Pau Grand Prix from 11th on the grid. 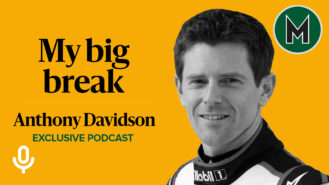 For most racing drivers, the chance to step up to Formula 1 is the opportunity of their careers, but Anthony Davidson says that his first grand prix start is something… 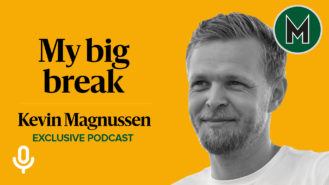 Kevin Magnussen tells Chris Medland about the make-or-break moments that saw him enter F1 with McLaren and return this year at Haas, in the My big break podcast series 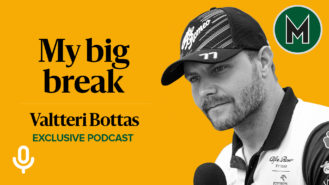