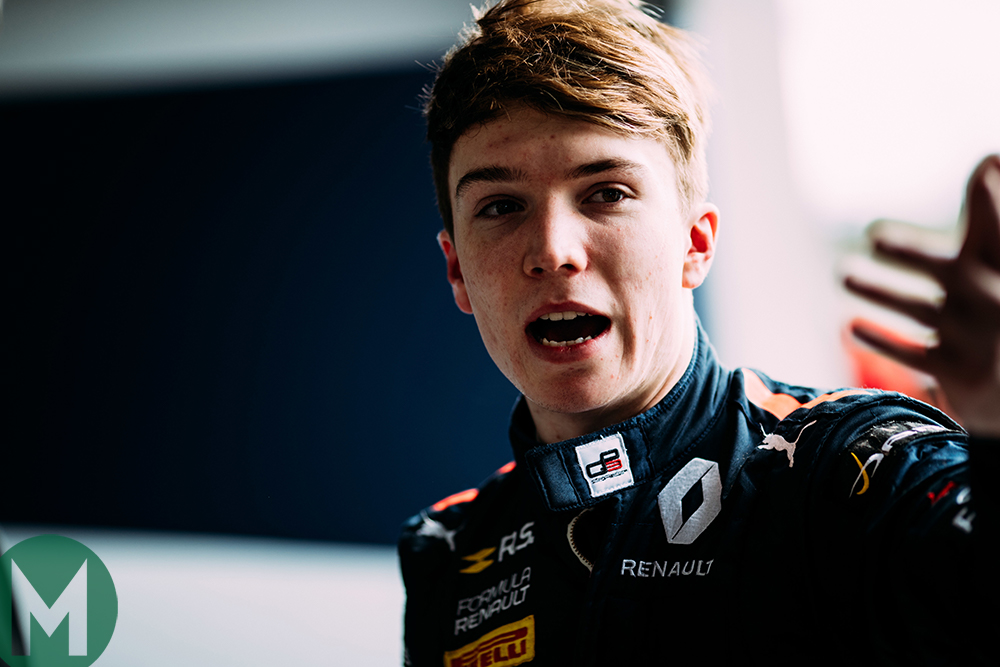 In a quest to receive his Superlicence to compete in Formula 1, Red Bull Junior driver Dan Ticktum is racing in the Asian Formula 3 Winter Series. But he’s having a torrid time, if his post-race interview after the third race of the opening round at Buriram, Thailand, this weekend was anything to go by.

Ye Yifei won the third race by just 0.485sec over Ticktum. But the young Briton had some words for the television interviewier (around 1hr 10min into this video).

“It’s been a disaster,” he replied when asked about his weekend.

“For most of the race it was like it was raining for me because… there was a lot of oil coming out of the back of his car,” he went on to explain.

“If you look at the front of my car, you can see all the oil so for me there was something, I don’t know, something wrong with his car.

“Apart from there there’s nothing else to say. Second is not where I should be finishing and the other two races I had on the weekend were: shit set of tyres and I got hit off by my team-mate in the first one.

“So that was it. Disastrous weekend for me and, yeah, that’s it really.”

Ticktum also walked off the podium instead of celebrating his second place.

Earlier he had finished third in race two but was demoted to after receiving a 10sec penalty for exceeding track limits, and in race one, where he started on pole, he was forced to retire.

The Macau Grand Prix and Autosport BRDC Award winner courted controversy in 2018 as he questioned Mick Schumacher’s upturn in form at the end of the European Formula 3 Championship.

On Instagram, he wrote: ‘Interesting is how I would describe [Prema driver Schumacher’s] pace and I am confident many people in the F3 paddock will agree.’

But he later deleted the post and denied that he was accusing Michael Schumacher’s son of cheating as the 19-year-old German won five races in a row on his way to the 2018 European F3 title.

Ticktum will continue to race in the Asian F3 Winter Series, and will not compete full-time in the 2019 Formula 2 series as he hopes to earn a Superlicence.