Nothing was left to chance. Mercedes-Benz entered five cars – one more than Auto Union – and brought eight to the circuit. Team leader Rudi Caracciola arrived on the back of victories in the French and Belgian GPs. And he’d won the Eifelrennen at the ’Ring. 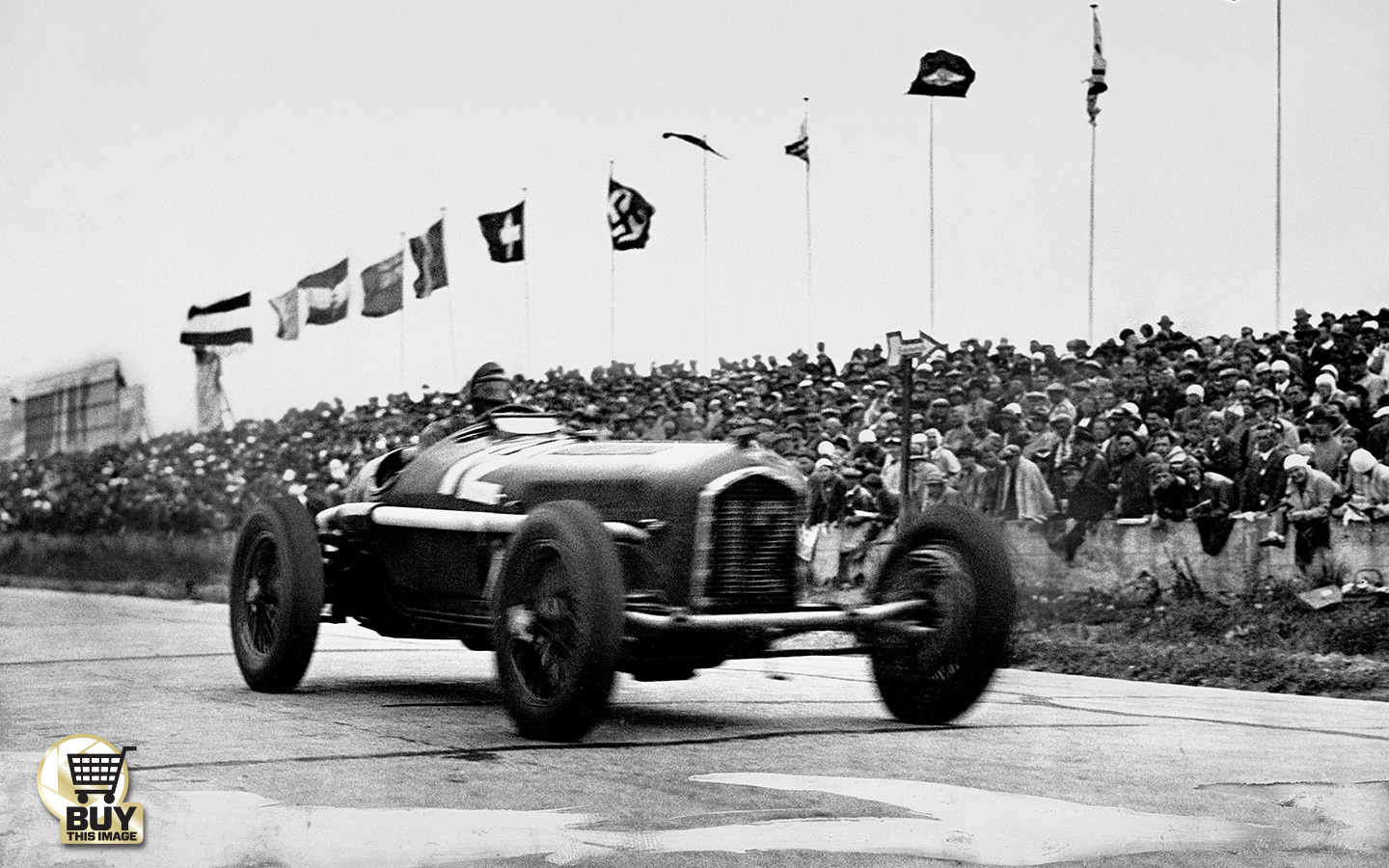 Auto Union had stretched its V16 to 5.6 litres and had the strongest line-up in its history: Hans Stuck, winner of the 1934 German GP, new signing Achille Varzi and insouciant but brilliant newcomer Bernd Rosemeyer, who had so enraged Caracciola with his impudent challenge at the Eifelrennen.

What must Tazio Nuvolari have thought? His Alfa Romeo Tipo B now benefited from a 3.2-litre engine – mistakenly reckoned to be a 3.8 in some contemporary reports – and independent front suspension, but in reality this once-great design was a creaking relic, being some 100bhp and 25mph down on its German rivals.

Nuvolari was 42, still wiry but greying round the temples. He’d tried to join Auto Union in the off-season but long-term rival Varzi had beaten him to it. Minor victories at Pau, Bergamo, Biella and Turin, the Germans absent, were crumbs. And although his front-row start and fastest lap in the French GP indicated he remained a force, an early retirement showed that his car was overstretched.

So he took it easier at the ’Ring. Awarded a balloted slot on the front row, he completed the first lap in second place. The circuit was damp because of overnight rain – and heavily rubbered after a long dry spell – and Caracciola, the master of such conditions, set the early pace. Nuvolari was happy to allow him to do so, and content to let Rosemeyer, Fagioli, Louis Chiron, his Scuderia Ferrari team-mate, and von Brauchitsch past on the second lap.

The pace was hectic and Rosemeyer was its first casualty when he thumped a bank and pitted for new tyres. By which time Nuvolari was the sole remaining Alfa – and on the move. Fourth by lap eight, second by lap nine, he led laps 10 and 11, having dragged Rosemeyer, on new tyres, with him. 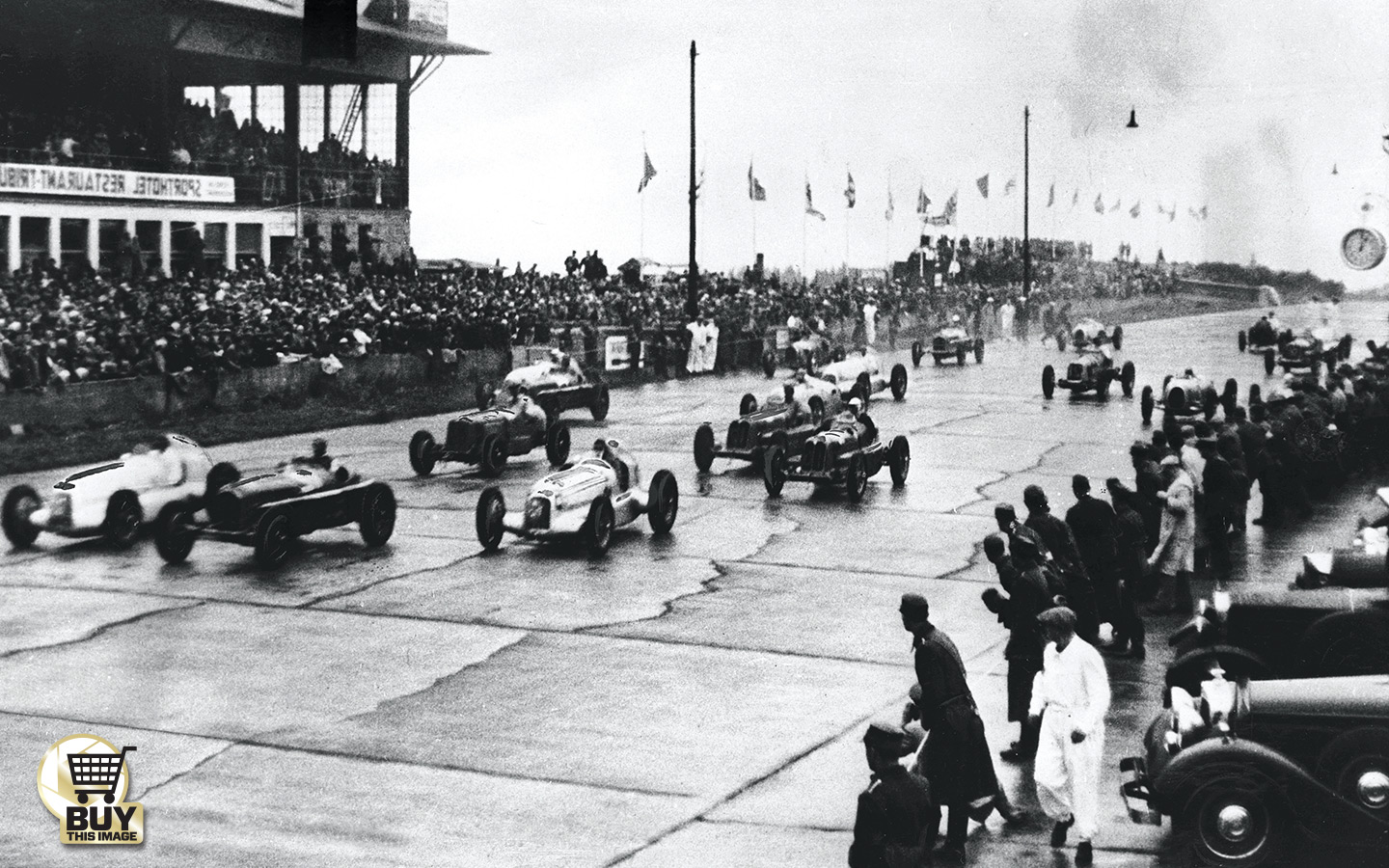 This push was triggered by Nuvolari’s knowledge that his pitstop would be slower than his rivals’. Not by this much, however. The winding handle on his refuelling equipment snapped and his tank had to be filled using churns while the great man, brandishing a wheel hammer, berated his mechanics and hopped agitatedly from foot to foot.

In contrast to Nuvolari’s theatrical 2min 14sec, von Brauchitsch was on his way after just 47 sec. Notoriously hard on tyres, the damp early stages allowed him to consider one stop rather than two, and he took the lead when Fagioli pitted after lap 12.

By which time Nuvolari was second again, having made up four places in a single lap. He was helped by Fagioli’s long stop, Rosemeyer’s cracked fuel pipe and Caracciola’s, ahem, tape worm, making him feel rough. There was no denying, however, that the animated Nuvolari was inspired, urging his car as though it were a horse.

Von Brauchitsch set a lap record in response and would have been comfortable with a 1min 27sec lead with seven laps remaining had it not been for the fact that it was Nuvolari, the devil himself, doing the chasing. The formidable Italian shrank the gap inexorably: 1min 17sec, 1 min 3sec, 47sec, 43sec. Mercedes-Benz hung out the Slow! sign, but von Brauchitsch continued to press until it was too late for a splash-and-dash. ‘Unlucky Bird’ was trusting to luck – and a 35-second lead.

Both ran out on the last lap when a rear tyre burst at the Karussell. Nuvolari swept past to victory, the huge crowd momentarily stunned before according him deserved acclaim. The little Italian, drowned by a huge wreath intended for a German hero, handed the embarrassed organisers a recording of his country’s national anthem, which he carried with him just in case, and gave a half-hearted, bent-armed salute as it reverberated over the PA.

Von Brauchitsch, meanwhile, had bumped on battered rims beyond his pit to hide his tears. He had taken a chance and come away with nothing. What must he have thought? NSR 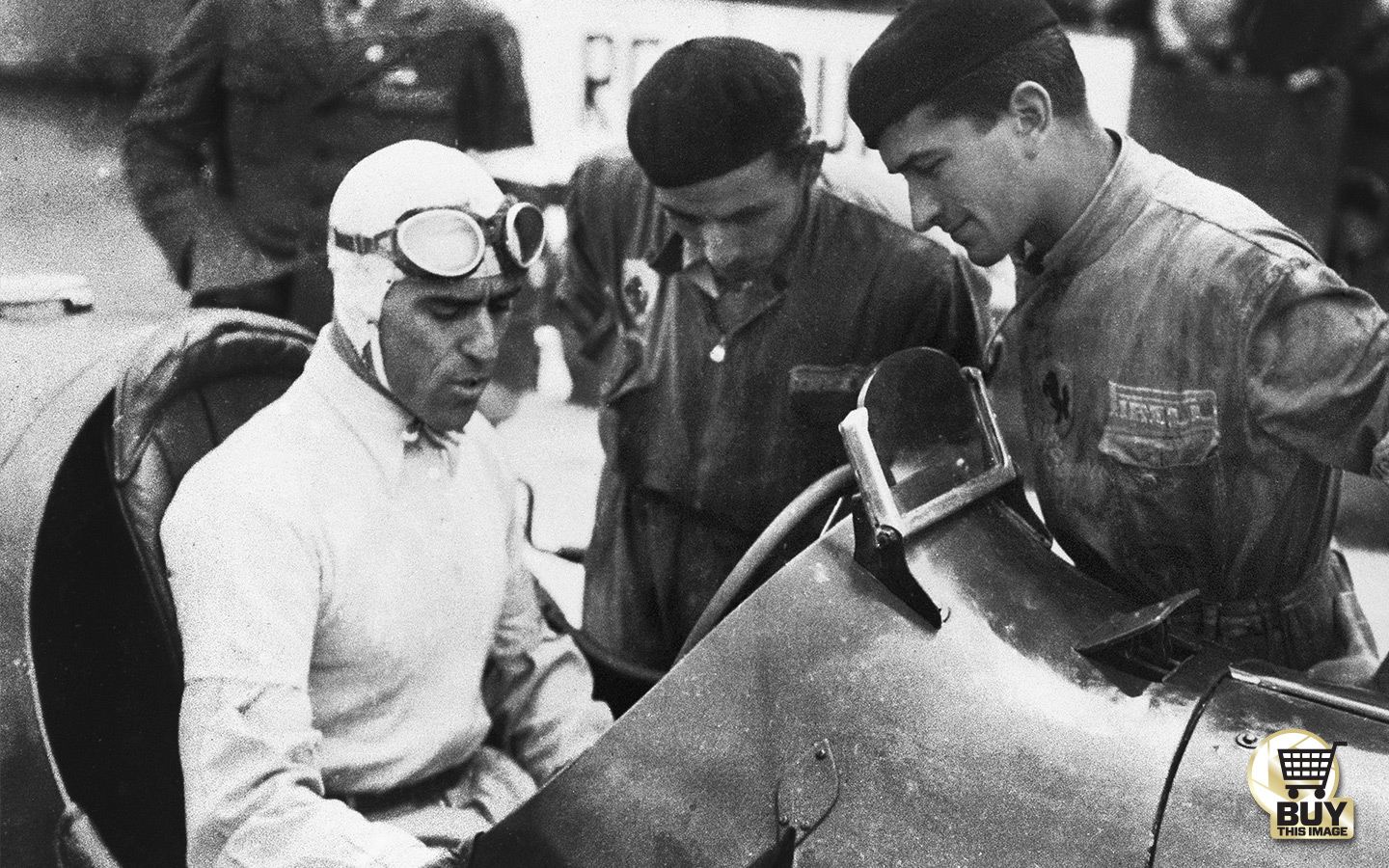