The two principal car requirements of Silverstone are aerodynamic efficiency and horsepower. And so, obviously, you didn’t need to look beyond the Mercedes W11.

The team’s recent Silverstone record was scary enough before you even considered the three 2020 races held so far. Mercedes was aiming to be the first constructor ever to take eight consecutive pole positions at the same venue.

It was pretty much a foregone conclusion with the only question whether Valtteri Bottas could steal pole to put one across Lewis Hamilton for the second successive Silverstone grand prix.

For much of qualifying it looked as if he could, Bottas devastatingly quick through sector one as he topped Q1 and Q2. Lewis, by contrast, put himself on the back foot when he uncharacteristically spun at Luffield on his first Q2 run when trying to make Q3 on the medium compound Pirelli tyre — a tad slower over one lap but a much superior race proposition.

Doing that in a Mercedes was practically a given but the spin meant that Lewis’s second Q2 run carried with it some tension. He couldn’t afford an error and he was susceptible to any unfortunately timed incident.

“I took some deep breaths and composed myself,” Hamilton admitted. And how. His second run was problem-free and got him through second, just over three-tenths behind Valtteri. Then, on the soft tyre in Q3, he produced two spellbinding laps, both good enough for pole, to turn the tables by the same margin. 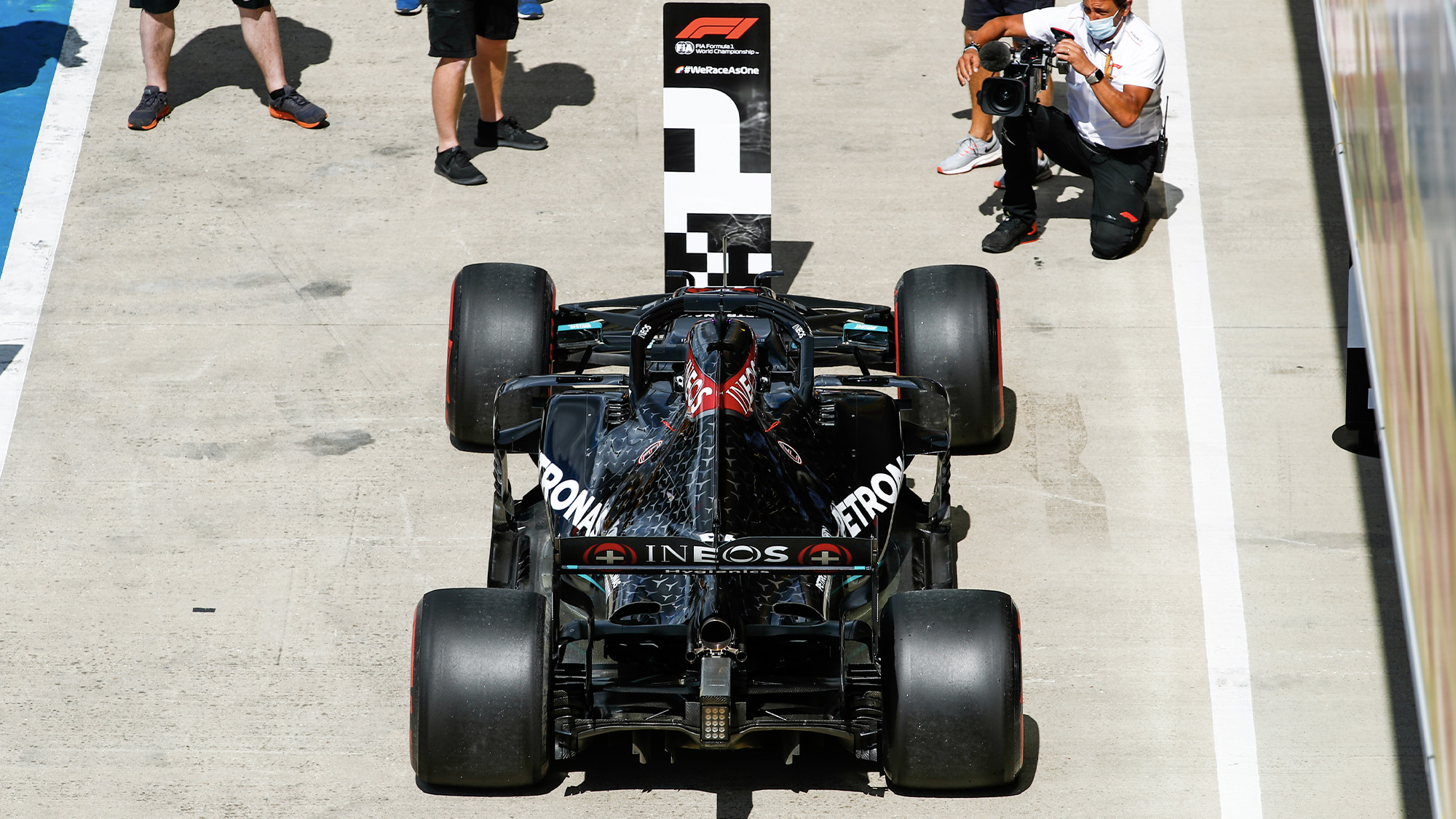 Bottas was left a bit shell-shocked: “I felt very comfortable on both tyre compounds but then in Q3 the car started to drift a bit with the rear end and Lewis found more time than I did. But, my long run pace yesterday was good and I believe there will be opportunities.”

Whether they will exist for anyone else, is extremely unlikely. Prior to qualifying, Max Verstappen said, “You never know. Last year we came here expecting to get smashed and we qualified within two-tenths. If it’s half a second this time, I’d be happy because we’re closer in the race.”

Sadly for Red Bull, the delta was double that. Hamilton’s pole was 1min 24.303sec and Verstappen’s third-place time 1min 25.325sec. And the race weather forecast is for more of the cooler conditions of Saturday rather than the baking 34 degrees ambient of Friday, which might have played more in favour of Christian Horner’s troops.

Verstappen assessed that progress had been made with the RB16 since Hungary, but that the car was still sensitive. Alex Albon could certainly verify that, junking his car with a high-speed off at Stowe on Friday when the rear end snapped away from him mid-corner. The rebuilt car fired up fine but he lost more time in FP3 on Saturday morning with an electrical problem.

MPH: Why is Mercedes so far clear of its F1 rivals?

Mercedes looks to have made another stride forward in performance this season, but that's not the only reason why it has been so dominant in the first three grands prix, says Mark Hughes

He got a few laps in at the end of the session and, initially on the medium tyre in Q2, lapped exactly four-tenths shy of Verstappen. Right on the bubble, he swapped to the softs for his second run but missed out on a Q3 slot by 0.05sec and starts 12th. He’ll have freedom of tyre choice but passing at Silverstone is never the work of a moment.

In the run-up to Silverstone, Ferrari chairman John Elkann conceded that the team is unlikely to be winning again before 2022 but gave a vote of confidence to team principal Mattia Binotto as Maranello announced a technical reshuffle.

With aero issues and a loss of power in 2020, Silverstone was expected to be a tough weekend with speculation over whether the red cars would actually avoid being lapped!

Against that backdrop it was a surprise when Charles Leclerc used the medium compound to clear Q2 and then qualified fourth quickest on the soft tyre – on which the car had felt awful the previous day – with a best lap just a tenth down on Verstappen.

“I’m very happy with that!” Leclerc admitted. “I didn’t expect P4, especially on the mediums. We were destroying the soft quickly, so starting on the medium will help us a lot.”

Look forward, then, to a highly charged opening lap. Bottas will be more than keen to jump Hamilton and territorial disputes involving Verstappen and Leclerc are always spicy – remember last year! 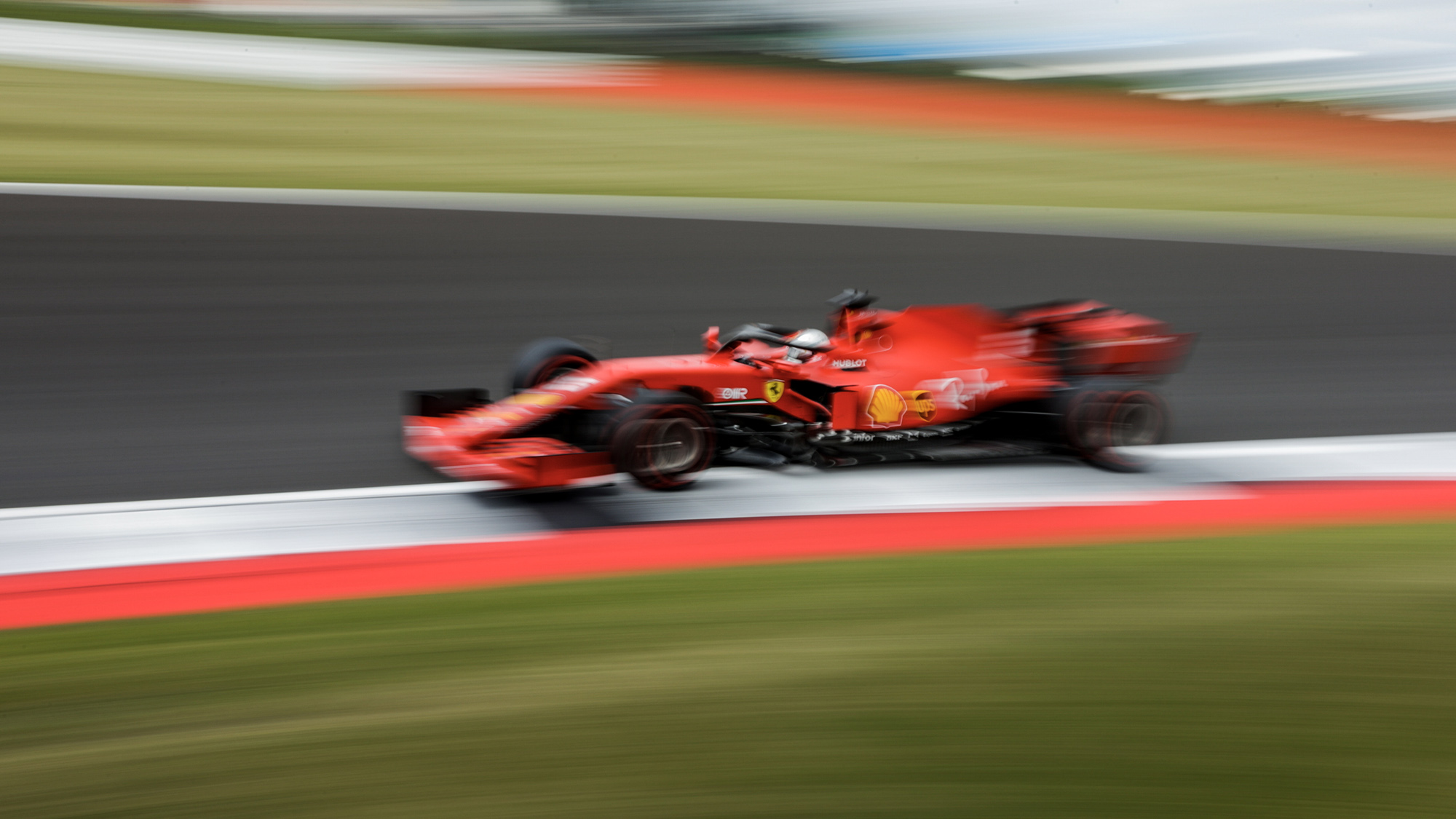 Leclerc’s Ferrari was faster than expected in fourth

Take a bow Lando Norris. While McLaren was targeting Q3, the team was not expecting to outqualify Racing Point around Silverstone. Norris and team-mate Carlos Sainz didn’t think they had sufficient pace to use the medium in Q2 and got through safely enough on the soft. Then Lando produced another great lap to beat his team-mate by almost two-tenths and qualify fifth as the pair of them sandwiched Lance Stroll’s Racing Point. Hanging onto those positions in the race could be tough though. Starting behind them, outside the top 10 and likely on the medium tyre, will be a Red Bull and a Racing Point.

Quite how Nico Hülkenberg will fare in the second ‘pink Mercedes’ will be interesting. When Sergio Perez tested positive for Covid on Thursday, Hülkenberg thought he would be driving a GT race in Germany this weekend. That soon changed and he re-routed from Cologne to Birmingham, and thence to the familiar Silverstone territory of the team for which he raced for four seasons to the end of 2016.

“I could see after first practice his head was leaning to one side. He has quite a long neck, which in F1 is not nice to have!”

He finished a seat fitting at 2am Friday, was back for a quick simulator session at 8am and then his mandatory Covid test at the circuit, before being given the all-clear 10 minutes before he was due out on the track!

When you’ve been out of an F1 cockpit for nigh on eight months, Silverstone is not the kindest place to make your return. I recall Martin Brundle telling me that when you’ve been away for just the winter and you test at Silverstone in February/March (in the days when you could!) everything comes at you a bit quickly and you’re behind the car for a while.

And Hulk, of course, was coming back into a chassis with perhaps more downforce/grip than anything in the field bar the works Mercs. Against a driver whose ability is probably beyond the perception. 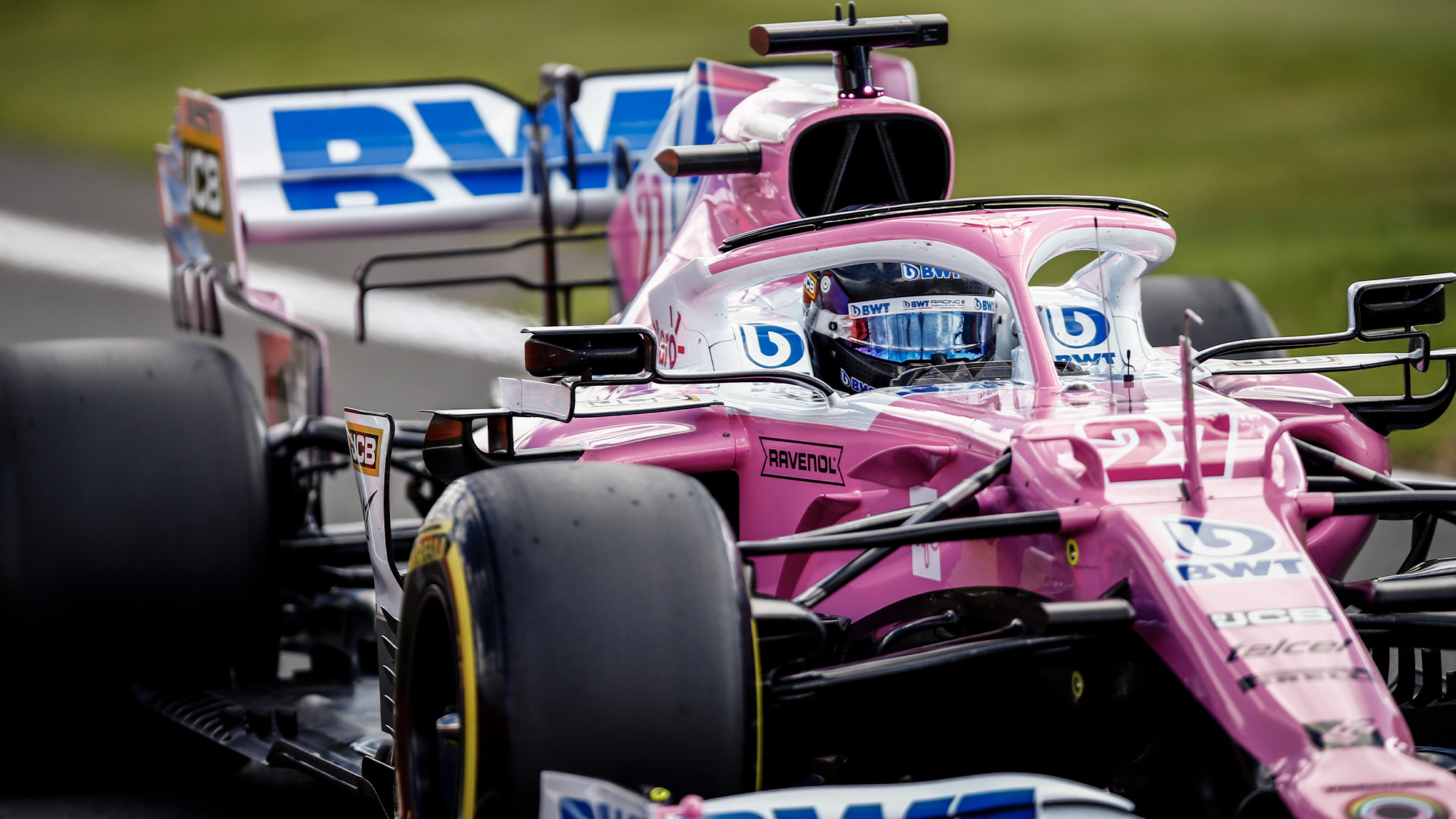 Hülkenberg did a good job. Just over half a second from Stroll on the opening day, you knew that deep down, as a racer, he’d have been hoping to have Lance. He didn’t quite manage it though. Stroll made it through Q2 on the medium compound tyre by the skin of his teeth, 10th, with Pierre Gasly recording an identical 1min 26.501sec lap, down to the last thousandth on the soft, but doing it later.

Albon was four-hundredths behind that and Hülkenberg, who did his first Q2 run on the medium then switched to the soft, was a further two-hundredths down. As Christian Horner said, such fine margins.

So, was The Hulk happy to end up just 0.06sec adrift of his team-mate first time up?

“Yes and no. I felt that there was more potential and I left a bit on the table. I’ve never felt so much speed and downforce. Very impressive. But also tough…”

He’ll certainly know all about a sore neck by the end of the race. As Verstappen chortled, “I could see after first practice his head was leaning to one side. He has quite a long neck, which in F1 is not nice to have!”

The great story, of course, would be Nico finally getting the monkey of most F1 starts without a podium off his back. From 13th, even on the right tyre, that’s got to be asking too much. But with a few days recovery and more car-fit / preparation time, it might be a bit more realistic next weekend.

Daniel Ricciardo and Esteban Ocon qualified the Renaults eighth and ninth respectively, Ocon leading the way until Ricciardo pulled out a strong 1min 26sec flat on his final run, missing Sainz’s seventh-place time by just 0.04sec, with the French F1 returnee a couple of tenths adrift.

Completing the top 10 after a nightmarish couple of days, was Sebastian Vettel. He lost most of Friday to an intercooler problem and, apparently, issues with his pedals that were preventing him from feeling comfortable in the car. This is Ferrari. When Nigel Mansell first walked through Maranello’s portals and grasped the extent of the resource, one of the things he referred to was a choice of about 60 different pedals. So you’d imagine they might find a couple that Seb was happy with.

He lost more time on Saturday morning and, in Q2, lapped a quarter of a second slower on the soft tyre than Leclerc on the medium. He eventually ended up 10th, the best part of a second behind Charles, and on the wrong starting tyre.

He had no answers. “I struggled to find a rhythm. The car was not too bad but it just didn’t fit me today.” For a man who won the British GP in a Ferrari just two short years ago, all a bit baffling.

It will be a familiar back-row start for George Russell, even though he made it into Q2 again. Stewards imposed a five-place grid penalty and three penalty points for failing to respect double waved flags in Q1.

There will be two separate races tomorrow but, as I said, don’t miss the opening lap!

*Driver will move back five places due to a penalty