As Valtteri Bottas sent Lando Norris skittling into the side of Sergio Perez and Max Verstappen, the prospect of a wheel-to-wheel battle between the Dutchman and title rival Lewis Hamilton vanished and took a great deal of anticipation out of the last F1 race to date.

That is set to change this weekend around one of the most legendary Formula 1 locations still on the calendar: Spa-Francorchamps.

Verstappen and Hamilton are set to go head-to-head once again and neither is likely to give after the events of Silverstone, but which one will end up the victor on Sunday afternoon?

Along with a chunk of the Red Bull Racing budget for 2021, the team and its driver lost the lead of both championships in the aftermath of Silverstone and Hungary, while Mercedes and Hamilton capitlised to overturn an advantage that looked insurmountable on the back of three consecutive wins for Verstappen between France and Austria.

Who holds the cards this weekend then? On paper, Mercedes has been comfortably quicker than Red Bull around Spa in the past but the bigger picture in 2021 indicates that Red Bull still maintains a pace advantage over its direct rival.

Qualifying won’t mean everything either. As the cars rise above the crest of Radillion and surge through the Ardennes, there is plenty of potential for overtakes into Les Combes and a chance of fireworks as Hamilton and then-Merc team-mate Nico Rosberg proved in 2014.

On that afternoon, it handed Red Bull’s Daniel Ricciardo the victory, the last win for the team in Belgium. Will similar scenes play into Red Bull hands this time around or can Hamilton extend his advantage in the championship? 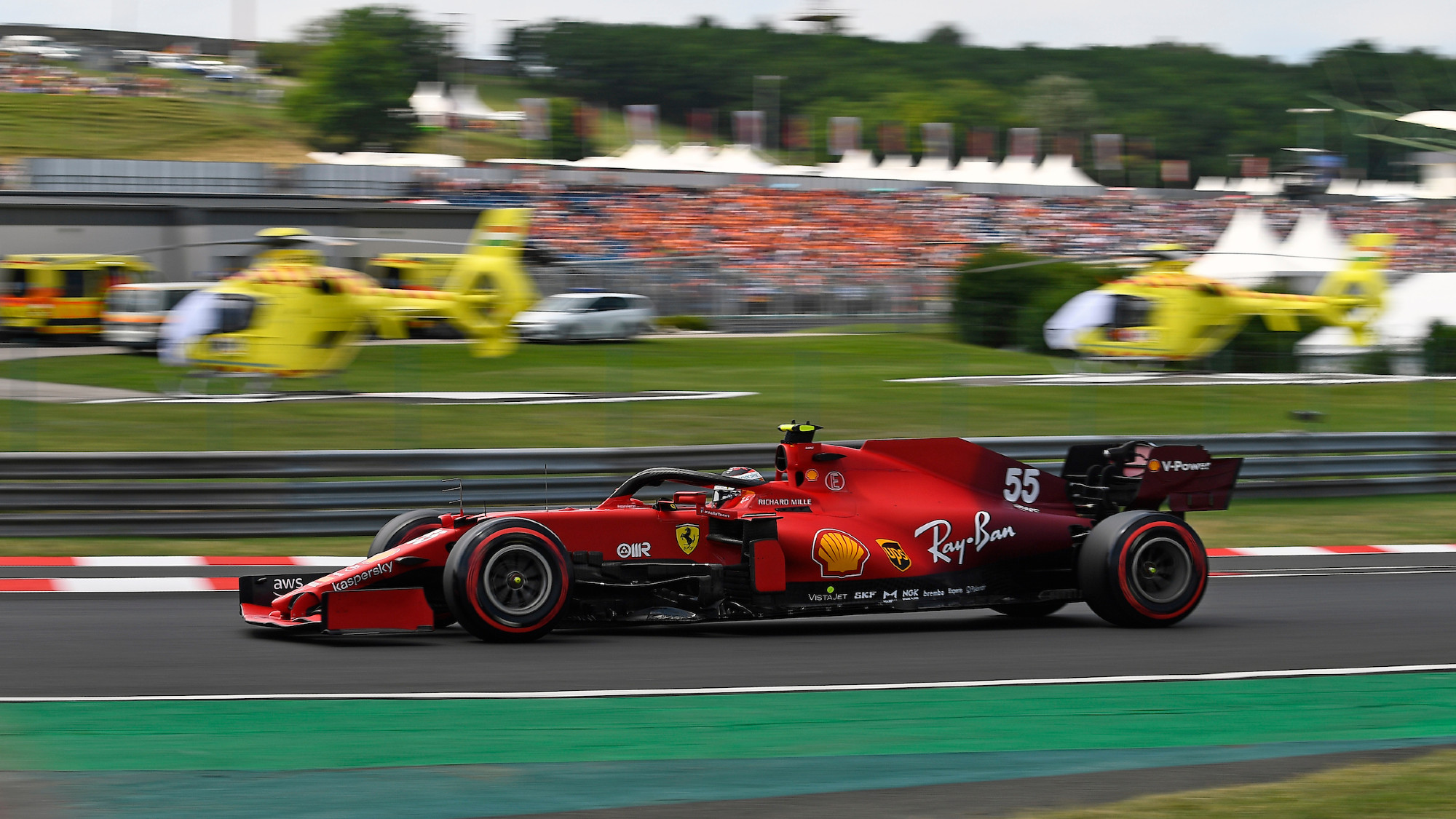 Ferrari is bringing power unit updates to the Belgian GP

Noises coming out of Maranello during the summer break bode well for the Tifosi for the second half of the 2021 season. Team principal Mattia Binotto has suggested the team has found decent gains with a new power unit update set to arrive for the Belgian race this weekend.

With Charles Leclerc involved in the Turn One pile-up at the Hungaroring and Carlos Sainz falling victim to Hamilton’s late-race charge back through the field, the Scuderia was unable to capitalise on the drama from the start and it was Alpine that became the first team to win a race outside of Mercedes and Red Bull, not the favoured Ferrari.

Both Sainz and Leclerc have demonstrated they have decent race pace at various stages of the season but they haven’t been able to challenge for podiums regularly enough despite the marked step forward in performance versus last year.

The team has also cured its tyre degredation woes that plagued it at the French Grand Prix. Since then Ferrari has been a far greater threat to McLaren and Sainz’s Hungarian podium put the Italian team ahead of its rival in the constructors’ standings, albeit level on points at 163.

“We will bring a power unit development. The regulations for 2021 means you can bring an update in all components of the power unit – the ICE, turbo, MGU-H, batteries, MGU-K,” Binotto told media ahead of the summer break.

“What we made at the start of the season, we didn’t complete the entire power unit development so there are still components which are the ones of last year. We will bring an evolution of those ones. That will be for us, a significant step for the end of the season. But more important for us, it will be experience in view of 2022.”

Schumacher back at Spa

30 years on from his father’s famous debut with Jordan at Spa-Francorchamps, Mick Schumacher will get his first taste of Formula 1 at Spa in contemporary machinery.

He has plenty of experience around the circuit, winning there in his title-winning Euro F3 season back in 2018 while the year prior, he took the Benetton B194 driven by Michael for a demonstration run around the track ahead of the grand prix.

Returning to such an iconic venue this year might be tough with Haas the perennial backmarker for the season, but that doesn’t mean young Schumacher can’t make an impact himself with some luck this weekend.

“Driving my dad’s Benetton in 2017 was a great experience. Now, five years later I’m driving in Formula 1 myself and that’s 30 years after my dad made his debut,” Schumacher said in the build-up.

“It’s a really special moment for me and my family, so very happy to go there and put my mark on that special track too.

“[Spa] was my first win in Formula 3 in 2018 and the first one from a good streak. It was also my first pole position that year. It’s such a special track to us as a family, and to me, so I’m very happy to be able to go back there and hopefully we’ll be able to pull something out of the hat, which would be great.”

The title race is cooling off 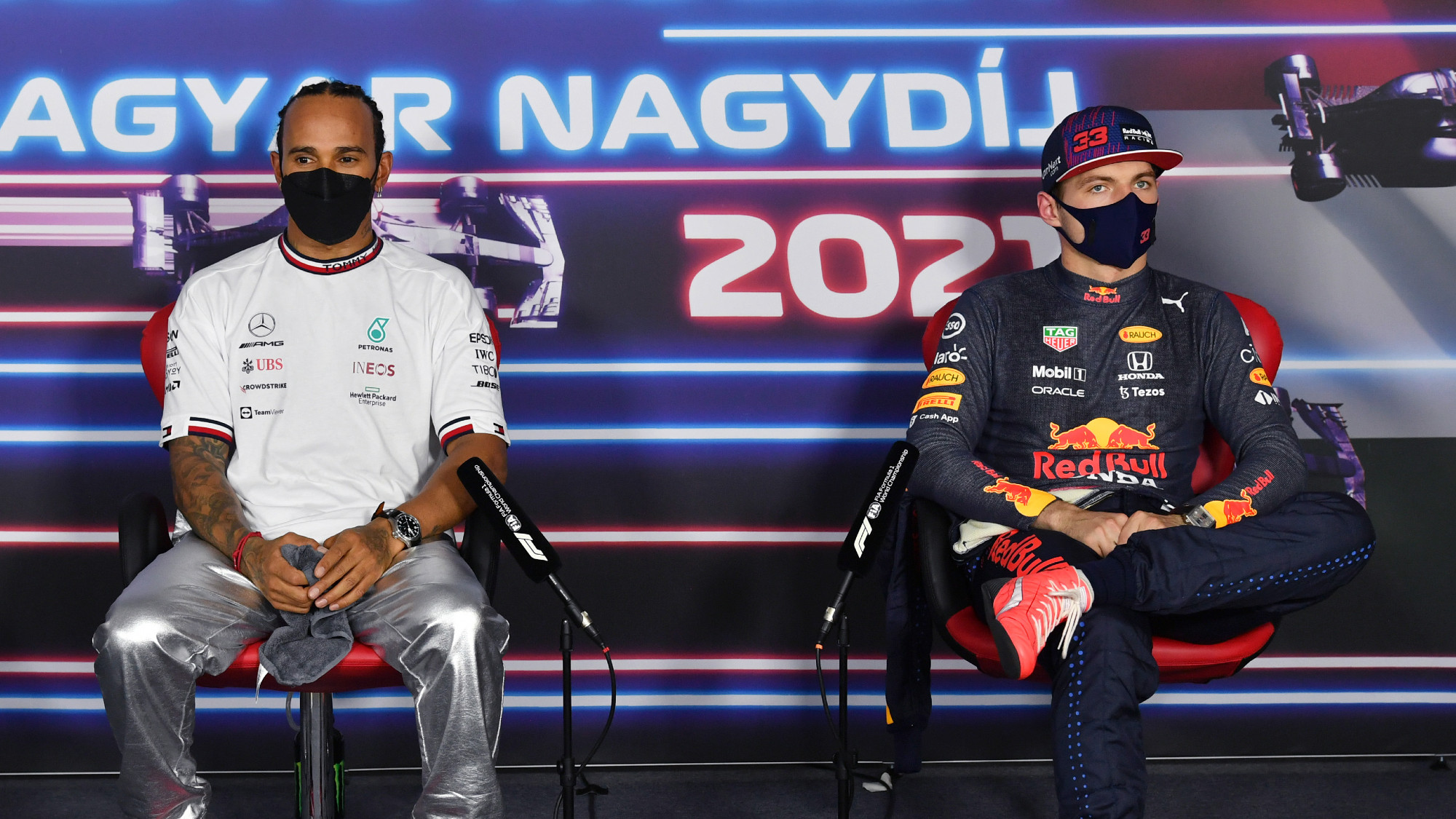 Hamilton and Verstappen resume their fight, but who holds the advantage?

No, not the animosity between Hamilton/Mercedes and Verstappen/Red Bull. Ignoring the inevitably innaccurate weather report that is indicating rain on Sunday, temperatures are set to remain cool throughout from Friday to Sunday.

Forecast highs of 15C paint a pretty picture for Red Bull. Should the track temperatures remain relatively low, the RB16B has proven to be far more potent at generating tyre temperature in cooler conditions than the Mercedes W12.

It takes plenty of force and energy going through the tyres for Merc to get that performance back, and while Spa is a kinder prospect in this regard than the likes of Baku, it could prove irrelevant if Verstappen can scamper away at the start.

There is still hope though for Hamilton should that eventuality materialise. His Portuguese victory earlier in the season came after managing tyre temperatures in the twisty middle sector, and being able to remain in striking range of the cars ahead despite following closely. If he can juggle the demands like that again, there is plenty of straight to get a slipstream and make an overtake around Spa.

Should tyre degredation prove to be an issue for drivers, that puts Mercedes back ahead too as it can cope far better with this than Red Bull, as evidenced in Barcelona when Verstappen overcooked his tyres as Hamilton came charging back through to win. It’s all nicely poised, now watch it actually rain.

Who’s heading where for 2022? There are a few more seats to be decided for next season and we could be set to find out this weekend.

No announcement is more anticipated than that of Mercedes and what it intends to do for next year. Will it retain Bottas alongside Hamilton, a partnership that has brought unparalleled success in recent seasons? Or will it look to the future and opt to finally pluck George Russell from his internship at Williams to go up against F1’s toughest at the sharp end? 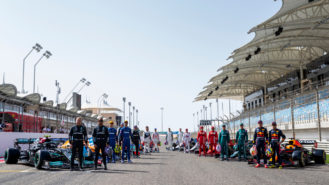 If the Briton get the nod, Bottas has been heavily linked with a drive at Alfa Romeo, taking the place of Kimi Räikkönen should that eventuality play out. Alfa Romeo hasn’t confirmed what it intends to do for 2022 and its flying Finn has made clear he will race in F1 as long as he enjoys it, but signs point to 2021 being the Iceman’s last hurrah.

Red Bull’s options are still up in the air. Perez has been a steady if unspectacular pair of hands at the wheel of the RB16B alongside Verstappen, while Pierre Gasly has put together his finest F1 campaign yet.

The Frenchman has made clear he hopes for a recall to the senior outfit from AlphaTauri, but whether his exploits have been enough for Helmut Marko to give him a second chance or not also remains to be seen.

The summer break is the traditional part of the year where drivers, agents, team bosses and execs gather behind the scenes to decide what happens for the next season. Will we get any announcements during the Belgian Grand Prix weekend?