McLaren has become the first team to reveal its Formula 1 car for 2021, as it returns to Mercedes power for the first time in seven years.

The MCL35M retains its papaya and blue livery and is tasked with building on the team’s rising form.

After emerging from a titanic midfield scrap to finish third in the 2020 Constructors Championship, the Woking squad is hoping to further close the gap to Mercedes and Red Bull with Lando Norris, new signing Daniel Ricciardo, and a Mercedes power unit in place of last year’s Renault.

“I feel more confident, more hyped and more excited than ever to get the car out on track,” said Lando Norris, speaking from the McLaren Technology Centre at a launch event streamed online.

Cost-cutting measures adopted by Formula 1 have forced teams to run their 2020 cars again this season, with limited upgrades allowed.

McLaren was given special dispensation to make extra changes to accommodate the new Mercedes power unit, and some of these can be seen on the car, with additional bulges on the engine cover.

Also apparent are the modifications to comply with new aerodynamic regulations, which aim to reduce downforce by ten per cent. The floor now tapers towards the wheels and no longer has the slots of the 2020 car.

“Despite relatively stable technical regulations from 2020, there are several significant aerodynamic changes to the rules that are important to get right,” he said.

“Every change to these regulations presents an opportunity, and the team in Woking has been working incredibly hard in difficult conditions to maximise those opportunities. 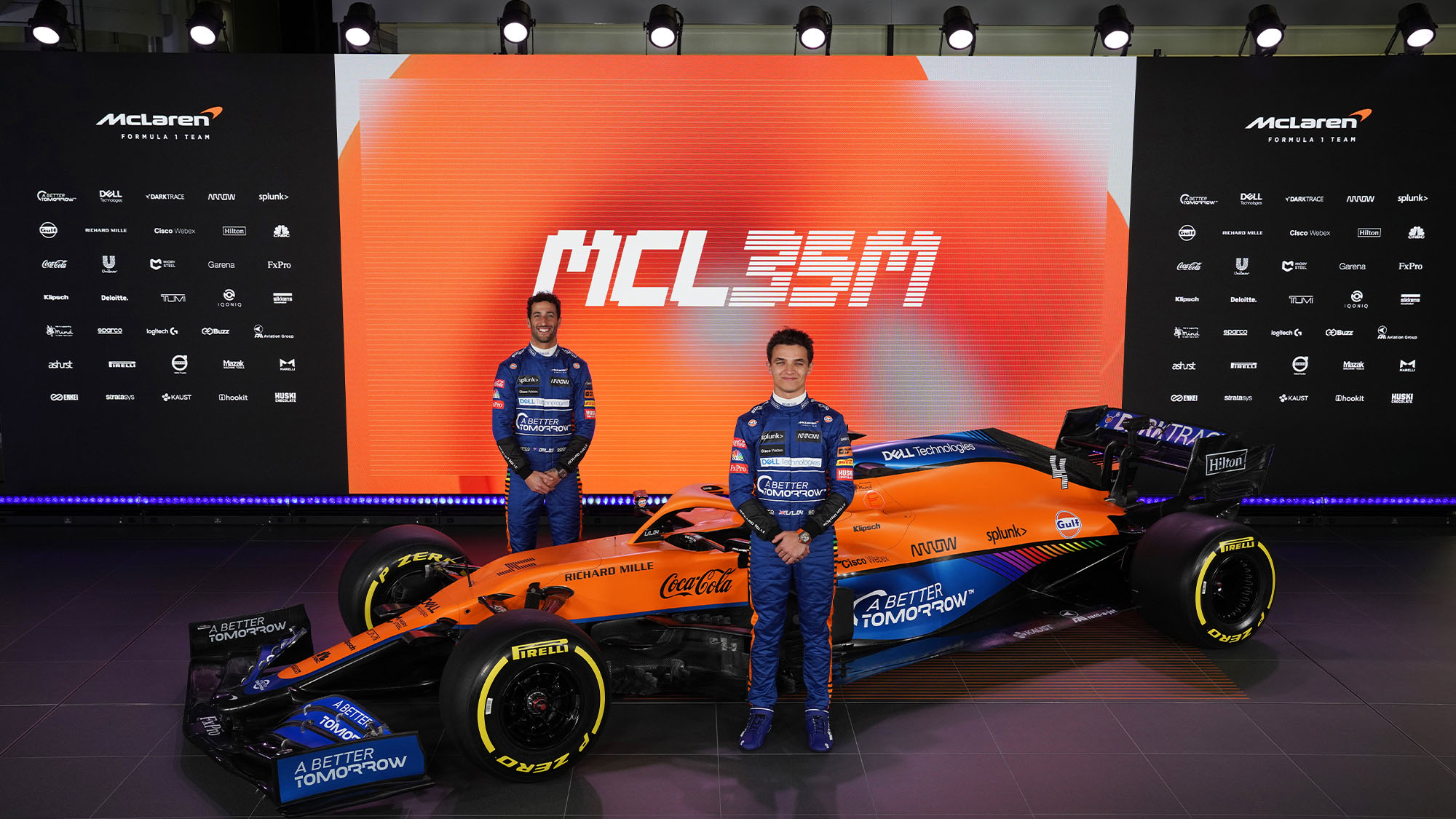 “One of the key elements of the MCL35M design is the integration of the Mercedes-AMG power unit, which has taken a considerable effort from the team in Woking, as well as our colleagues at Mercedes. Despite our limited scope for installation in a homologated car, the team has done a fantastic job of optimising our design work.

“Building a Formula 1 car is never easy. These are the fastest and most technically complex racing cars in the world and that challenge has only been compounded by the Covid-19 pandemic. I’m immensely proud of how our incredible group of people has risen to this challenge and developed the best possible package.”

Production Director Piers Thynne emphasised what an undertaking switching to a Mercedes was power unit has been, with McLaren the only team to switch engine this year.

“The most significant challenge with has been the packaging of the new power unit. As a result, just a little under 50 per cent of the car is new,” he said.

Team principal Andreas Seidl, who was hired in 2019 by McLaren Racing CEO Zak Brown to oversee the their revival, commented on the continued push by the team to get itself back to the front, nine years after it last won a grand prix.

McLaren has unveiled images of its new 2021 Formula 1 car: the MCL35M, offering fans a first look at the slight revisions heading into the new season. The MCL35M might…

“All of us at McLaren are ready and determined for another season of intensely competitive Formula 1 racing,” he said. “The entire team has worked hard over the short winter, together with our colleagues from Mercedes-AMG, to produce the MCL35M and provide a strong car for our drivers to race this year. This has been no small challenge.”

“Together, Lando and Daniel comprise one of the most competitive driver line-ups in the sport. With these two behind the wheel of the MCL35M, we know we’ll have a team that gives total commitment in the pursuit of on-track performance as we head into the 2021 season.”

Brown himself highlighted the challenges of the 2021 season.

“After a challenging but rewarding 2020, we have firmly hit the reset button for this season as we continue on our path towards the front of the grid,” he said. “This will be an even tougher season but we’re ready to meet the challenge. 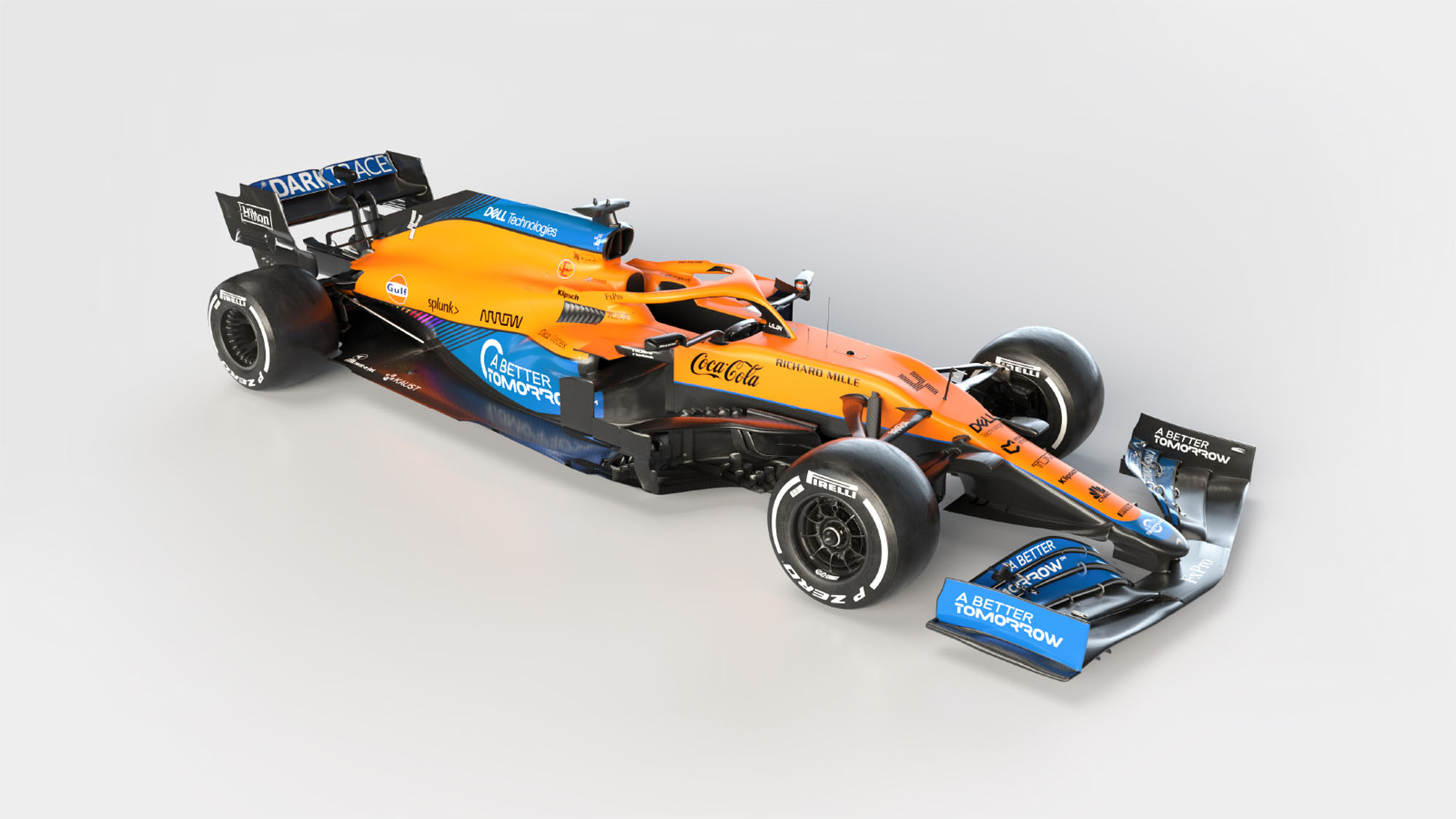 The car is a development of last year’s MCL35

“I’m proud of our team and the progress we’ve made together so far. We’ve still got a long way to go, but we’ve got a great spirit in the team and we’re becoming stronger competitors as we continue on our journey.”

Seven-time grand prix winner Ricciardo, who left the rebranded Renault/Alpine team for Woking, was typically enthused about his new team and car.

“It’s great to have finally joined the team after what feels like an age since we confirmed it last May,” he said. “I’m thrilled to be a McLaren driver and super-keen to get started. McLaren has been on an awesome journey over the last few years, and I’m looking forward to helping the team maintain this positive momentum.

“I’ve been spending the last few weeks here in the UK getting fully integrated into the team so that we’re as prepared as possible for the start of the season.

How McLaren can return to winning in F1 with Mercedes

It has taken McLaren six years to recover from its disastrous first season with Honda and become the third-best team, in 2020 with Renault power. And now it's changing engine…

“I think my determination to perform has only grown as I’ve gained more experience and I’m looking forward to getting this next chapter in my career started.”

As ever, Ricciardo wasn’t without his usual quips: “It’s great to be with the new reserve driver with Lando, sorry, trying to be funny…” he said.

“But seriously, I’m old guy, but I can still learn a lot from Lando.”

Lando Norris, who became Britain’s youngest F1 podium finisher in 2020, spoke of how he felt he has been only improving since his entry into the sport.

“I’m really excited to be back working with the team ahead of my third season in Formula 1,” Norris said. “Every time I get into the car I feel like I’m growing in confidence and experience, which helps me build my performance year-on-year.

“I’ve been working hard personally throughout the off-season to be as sharp as I can when we get to pre-season testing, and I can’t wait to get back in the car soon.”

The MCL35M will get its first runout for a filming day at Silverstone tomorrow, before official preseason testing starts on March 12 at Bahrain International Circuit.

The first round of the 2021 F1 season will be the Bahrain Grand Prix on March 28.