In July 1979 Jean-Pierre Jabouille won his, and Renault’s, first World Championship Grand Prix, and did it, what’s more, in France. It is his tragedy that anyone at Dijon that day recalls only the duel for second place between Gilles Villeneuve and René Arnoux. 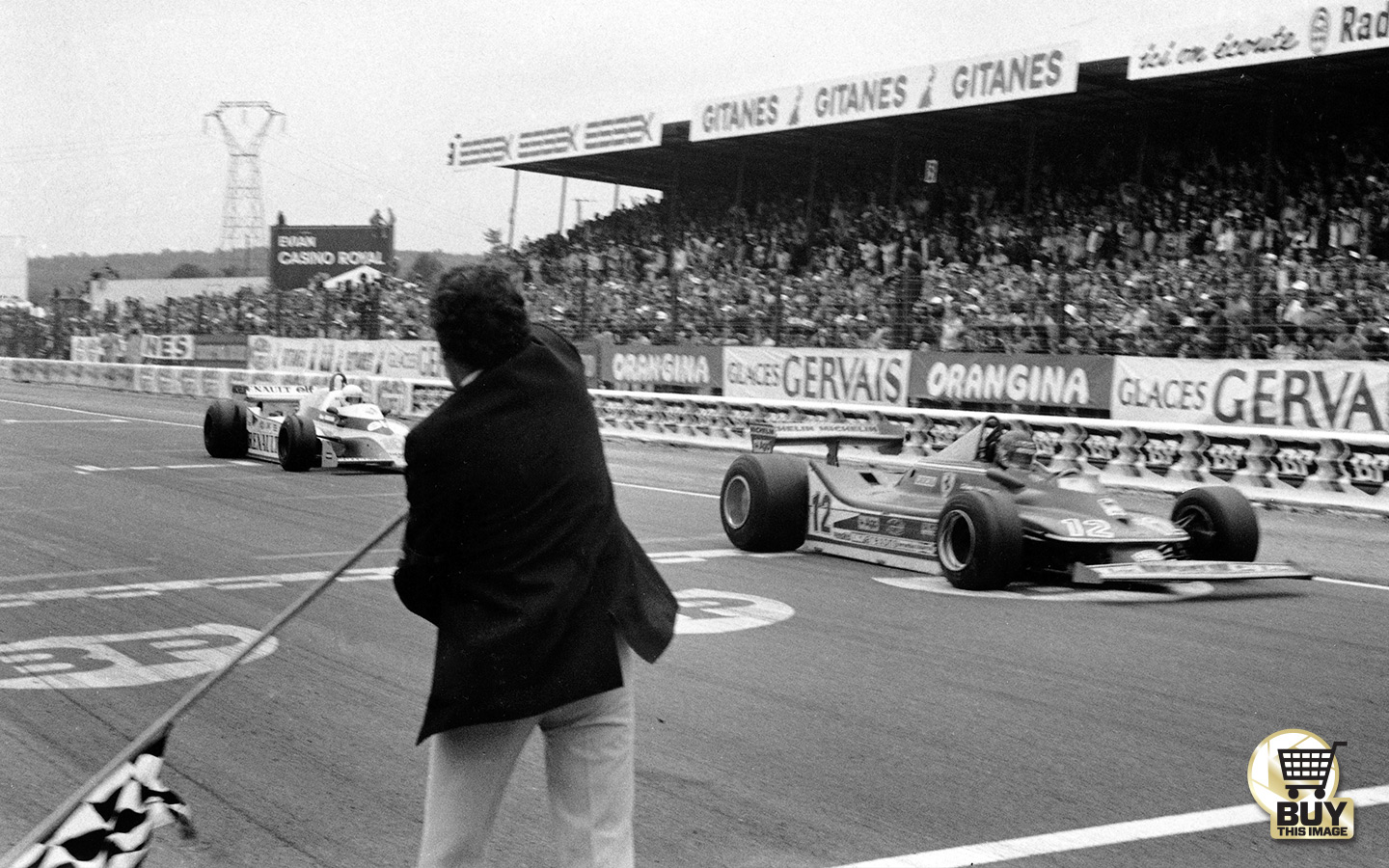 Jabouille always had the look of a man who’d walked under too many ladders. “For me,” he said, “the sad thing is that no one remembers who won the race – only the fight for second place! Still, when I saw the video, I was not surprised…”

Dijon ’79 has passed into racing folklore. When they arrived there Scheckter was ahead on points, followed by Laffite and Villeneuve, but Renault – the only turbo team – was going to be a threat anywhere with decent straights. Like Dijon.

Given their power advantage, Jabouille and Arnoux could run more wing than the rest, and qualified 1-2, threatened only by Villeneuve,who produced a stunning lap to join them in the 1min 07sec bracket.

“I need a win here,” Gilles said, “to close the gap to Jody. If Jabouille gets into the lead it’ll be impossible to pass him, so I have to make a good start, and at least split the Renaults…”

He did better than that, slicing past both of them before the first turn, and then it was Gilles at his purest, running away from Jabouille at a second a lap: “I knew I was hurting the tyres, but what was the alternative – run third all the way, and go to sleep?”

The auguries, though, were not good. Jabouille, running the race like the dedicated fisherman he was, paying out, reeling in, well knew the extent of his car’s superiority.

Taking scary chances through lapped traffic, Gilles stayed in front, but by mid-race his tyres were fading, and Jabouille swept by at the end of the straight. 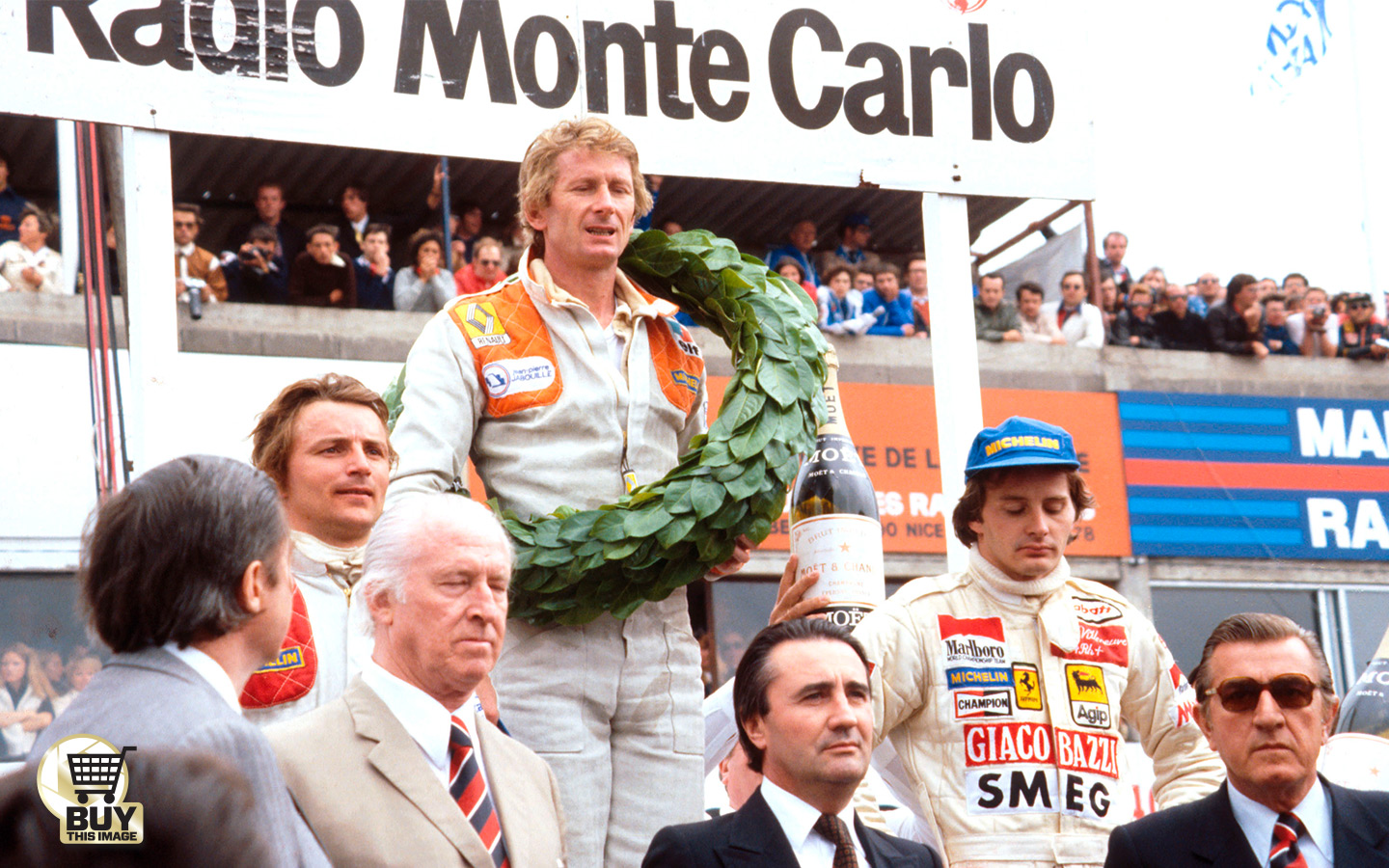 “I could see his tyres were finished,” Jean-Pierre said. “How he got to the end of the race on them, I’ll never understand…”

In the Ferrari pit they got new Michelins ready, but Villeneuve stayed out, Arnoux now closing. With 10 laps to go, Gilles seemed like tethered prey, and once René came by ahead, all seemed over.

But Villeneuve was not like that. “When Arnoux passed me,” he said, “I thought he’d run away, like Jabouille had. My tyres were gone, but still I could stay with him – so he had to have a problem, too…”

So he had: the Renault’s fuel pick-up had begun slightly to falter. “I wanted to get him back as soon as possible,” Gilles said, “because he wouldn’t be expecting it. I wasn’t quite close enough, but I left my braking really, really, late…”

Halfway round the final lap Arnoux seemed to have it done, but Villeneuve somehow snicked by, and the issue was settled. As Jabouille took the flag, everyone was looking behind him.

On the slowing-down lap Villeneuve gave a wave of salute, returned by Arnoux, and when they stepped from their cars they embraced. At Silverstone, though, the two of them were grilled at a GPDA meeting by some of F1’s elder statesmen, Lauda, Fittipaldi, Scheckter and others calling them irresponsible.

“From where they were,” Gilles drily commented, “what the hell did they know? I couldn’t believe the things they were saying. Jesus, they’re supposed to be racing drivers…” NSR