As expected the title protagonists and ‘team-mates’ qualified 1-2, with Ayrton Senna ahead, but Alain Prost quietly confident. “I’m going to drive an aggressive race,” he said.

“I want to win the championship by winning the race, and I’ve told the team there’s no way I’m going to open the door any more – I’ve done it too many times…” 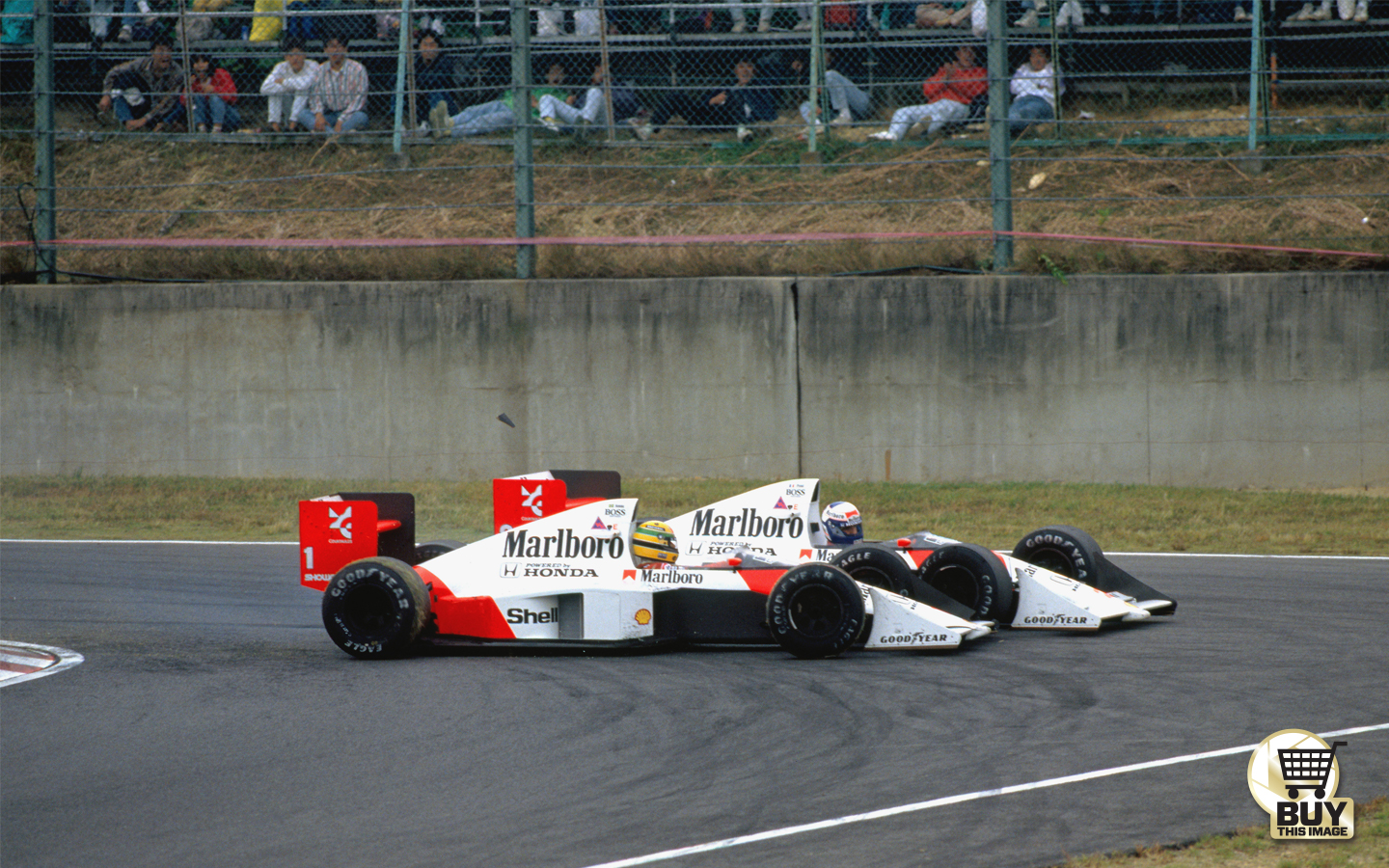 Prost was ever the master of set-up, his focus on race day. In the morning warm-up he was quicker than Senna, and immediately before the formation lap got his mechanics to remove a Gurney flap from his McLaren. With overtaking so difficult at Suzuka, Alain wanted to be quick in a straight line.

At the start he left everyone breathless, and drove a stupefying opening lap. After a dozen laps he was more than five seconds up on Senna, and even when he hit traffic, where Ayrton was usually demonstrably quicker, the gap barely reduced.

Over the long haul, though, Prost’s lead was gradually whittled away: with six laps to go Senna lunged down the inside at the chicane, his right-hand wheels across the pit lane entrance, then on the grass, as he forced his way alongside Alain.

Prost indeed ‘did not open the door’, as he had promised before the start. Locked together, the two McLarens came to a halt in the middle of the track, both engines dead.

View the 1989 Japanese Grand Prix on the Database

Alain at once climbed out, but Ayrton waved for a push – to which he was entitled, given that his car was in ‘a dangerous place’. Problem was, he allowed himself to be shoved into the escape road, and although this was no longer ‘a dangerous place’, he got a push start, and rejoined the race.

After stopping for a new nose, Senna caught and passed Nannini’s Benetton and took the chequered flag, apparently the winner. Later, though, he was disqualified, and thus Prost was the World Champion of 1989.

The whole scenario happened in front of me, and I walked back with Prost. “I couldn’t believe he tried it on that lap,” he said, “because he was so far back – he’d been closer the lap before. At first I didn’t realise he was trying to overtake me, but at the same time I thought, “There’s no way I’m leaving him even a one-metre gap…”