In 1973 Jackie Stewart would finish only fourth in the Italian Grand Prix, but then he had come through from 20th place after suffering an early puncture, and it is a race he remembers well. 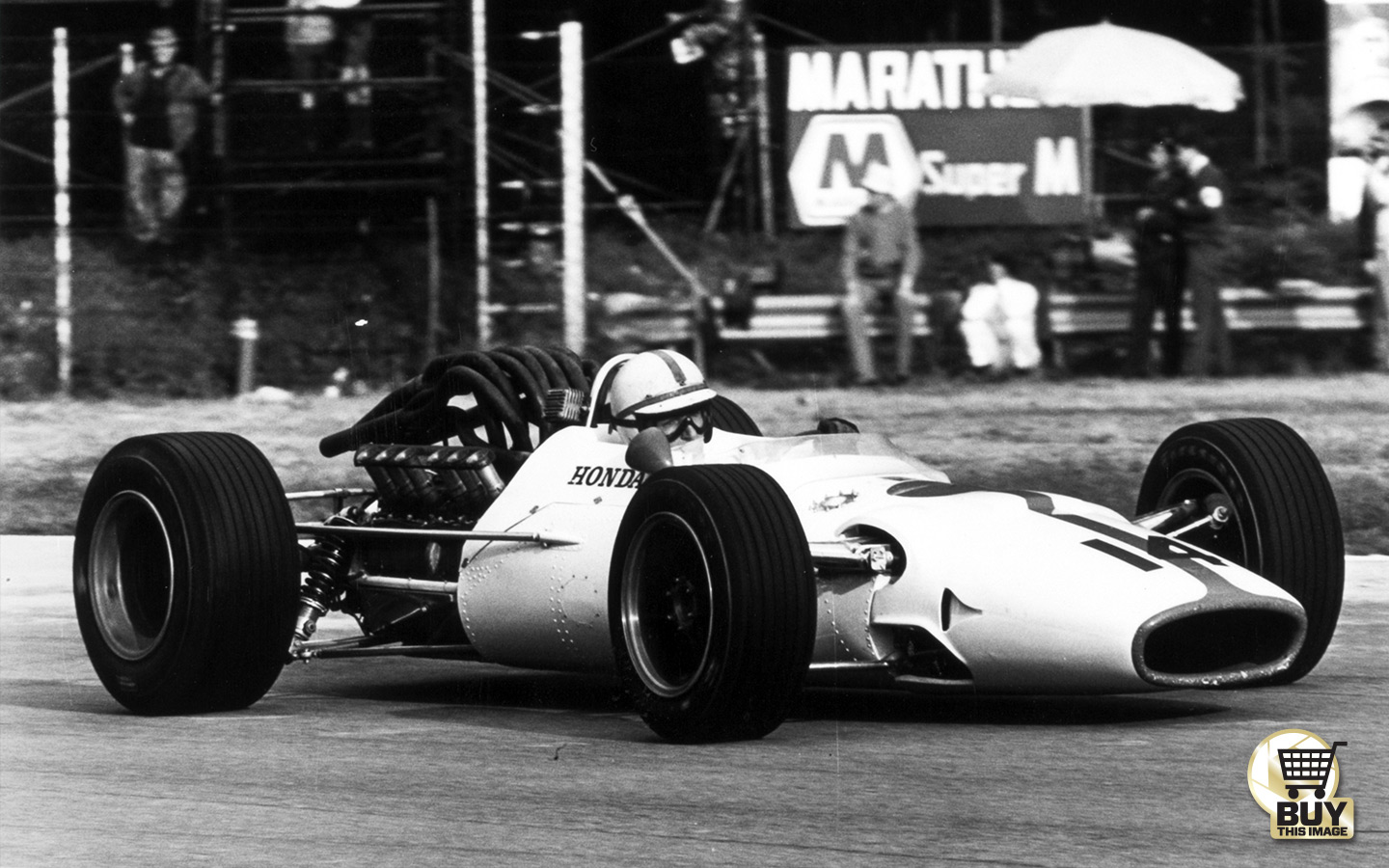 “There were no chicanes at Monza then, so it was very fast, but anyone could go quickly there – which is why I think that was perhaps my best race, because it’s more difficult to make up time on an easy track. A driver with a little edge could make use of it at the Nürburgring or Spa, but at Monza it was all a matter of not scrubbing off speed, of being ultra-smooth…”

That being so, the 1967 race should rank highly among Jim Clark’s greatest races. As with Stewart, this was a comeback drive that did not end in victory, but left an indelible memory for all those who witnessed it.

This was the first year of the Lotus 49 – and, more significantly, of the Cosworth DFV V8. From the start it was apparent that Keith Duckworth’s masterpiece had a clear power advantage, but the 49 was wayward in its early days, and not conspicuously reliable. Although Clark won four Grands Prix that year – twice as many as anyone else – he finished only third in the World Championship. Usually, though, Jimmy started from pole, and he did so at Monza, followed by Brabham, McLaren, Amon and Gurney.

The start was chaotic. These were the days of the dummy grid, whereby the cars lined up, and were then signalled to move up to the grid proper, but this time Brabham unfathomably took the official’s flag to mean the start of the race, and headed off towards Curva Grande, the rest following suit. In the mayhem Amon almost hit the back of Clark, in so doing ‘buzzing’ the Ferrari V12, and taking the edge off it.

It wasn’t long before Clark took the lead – but not long, either, before he had a problem. The 49 had a puncture, and by the time Jimmy had driven back to his pit and had the tyre changed, more than a lap had been lost. Rejoining 15th, he began a mesmeric drive: in only six laps he made up 15 seconds on the leaders, and in another three had unlapped himself, and started to leave them behind.

As Clark set endless fastest laps, his team mate Hill led from Brabham, Surtees and Amon, but on lap 59, with only nine to go, Graham’s DFV blew up, and as this was happening Clark – having made up a whole lap – went by Surtees into second place. A lap later he passed Brabham for the lead, and an unlikely victory looked assured.

Into the last lap they went – and at Curva Grande Jimmy’s Lotus suddenly faltered, its fuel pumps refusing to pick up the last three gallons in the tank. Instantly Brabham and Surtees went by, and at the flag it was the Honda in front by half a car’s length.

Twenty-five seconds later Clark stuttered over the line, third, and when it was all over the tifosi hoisted not only Il Grande John on their shoulders, but Jimmy, as well. They had seen him at his greatest, and that was very great indeed. NSR 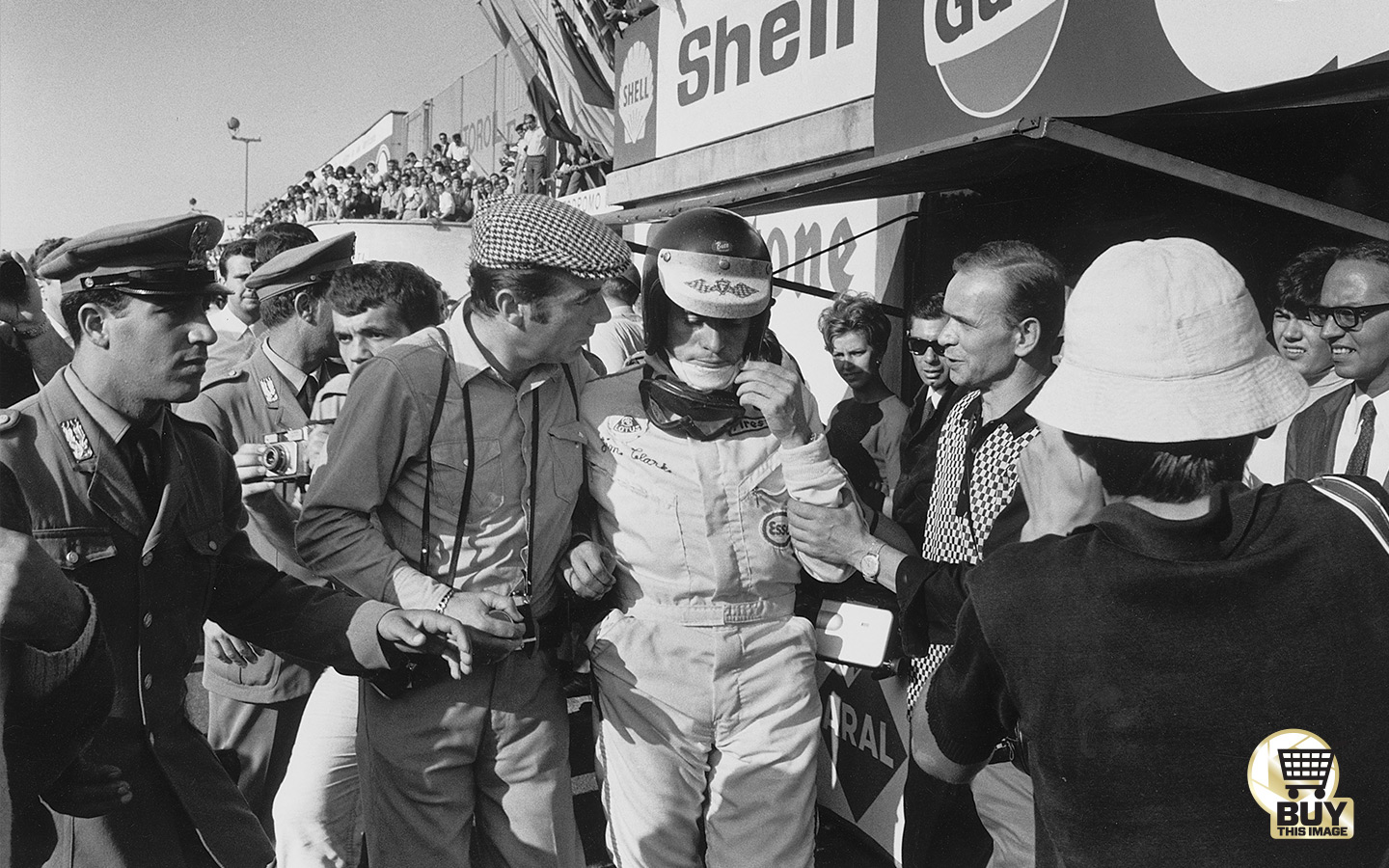