As I write, there is some uncertainty that the Korean Grand Prix – a race no one within the sport, save Bernie Ecclestone, seems to want – will actually take place. Deadlines for track inspections and signings-off have been missed (and not by just a few weeks, either), and for reasons not immediately clear the Korean organisers appear to be cut far more slack than is normal for Formula 1’s powers-that-be. 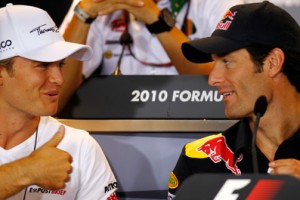 Given that there has always been minimal enthusiasm for this race in the paddock, many will be only too glad not to have to schlep to the Far East for the third time in a month. But the five World Championship contenders – or some of them, anyway – necessarily feel differently, for if Korea evaporates, only three Grands Prix will remain on the 2010 schedule.

If you’re Mark Webber, that won’t cause you too much concern, for you lead the World Championship by 11 points, and one fewer race means one fewer opportunity for the rest to catch you; if, on the other hand, you are Fernando Alonso or Lewis Hamilton or Sebastian Vettel or Jenson Button, you want as many chances as possible to do just that. 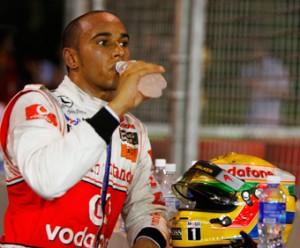 Be it three races or four, we are now into the red meat of the World Championship, and usually by this point in the season we are down to two, rarely three, protagonists. The fact that five drivers still have a shot is testimony to the extraordinary year F1 has had: three teams have produced cars good enough to win several Grands Prix: Red Bull has six, McLaren five, Ferrari four. 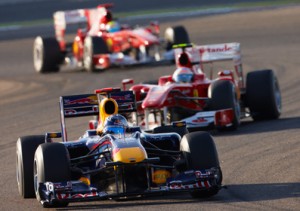 Whereas both Red Bull and both McLaren drivers have won races, however, only Alonso has won for Ferrari – yes, I know you can argue reasonably enough that Felipe Massa would have won in Germany, were it not for the ‘team orders’ imposed that day. But the fact is that, although Massa drove a fine race, only circumstances at the start – poleman Vettel delaying both himself and Alonso – put him in a position to win. Hockenheim apart, Felipe has not looked like a potential winner this year. 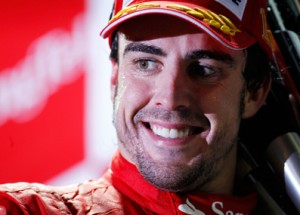 That being so, Ferrari some time ago opted to concentrate – in terms of the World Championship – on Alonso, and rival teams have criticised it for so doing. Never at Ferrari – even in the autocratic days of Michael Schumacher – is there an official number one driver, but usually someone, simply by being clearly quicker, becomes the de facto team leader, and the situation with Alonso and Massa reminds me rather of that in the mid-70s with Niki Lauda and Clay Regazzoni.

Going into these crucial end-of-season races, therefore, Alonso has one clear advantage over his rivals for the championship, in that he does not have to fight his own team-mate. His team’s decision is already taken, whereas Red Bull and McLaren still have both drivers in contention, and the time awaits when they have to put their emphasis on one, and require the other to play a supporting role. Red Bull has suggested that that time has not yet come, and McLaren has been even more bullish, suggesting that it would never favour one of its drivers over the other (even though this has not always been the case in the past).

Of course it may not come to that: while unlikely, it is not impossible that Webber and Vettel, Hamilton and Button will go off to Abu Dhabi still with at least a mathematical chance of lifting the 2010 World Championship.

In Singapore Massa, thanks to a gearbox problem in qualifying, started stone last, and therefore was never in a position to be of assistance to Alonso. As we know, Fernando’s superb drive brought him 25 points, but had Felipe started from a normal grid position he might well have been able to steal points from some of his team-mate’s rivals – if not Vettel, then certainly the hobbled Webber, who finished third. 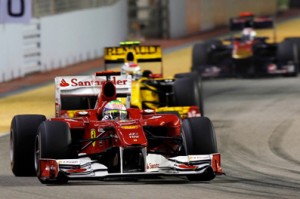 Alonso has no real need to worry about Massa’s points tally, for Felipe is too far behind to become a factor in the title race, but of course he would appreciate it deeply if Felipe could keep a rival out of third or fourth place or whatever. Webber, on the other hand, has to worry about Vettel, and Hamilton has to worry about Button. 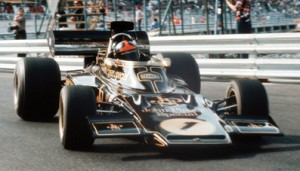 In 1973 Lotus won the constructors’ championship with seven victories in the 15 races, four to Ronnie Peterson, three to Emerson Fittipaldi. Tyrrell was runner-up with five wins – but all of them went to Jackie Stewart, who won the World Championship.

In 1986 Williams easily won the constructors’ championship with nine victories in the 16 Grands Prix, six to Nigel Mansell, three to Nelson Piquet. McLaren was runner-up with four wins – but all of them (together with a great many second places) went to Alain Prost, who won the World Championship.

Only three years ago McLaren drivers Hamilton and Alonso finished the season with 109 points apiece – but finished second and third in the World Championship behind Ferrari’s Kimi Räikkönen, who had 110.

In every case two ‘number one’ drivers won a lot of races – while another driver, in a slower car, nicked the title. If Christian Horner and Martin Whitmarsh stick to the bitter end with their policy of allowing their drivers to race each other, I will admire them for it. But then I’m not a sponsor…