You may have watched the BBC’s Panorama programme on Monday evening, the subject of which was Bernie Ecclestone and how he allegedly avoided a potential £1.2 billion tax bill to Her Majesty’s Revenue and Customs by transferring wealth in the late ‘90s to the Bambino Holdings trust fund held by his then-wife Slavica. 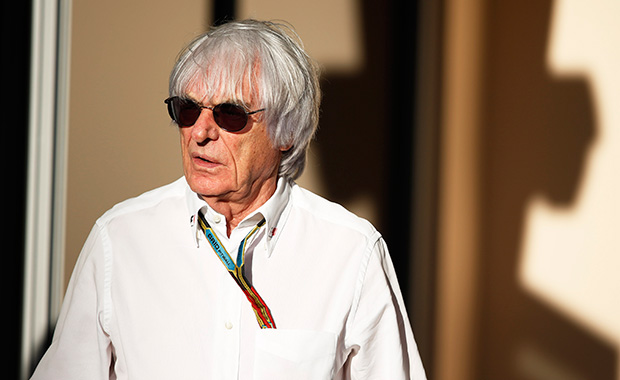 If Ecclestone was found to have had any involvement in the running of the trust, he would have been liable for that sum. HMRC had been investigating him since the wealth transfer to Bambino but in 2008 rather than pursue whether or not he was involved in the trust’s running, they offered to call off that investigation in exchange for a settlement of £10 million – or just 0.83 per cent of that £1.2 billion, or about what the trust apparently generates in six weeks.

That may well have been a reflection of how difficult the HMRC judged it was going to be to prove that Bernie had any involvement in the trust’s running. Which would rather give perspective to the $44 million (around £26 million) payment made by Ecclestone to subsequently-jailed German banker Gerhard Gribkowsky; if this was to prevent Gribkowsky talking to HMRC, as Ecclestone claims, then it was a bargain. Pay £26 million to save £1.2 billion. 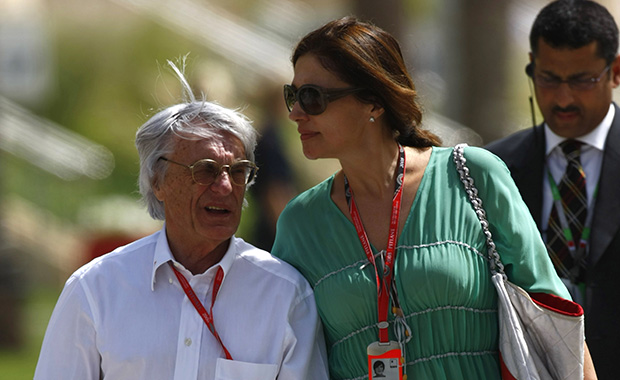 Ecclestone with Slavica in 2008

Whether that £26 million was a bribe to get Gribkowsky to ensure the Bayern Landes Bank (BLB) sold its share of F1 to private equity firm CVC, as Ecclestone apparently wished, or whether it really was a blackmail payment to Gribkowsky is at the nub of Bernie’s current court case in Munich. Was he paying a bribe or a blackmail demand? Bernie claims the latter, which would make him the victim.

But, if Bernie really has had no involvement in the running of the trust, then why was he concerned about Gribkowsky talking to HMRC? He claims it was because he felt that Gribkowsky would make false claims – which could have triggered HMRC into renewing its investigations, and who could tell how that might turn out?

The essential truth is that whichever way this is played – bribe or blackmail fee – this story is about control. If it was a bribe, then it was about Bernie retaining control of F1. If it was a blackmail payment then it was about whether or not he really had relinquished control of much of the personal fortune he had amassed from F1 over the years. 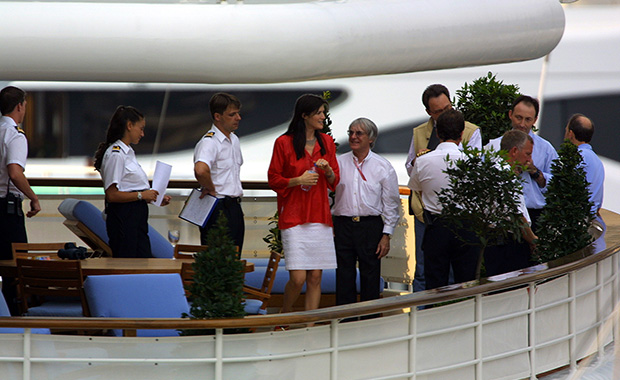 The sums involved are of course all generated by Formula 1, mainly from race-hosting fees and TV rights contracts. The latest skirmish is just about where that money ends up: some of it sticks to those involved as it passes – Ecclestone, the board members of CVC and the other owners of F1 – but ultimately most of those funds end up in pensions, ‘widows and orphans’ as it’s emotively termed.

Had the HMRC laid claim to that £1.2 billion, it would have been spent on national health, schools, roads, defence – all the usual things. Given that a big chunk of the money originates from morally dubious government regimes, do we think that Bernie’s aim all along has just been to redistribute the wealth away from evil and towards good?

Answers on a postcard please.