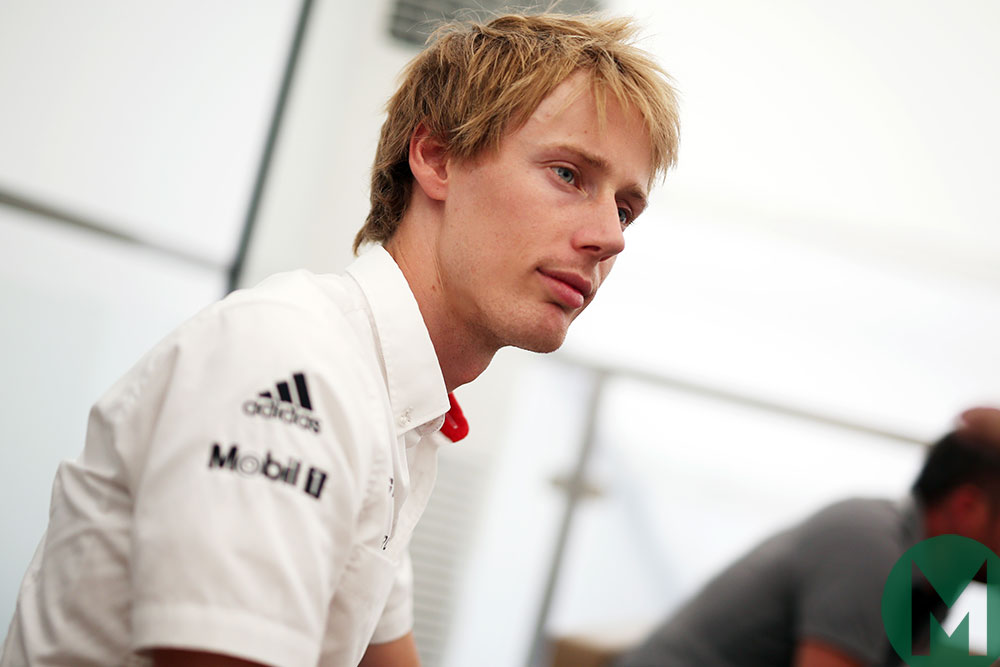 Ex-Toro Rosso Formula 1 driver Brendon Hartley is returning to LMP1 racing in the World Endurance Championship as he will drive for the SMP Racing team in the next two rounds, replacing Jenson Button who has clashing commitments in the Super GT championship.

Hartley will therefore drive alongside Russians Vitaly Petrov and Mikhail Aleshin in the no11 BR Engineering BR1 for the 1000 Miles of Sebring in March and Spa 6 Hours in May, with Button to return for this year’s Le Mans 24 Hours that will close the inaugural WEC ‘superseason’.

Hartley was dropped by Toro Rosso at the end of the 2018 F1 season, during which he scored four points, though it was recently confirmed that he also is one of four drivers recruited by the Ferrari F1 team for simulator work in 2019.

He also has plenty of WEC experience having previously driven for the Porsche LMP1 team with whom he won the world championship twice, in 2015 and ’17, as well as won the ’17 Le Mans 24 Hours driving alongside Earl Bamber and Timo Bernhard. Hartley made his final WEC appearance in the final round of the 2017 season, the Bahrain 6 Hours. This was a few weeks after he had made his F1 debut for Toro Rosso, in the United States round at Austin.

Hartley joins another recent F1 refugee at the SMP squad, with it confirmed in recent days that Sergey Sirotkin, who drove for Williams in 2018, will contest the remaining rounds of the WEC ‘superseason’ with the Russian team.

“I’m very pleased to join SMP Racing for the next two WEC races at Sebring and Spa,” said Hartley. “The team have all the tools and a great driver roster so I think we have a big opportunity to fight for podiums. It marks my return to the WEC and I’m really looking forward to being back in the paddock amongst many familiar faces.”