It might sound like a selection from a finely honed virtual Gran Turismo garage, but it is in fact just a small portion of the veritable racing car smorgasbord Prodrive will be bringing along to the Goodwood Festival of Speed this weekend, celebrating 40 years since its boss David Richards won the 1981 WRC title as a co-driver with team-mate Ari Vatanen.

The British motor racing powerhouse will showcase nine iconic cars it has produced over the years in total, with the vehicles being driven by nine-time champion Loeb himself and off-road legend Ari Vatanen, amongst others. 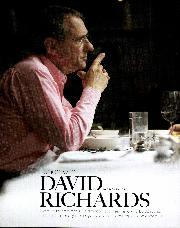 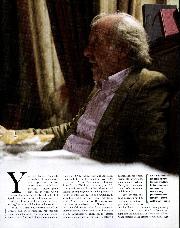 The headline machines will no doubt be the aforementioned BAR and Subaru.

The BAR 006 was the car the Jenson Button firmly established himself as a force to be reckoned with in F1, taking him to his first podium – and seven more that season – as well as scoring his first ever pole at Imola that year.

The other big draw will be the late, great McRae’s Impreza with which he won the ’95 WRC championship. Both this car and the BAR will be a static display but to make up for that, no less than Colin’s father Jimmy will be driving his son’s ’96 Catalunya Rally-winning Subaru up the hill.

Prodrive boss Richards will join in the fun as he and Vatanen rocket past Goodwood House in one of the MkII Ford Escorts he and the Finn won the 1981 WRC title with. The David Sullivan car was the very first one run by a privateer team to win the WRC title, a feat only matched by M-Sport with Sèbastien Ogier in 2017,

Loeb will be taking his ferocious 2021 Dakar challenger, the BRX Prodrive Hunter T1, for a spin at the FoS, whilst 2019/2020 FIA WEC GTE drivers’ champion Marco Sorensen will get behind the wheel of the Aston Martin Vantage GTE with which he and Nicki Thiim secured the title.

Goodwood Festival of Speed takes place this weekend from July 8-11.