The Abu Dhabi Grand Prix, through the years 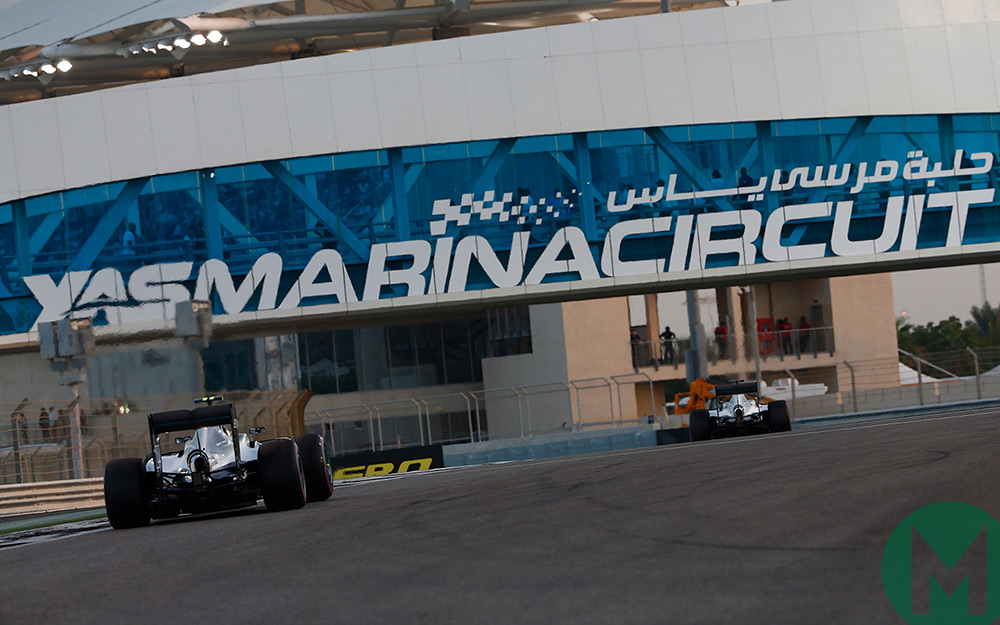 Introduced in 2009 and the final race of the season that year and the next, the Abu Dhabi Grand Prix day/night event has seen the title decided on three occasions.

Fernando Alonso, Mark Webber, Sebastian Vettel and Lewis Hamilton all entered the 2010 race with a mathematical chance of clinching the championship. Vettel qualified on pole position and beat the McLarens of Hamilton and Jenson Button to become the youngest World Champion in history. Alonso (Ferrari) entered the race with the points lead but lost his chance when he could not pass Vitaly Petrov’s Renault after a pitstop.

Abu Dhabi was restored to the end of the season in 2014 with, controversially, double points were on offer. In the event that became academic when Nico Rosberg suffered a problem with his ERS and team-mate Hamilton cruised to victory and a second championship. Rosberg entered last year’s race needing a podium finish to clinch the title and Hamilton drove conservatively in the hope of backing the German into the chasing pack. Those tactics made for a tense race as team management urged Hamilton to speed up. Rosberg finished second with the top three finishers covered by just 0.843sec – the new World Champion announcing his immediate retirement from Formula less than a week later.

Vettel led Mark Webber in a Red Bull 1-2 in the inaugural 2009 Abu Dhabi GP but was eliminated two years later by a first lap puncture, leaving Hamilton free to ease to a third victory of the season. Kimi Räikkönen scored his comeback win for Lotus-Renault in 2012 after his now-famous “I know what I’m doing, leave me alone…” radio message. Out-qualified by Webber in 2013, Vettel continued his domination of that year’s championship seventh successive victory. Rosberg led a record-breaking 12th 1-2 victory for Mercedes in 2015.