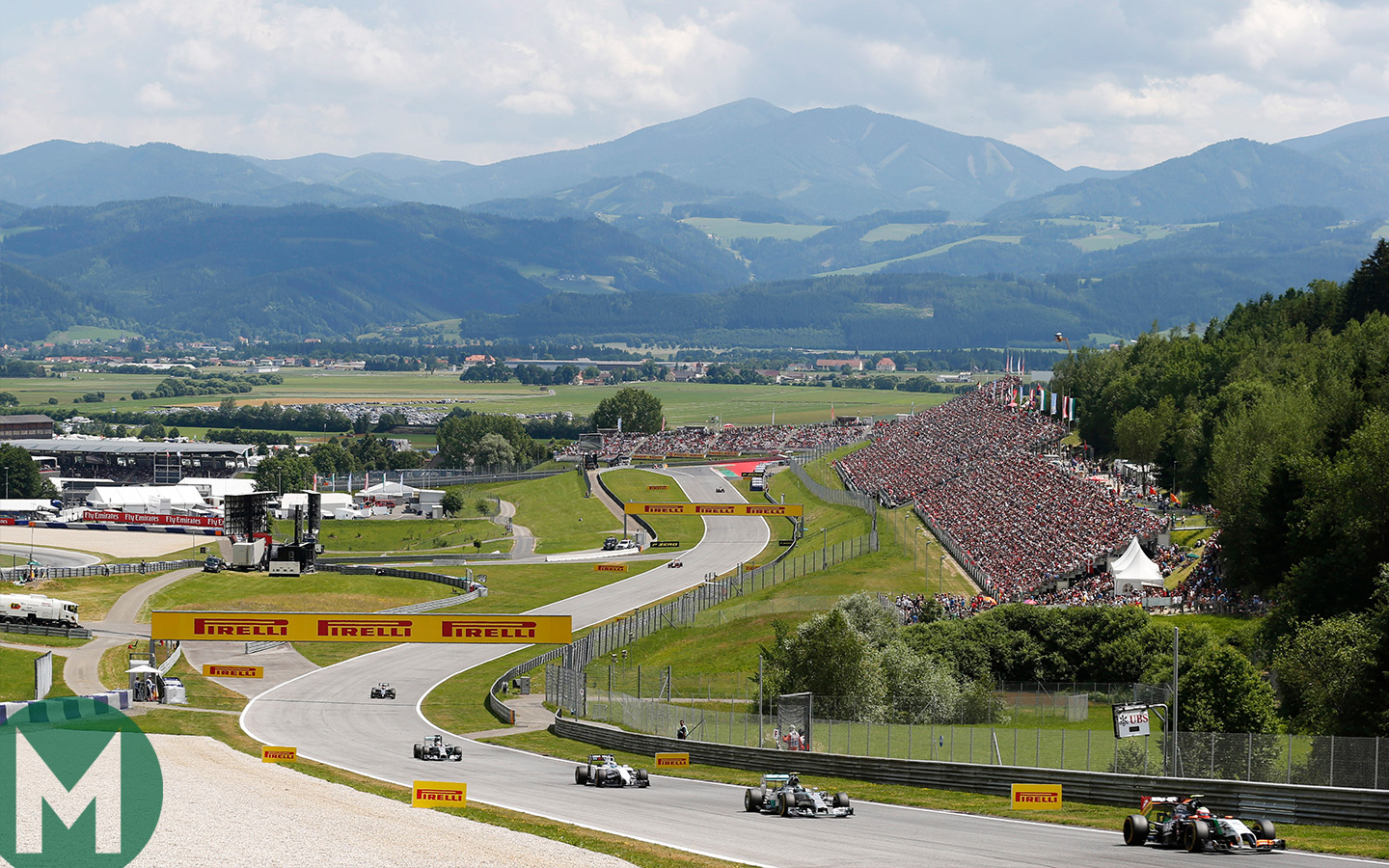 The region around Spielberg has intermittently played host to the Austrian Grand Prix since Jack Brabham won a non-championship race in 1963. That was on the abrasive runways of the Zeltweg airfield and the following year’s event was a round of the World Championship. Lorenzo Bandini scored his only GP victory that day but the track proved a car breaker and was promptly dropped from the calendar.

A sports car race for the rest of the decade, the Austrian GP moved a couple of miles to the undulating new Österreichring in 1969 when Jo Siffert and Kurt Ahrens won the final round of the International Championship of Makes for Squadra Tartaruga and Porsche. That event proved a success with Denis Jenkinson finding the circuit “extremely pleasant and agreeable” in contrast to “rather poor circuit on the Zeltweg airfield”.

The race returned to the Formula 1 World Championship in 1970 and soon developed a reputation for unpredictability. Vittorio Brambilla’s battered March-Ford was declared the winner when the 1975 race was stopped due to heavy rain. The fiery Italian then crashed into the pitwall as he celebrated his only GP victory. John Watson scored his first and Penske’s only F1 victory a year later and Alan Jones did likewise for Shadow in 1977. The Österreichring saw final victories for both Siffert and Ronnie Peterson in 1971 and 1978 respectively.

Jean-Pierre Jabouille’s Renault held together long enough for the Frenchman to score a second victory in 1980 but the turbos all broke or were delayed two years later. That left the Ford DFVs of Elio de Angelis and Keke Rosberg at the head of the field with the Lotus driver withstanding the Finn’s late onslaught to win by just 0.050sec. The race was also notable for Riccardo Patrese making F1’s first scheduled fuel stop in a generation, but he crashed out of the lead when his BMW engine seized three laps later. Niki Lauda finally won his home race in 1984 and Alain Prost was a three-time winner during the 1980s. Andrea de Cesaris survived barrel-rolling his Ligier-Renault in 1985, just one of the accidents that led to him being dropped from the team.

The 1987 Austrian GP was twice stopped by startline accidents on the narrow pit straight and the race was not held for another decade. When Austria was restored to the calendar in 1997 it was on a Hermann Tilke-designed shorter circuit that had been renamed in deference to the country’s leading mobile phone provider. David Coulthard crashed into McLaren team-mate Mika Häkkinen in 1999 three years before Rubens Barrichello was controversially denied victory by Ferrari team orders.  That 2002 also featured a frightening accident when Takuma Sato’s Jordan was T-boned by Nick Heidfeld’s Sauber.

The race fell out of favour once more after 2003 but the circuit was eventually acquired and updated by Red Bull. That led to the Austrian GP being restored to the series in 2014 with all three GPs on the renamed Red Bull Ring so far being won by Mercedes-Benz. Nico Rosberg was victorious in 2014 and 2015 but lost out a year ago when team-mate Lewis Hamilton barged past on the last lap.