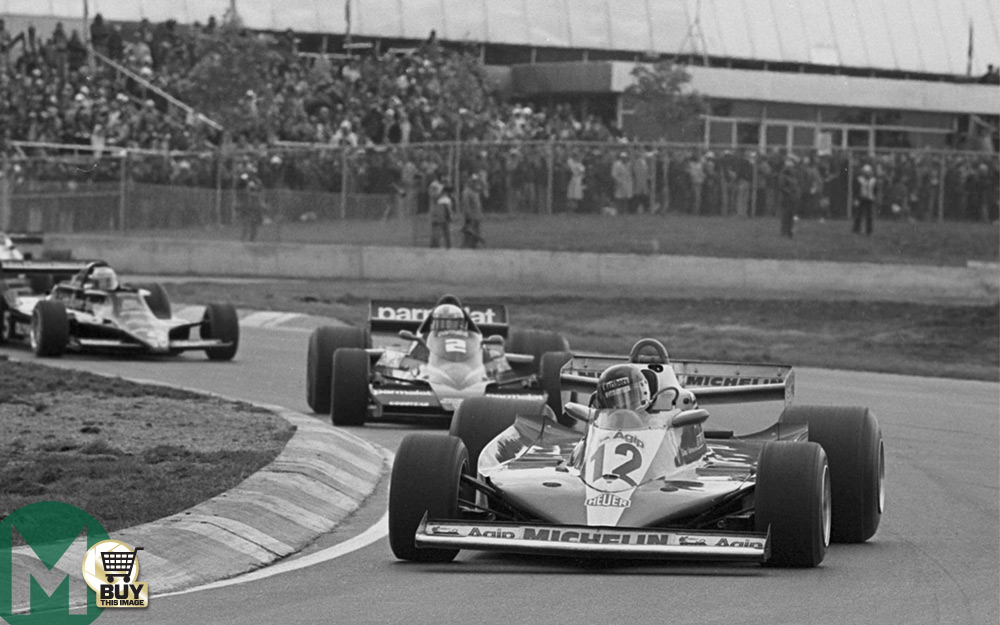 The venue for the Canadian Grand Prix was in much debate four decades ago with separate bids from the existing Mosport Park, Toronto’s Lakeshore district and Montréal’s Ile de Notre-Dame. The race has been firmly established in the Québécois city since it first held the event in 1978. That race was famously won by the Ferrari of local hero Gilles Villeneuve after Jean-Pierre Jarier’s Lotus 79 retired from a secure lead. Villeneuve was beaten by Alan Jones’s Williams a year later following an epic race-long dice.

Title rivals Jones and Nelson Piquet crashed into each other at the start in 1980. Piquet retired from the restarted race leaving Jones to win and clinch the world championship. Piquet delivered the first victory for the Brabham-BMW turbo in 1982, a week after failing to qualify in Detroit, and he endured burnt feet to score his first victory of 1984. Michele Alboreto and Stefan Johansson completed a 1-2 for Ferrari in 1985 and Nigel Mansell (Williams-Honda) beat a trio of world champions when he dominated in 1986.

First-time winner Thierry Boutsen led a Williams-Renault 1-2 in the wet 1989 event on a day when the McLaren-Hondas both retired. Piquet inherited victory for Benetton in 1991 when Mansell’s Williams-Renault ground to a halt exiting the final corner of the race. Celebrating his 31st birthday, Jean Alesi – with number 27 on his nose cone – scored his only victory here in 1995, gaining the lead when gearbox issues forced Michael Schumacher to pit from the lead. Olivier Panis broke both legs in the crash that stopped the 1997 Canadian GP.

The 1998 race was stopped when Alexander Wurz’s Benetton barrel-rolled over Alesi’s Sauber on the opening lap. In the spare car, the unfortunate Frenchman was then eliminated at the restart when Jarno Trulli’s Prost narrowly missed his helmet in another accident. Schumacher crashed out of the lead and into the ‘Wall of Champions’ in 1999. He won seven times – more than anyone else – and his brother Ralf led a fraternal 1-2 in 2001. Those roles were reversed after a race-long tactical battle in 2003 – Michael winning by just 0.783sec.

Rookie Lewis Hamilton scored his breakthrough win for McLaren-Mercedes in 2007 and he has since won four more on a track he clearly loves. That day was also remembered for Robert Kubica walking away from a huge end-over-end shunt at the hairpin. BMW Sauber’s Polish star returned a year later to score a maiden victory for driver and team having avoided the wreckage of Hamilton’s McLaren and Kimi Räikkönen’s Ferrari that had collided in the pitlane. Jenson Button rebounded from contact with team-mate Hamilton and dropping to the back of the field in 2011 to pressure Sebastian Vettel into a last-lap mistake and clinch a brilliant victory.

Daniel Ricciardo (Red Bull) scored his first victory in Montréal by passing Nico Rosberg’s Mercedes late in the 2014 race. The closing stages that year also featured a high-speed accident between Felipe Massa’s Williams and the Force India of Sergio Pérez.