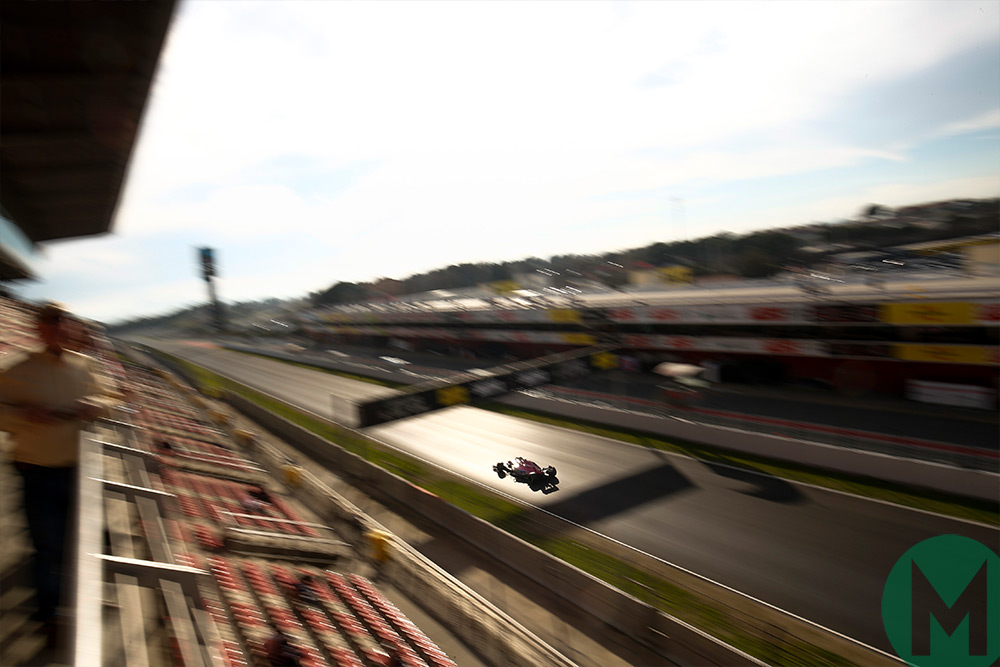 So at the end of eight days of Formula 1 preseason testing, what do we know? Definitively, nothing. But the data is telling us something.

Unsurprisingly – just as was also evident last week – the identity of the top three teams hasn’t changed from 2017. Given that there was a 1.5sec gap between them to the best-of-the-rest last year, this isn’t too surprising. Consensus among pretty much all of the teams is that the gap after the top three teams is around 1sec, with the second group headed by Renault, Haas and – at the 59th minute of the 11th hour thanks to a late effort by Fernando Alonso – the unreliable McLaren.

But how do Mercedes, Ferrari and Red Bull compare with each other? Although the fastest time of the test (and the fastest ever around the track) was Sebastian Vettel’s 1min17.1sec on the Thursday of week two, this was a qualifying simulation on low fuel and the fastest (hyper-soft) tyres, a combination that we did not see from either Mercedes or Red Bull.

Mercedes seemed much the fastest car on the medium tyre but averaged around 0.3sec slower than Ferrari on the ultra – and didn’t use the hyper at all. All teams were suffering rear tyre blistering as the times came down – but Mercedes particularly so.

The full 60-plus lap race simulations of Valtteri Bottas, Vettel and Max Verstappen on Thursday, allow us to refine what we do know. Taking some ‘order of magnitude correct’ numbers regarding fuel consumption (around 1.5kg per lap) and lap time penalty for weight (around 0.35sec for every 10kg) we can comfortably infer some weight-corrected lap times from those long-runs because we can be pretty certain of their fuel loads, given that they had to have enough to complete the full 60-plus laps.

All three drivers did two-stop race sims on the day, with Bottas and Verstappen using new medium tyres for all three stints. Vettel used supersofts for his first stint, mediums for the remaining two.

So we are now armed with the two factors – fuel weight and tyre deg – necessary to give a conversion of what lap time any driver could do on low fuel, implied from the race runs. Towards the end of Bottas’ second stint, he does his best lap, taking into account fuel and tyres. His 1min20.5sec with around 44kg on board (1.5sec worth) translates as a 1min19.0sec, fuel-corrected. But the tyres were 13 laps-old (0.8sec-worth of deg). So implying that Bottas on low fuel and fresh medium tyres could do a 1min18.2sec.

If we do the very same calculations for the runs of Vettel and Verstappen, we get an implied lap time of 1min18.3sec for the Ferrari (a 1min19.9sec on his very last lap, with medium tyres that were 24 laps old) and a 1min19.4sec for the Red Bull.

There are, however, a couple of anomalies hidden in the detail of those numbers.

Anomaly 1: Closer inspection of Vettel’s run reveals a strange picture. Comparing the start of stint lap times with those at the end and accounting for the fuel reduction, there is virtually zero tyre deg apparent on the Ferrari with the medium compound. This defies all logic. It implies that Vettel was not pushing but simply driving to a delta lap time. The pattern of his laps would seem to confirm this. So, why would he do that in a race simulation? The obvious reason that suggests itself is that the Ferrari was struggling to make the full 105kg allocation of fuel last. With the much faster lap times now possible from the faster cars and faster resurfaced track, the cars are on full throttle significantly longer than before. They might well also be more draggy, courtesy of the halo (although Mercedes maintains they managed to integrate it in such a way that the car doesn’t notice the difference). Is Ferrari’s race pace currently limited by its fuel consumption? If we remove the tyre deg correction from the Ferrari, its implied low-fuel best is only a 1min19.6sec. There’s no way it’s that far off the pace. Vettel’s best lap indicates a potential Mercedes-matching pace but his race stint averaged 0.5sec per lap slower. Again, this would tally with eking out the fuel.

Anomaly 2: The Red Bull did show some tyre degradation – although less than the Merc – and Verstappen’s best lap came with his lap 46 effort of 1min20.7sec with 32kg of fuel aboard (around 1.1sec worth), giving a fuel-corrected lap of 1min19.6sec on tyres that were just three laps old (around 0.2sec worth), giving a deg-corrected 1min19.4sec, a long way (1.1sec) from the Mercedes calculated best lap. However, Verstappen’s average for the race distance was only around 0.5sec per lap slower – and it could simply be that he judged the required pace for his tyres differently and his hard laps were simply not as hard as those of Bottas.

All these comparisons were on the medium tyres, the hardest of the five available compounds at the test. Pirelli’s final day estimate of the difference in ultimate lap time between them around Barcelona was as follows:

However, historically, the Mercedes is always much stronger relative to the opposition on the hardest tyre – or conversely, the opposition finds more time from the softest tyres than the Merc. It’s clear there is a very big spread from car to car in how they respond to the different compounds. Other paddock estimates put the gap between the medium and hyper at just 1.6sec. It may well be that the Red Bull finds the full 2.5s Pirelli estimates but the Mercedes and Ferrari significantly less. In which case, the Red Bull would suddenly be right there, much of its apparent deficit of between 0.5-1.1sec on the medium evaporating away on the softest tyre.

So we have a big three of Mercedes/Ferrari/Red Bull, each with question marks around them. Is the Merc too hard on its rear tyres? Does the Ferrari have a fuel consumption issue? Is the Red Bull outright fast enough?

Alonso’s time actually put McLaren best of the rest, though probably when the track was at its absolute fastest, fully rubbered in on the final day. There’s little apparent difference between its pace – as glimpsed between the breakdowns – and that of Renault and Haas (with its impressive ‘white SF70H’) and it may well be that McLaren’s Melbourne upgrade is the biggest of anyone’s, given that its late-notice engine supplier change ensured a quite basic ‘launch spec’ car. The Honda has been impressively reliable in the Toro Rosso which looks to have the edge over the currently ill-balanced Williams and the very basic – with plenty of bolt-on performance promised for Melbourne – Force India. Sauber appears still to be bringing up the rear with a grip shortfall from its highly distinctive C37.

All will be revealed at Melbourne, but we have some definite clues now.