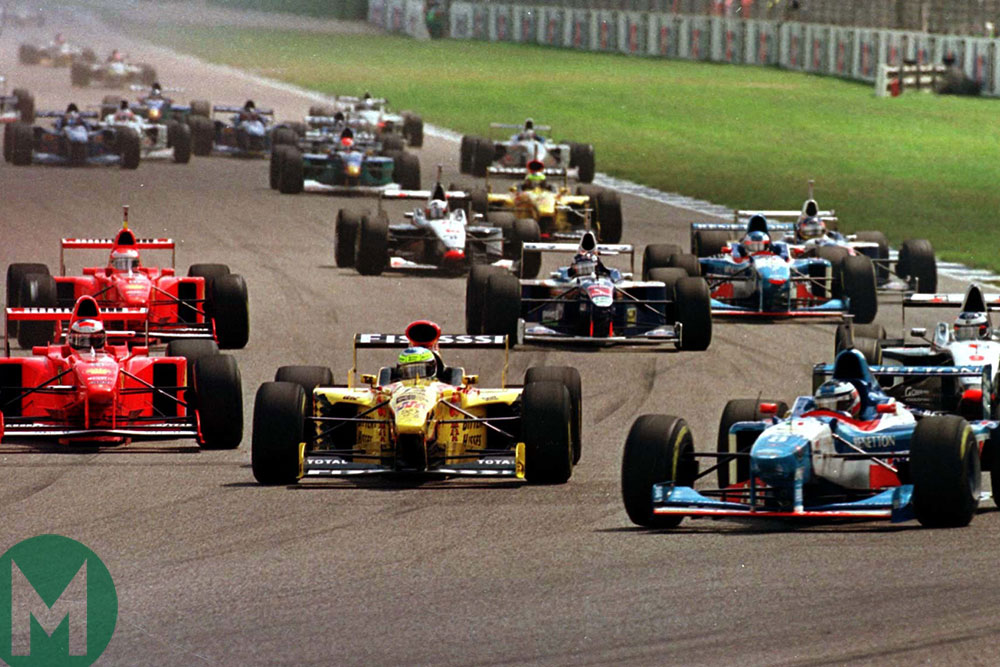 1953 French Formula 1 driver Philippe Alliot celebrates his 65th birthday today. The veteran of 109 Grands Prix with RAM, Ligier, Larrousse and a one-off with McLaren, Alliot scored points on just six occasions with fifth in the 1993 San Marino GP his best result. He won on his debut with the Peugeot sports car team and qualified on pole position at Le Mans for three successive years.

1997 Gerhard Berger won the 1997 German Grand Prix (above) for Benetton in what was the Austrian veteran’s final Formula 1 victory. He started from pole position with Giancarlo Fisichella (Jordan-Peugeot) alongside him on the front row for the first time. The young Italian challenged and led for seven laps but a puncture ended hopes of a breakthrough victory. Berger beat Michael Schumacher’s Ferrari by 17.527sec with Mika Häkkinen third for McLaren.

1935 Mercedes-Benz and Auto Union were dominating Grand Prix racing when the teams arrived at the Nürburgring for the German GP. The huge crowd had little thought for anything other than a home win as Mercedes had already won both Grande Épreuves held that year. That belief was reinforced when the W25Bs of Rudolf Caracciola, Luigi Fagioli and Manfred von Brauchitsch all led and the latter entered the final lap with Tazio Nuvolari’s old-fashioned Alfa Romeo P3 second. Seemingly secure but pushed all-the-way by the much-respected Italian, von Brauchitsch had over-stressed his tyres and a puncture handed Nuvolari a shock victory.

2002 The 2002 German Grand Prix was the 382nd and final World Championship race for Arrows. It was a sad demise for the ambitious but ultimately unsuccessful marque. Founded by defectors from the Shadow Formula 1 team, Arrows never won a race with a high of second-place in the 1978 Swedish GP, 1980 Long Beach GP, 1981 San Marino GP (all Riccardo Patrese), 1985 San Marino GP (Thierry Boutsen) and 1997 Hungarian GP (Damon Hill) as close as it would come. Patrese also qualified on pole position for the 1981 Long Beach GP but ultimate success proved elusive. 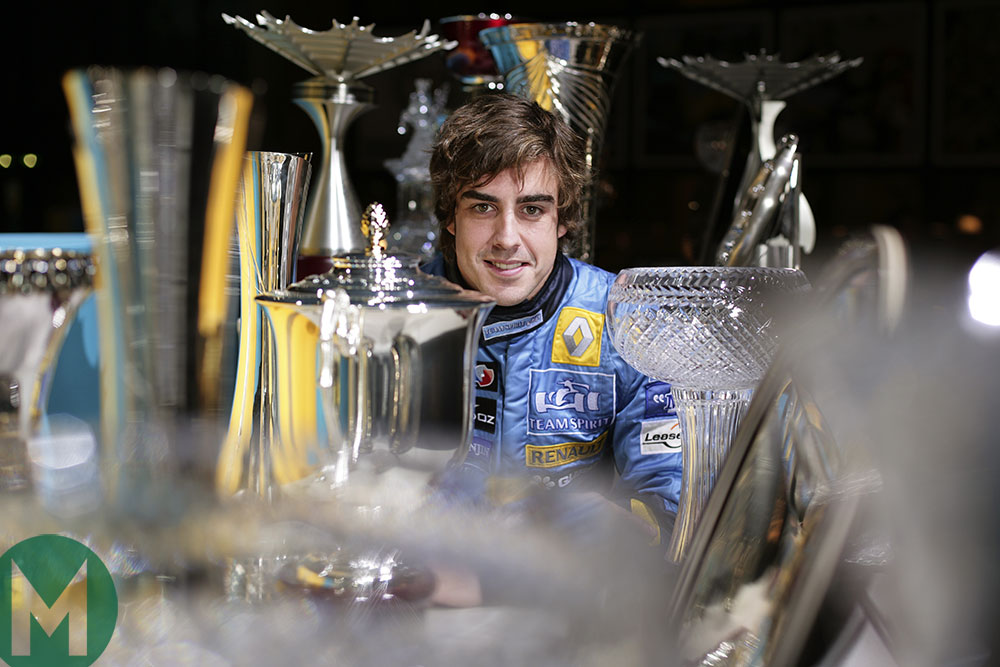 1973 The 1973 Dutch Grand Prix was a tragic affair for promising Englishman Roger Williamson was killed when safety measures proved insufficient. His March-Ford caught fire when he crashed and overturned on the ninth lap at Zandvoort. David Purley tried in vain to save his friend as the hapless marshals looked on. That Jackie Stewart led a Tyrrell 1-2 at the finish was immaterial.

1981 Spain’s only Formula 1 World Champion, Fernando Alonso (above, 2005), turns 37 today. The youngest F1 winner to that date in 2003 and a double champion at 25, he remains one of the sport’s major stars. While recent machinery has restricted chances to add to his 32 F1 victories, Alonso has chased glory at Indianapolis and Le Mans – coming close in the 2017 Indy 500 – and winning sports car racing’s great test at the first attempt this year.

1995 Damon Hill qualified on pole position for the 1995 German Grand Prix but the local crowd was sent into a frenzy when his Williams-Renault crashed out of the lead on the second lap. Local hero and reigning champion Michael Schumacher (Benetton-Renault) then dominated proceedings to win his home race for the first time. David Coulthard finished second in the other Williams with Gerhard Berger third for Ferrari.

2000 Ferrari’s Rubens Barrichello came from 18th on the grid to win the 2000 German Grand Prix and secure his first Formula 1 victory. The McLarens of Mika Häkkinen and pole winner David Coulthard finished second and third after Barrichello’s team-mate Michael Schumacher was eliminated in a collision with Giancarlo Fisichella at the first corner. Häkkinen led but a judicious tyre choice, as the heavens opened, handed Barrichello the advantage and welcome victory. 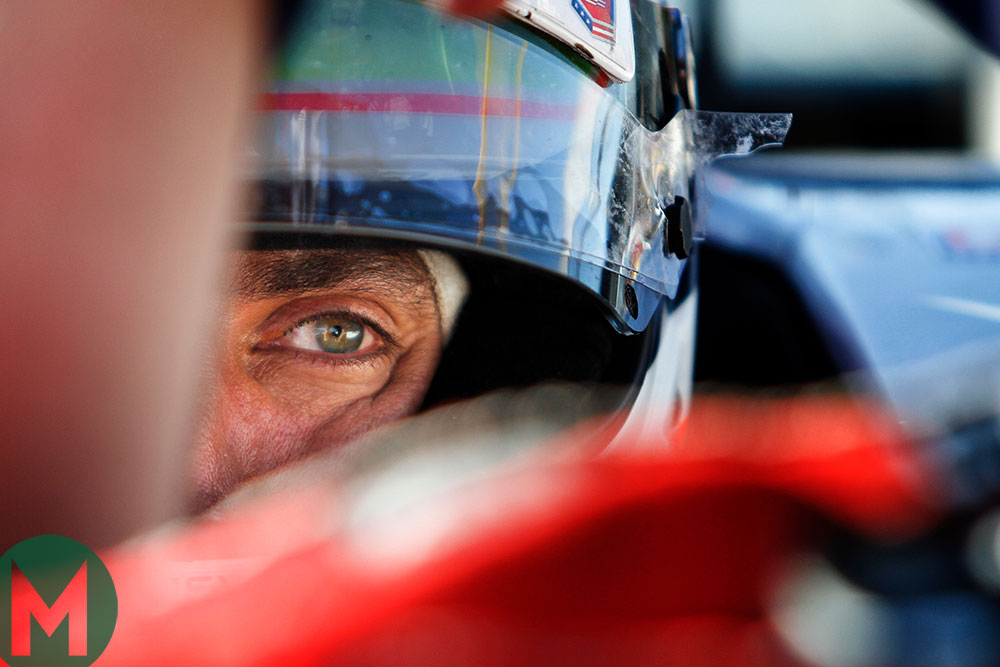 1978 Former Grand Prix driver and Champ Car race winner Justin Wilson (above) was born in Sheffield 40 years ago today. The 2001 Formula 3000 Champion, this tall and personable Yorkshireman raced for Minardi and Jaguar during 2003 – finishing eighth in the United States GP at Indianapolis – before switching to the Champ Car World Series. Runner-up in 2006 and 2007 when driving for RuSport, he was a popular addition to the IndyCar Series until his death following a freak accident during the 2015 Pocono 500.

1994 The 1994 German Grand Prix is best remembered for the frightening fire that engulfed Jos Verstappen’s Benetton-Ford as he refueled after 15 laps. Gerhard Berger led all the way for Ferrari to score his ninth Formula 1 victory with the Ligier-Renaults of Olivier Panis and Eric Bernard completing the podium finishers. Eleven cars were eliminated on the opening lap and just eight drivers finished in a dramatic contest. 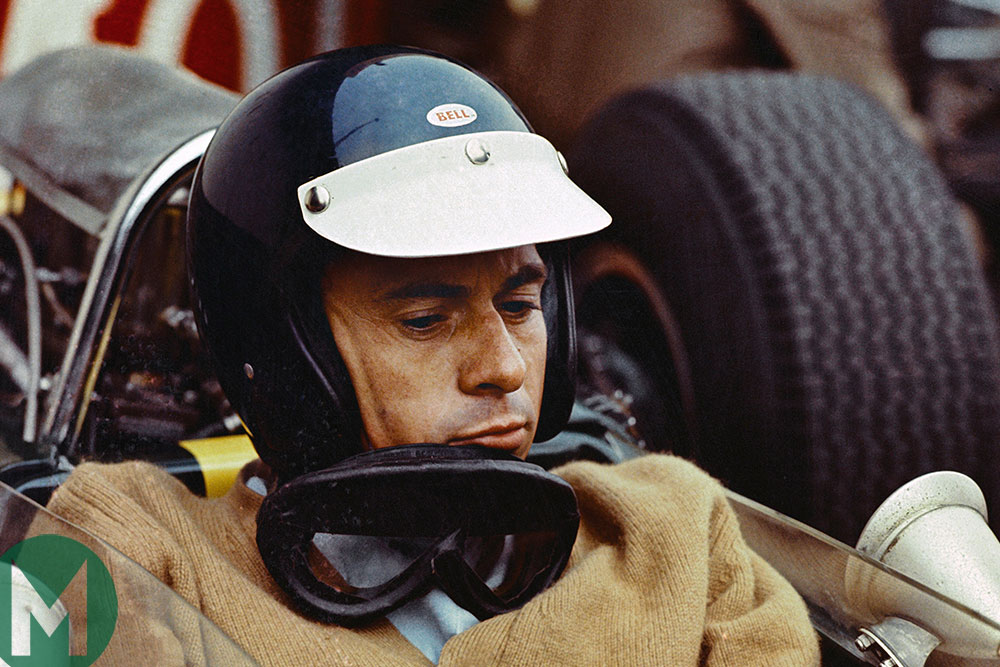 1959 This was a tragic day for European motor racing. On a wet track, Jean Behra died when he crashed his Porsche 718 RSK on AVUS’ North Curve while leading the Berlin Grand Prix for 1.5-litre sports cars that supported the German GP. The Frenchman was thrown clear and killed instantly. Meanwhile, 1955 and 1957 Le Mans winner Ivor Bueb succumbed to injuries inflicted when he crashed a Cooper-Borgward in the Formula 2 Trophée d’Auvergne at Clermont-Ferrand six days previously, ironically having diced with Behra.

1965 Jim Clark (above) was imperious throughout 1965 and he clinched that year’s World Championship by leading the German Grand Prix at the Nürburgring from pole position to chequered flag, setting the fastest lap as well. That was Clark’s sixth F1 victory of the season and he only failed to win the other championship round at Monte Carlo because he was away conquering the Indianapolis 500. Graham Hill finished the German GP in second position for BRM with Dan Gurney’s Brabham-Climax third.

1976 The German Grand Prix was stopped when Niki Lauda’s Ferrari crashed on its second lap of the Nürburgring and burst into flames. The reigning champion suffered severe burns but he made a brave comeback from those life-threatening injuries at the Italian GP. Closest rival James Hunt won the restarted race for McLaren with Jody Scheckter’s six-wheel Tyrrell second and Jochen Mass third in the sister McLaren.

1980 The motor racing world was mourning the death of Patrick Depailler on this day. The two-time Grand Prix winner had moved to Alfa Romeo that year as he recovered from injuries sustained in a hang-glider accident. He was testing alone ahead of the German GP when his Alfa Romeo 179B crashed at the ultra-fast Ostkurve. Jacques Laffite dedicated victory in the subsequent race to his friend and former Ligier team-mate. 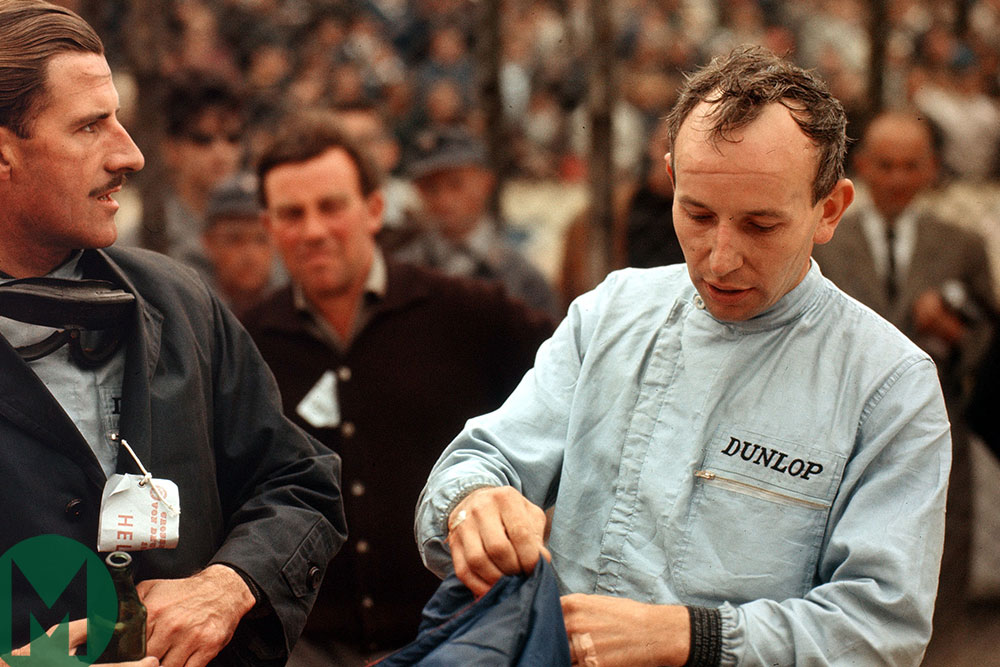 1959 The German Grand Prix was held at AVUS the day after Jean Behra had died in a support race. This was an unusual affair – not just because of the high-banked North Curve and tragedy, but because it was arranged over two heats. Ferrari dominated with Tony Brooks qualifying on pole position and leading a 1-2-3 on aggregate. Dan Gurney finished second on his second championship appearance with Phil Hill the only other driver to complete the full 60 laps. Hans Herrmann was thrown clear when he crashed his British Racing Partnership BRM at the South Curve.

1964 John Surtees won the 1964 German Grand Prix at the Nürburgring for Ferrari. That was the former motorcycling World Champion’s second GP victory and the first on his way to that year’s Formula 1 World Championship. Graham Hill was second for BRM with Lorenzo Bandini third in the other Ferrari. The race was also notable for Honda’s F1 debut for which Ronnie Bucknum qualified at the back and crashed at two-thirds’ distance.