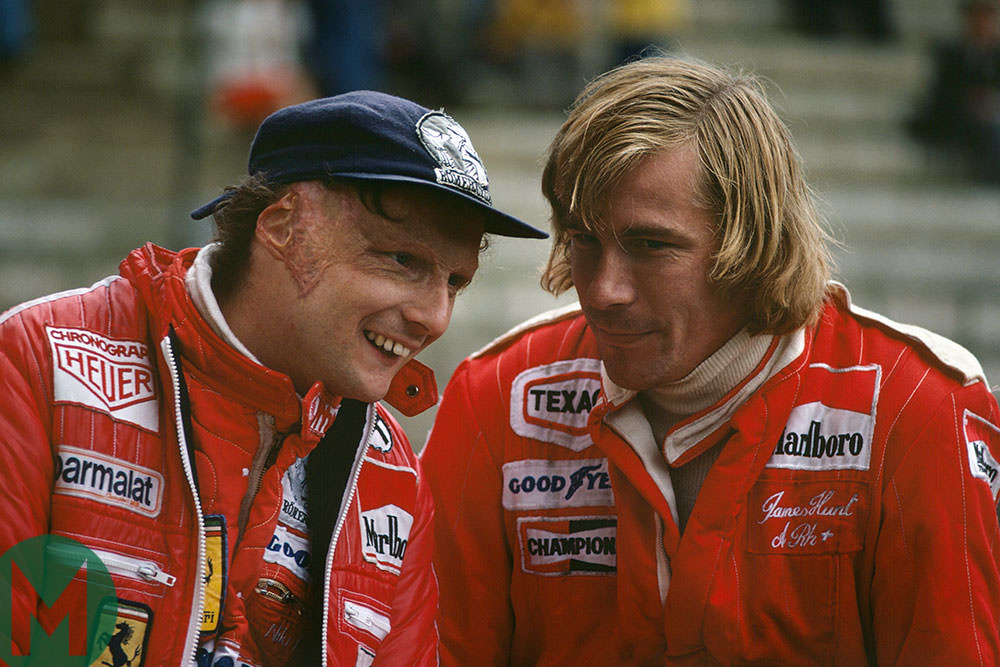 1952 After a 22-year absence, Mercedes-Benz made a triumphant return to Le Mans in 1952. Phil Walters’s Cunningham coupé led the opening lap but was soon passed by the fast-starting Ferraris of Alberto Ascari and André Simon. The British challenge was stymied as Aston Martins and Jaguars retired early. Ascari and Simon were both delayed and Robert Manzon’s Gordini led before his brakes failed. Pierre Levegh attempted to complete the 24 hours single-handed and lost a secure lead when his conrod failed with an hour and a quarter to go. The Mercedes 300SLs of Hermann Lang/Fritz Riess and Helmut Niedermayer/Theo Helfrich finished first and second as a consequence.

1969 Jacky Ickx and Jackie Oliver’s Ford GT40 won the Le Mans 24 Hours in one of the closest finishes in history. Rolf Stommelen led the early stages until delayed by an oil leak that eventually forced his Porsche 917 to retire. The Stuttgart marque appeared on course nonetheless but a succession of 917s and 908s retired or were delayed. Ickx assumed the lead in the morning and battled Hans Herrmann’s 908, which had been delayed in the pits, during the final hour. They exchanged the lead during a tense duel before Ickx prevailed, winning the first of six Le Mans victories by just 120 yards. The race was marred by an accident on the opening lap at Maison Blanche that cost John Woolfe his life.

1993 James Hunt died after a heart attack on this day 25 years ago. A larger than life character, Hunt made his Formula 1 debut for Hesketh in 1973 and spent three seasons with that eccentric team. Winner of the 1975 Dutch Grand Prix, Hunt moved to McLaren in 1976 and narrowly beat Ferrari’s Niki Lauda to that year’s world title after one of the most dramatic seasons in history. He scored the last of 10 GP victories at Fuji in 1977 and bowed out of the sport after a half season with Wolf in 1979.

1923 Scottish Formula 1 driver and double Le Mans winner Ron Flockhart was born in Edinburgh in 1923. He started 13 Grands Prix and finished third in the 1956 Italian GP for Connaught. He made his debut at Le Mans in 1955 and won the 1956 and 1957 editions of the race when driving an Ecurie Ecosse Jaguar D-type. Flockhart was an adventurous spirit and he was attempting to break the record from Sydney to London when he crashed and was killed near Melbourne. 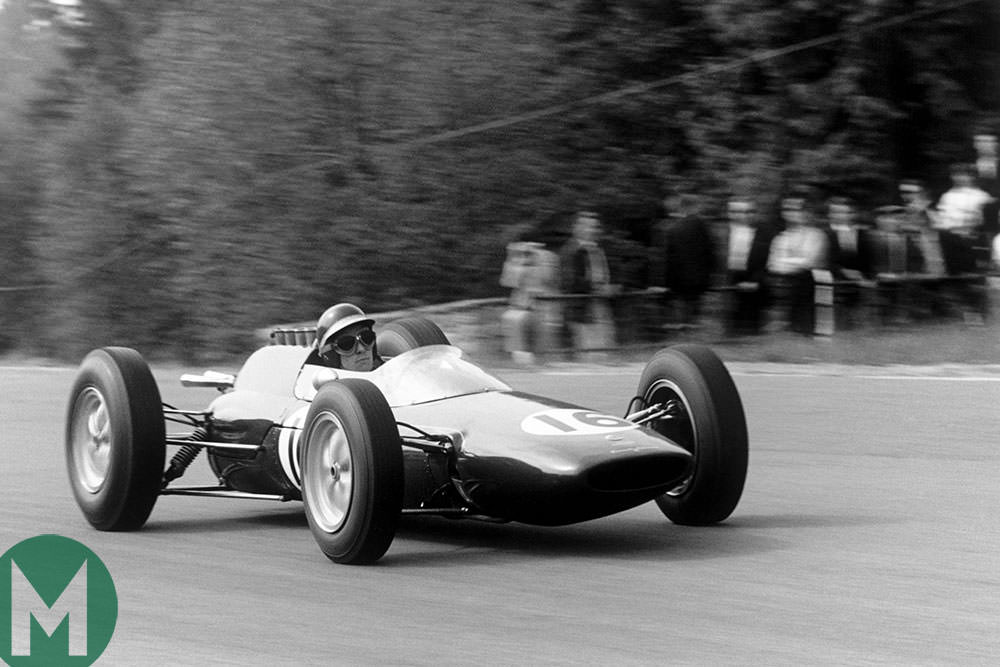 1907 The home of British motor racing was opened on this day in 1907. Brooklands held the first Grands Prix in England, in 1926 and 1927. With an outer banked circuit, a permanent road course was named after Sir Malcolm Campbell when introduced in 1937. High speeds and a society atmosphere were central to Brooklands folklore. In 1935, the fastest lap of the outer circuit was run at over 143 mph by John Cobb’s Napier-Railton. Brooklands closed at the start of World War II and never reopened.

1962 Jim Clark (pictured, above) came from 12th on the grid to score his breakthrough Grand Prix win at Spa-Francorchamps in 1962, beating Graham Hill by 44.1sec. The pole-winning BRM of Hill led the opening lap but was passed by Clark’s Lotus team-mate Trevor Taylor and Ferrari’s Willy Mairesse. They battled for the lead for the next 25 laps until they crashed into each other, the Belgian lucky to survive as his car burst into flames. World Champion Phil Hill finished third.

1973 The first Formula 1 Swedish Grand Prix was held on this day 45 years ago. Local hero Ronnie Peterson had yet to win a championship race but seemed set to score his maiden victory. He qualified on pole position and led until picking up a slow puncture. Fifth in the early stages, Denny Hulme took second four laps from the finish and then passed Peterson slowing Lotus two laps later to deny the local hero. Peterson finished second with Tyrrell’s François Cevert third.

1978 Niki Lauda won the Swedish Grand Prix on the only appearance of Brabham’s controversial “fan car” before it was banned. Champion elect Mario Andretti qualified on pole position for Lotus and led for 38 laps before being passed by Lauda. The American retired and his team-mate Ronnie Peterson was narrowly beaten into second by Riccardo Patrese’s Arrows.

1966 Chris Amon and Bruce McLaren led a Ford 1-2-3 in the Le Mans 24 Hours to register the American marque’s first victory. With Henry Ford II the honorary starter, the mighty GT40 Mk2s led from the start before rain and brake wear handed the advantage to rival Ferraris during the night. However, Ludovico Scarfiotti crashed and the NART P3 of Richie Ginther and Pedro Rodríguez retired to leave the three remaining Fords in control. Ken Miles recovered from an early delay to secure his door to finish on the same lap as the winner in a staged finish.

1967 Dan Gurney scored the only Grand Prix victory for his Eagle marque when he won the Belgian GP at Spa-Francorchamps. Jim Clark dominated practice and the race until delayed by a couple of unscheduled pitstops. Gurney also pitted to sort an issue with his fuel pressure but he closed in on leader Jackie Stewart (who was having to hold his car in gear) and passed the BRM H16 with eight laps to go. He eventually beat Stewart by over a minute with Clark sixth.

1995 The road-legal McLaren F1-GTR of Yannick Dalmas, JJ Lehto and Masanori Sekiya won the Le Mans 24 Hours in one of the wettest races on record. The WRs had started from the front row and led the first hour but both retired, Patrick Gonin causing a 45-minute full course yellow after crashing in the rain. Mario Andretti shared the second-placed Courage with Bob Wollek and Eric Hélary. Denied the chance of a sixth victory due to late gearbox trouble, Derek Bell finished third as McLaren finished 1-3-4-5. 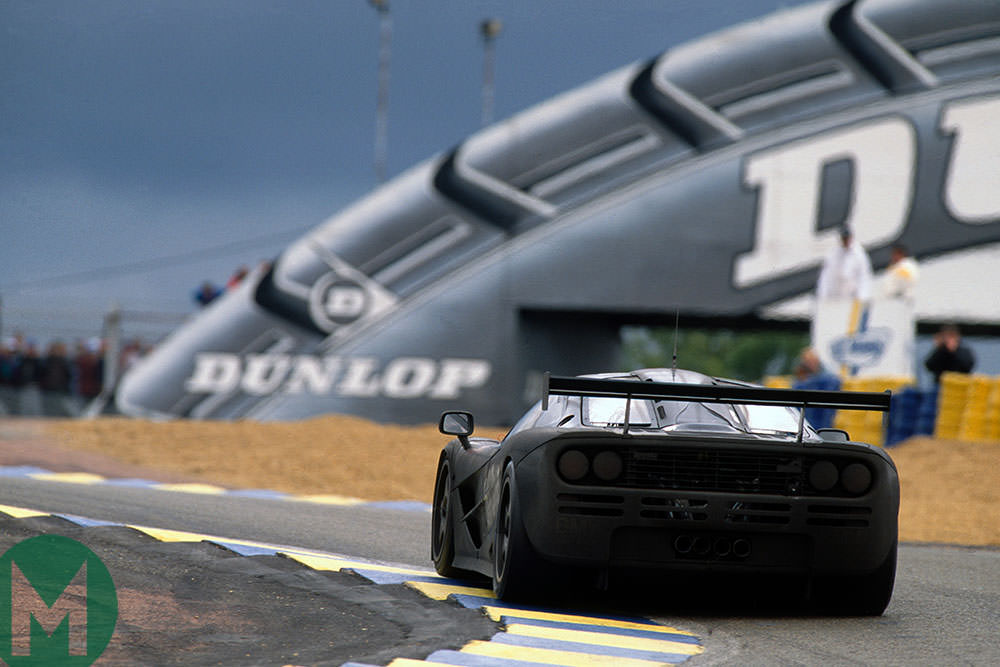 1960 The 1960 Belgian Grand Prix was a tragic affair. Both Stirling Moss and Mike Taylor had been seriously injured during practice and fellow Englishmen Chris Bristow and Alan Stacey were killed in separate incidents during the race. Jack Brabham led a Cooper 1-2-3 but that mattered little on a dark day for the sport.

2005 Michael Schumacher’s Ferrari won the farcical 2005 United States Grand Prix after only six Bridgestone-shod cars started. Held on the Indianapolis road course, the high-speed final corner (Turn 1 on the Speedway) placed excessive loads on the left-rear tyre and Ralf Schumacher crashed heavily during practice when his tyre punctured. The Michelin runners all withdrew on the parade lap on safety grounds leaving just Ferrari, Jordan and Minardi to compete in front of the angry American audience. Rubens Barrichello was second and Jordan’s Tiago Monteiro finished third.

1982 The Le Mans 24 Hours was run for the 50th time in 1982 (below, pictured) with Jacky Ickx and Derek Bell leading a 1-2-3 for the works Rothmans Porsche team. Their task was made easier when expected challenges from Rondeau, Ford and Lancia evaporated before morning. Just 18 cars finished, and Porsche won every class. It was Ickx’s then record sixth victory and Derek Bell’s third success. 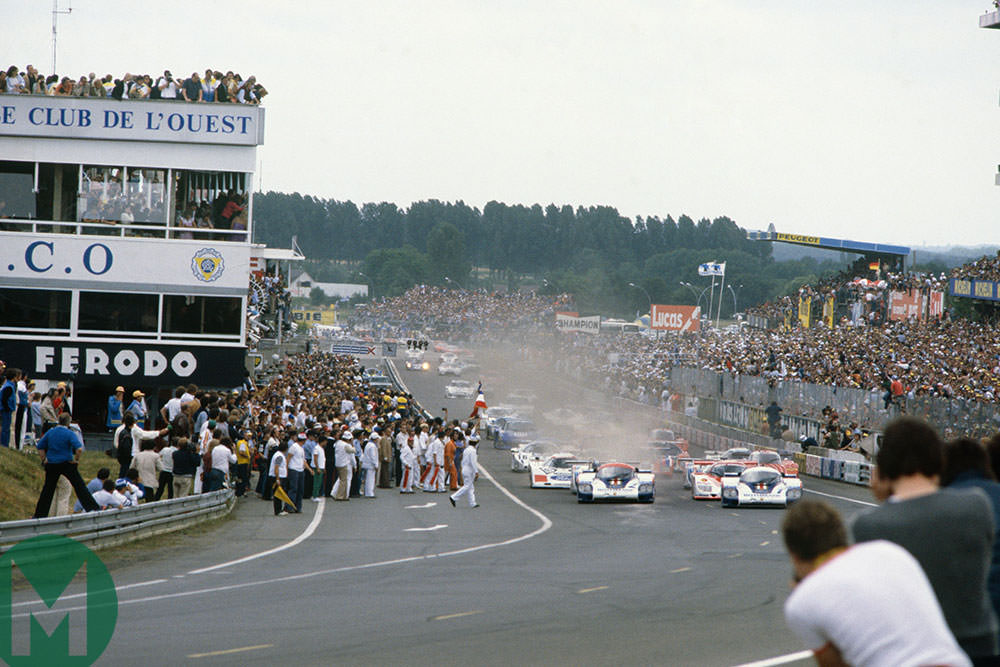 1959 The Le Mans 24 Hours was a notable race for Aston Martin. With three works DBR1/300s in the field, Stirling Moss led for the opening hour and exchanged the lead with the Ferrari of Jean Behra and Dan Gurney before he retired. Behra/Gurney also failed to finish and Olivier Gendebien and Phil Hill’s Ferrari took the lead in the early hours. They were in control when forced to park their overheating car in the morning. That left a pair of Astons to cruise to the finish, Roy Salvadori/Carroll Shelby beating team-mates Maurice Trintignant/Paul Frère by a lap.

1970 Jochen Rindt took a joyless victory in the 1970 Dutch Grand Prix for his friend Piers Courage had been killed during the race. It was the first of four successive victories for the new Lotus 72 that took the Austrian to the brink of the title. Jackie Stewart’s March was second and Jacky Ickx (Ferrari) third. Peter Gethin and Clay Regazzoni both made their Formula 1 debuts in the race.

1981 Gilles Villeneuve scored his second Grand Prix victory in a row when he won the Spanish GP at Járama with the top five cars covered by just 1.24 seconds. The Ferrari 126CK was all power and no handling and the Canadian used its straight-line speed to hold off quicker rivals for lap-after-lap. Jacques Laffite qualified his Ligier on pole position but made a bad start and finished second with John Watson, Carlos Reutemann and Elio de Angelis also following Villeneuve home. Alan Jones led the opening 13 laps and appeared in control until he crashed.

1992 Just 28 cars started the 1992 Le Mans 24 Hours, the smallest field since 1932. Unsighted by spray, Alain Ferté (Peugeot) crashed into Geoff Lees’s Toyota on the Mulsanne straight and the Mazda of previous year’s winners Volker Weidler, Johnny Herbert and Bertrand Gachot was delayed. Driving for pre-race favourites Peugeot, Derek Warwick, Yannick Dalmas and Mark Blundell assumed an early lead and eased to victory by three laps after a near-faultless run. Toyota was second and another Peugeot 905B third despite Philippe Alliot spinning on a couple of occasions.