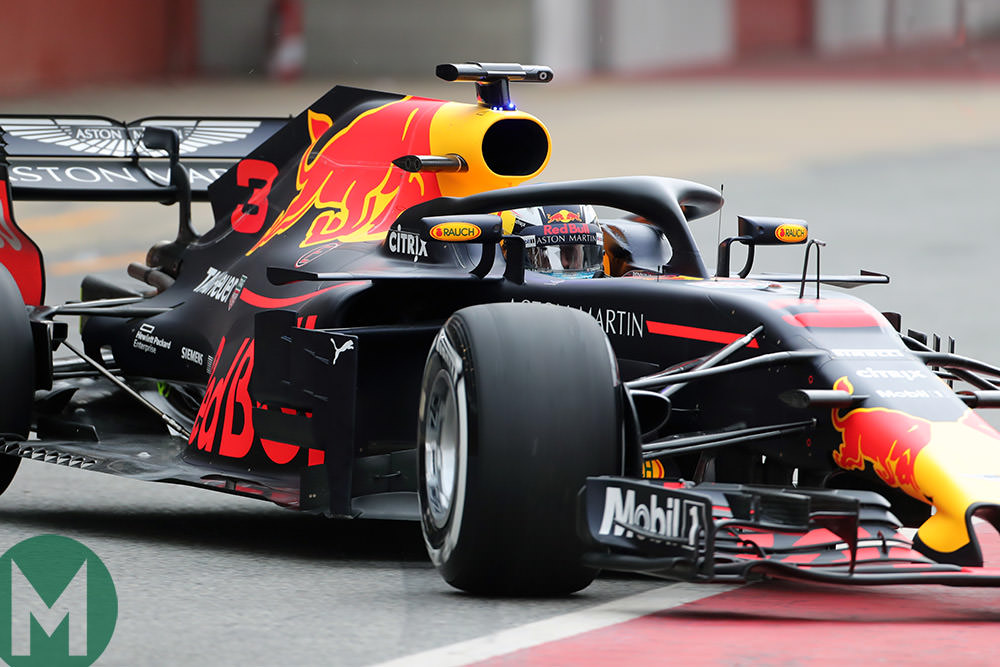 Aero changes that the FIA wishes to introduce to Formula 1 next year – two years ahead of the Liberty-researched changes for 2021 – are set to be put to the vote at the end of next week.

Essentially, these plans – proposed by the FIA, with the guidance of the body’s aerodynamic specialist Nikolas Tombazis – centre around a narrower front wing and wider rear in an attempt at improving the ability of the cars to race wheel-to-wheel. The governing body proposed them at the Liberty presentation to the teams in Bahrain, where they are understood to have received a less than enthusiastic reaction. But with the FIA keen to press ahead, the teams were given an amnesty on the regulation CFD limitations between the Bahrain meeting and the vote next week, in order to help better inform them of how they might design their cars should the changes come into force.

The proposed front wing would not only be narrower but considerably simplified, with standardised endplates and none of the vortex generators seen on the incredibly sophisticated current wings. The aim of this would be to discourage the ‘outwash’ aerodynamics that have prevailed in F1 since around 2009, whereby the wing directs a greater proportion of the airflow to the outer bodywork rather than underfloor. Under the then-new regulations of 2009, teams were finding there was more lap time to be found in accelerating the air down the outer bodywork as it made its way to the crucial gap between rear wheel and diffuser than directing more of it to feed the diffuser directly. Getting the air through that gap at the highest speed possible creates a draw on the airflow exiting the diffuser itself as the two flows merge – thereby increasing the underbody flow’s speed. McLaren started the 2009 season as the only car continuing with an ‘inwash’ front wing – and it proved hopelessly uncompetitive, often leaving Lewis Hamilton and Heikki Kovalainen in the Q1 part of the grid. A mid-season upgrade based around an outwash front wing completely transformed the car’s competitiveness, with Hamilton winning in Hungary just one race later.

Essentially, the various vanes and slots of the wing create vortices – circling currents of air – ahead of the sidepods that accelerate the oncoming flow, as well as keeping it separate from the inboard flow feeding the radiators and underfloor. As a generality, the faster the air flows the greater the downforce. This outwash vortex generation has brought about big gains in aerodynamic efficiency (ie how much downforce is created for how much drag) over the years. However, because it is external, it is probably more sensitive to variations in airflow caused by the car ahead than would be an ‘inwash’ philosophy of car. But no-one is going to build an inwash car when it would almost certainly be slower – as McLaren proved in 2009. Standardised endplates would effectively enforce an inwash aerodynamic philosophy on everyone.

The idea behind a wider rear wing is that it would take the rooster-tail wake coming off it higher into the air and thereby create a bigger ‘smooth’ area directly behind the car. The area of turbulence would be moved further back, so that a car entering the turn already past that choppy air would then find a smooth region where its aerodynamics were not so adversely affected. Both these ideas are based on research done so far by the Liberty aero research group for the 2021 regulations. But it is research that is not yet complete – hence there is some reluctance in incorporating it too early.

The impetus for the 2019 change is the FIA’s, not Liberty’s. The FIA position is, ‘Let’s not wait for two years with something that doesn’t work well,’ whereas Liberty’s is, ‘Why risk introducing something that may not work ahead of a properly researched 2021 solution?’ The F1 Commission will vote on it at the end of next week and from there, any decision would normally be rubber-stamped by the FIA World Council the following day.