As the Formula 1 paddock prepared for race day at this year’s season-opening Austrian Grand Prix, Nico Hülkenberg posted a picture on Instagram of himself in front of the TV with a beer in hand.

After being dropped by Renault at the end of 2019, the German driver looked to have come to the end of his Formula 1 journey.

Today, he’s seven points off Sebastian Vettel in the championship standings and is linked with several of the vacant seats that remain for next season — thanks to his impressive performances as a Racing Point stand-in.

Last Sunday was the third time this year that he has been parachuted in to the team, after Lance Stroll fell ill over the Eifel Grand Prix weekend.

Considering he registered just four laps before the lights went out on Sunday, his eighth-place finish (and driver of the day award) after starting last on the grid was more than commendable.

It’s the dream of any reserve driver looking to capitalise on a rare opportunity in the spotlight. Sometimes a substitute appearance can remind watching team principals of a talent that had fallen off the radar. But on other occasions, it confirms why they no longer have a regular seat.

Here are some of the drivers who have made their mark — for good or bad — as eleventh-hour replacements. 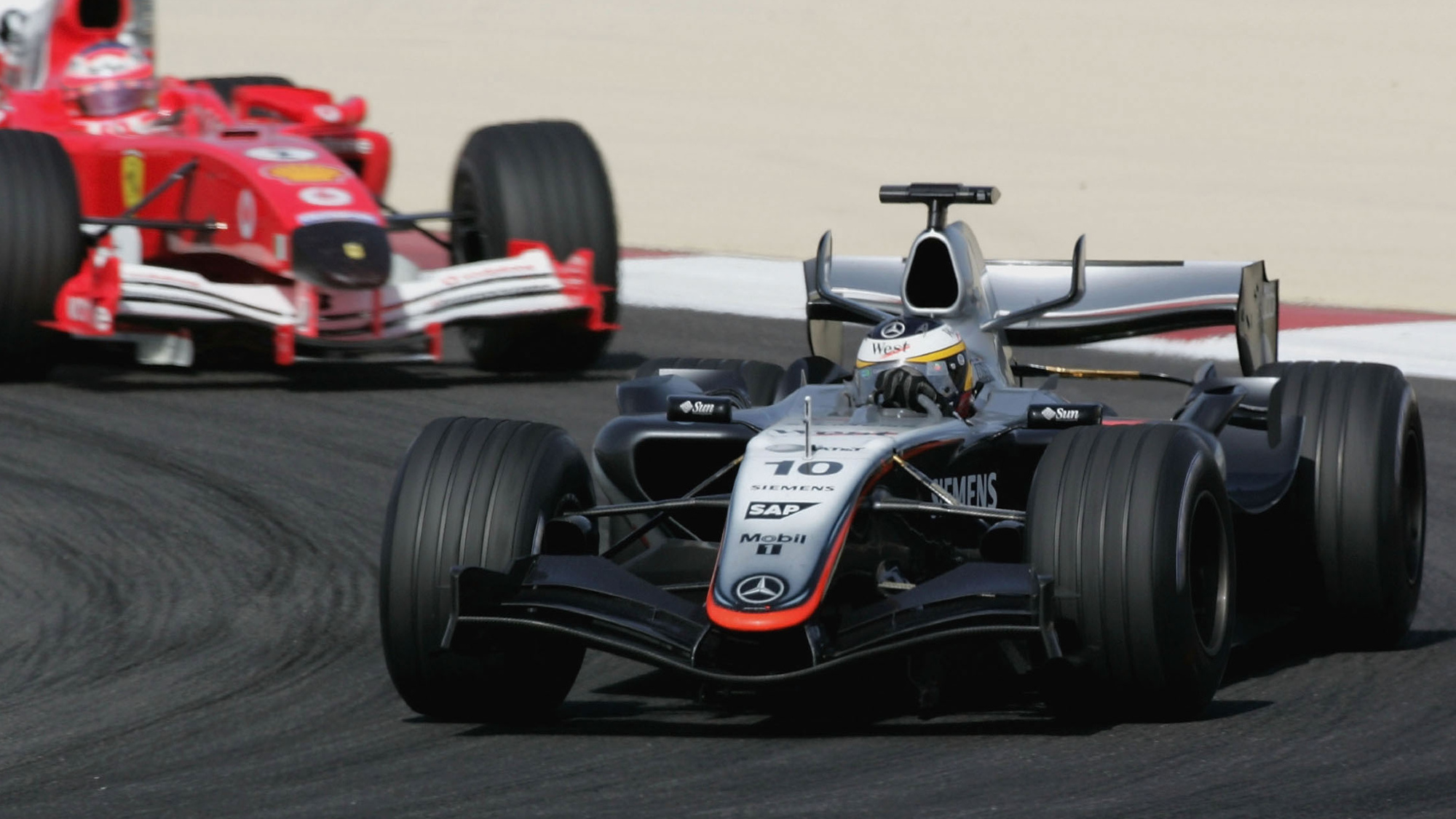 In the days before current testing restrictions, reserve drivers at least had a fighting chance because they were familiar with the car. After two years at Jaguar with little success, Pedro de la Rosa moved across to McLaren for the 2003 season as test driver for the team and logged many miles for the team on the test track.

When Juan Pablo Montoya suffered a hairline fracture in his shoulder playing tennis ahead of the 2005 Bahrain Grand Prix, de la Rosa had his chance, three years after his last F1 race. It was hardly an easy return, with record high temperatures recorded on the Sunday reaching 42.5 degrees celsius.

He outqualified team-mate Kimi Räikkönen on the Saturday and after a battle with Rubens Barrichello and Jenson Button during the race, ended up a respectable fifth with four championship points to show for his efforts.

It wasn’t the last time he replaced Montoya either. The following season he was called upon after the former departed Formula 1 for NASCAR mid-season, and he went on to score his only F1 podium at the Hungarian Grand Prix that season, finishing as runner up to Jenson Button.

Despite de la Rosa’s obvious pace, there was no space on the grid for him the following season. However, he did return in 2010 with Sauber, at the age of 38, eventually ending his career with the Spanish HRT team. 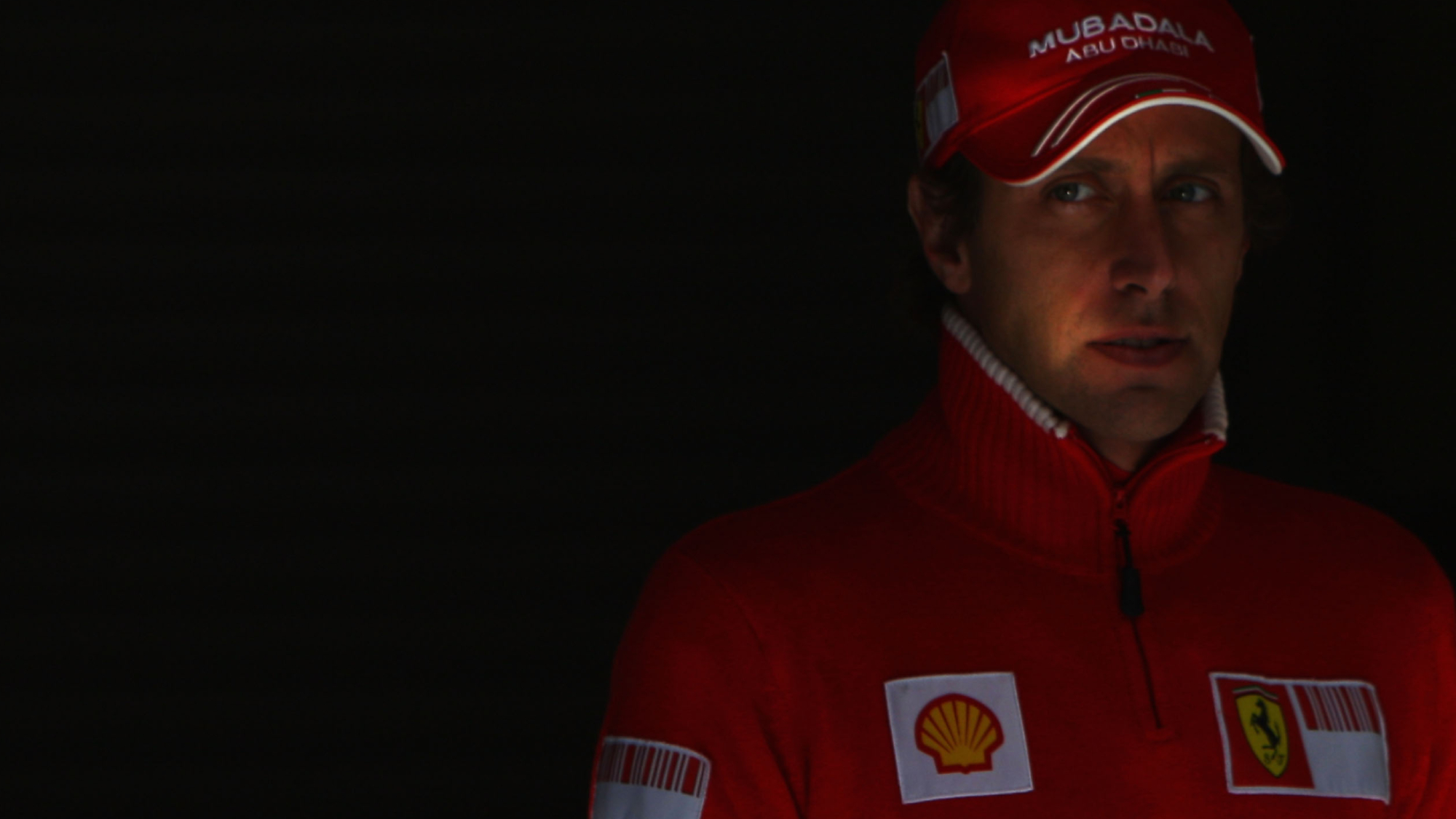 Replacement drivers often have little to lose when they are parachuted in to a race seat. It brings a chance to revive a career that has often stalled, and with low expectations given their lack of recent race experience.

But Luca Badoer’s substitute appearance for Ferrari is a cautionary tale of how an underwhelming appearance can overshadow an entire reputation.

After an unfortunate practice accident at Hungary in 2009, when a stray spring from Rubens Barrichello’s Brawn GP car struck the helmet of Felipe Massa, the Brazilian spent the remainder of the season on the sidelines as he recovered from surgery. There was a great deal of speculation on who would replace him at Ferrari alongside Räikkönen.

Michael Schumacher tested for the team ahead of an expected return, but wasn’t fully fit because of a neck injury suffered during his own crash on a superbike. In the end, it was the team’s longstanding test driver Badoer who got the nod, and the Italian was dropped in at the deep end in what was a difficult and uncompetitive season for the Scuderia.

A Formula 3000 champion who had been testing for Ferrari since 1998, Badoer lasted just two races in which he finished 17th and 14th respectively, while Räikkönen achieved a win and podium in both respective rounds. Following the Belgian Grand Prix and another Italian’s stellar performance, Giancarlo Fisichella was recruited from Force India to see out the season for Ferrari, though he could only manage a best finish of ninth in the subsequent races. 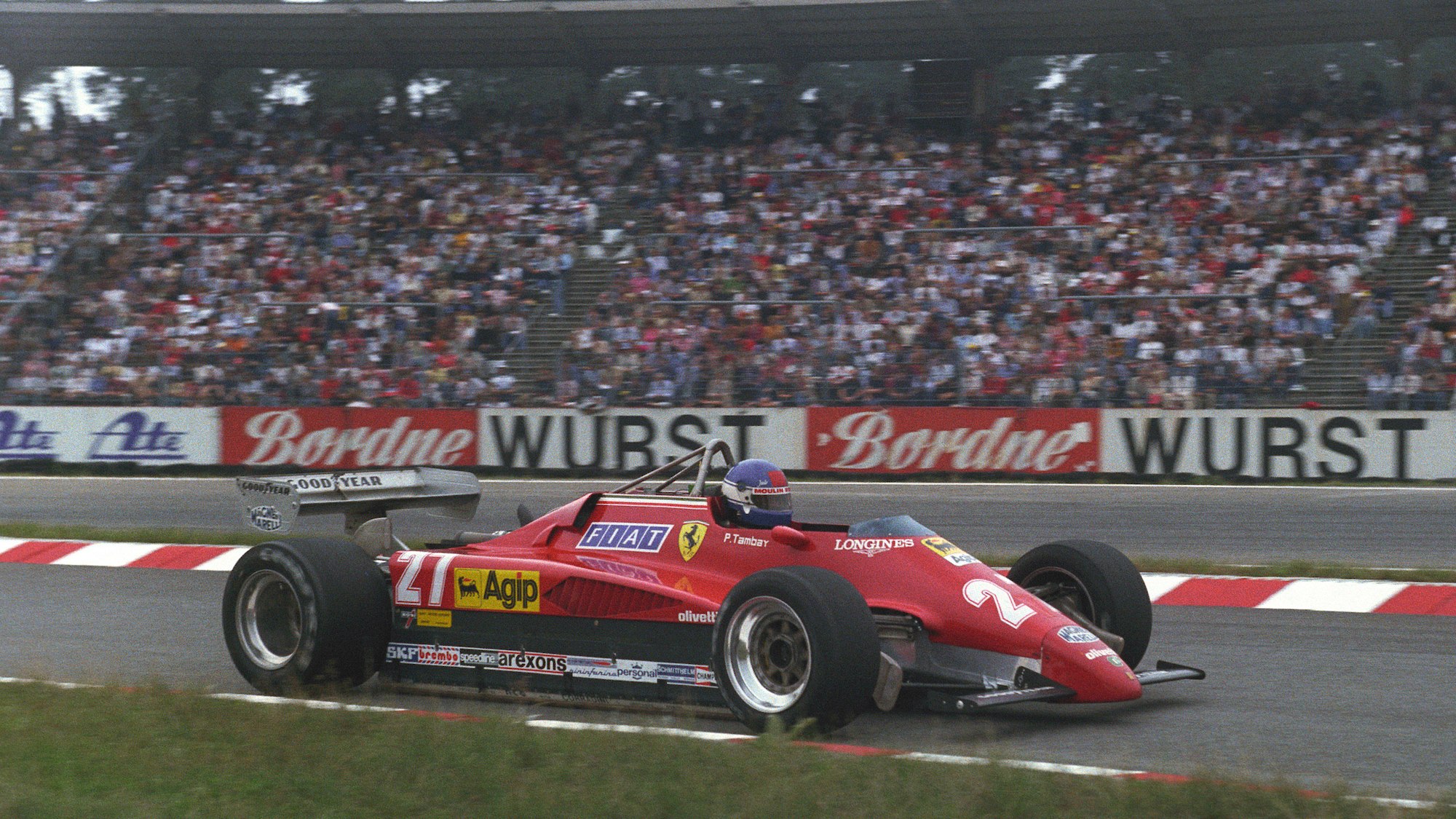 Tambay recorded his first F1 win at Hockenheim in 1982

Patrick Tambay had already driven in Formula 1 before his time with Ferrari in 1982. Prior to that, he achieved points finishes with Theodore Racing in 1977 before he moved across to McLaren for the 1978 and ’79 seasons.

His chance with the Prancing Horse came in tragic circumstances though after the death of his close friend, Gilles Villeneuve. In his fourth race for the team, Tambay recorded his first F1 win at the 1982 German Grand Prix, but team-mate Didier Pironi suffered his career-ending accident on the same weekend.

Tambay went on to record his second and final win the following year, coming at the San Marino Grand Prix in a Ferrari that bore the number 27. He dedicated his victory to Villeneuve on an emotional afternoon in which both Ferraris appeared on the podium. 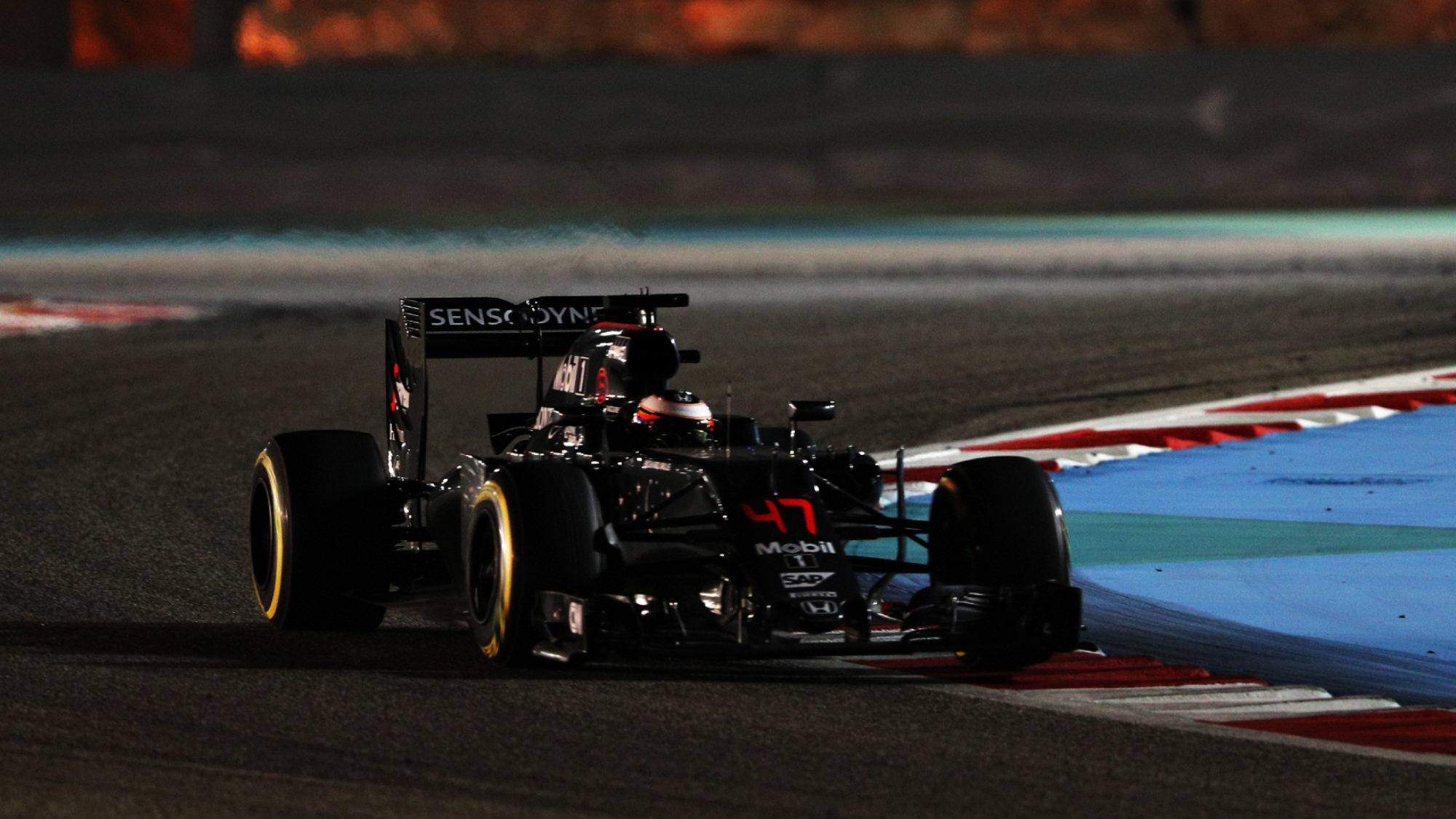 Vandoorne scored points in Bahrain when he replaced Alonso in 2016

A spectacular accident for Fernando Alonso during the season-opening race in Melbourne ruled the Spaniard out of the Bahrain Grand Prix having sustained broken ribs in the crash. It meant McLaren’s reserve driver Stoffel Vandoorne was called in to deputise for him.

Fresh from winning the 2015 GP2 championship, the Belgian drove a measured race to score a point on debut with 10th position, becoming the first reserve driver to score points in their first race since Sebastian Vettel did so with BMW Sauber at the 2007 United States Grand Prix.

His performance was obviously impressive enough that the team named him as Jenson Button’s replacement for the 2017 season after the British driver announced his retirement from the sport. Button himself would be back to fill in for Alonso at the that year’s Monaco GP.

Alongside the double world champion though, Vandoorne struggled to replicate his impressive junior formula showings on a consistent basis, and the team opted to let him leave the team at the end of the 2018 season.

Still contracted to Mercedes, Vandoorne remains a reserve driver to the factory F1 team, as well as to Racing Point. But he was racing in Formula E when Sergio Perez was diagnosed with Coronavirus earlier this year. In a salutory lesson of the need to be in the right place at the right time, Vandoorne missed a chance to return to the F1 grid and the opportunity fell to Hülkenberg. 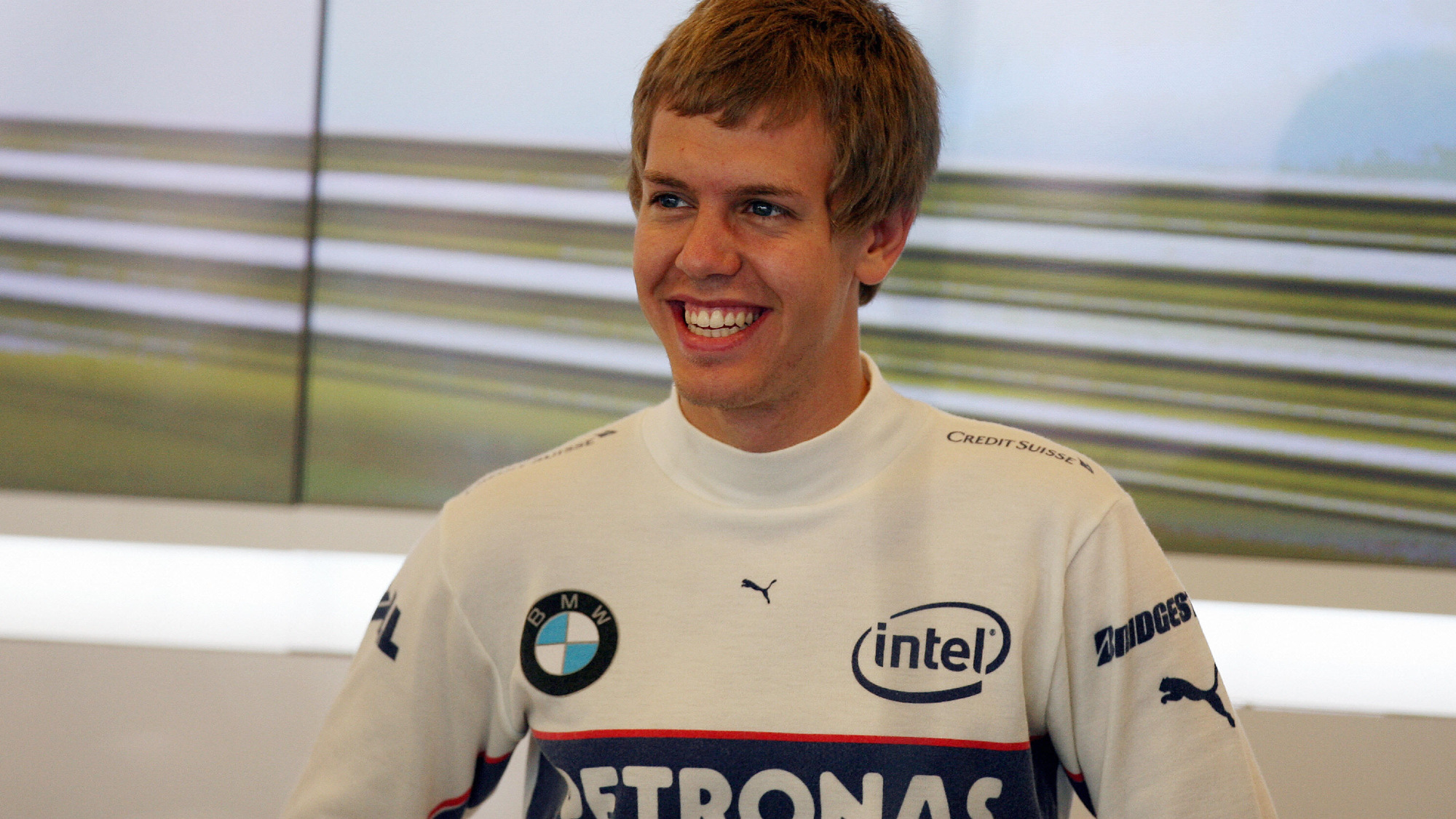 Sebastian Vettel’s debut came in 2007 at the USGP, and it was only up from there

While one rookie by the name of Lewis Hamilton had grabbed many of the headlines in 2007, another announced himself on the F1 stage with a competitive debut. Following Robert Kubica’s massive accident at the preceding Canadian Grand Prix, Sebastian Vettel was picked to replace the Pole for the following race, stepping up from his reserve driver role with BMW Sauber.

At just 19 years-old, Vettel notched up the quickest penalty of an F1 career for speeding in the pitlane during practice for the 2007 US Grand Prix, just nine seconds after leaving the garage. The German rebounded from the minor setback on Sunday to score a point on his debut in eighth place.

It was a result that netted him a drive with Toro Rosso before the season was out, replacing Scott Speed. He scored a memorable victory for the Faenza team in Italy the following year in wet conditions to become F1’s youngest-ever race winner, and from that point he never looked back.

Promotion to Red Bull for 2009 led to a run of four championship doubles for team and driver between 2010 and 2013. He departed to Ferrari to try and emulate his hero and compatriot Michael Schumacher and return the crown to Maranello, and despite not being successful in his efforts, now sits third on the all-time wins list in F1 on 53 victories. 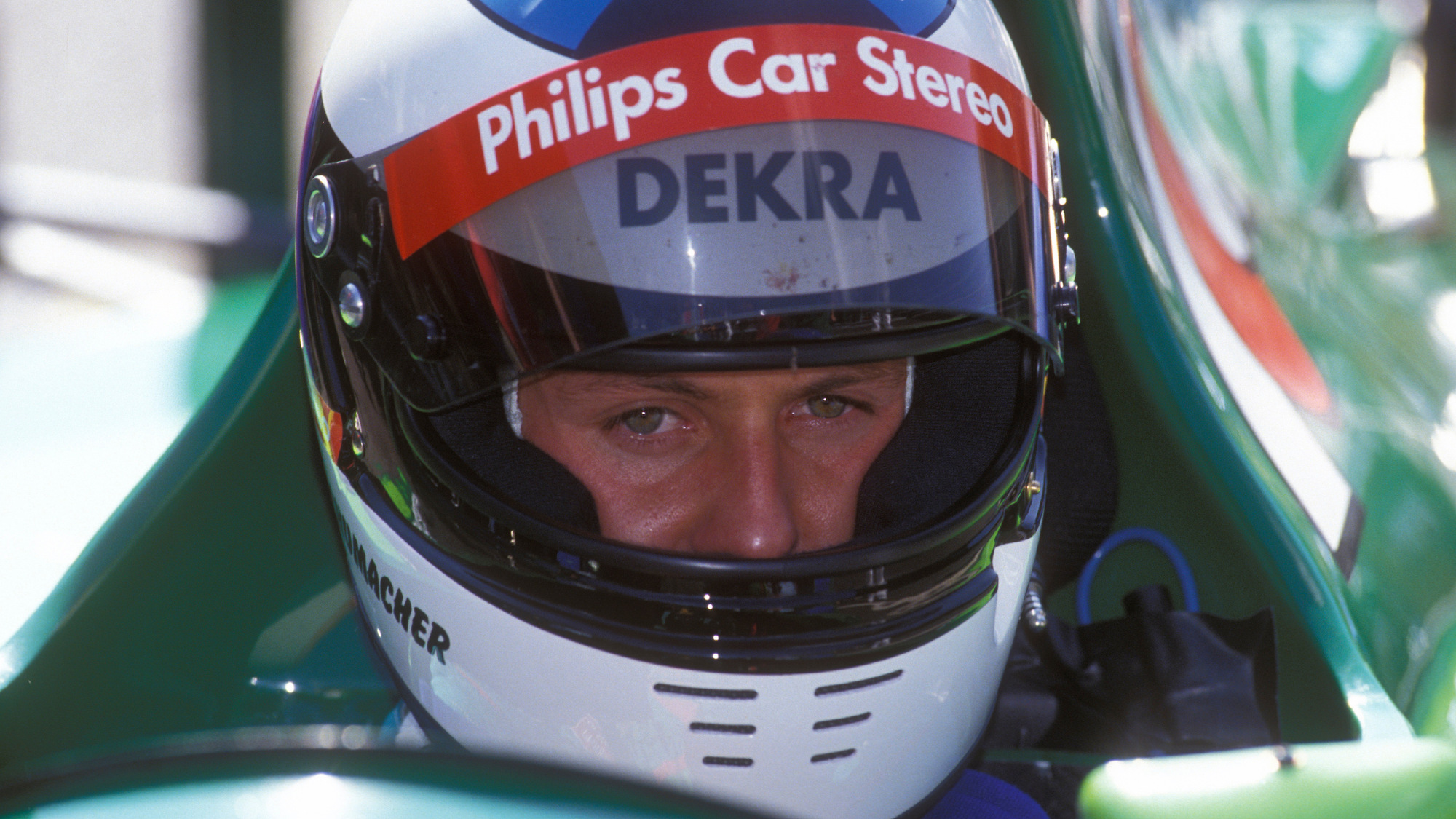 F1 could hardly have known at the time but Jordan’s super-sub was the next big thing. Thanks to some off-track trouble for Bertrand Gachot, a prison sentence kept him out of the car and Eddie Jordan dropped a young German by the name of Michael Schumacher into the empty seat.

It didn’t take him long to impress, recording a 1min 51.212sec lap of Spa-Francorchamps on Saturday for a brilliant seventh position on the grid, matching the team’s best result of the season to that point. Unfortunately for him, his Sunday lasted a matter of moments as his clutch failed on the opening lap of the 1991 Belgian Grand Prix, but he had already left his mark on the paddock.

His debut attracted the interest of Benetton and the German was immediately snapped up by the team for the remaining races of 1991 despite a court case brought by Jordan to try and retain him.

Schumacher notched up four points in the final races of ’91, with a fifth-place finish at the Italian GP the best result. One year on from his debut and at the same venue, Schumacher recorded his first F1 win. Between 1992 and 2006, he went on to add another 90 to his tally to become the now joint-most successful driver of all time.