When it was announced, in September 2009, that Ferrari had decided to terminate Kimi Räikkönen’s contract a year ahead of time, and to put Fernando Alonso in with Felipe Massa, there was no surprise in Formula 1 circles. His first season with the team (2007, when he won the World Championship) apart, Räikkönen’s time with Ferrari had undeniably fallen short of expectations – more often than not, he was outpaced by Massa, a man on a smallish fraction of his retainer. 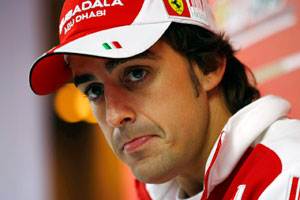 This has been a pricey season for Ferrari, which has not only had to pay off Kimi’s contract (while he contests the World Rally Championship for Citroën), but also to stump up for Fernando, who may be earning somewhat less than Kimi did (and certainly less than Mercedes is paying Michael Schumacher), but is still at the high end of the pay scale.

I’ll admit that when Alonso’s signing was confirmed I thought it good reason for other teams to quake a little. In the two years when Fernando won the World Championship, 2005 and ’06, Schumacher was still in his pomp, yet Alonso – with Renault – beat him. Put all that talent and commitment to work at Maranello, and how could anything much go wrong? When Fernando won the opening Grand Prix, in Bahrain, it seemed to suggest a stellar season for Ferrari. 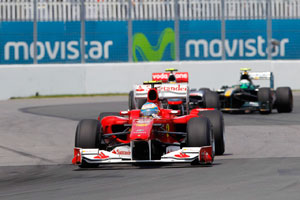 As I write, immediately before Hockenheim, that remains the team’s only victory in 2010. All season long Red Bull has had unquestionably the quickest car, but it has been by no means the most reliable – and that, whatever else, has always been one of Ferrari’s strongest suits. When Sebastian Vettel’s car faltered in Bahrain, it was Alonso and Massa who took over.

Since then, though, it has been McLaren which has benefited most from Red Bull failings – and rightly so, because its car has been consistently developed, in the traditional McLaren manner, and if the MP4-25 is not the equal of the Red Bull (particularly in qualifying), in most of the races it hasn’t been far away. Thus, Lewis Hamilton and Jenson Button sit first and second in the point standings.

Ferrari, meantime, has had a pretty thin season, and although Alonso has predictably outpaced Massa, one may be sure that he never envisaged, at mid-season, being only fifth in the championship, 47 points adrift of Hamilton. 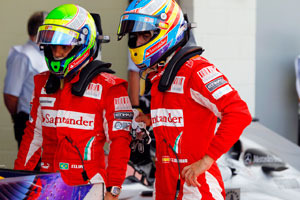 In part this is because Fernando has made mistakes, which is uncharacteristic of him. There have been tangles at the first corner, an unfathomably jumped start, a shunt at Monte Carlo, which obliged him to miss qualifying and therefore start from the back – after being quickest of all in the first two practice sessions… 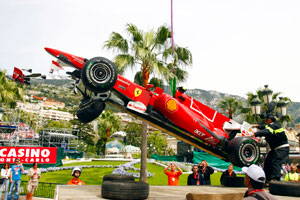 Many of the mistakes, I would suggest, have occurred because for a long time Alonso has necessarily been driving right at the edge in a car not truly on the pace. After an encouraging start to the season, Ferrari failed to keep pace with the developments other teams were introducing, and only in the last three races have decent innovations come through – in Montréal Fernando was right there, and only a couple of backmarkers kept him from threatening Hamilton in the late laps. In Valencia he was on Lewis’s tail, in third place, when the controversial safety car incident removed him from the reckoning. At Silverstone a drive-through penalty – also controversial – put him out of the points.

In Italy there is much talk of a crisis at Ferrari, and even speculation – misplaced, one hopes – about the future of Stefano Domenicali. Yes, the team has been through a very bad patch, but Alonso continues to insist that he can still be World Champion this year. He loves the team, and they him, but the time has come for a series of good results, and everyone knows it. I’m betting that Fernando will come on very strong through the balance of this season…