The 2020 Australian Grand Prix has officially been cancelled after a meeting between teams on Thursday evening.

In a joint statement, the FIA, Formula 1 and Australian Grand Prix Corporation (AGPC) said that the threat of the outbreak meant that team and fan safety could no longer be guaranteed.

A majority of team principals had called for the event to be cancelled after McLaren withdrew when a team member tested positive for coronavirus. Mercedes said that “it would not be right” to race under the circumstances.

After a long period of apparent indecision, the official cancellation was confirmed, two hours before Friday’s free practice session was due to begin.

“Following the confirmation that a member of the McLaren Racing Team has tested positive for COVID-19 and the team’s decision to withdraw from the Australian Grand Prix, the FIA and Formula 1 convened a meeting of the other nine team principals on Thursday evening,” the joint statement read.

“Those discussions concluded with a majority view of the teams that the race should not go ahead. The FIA and Formula 1, with the full support of the AGPC have therefore taken the decision that all Formula 1 activity for the Australian Grand Prix is cancelled.

“We appreciate this is very disappointing news for the thousands of fans due to attend the race and all ticket holders will receive a full refund and a further announcement will be communicated in due course.

“All parties took into consideration the huge efforts of the AGPC, Motorsport Australia, staff and volunteers to stage the opening round of the 2020 FIA Formula One World Championship in Melbourne, however concluded that the safety of all members of the Formula 1 family and the wider community, as well as the fairness of the competition take priority.” 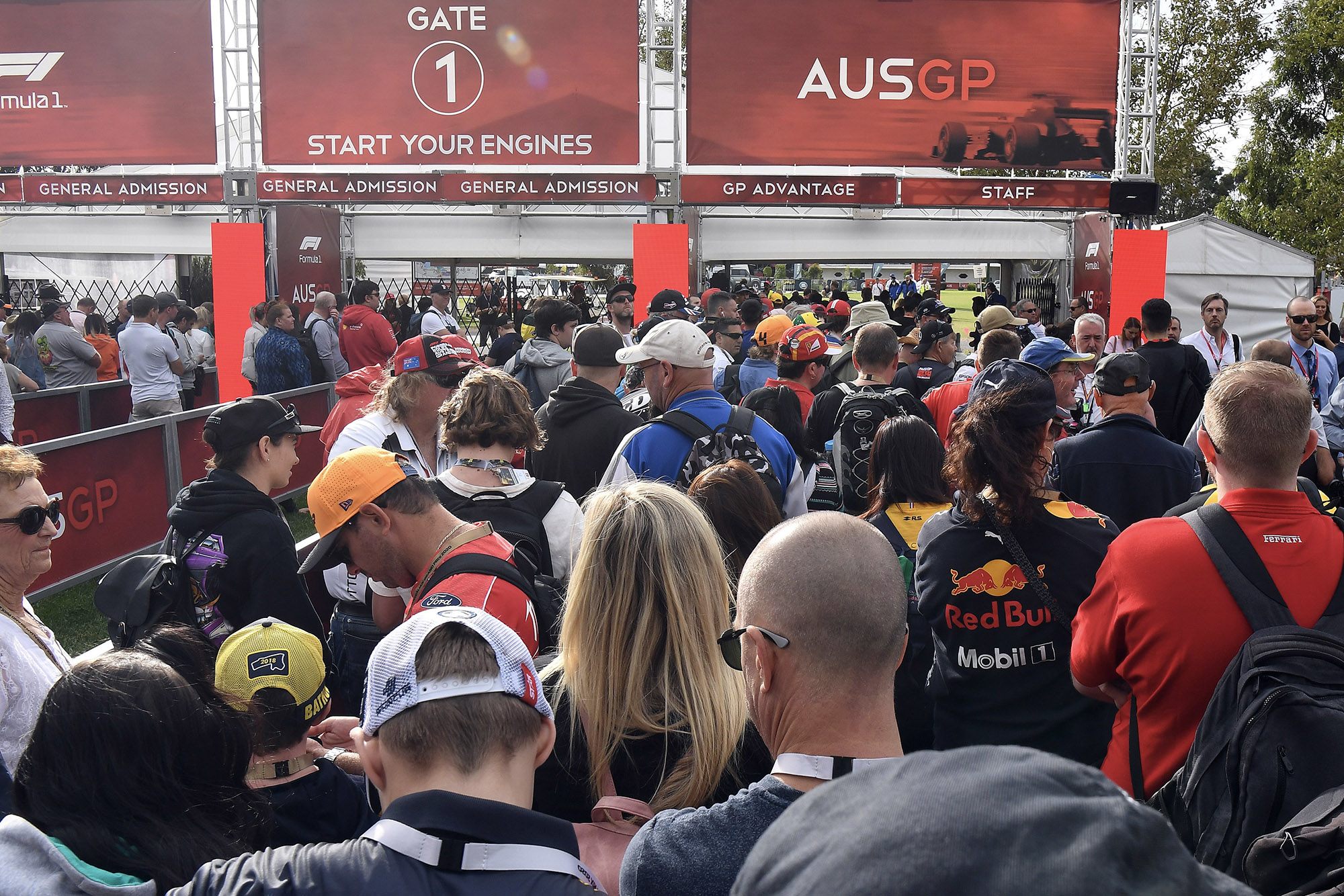 The statement followed a rocky 24 hours for Formula 1, which began in Thursday’s press conference when Lewis Hamilton said it was “shocking” that the race was going ahead amid the global coronavirus outbreak. Asked why he thought it was being held, the six-time champion responded: “Cash is king,”

Then came news that McLaren was withdrawing from the race because a staff member had tested positive for coronavirus. A meeting between the remaining teams and F1 officials was scheduled for the evening.

The teams’ view, that the race should be cancelled, was leaked when the meeting broke up in the early hours of Friday morning. A lack of official comment led to a long period of uncertainty

Despite the decision being common knowledge, circuit organisers geared up for Friday practice as normal. Confused teams and journalists arrived, still waiting for confirmation that the Grand Prix would not take place.

AGPC initially announced that the race weekend would continue without spectators, even though thousands of ticket-holding fans were already waiting at the gates. News filtered through that Sebastian Vettel and Kimi Räikkönen had already flown home. 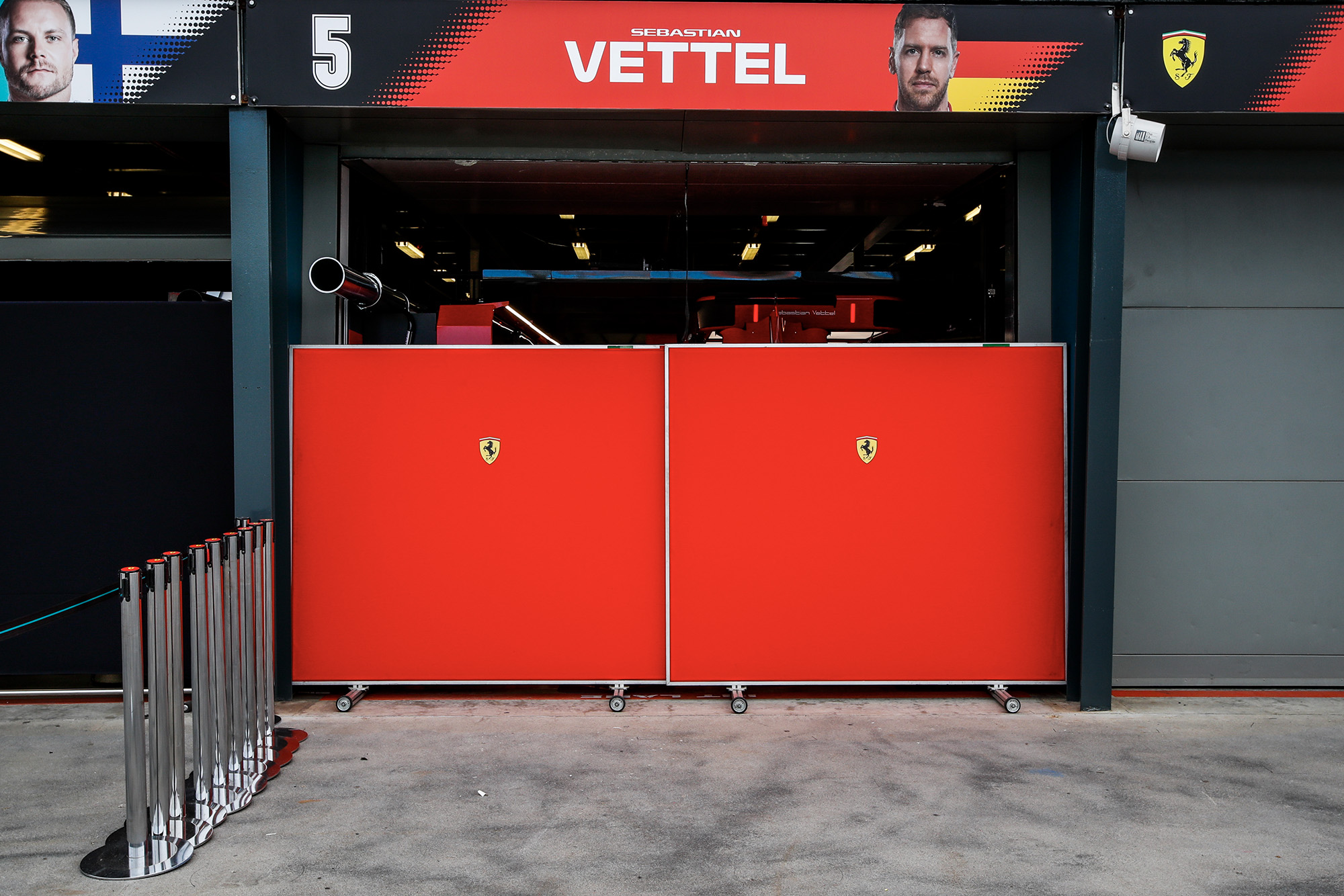 Vettel had flown out before the race was officially cancelled

Then Mercedes issued a statement, saying that the world champions had written to the FIA to call for the race to be cancelled.

“We share the disappointment of the sport’s fans that this race cannot go ahead as planned,” said the team. “However, the physical and mental health and wellbeing of our team members and of the wider F1 community are our absolute priority. 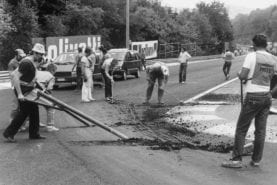 Formula 1’s record 22-race calendar looks to set to shrink this year, with the postponement of the Chinese Grand Prix, which had been scheduled for April 19, and no date…

“In light of the force majeure events we are experiencing with regards to the Coronavirus pandemic, we no longer feel the safety of our employees can be guaranteed if we continue to take part in the event.

“We empathise strongly with the worsening situation in Europe, most especially in Italy, and furthermore we do not feel it would be right to participate in an event where fellow competitors such as McLaren are unable to do so through circumstances beyond their control.”

Minutes after the Mercedes statement, news of the official cancellation came through.

The decision is likely to see the start of the season pushed back further. Next weekend’s Bahrain race looks at risk, despite the decision to hold it behind closed doors.  McLaren has placed 14 of its team members in quarantine for 14 days, with all race team members told not to come in to the factory for two weeks when the rest return to Britain.

There is some speculation that racing won’t begin until the Baku Grand Prix in June — the eighth round of the season, with some races rescheduled for the summer break.

Chase Carey, Formula 1’s CEO, said that the rapidly changing worldwide measures to tackle coronavirus made it “challenging” to predict when the next race would be held.