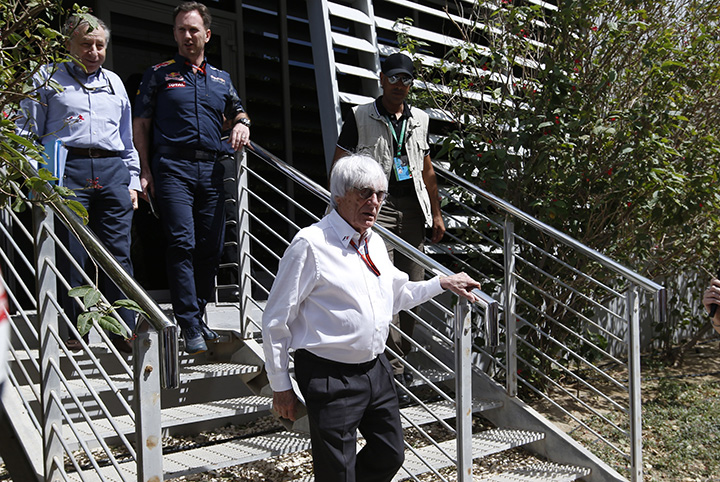 The arguments between the teams on one side and the FIA and Bernie Ecclestone on the other about qualifying format is only a symptom of how F1 is seized solid. With the shared governance not allowing any meaningful change – even to things that are clearly rubbish – the sport continues to railroad itself into apparent oblivion.

The recent Jean Todt press gathering was like a chapter from Catch 22. Summarising, it went roughly like this: “If we all agree, we can rip up this governance agreement tomorrow,” he said. So why not do that? “Because we wouldn’t all agree.” Because you all need to agree to agree to disagree? “Yes.” But would you agree? “It would be logical.”

The alliances shift issue-by-issue between teams, governing body and commercial rights holder. On the qualifying issue, the alliance is between Todt and Ecclestone against the teams. Why? No-one can quite recall. But approximately, it went like this: because the three-sided governance could not agree a way forward in creating cars that can properly race each other wheel-to-wheel, Bernie (with his promoter’s hat on) insisted that there be a radical change to how the grid is composed in order to put fast cars among slow ones. His suggestion – lap time ballast based on position in the championship added to the actual lap set in qualifying – was roundly condemned by everyone, not least the fans. “Well, you’d better come up with something else, then,” the teams were told, “because it’s not staying as it is.” In response and at short notice, the elimination system was devised. It wasn’t as bad an idea as Bernie’s, but the first two events showed very clearly how deeply flawed it was. The image of fans looking at a chequered flag being shown to an empty track just summarises the ridiculous stalemate the sport has got itself into.

So after the debacle in Australia the teams agreed unanimously to revert back to the 2015 format. The governance system insists this vote then has to go through the rubber-stamping process. Jean Todt and Bernie Ecclestone didn’t allow it to get that far, insisting again that some other alternative be found. That couldn’t happen in time for the next race – so we were forced to endure the elimination system again in Bahrain, where the teams again pushed to revert to the old system and were again told by Ecclestone and Todt, that offer was not on the table.

So, ahead of today’s meeting the teams issued a statement demanding to revert to the 2015 system. All 11 teams were in agreement on this. Again.

It has been proven how bad the elimination system is. Just as it’s been proven the previous system worked fine. The question of how to mix the grids up has not been addressed by either – but the true answer to that is not to be found in qualifying format. It’s to do with researching and implementing a better aerodynamic format for the cars and putting them on tyres that can be raced hard. But the shared governance can’t find a way forward on that – and round and round we got in ever-decreasing circles.

There is a case to be made that in their refusal to back down on the qualifying issue – in effect forcing F1 to run with a deeply unpopular format that all parties know does not work – CVC and the FIA together are bringing the championship into disrepute, a crime for which teams or drivers can be heavily penalised. But the disrepute started long ago – back when Max Mosley handed Bernie the keys to the safe.

But as a result of that and what has happened in the years since, we’ve arrived at a point where the governance has seized the sport into a rotting stasis. Regardless of the outcome of the qualifying row, that will remain true. Something needs to break.

Since publishing it has been decided to revert back to the 2015 qualifying system.