Sebastian Vettel kicks off his 2022 Formula 1 season two races late in Australia this weekend, having finally posted a negative test for the bout of Covid that kept him out of action for Aston Martin in both Bahrain and Saudi Arabia.

That was bad luck, although perhaps not so much for the second grand prix. Like old rival Lewis Hamilton, the four-time world champion isn’t shy about hiding his strong ethical convictions and it’s not difficult to imagine some secret relief on his part that he had a valid reason for missing Jeddah, given the dodgy human rights record, the negative attitudes to homosexuality, the tendency towards mass executions… Hell, who would actively want to race there?

What a contrast, then, as Vettel heads for Melbourne, a sports-loving city that is about to host the Aussie GP for the 25th time, as it was supposed to a couple of years ago before the Covid shutters suddenly slammed down on our world. The pandemic is far from over – Vettel himself can tell you that – but Albert Park being open for business once again will create an F1 fixture marked by unbridled joy and celebration this weekend. It’ll sure beat fears of a missile attack, at the very least.

Vettel is popular Down Under and the Melbourne race holds happy memories for him. He’s won three times in the park: the first at the start of his dominant second championship year in 2011 – how long ago does that seem now! – then those back-to-back wins for Ferrari in 2017 and ’18. The first in red was particularly sweet because he beat Hamilton purely on pace, overcutting the Mercedes at the stops after Hamilton lost time behind Max Verstappen.

The second owed a chunk to luck on the timing of a virtual safety car, before Hamilton was frustrated by the circuit itself when he caught but couldn’t pass Vettel despite the advantage of DRS. That’s one of many examples why the Aussie promoters have been compelled to make heavy revisions to the circuit for this comeback year, and why there’s now four DRS zones. If we don’t get a rash of overtaking this weekend, the problem surely won’t be Albert Park’s.

“With Vettel, his most memorable contributions now tend to be touches of class off-track”

So where will Vettel find himself amid the clamour as he makes his return? On the evidence of how Lance Stroll and Vettel’s substitute Nico Hülkenberg faired in Bahrain and Jeddah, expectations for the green cars aren’t high. The super-sub outqualified the boss’s son in Bahrain, 17th versus 19th on the grid, with Stroll finishing 12th and Hülkenberg where he started.

Then in Jeddah, Stroll qualified 15th and started 13th, with his team-mate four places further back – and again neither troubled the scorers. So that’s a big fat zero for Aston Martin so far, miring it at the foot of the standings with Williams. The AMR22 has a bad case of the porpoising outbreak that has caught out most, including most obviously Mercedes.

Following a pre-season where Otmar “two Popes” Szafnauer switched camps to Alpine in the wake of Martin Whitmarsh joining the team, and billionaire boss Lawrence Stroll insisting he’s maintaining his patience within the oft-mentioned five-year plan for glory, these are tricky times for the team. The new factory over the Dadford Road at Silverstone is rising fast and the recruitment drive has pulled in a fair degree of talent from other teams, including Mercedes and Red Bull. But as Stroll fights fires on the road car front, this is a team that has a lot of miles to cover before it becomes the ‘big beast’ Stroll Sr expects.

If it does come to pass – and that remains a big if – it’s likely to be after Vettel has hung up his racing boots. So why is he sticking around? 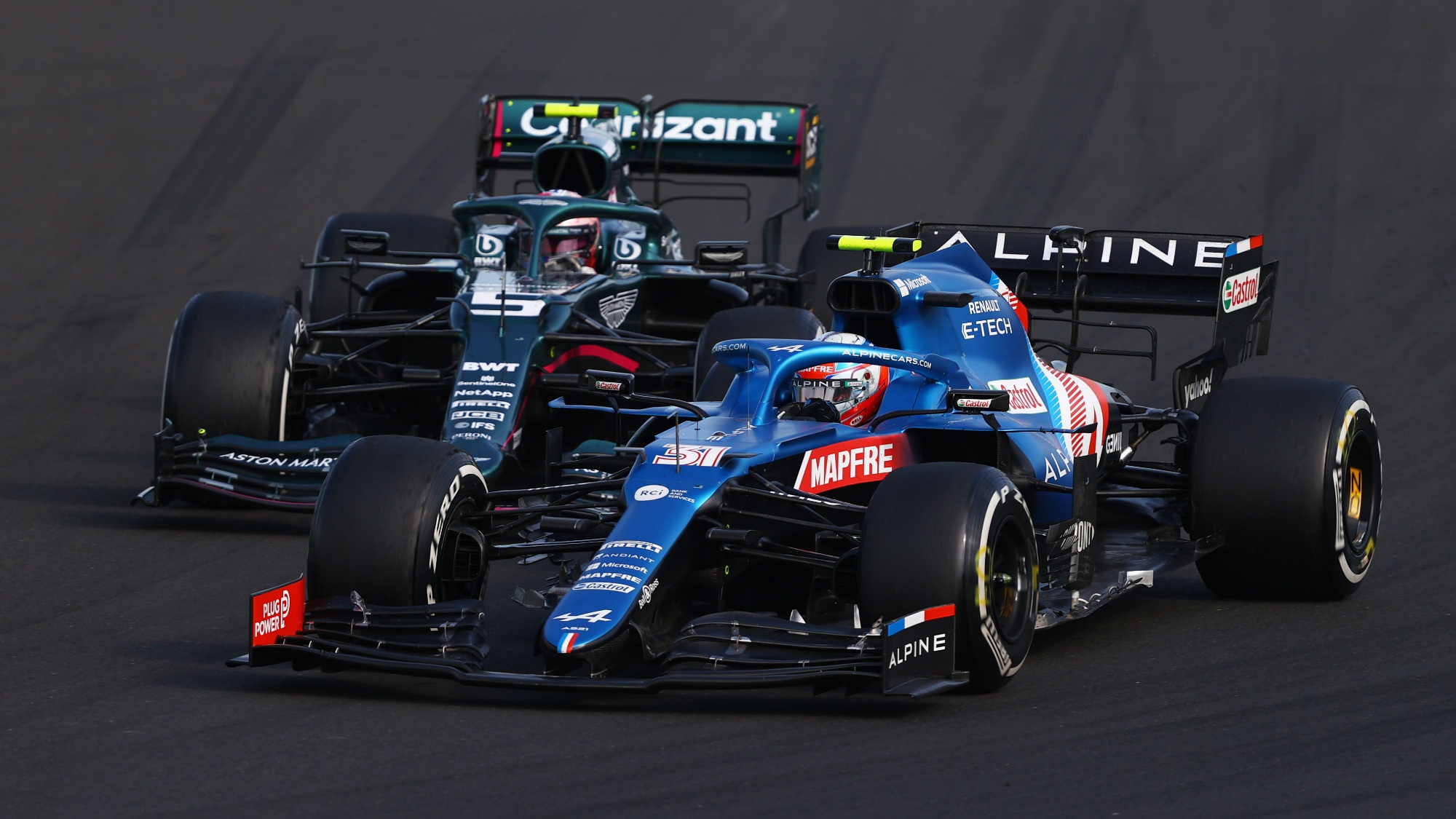 Presumably because he still loves it – or at least that’s what he’s telling himself. He’s won respect at Aston for his diligent work ethic, calmness and the intelligence that has always been a hallmark of his approach to racing. But we were waiting for a phoenix-like flourish last year after the burning disappointment and frustration his six-year Ferrari spell turned into. Sure, there were moments: the podium in Baku, the one that was taken away from him through no fault of his own in Hungary.

In Budapest there were at least echoes of the warrior spirit Fernando Alonso still channels, but the 40-year-old Spaniard does it every time he steps into his Alpine. With Vettel such moments are fleeting. His most memorable contributions now tend to be touches of class off-track. Picking up litter from a grandstand at Silverstone? Wow, that’s eccentric behaviour for a supposedly ego-driven F1 racer, and pleasingly it’s also a sign of a humble, well-rounded, highly likeable character.

The trouble was it contributed to a perception, from the outside, that here was a man who looked like he was going through the motions, just as he did in the sad final season at Ferrari. Red Bull could have taken him back when he was flicked by Maranello. He still has genuine friends at the team where he enjoyed that astounding run of success between 2010 and ’13. But the harsh truth is they didn’t want him to come back. The world and F1 has moved on – as it always does – and Vettel appears to belong to yesterday.

I hope he proves me wrong. I really hope that’s the case. He’s a great champion and more significantly a great man who F1 will miss when he does go. Perhaps we shouldn’t wish that moment to come around too soon, especially as he’s still only 34. But he started so young and will close on 300 starts if he finishes this year without further interruption. Vettel has done it all and has nothing to prove. Yet he races on, even though he knows he can only shine again if Aston Martin gives him the tool to do so, which looks a long-shot right now.

But let’s leave the doubts there for a moment. A more interesting question than if or when he’ll stop is what will Vettel do next? At the Race of Champions on an icy lake in Sweden back in February, he looked relaxed and happy having fun in rallycross cars. Perhaps he’ll find something outside of the intensity of F1 to keep the competitive flame alive a few years longer. Perhaps he’ll stop like Jackie Stewart, then dedicate himself to some form of business that means something to him, a little like Nico Rosberg.

Vettel is a young man whose long F1 career has gifted him financial security for life. He’s a decent man too, with deeply rooted values and a conviction, it seems, to make a positive contribution to the world. His next chapters, when they come, should be genuinely fascinating.

For now, he prepares for Australia and the delayed start to his 15th full season (starting from his year with Toro Rosso in 2008). He won’t care what we think, but still – it’s one more crack to prove us doubters wrong, isn’t it? Is it also the last crack? It feels that way, but then some of us reckoned it might be in 2020, and even after his first difficult race for Aston last year in Bahrain for that matter.

The future can take care of itself. All that matters right now is for Vettel to dig in and help his team out of a hole.

Is he really still up for it? We’ll soon know.