At 2.47pm at the Hungaroring, Max Verstappen’s Hungarian Grand Prix appeared to be over. And the formation lap was due to start at 3.10pm.

Then, thirty seconds before the five-minute warning – when the wheels need to be on the car on the grid – Red Bull finished repairing the front left corner of Verstappen’s car. It was a performance of a different kind that was almost as impressive as Lewis Hamilton’s this weekend.

“Basically I locked, came off the brakes, tried to brake again, locked again and just went straight on,” Verstappen said. “I was already struggling for grip and basically just locked up and couldn’t get out of it so I just went straight into the wall.

“I thought the race was over but I managed to reverse the car out of the wall. You just have to never give up and to bring the car to the grid and see what happens. I could have jumped out there and say it’s over, but clearly you could see the mechanics did an amazing job to repair the car, so I was already very happy just to start that race.”

This was a race that seemed to start 25 minutes early. After Verstappen’s off, the formation lap saw both Haas drivers head to the pits rather than take up their grid slots as the track was dry in many places but a wet start had been declared, requiring intermediates or full wets. Kevin Magnussen was on the full wet compound, but both he and team-mate Romain Grosjean felt slicks were the way to go and rolled the dice.

“It was opportunistic, a really good job from the team to make that call,” Magnussen said. “They asked me and I said yes, and they were backing me up. It was just massive teamwork, so I’m just so proud of what we did today. We kept the Ferrari and McLaren behind – the Ferrari was there and I opened the gap to him. Amazing”

The problem with Magnussen’s comments is it betrayed an error from Haas, with the team penalised after the race by ten seconds per driver for breaking formation lap regulations regarding driver aids by talking to the pair.

While the Haas pair were in the pits, the race itself was getting underway with Hamilton continuing his dominant form. The lights went out but not before Valtteri Bottas had inched forward in his grid slot, distracted by a light on his steering wheel.

“I lost a lot at the start,” Bottas admitted. “I reacted to a light in my dashboard, it went off and I don’t know what it was, but it changed my dash and I reacted to that instead of the start lights, so I got the anti-stall in. So I had to do the start again and lost a lot of time.”

Bottas plummeted, while Hamilton disappeared into the distance. The first lap was reminiscent of that from fellow Brit Callum Ilott in the Formula 2 race earlier on Sunday, as both had leads of over three seconds by the end of lap one.

“Every time you do those starts, sometimes other people are on your tail and you feel like you’re on the limit but obviously you’re slightly within, or the other person is finding more grip,” Hamilton said. “And sometimes you just pull these gaps and the other are caught sleeping or not as comfortable.

Almost a second ahead of the Racing Points on the second row, Lewis Hamilton starts on pole for the 2020 Hungarian Grand Prix, as Mercedes shows its full pace for the first time this season

“For me personally it was very, very slippery on those laps to the grid but it really helped me gauge where the track was; when we started that lap it had dried quite a lot. There is this balance of going over the limit and easily risking it. The race is not a sprint, it’s a marathon, so you’ve really got to be cautious not to throw it all away.”

And from there, he was never to be threatened. The only thing that was going to ruin his day was rain, but despite two worrying spells when it started to drizzle, anything heavier managed to skirt the circuit, ensuring a dry race once the grid had piled into the pits for slicks.

Verstappen was thankful for no further drama in terms of the weather, as he had set about repaying his mechanics in some style. With the car fixed and one formation lap under his belt, the Dutchman made a stunning start, putting full faith in his car to run fourth by Turn One and overtake Charles Leclerc for third on the exit.

Lance Stroll was up to second as Bottas was joined by Sergio Perez in struggling off the line, and Verstappen showed supreme skill to set a faster lap with intermediate tyres on a drying track than Stroll could after pitting a lap earlier for slicks. The Red Bull was one of the last into the pits but emerged in second, ahead of the two Haas drivers after their strategic gamble.

That buffer allowed Verstappen to pull clear of any threats from behind, even if he couldn’t keep up with Hamilton. Attention then turned to Bottas as he carved his way through the field into fourth place, jumping Stroll at the second round of pit stops by switching to mediums earlier than the Racing Point.

“I’ve lost the world championship in the past by one point, so I know how crucial it is to maximise on every moment.”

The Mercedes pace advantage from qualifying was soon on display again, as Bottas left Stroll far behind and reeled in Verstappen before opting for a third stop, this time for hard tyres and a 20-lap sprint to the finish. A 22-second gap needed closing, and for a while it looked like a repeat of 12 months ago was on the cards, when Hamilton did the same to snatch victory.

But Bottas would run out of time despite a number of rapid laps, and could only close to within 0.7sec on the final lap, with Verstappen judging his pace well to secure a remarkable second place.

“I was just trying to do my own pace and I could see he was catching a second a lap but of course following here is quite tricky so when he was within 1.5sec it was difficult for him,” Verstappen said. “On the last lap we had traffic in front which didn’t make it easy for me on those old tyres and we’re very happy with second.

“I thought I was not going to race so to be second is like a victory today.”

That squabble allowed Hamilton time to really confirm his dominance with a late pit stop for softs and a new lap record on the final lap to secure an extra point, something he felt was worth the risk to take maximum points in the championship fight against his team-mate.

“You have to weigh up the risks and I didn’t push so much that I was going to make a mistake and go off, it was a controlled lap,” Hamilton said. “I’ve lost the world championship in the past by one point, so I know how crucial it is to maximise on every moment.

“We’re in a year where you don’t know what reliability is going to be like, you don’t know how long the season is going to be… Valtteri had a great first race, at the time he had the fastest lap, I had the gap, I felt it was necessary to just get that point with the gap that I had.”

Hamilton’s dominance was such that Stroll in fourth finished almost a minute behind, but Racing Point were left to rue the tricky conditions at the start as a podium slipped away, with Perez down in seventh. Those results are provisional, with Renault lodging another protest against the RP20’s legality.

Alex Albon bettered Verstappen’s progress by climbing eight places from 13th on the grid to finish fifth, and his committed overtaking showed a driver more confident in his car than he had been on Saturday, though he was aided by Sebastian Vettel running wide at Turn Two in the closing stages to give him the final place.

Vettel held off Perez late on, while Daniel Ricciardo took another four points with a measured drive in eighth ahead of Magnussen and Carlos Sainz, as both McLarens suffered from poor starts and slipped outside the top ten early on.

It was a race to forget for Nicholas Latifi as a puncture picked up due to contact with Sainz in the pit lane triggered a difficult afternoon that ended with five pit stops, while Pierre Gasly’s miserable weekend was complete when he retired early with a gearbox issue. But the early drama turned into a more muted affair the longer the race wore on, and Hamilton’s serene progress when there was potential for mistakes is an ominous sign for the rest of the year. 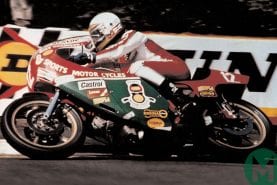 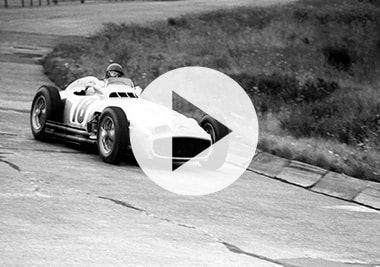 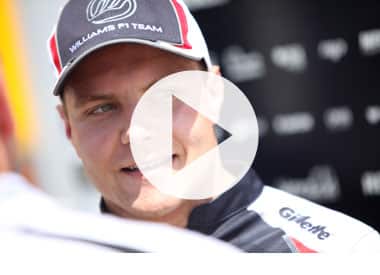 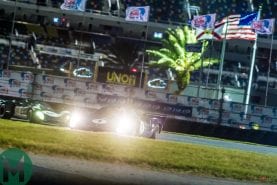