Lewis Hamilton, in championship-winning form, claims pole position for the 2019 Abu Dhabi Grand Prix, ahead of his team-mate in a faster car and stumbling Ferraris

Hard to believe given the 10 wins thus far in 2019, his seasonal average since joining Mercedes, but Lewis Hamilton was on his longest run without a pole position since 2011.

Not since Germany back in July had he had one, partly down to Ferrari’s dramatic second-half season qualifying pace advance, now somewhat dampened. But Lewis was always going to be tough to beat around Yas Marina.

He likes sector three anyway, comparing it to an over-grown kart track. But to be quick through there you need the car to co-operate, and it did. It’s all about leaving enough in Pirelli’s soft rubber without overheating them.

We’d already seen Ferrari struggling to do that on Friday, when Sebastian Vettel backed his car into the wall out of Turn 19 and Charles Leclerc did amazingly well to catch his SF90 after an almighty tank-slapper at the same place, only suffering the lightest of impacts with the right front. 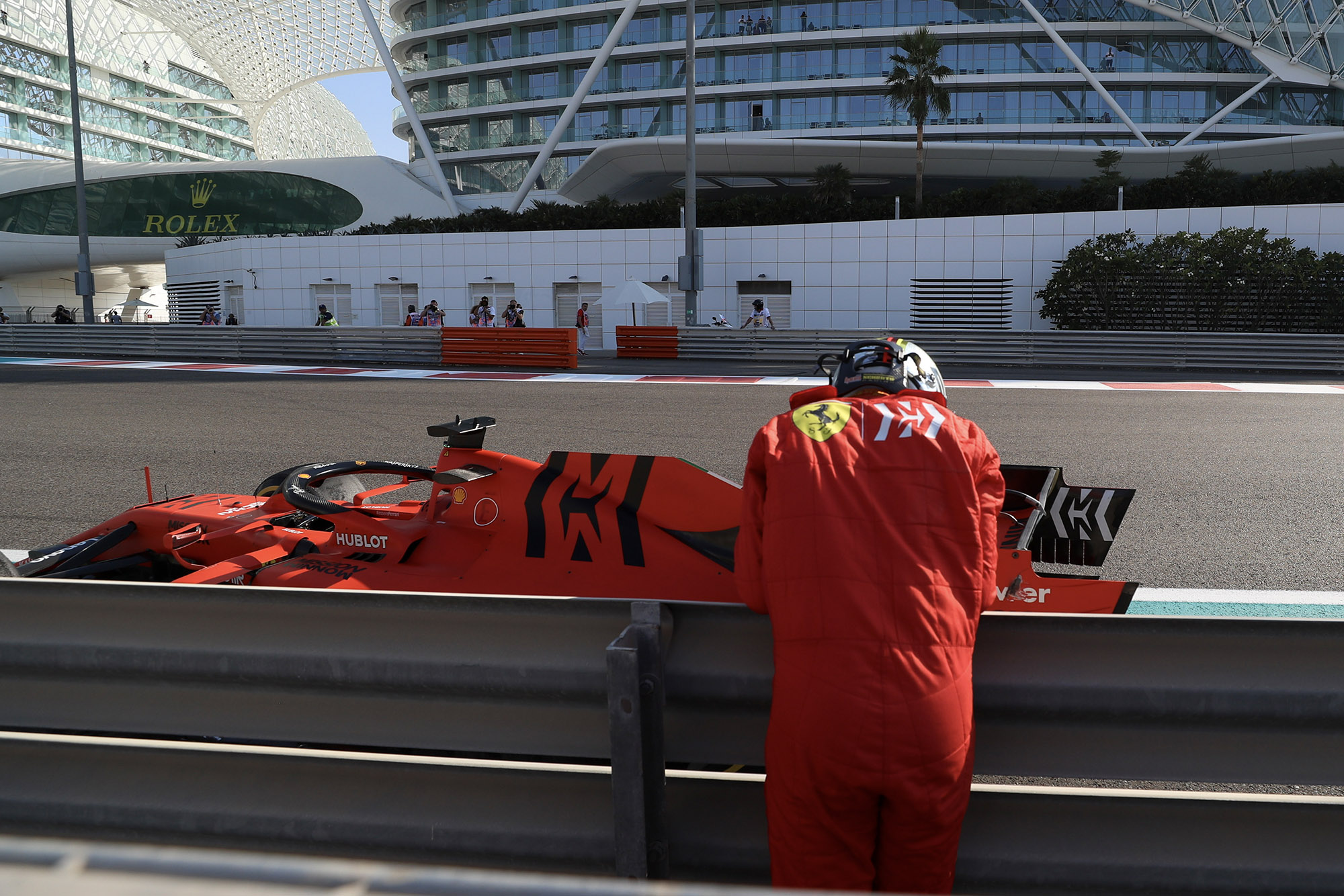 The Mercedes W10 has made strides in that area in 2019 and many times already we’ve seen it performing well on the tyres, in both qualifying and race.

Abu Dhabi has seen Mercedes qualify 1-2 five years in a row and Hamilton’s main rival was likely to be Valtteri Bottas — if the team let him join in. After his retirement in Brazil, Valtteri needed a new power unit and would start from the back of the grid come what may.

It was a latest-spec unit which officially suffered a pneumatic leak and required another, similarly fresh spec one for Saturday. In theory it should have given Valtteri a tenth or two on Lewis and an opportunity to finish 6-4 up in the end-of-season pole count.

But Hamilton wasn’t having that. Having gone through Q2 on the medium compound Pirelli, on which he will start, he was much happier with the car on Saturday after a ‘wobbly’ opening day, and the only driver to lap quicker than his own 2018 pole, albeit by just a couple of hundredths.

“It’s been a long slog to get a pole again,” he admitted as he finished honours even, five apiece with Valtteri. Over the season, on a head-to-head, Lewis has it 14-7 by an average 0.13sec.

Bottas did indeed get to play as Mercedes wanted to put its new engine through a full race weekend, with full qualifying modes, to check it out. He ended up two-tenths shy rather than two-tenths ahead and seemed to have gone in the opposite direction to his team-mate.

“It actually didn’t feel as good as yesterday,” Valtteri said, “I was sliding a lot more.” But he knows the car is quick and, from the back, is still targeting a podium. 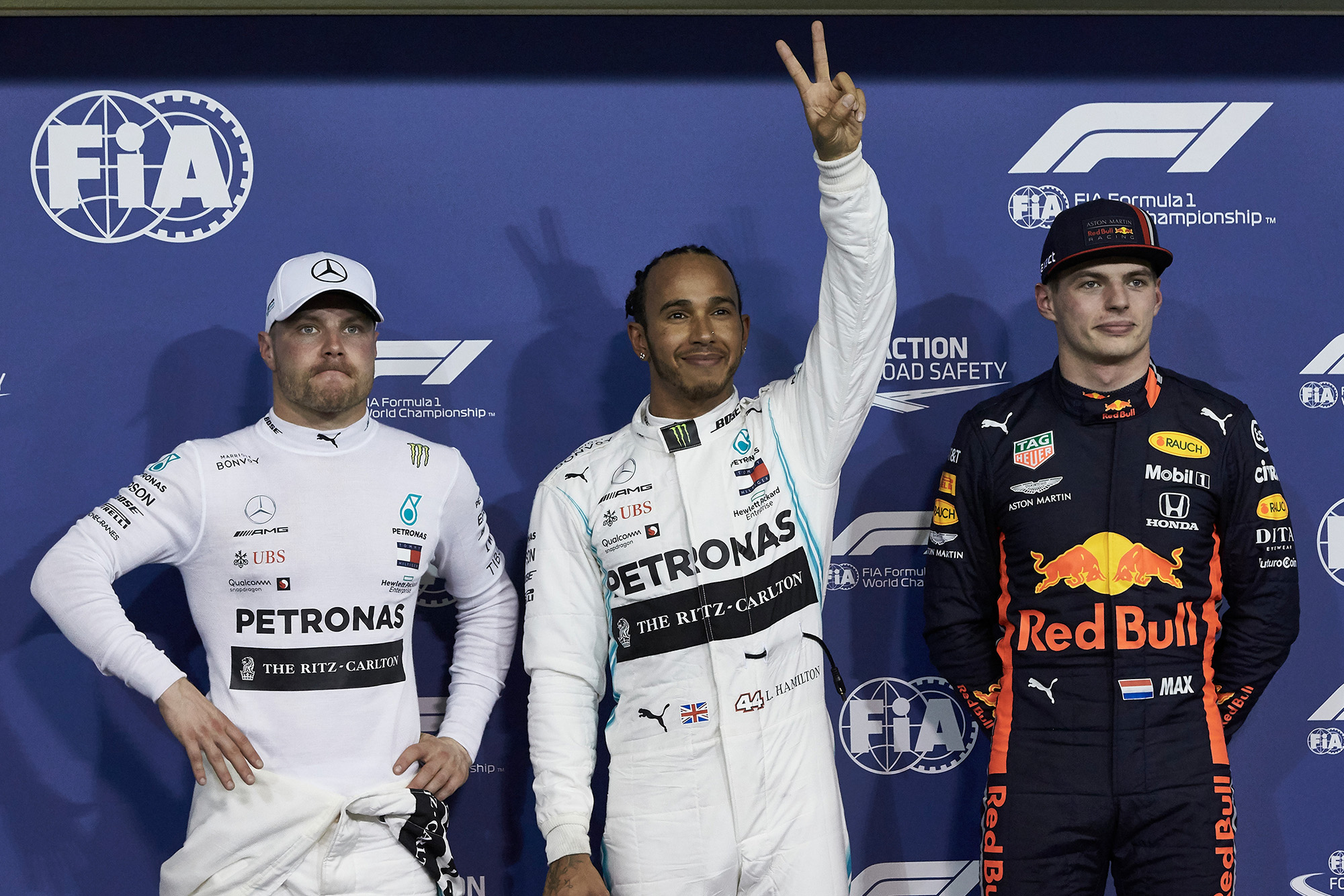 Max Verstappen will thus start from the front row for Red Bull, also on the medium. On the soft Pirelli the Red Bull couldn’t match the Mercedes cars for pace, a quarter of a second behind pole, but had decent long-run pace on Friday and should once again be a strong race car.

Verstappen was 0.08sec quicker than Charles Leclerc’s Ferrari, which only got the one run. The conspiracy theorists loved the Ferrari story. After the shenanigans in Brazil, there had been more discussion behind closed doors. Leclerc turned up on Thursday and said, “I think probably Seb shouldn’t have gone to the left, and he knows it. And I could maybe have done a better job of avoiding him. It won’t happen again…”

Vettel himself was due to be in the same press conference but the birth of his third child, a first son, was handily timed to avoid yet more questioning, and he was a late arrival.

Think on a minute about the number of flashpoints we’ve already seen between the two. In Australia, Vettel was favoured by a team order for Leclerc to stay behind. In Bahrain, Leclerc ignored an instruction to stay behind early in the race when he made a poor start from pole and Vettel beat him off the line.

In China he was tardy about letting Vettel by when asked to do so. In Monza he didn’t give Seb a reciprocal tow on the final Q3 run, albeit with a handy excuse. In Singapore, Vettel was inadvertently given a winning strategy while undercutting Hamilton, denying Leclerc a hat-trick. In Russia, Vettel reneged on an agreement to let Leclerc back through after Charles towed him into the lead off P3 on the grid. Brazil’s collision, you might say, had been a long time coming.

So, when Vettel slowed ahead of Leclerc on the out-lap for their final Q3 runs here and Charles didn’t make it across the line having radioed in, “Seb is slowing down, I’m not going to make it…” it had to be deliberate, right?

“We knew that we weren’t too competitive in the last sector,” team principal Mattia Binotto explained, “So we took a risk to get as much as we could out of the track improvement. It was a conscious choice but we ran out of time and screwed up.” 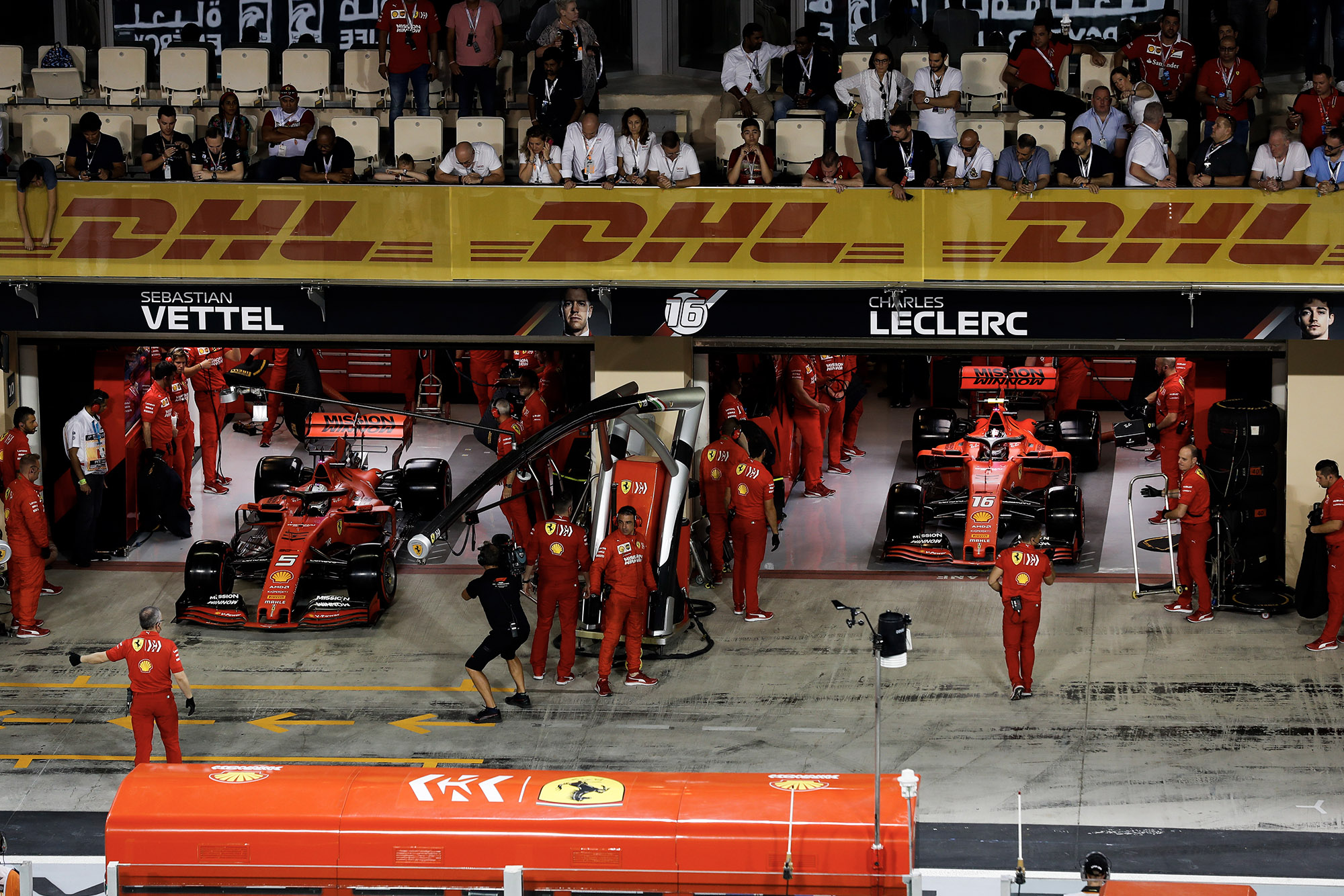 It was kind of a mini-Monza farce all over again. Vettel had Alex Albon in front of him with a McLaren slowing down the second Red Bull. He had no real choice but to back off further, with Leclerc the collateral damage. Shame…

Although Vettel did get his lap in, he might as well not have done. It was badly compromised and no quicker than Leclerc’s first run.

“It was more about us knowing that there were a lot of corners where we weren’t quick enough,” he said, referring to their struggles with tyre temperature in S3, amply demonstrated the day before. “It was a pity because my tyres were cold and I lost any chance to improve in Turn One.”

Leclerc was more sanguine than might have been expected: “It happens,” he said, which he couldn’t really deny after Monza! “But I think I still have a chance to win and will take some risk at the start.”

He thinks that way because, in Q2, he topped the session on the medium tyre on which, like Hamilton and Verstappen, he will start. That was unexpected. Both Ferraris had planned to use the soft and did so on the first run, but Leclerc was confident he could actually go quicker on the medium, and did so on his second run, which was handy.

With a likely one-stop Medium-Hard strategy for those three, thereby avoiding the soft tyre which the Ferrari overheats in the third sector, Leclerc might very well be in the race for victory.

As if a Hamilton / Verstappen front row is not good enough for a feisty opening lap, factor in Leclerc as well, with two long straights and heavy braking points.

Oh, and then add Vettel, also on the second row, but on the softer compound Pirellis, which he stuck with through Q2. That will give him more traction and will warm up quicker on the opening lap before giving him a tougher first stint. But Leclerc will be desperate not to end up behind him…

Lap one will be more than interesting. One senses Derek Warwick and his happy band of stewards may need to become involved…

You would imagine that for Vettel to ultimately be a factor in the race, he will need a two-stopper and some handily-timed safety car intervention. His son came at the right time, so maybe Bernd Maylander might as well! 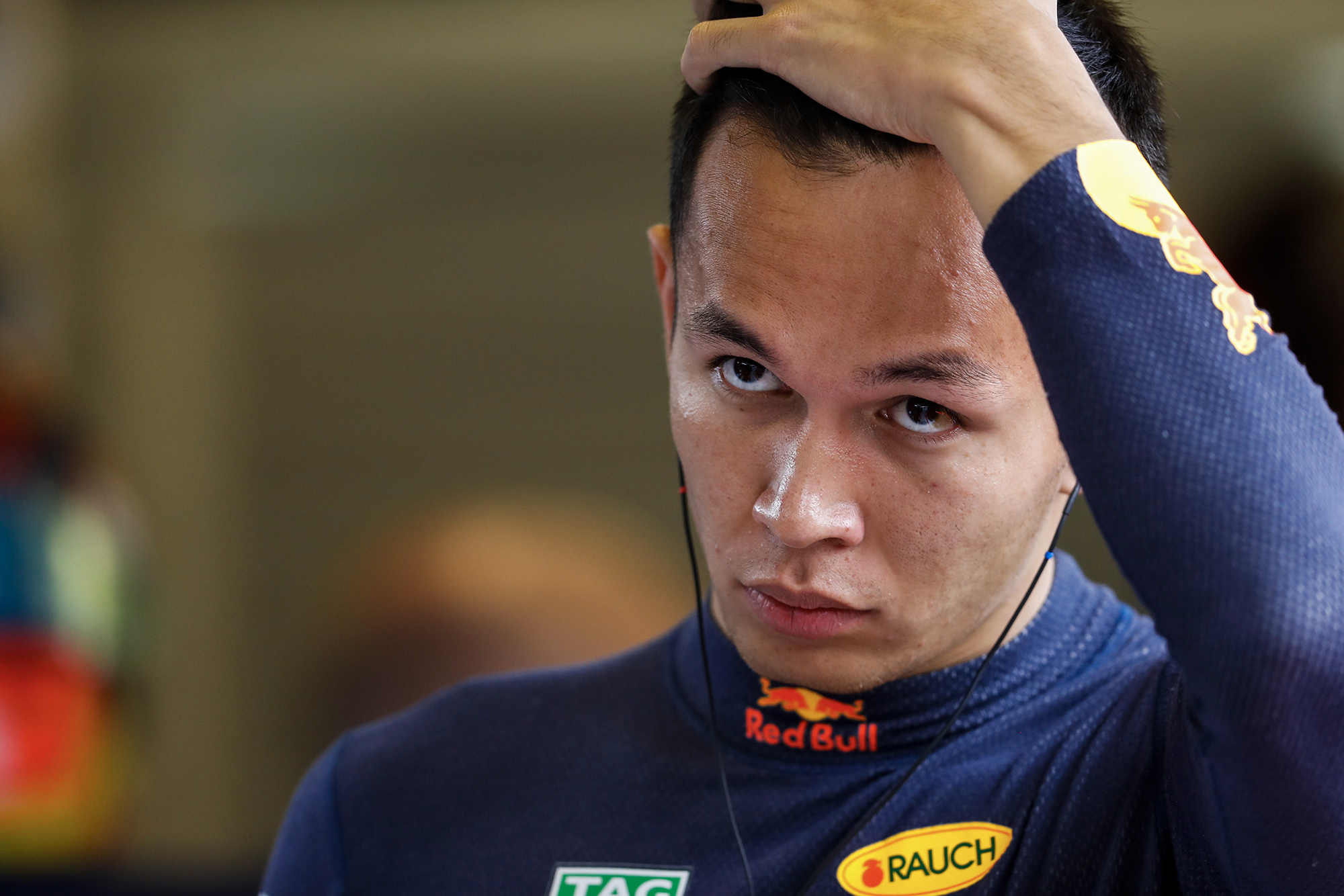 Alex Albon, at a track he knows, will have been hoping for more than a lap 0.55sec behind Verstappen and was downbeat afterwards, calling it “average”.

Behind him, best of the rest, was Lando Norris. Technically, that put him 11-10 up versus team-mate Carlos Sainz in the McLaren intra-team battle, no doubt gallingly for the Spaniard, who seemed to have the legs of him, comfortably, right up to Q3.

The story was being spun for all it was worth in the paddock but is all a bit disingenuous. To make a quali comparison valid, you really have to strip out races when they don’t have equal opportunity.

Take away Australia, where Sainz was tripped up by a Kubica crash; Canada, when Magnussen red-flagged the session while Carlos was on his hot lap; and Brazil, when he didn’t get out at all, and the real score is 10:8 in favour of Carlos.

But, hey, let’s not ruin a good story! To finish his rookie season with an average deficit of one-tenth to a driver as quick as Sainz – he pushed Verstappen in equal equipment at Toro Rosso – is a damned fine effort whichever way you slice it! 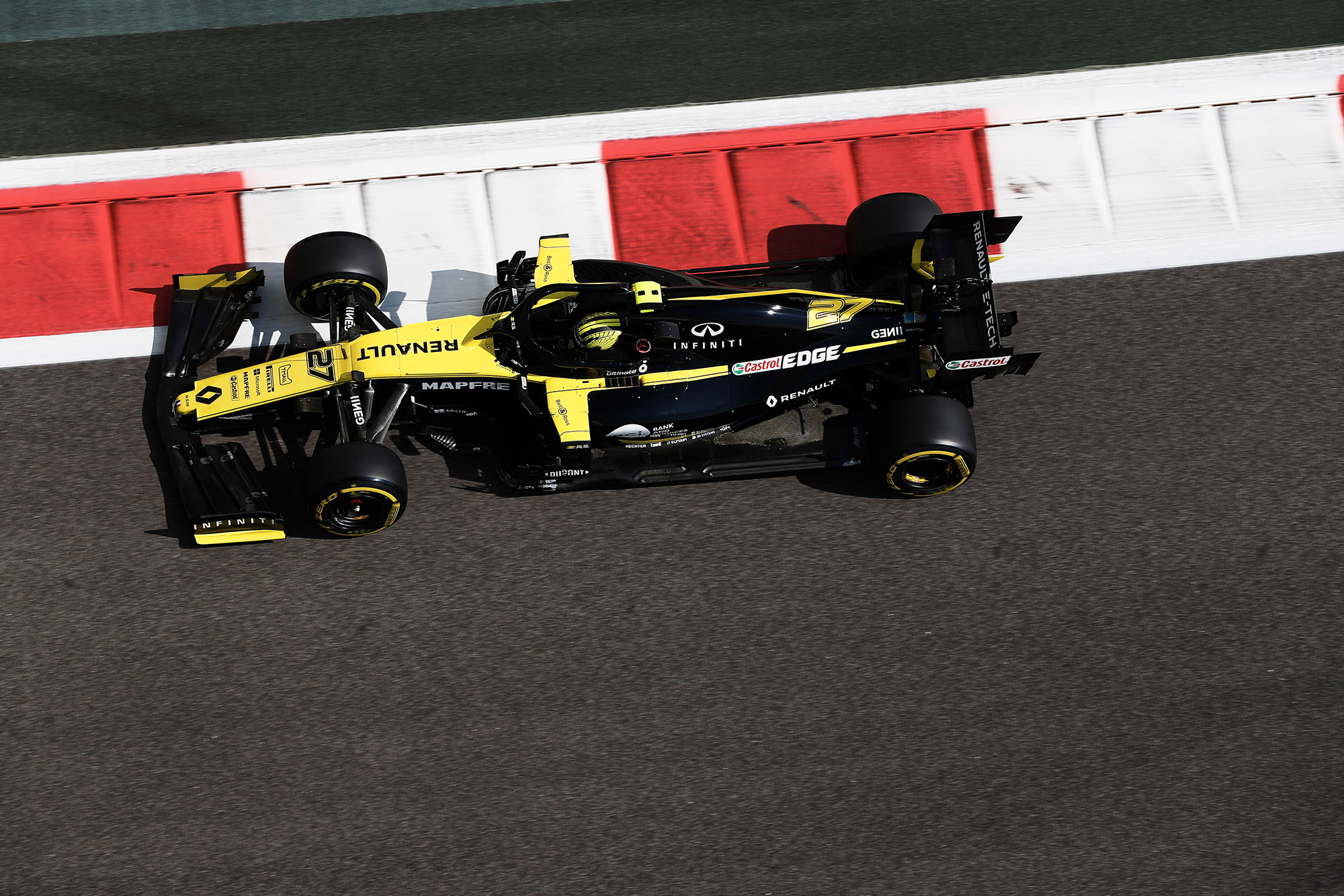 Norris thought his lap was good but nothing special, and pointed out that if he’d messed up by three-hundredths anywhere, he’d have been two places further back as Daniel Ricciardo’s Renault split the two McLarens.

Sainz’s handy margin in hand over the midfield for most of the weekend disappeared on the final Q3 run when the traffic meant he didn’t manage a proper prep lap. Nico Hülkenberg ensured the animals went in two-by-two when he completed the top 10.

Renault should, therefore, hold off any threat to fifth place in the constructors’ championship from Toro Rosso, for whom Gasly and Kvyat will start 11th and 13th. There’s still an unknown though, in that the Toros will likely go to the grid on the medium compound and run one-stop races, which might get interesting! Renault starts eight points up.

A winner? It’s hard to see past Hamilton, provided he survives the opening lap.