So barring a few bits and pieces that have already been created in simulation but have not yet arrived in physical form on the car, the Mercedes ‘21 development programme has been switched off and the wind tunnel is now devoted entirely to the ’22 car. The Red Bull meanwhile is proving highly responsive to development and becoming ever-faster.

The competitive state of play between the two teams is the outcome of a multi-faceted off-track battleground going back several seasons and involving more than just these two. It’s been a war and often the governing body has been used by one side or the other, enlisting it to use its authority in one team’s favour or against another, under various pretexts, some more disingenuous than others.

In summarising the ever-changing dynamics of that battle, a convenient place to start is 2019 and the controversy about the fuel flow of Ferrari’s power unit. Red Bull and Mercedes were the suspicious rivals on that occasion who alerted the FIA as to how that regulation might be subverted. This in turn was just the latest – but probably the most serious – in a series of tit-for-tat suspicions about power units in the hybrid age, following on from oil burn and by-passing of the electrical energy sensor. The difference on this occasion was that the FIA conducted a full investigation and issued a series of technical directives which severely reduced the horsepower of the Ferrari. But it fell short of declaring the team had been running the engine illegally – as there was no proof. 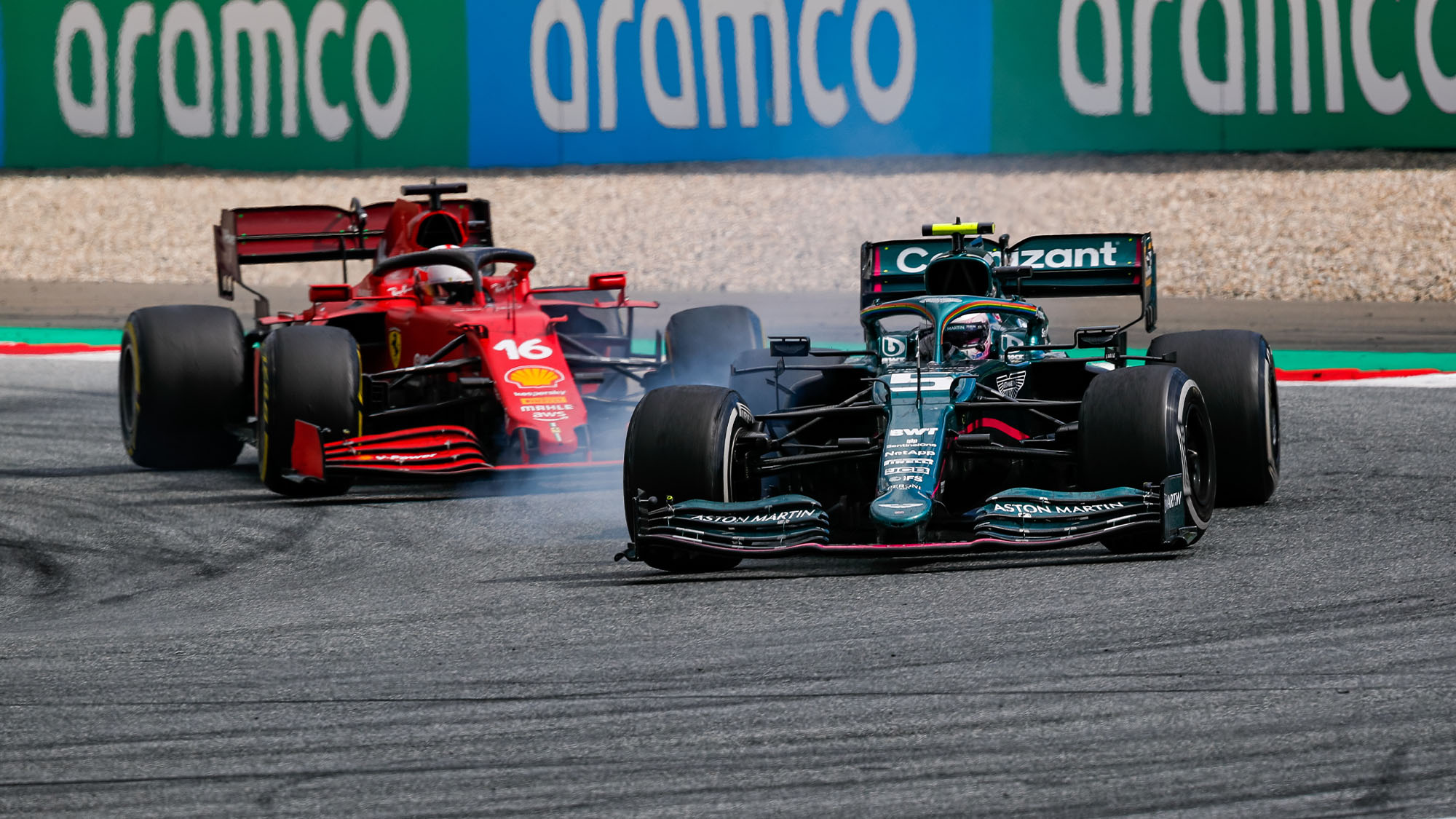 Ferrari may have been out of the competitive equation thereafter but it still carries enormous political clout. When Racing Point last year produced a clone 2019 Mercedes, Ferrari was very much at the forefront of opposing the principle of such copycat designs – especially as the competitiveness of the ‘pink Merc’ potentially put it ahead of the strangled Ferrari.

Ferrari was then the most resolute of those appealing against what it felt was a lenient FIA penalty for Racing Point’s rear brake duct ‘transgression’. As Williams, Renault and McLaren all dropped their initial appeals, Ferrari stayed with it. Ferrari finally dropped it at much the same time that further restrictions were made to the ’21 regulations – specifically those which drastically reduced the length of the diffuser strakes and the width of the rear brake duct aerofoils.

Ferrari was very happy with these restrictions. They specifically hurt the low-rake cars (Mercedes and Racing Point/Aston Martin). How so? The diffuser strakes and brake duct winglets combine to keep the airflow attached to the inner face of the rear wheel rather than being sucked beneath the floor and reducing the downforce there. When the rear ride height of the car increases, the diffuser effectively rises up closer towards the brake ducts, helping keep that airflow attached at low speeds (which is when the rear ride height increases). Obviously the bigger the ride height, the closer the two components become to each other. So drastically cutting the size of the two airflow-linking components hurts a low-rake car more than a high-rake one.

So we arrive at a point where Mercedes believes the potential of its car has effectively plateaued and the Red Bull is still responding. An ever-bigger rear ride height becomes feasible on the Red Bull as its tunnel programme continues and the reward is very rich because of the sensitivity in this area where the dimensions of those two components were restricted.

Meantime Red Bull led the campaign to have Merc’s 2020 DAS dual axis steering banned for this year, hurting Merc’s ability to quickly get the front tyres up to working temperature. This was on top of the engine mode restrictions of late last year which were expected to impact more heavily on Mercedes than the others, but didn’t.

Into ’21 we have had attacks on Red Bull’s flexible rear wing and the associated technical directive, not-so-subtle finger-pointing about who might be running their tyres at lower pressures than Pirelli accounted for (directed by most of the other teams against Red Bull and Aston Martin) and a further technical directive apparently aimed squarely at Red Bull’s super-fast pit stops.

The competitive picture is only partly painted by what happens in the wind tunnels and dynos. It’s also about off-track psy-ops, a routine part of modern F1 and one which enlists the power of the governing body to serve one side or the other in its arguments and campaigns. But the determination of both F1 and the FIA to resolve issues with technical directives rather than controversial penalties is making the FIA more subject to these campaigns. It is being pulled from pillar to post by one team or another, constantly scrabbling to maintain the intent of its own regulations but hardly ever declaring them to have been breached. One wonders if it may need soon to review that approach and start handing out penalties.