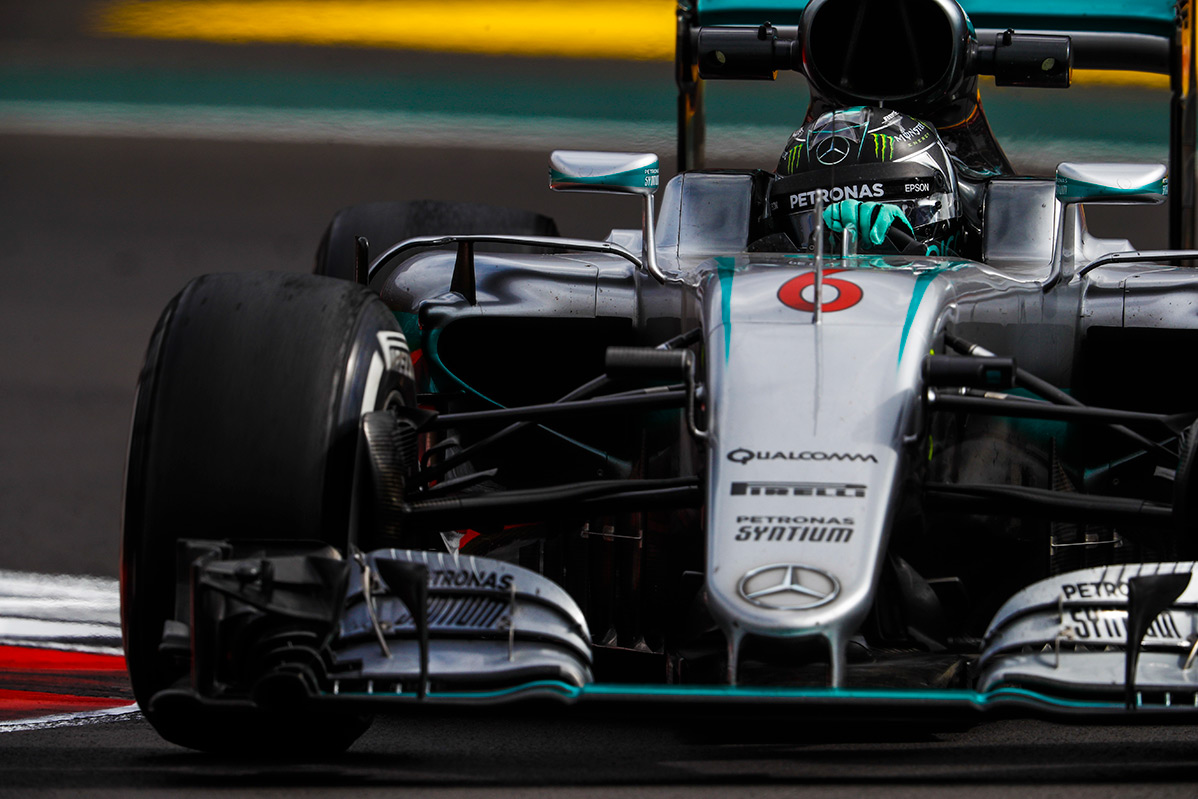 Charlie Whiting recently copied to the Formula 1 teams his reply to Ferrari’s query about the hydraulic activation of heave spring suspension systems (as used by both Mercedes and Red Bull in 2016).

Ferrari’s chief designer Simone Resta wrote the original letter to Whiting, saying that his team was considering introducing such a device, but wanted to know if it might be considered to contravene the regulations. For several years this has been the standard way for a team to flush out the legality of a system it believes might be conferring a rival an advantage. Whiting replied to Ferrari that he considered such a device would fall foul of regulation 3.15 (concerning whether a component or system is ‘wholly incidental to the main purpose of the suspension system’ or ‘have been contrived to directly affect the aerodynamic performance of the car’).

That is only the FIA technical delegate’s opinion, however, and doesn’t definitively make the device illegal. But it effectively invites any team to protest the technology to the stewards of a race who would likely be guided in their ruling by Whiting’s now-expressed opinion.

Effectively it leaves Mercedes and Red Bull in the invidious position of having to decide whether to continue with their trick systems – around which their cars will have been configured – or to play it safe and revert to a more conventional system, at least until the legality is definitively established.

So just what are these systems and how did they confer an advantage for Mercedes and Red Bull last year?

All contemporary F1 cars feature a lateral ‘third element’ heave spring across the front (and usually the rear too). This controls the car’s vertical stiffness. Because the aerodynamic loadings on the car are variable over the speed range, the heave spring is useful in decoupling loads imposed in cornering (to which it doesn’t react) from those imposed by the downforce working on both sides of the car (to which it does). It adds to the suspension stiffness when needed (at high speeds as the downforce loads increase dramatically) but remains neutral through cornering. All F1 cars have featured such springs for many years.

Where the Mercedes and Red Bull differed from the others last year was in how they combined the heave springs with hydraulic actuation. It allowed them to use the movement from the suspension to create hydraulic pressure that could effectively act as an energy store. This energy could then be used, when required, to manipulate the suspension in an advantageous way.

Since the banning of FRICS (front to rear interconnected suspension) midway through 2014, the front and rear suspension cannot be linked. But this allows some of the advantages of that system to be replicated. There is no ‘active’ element in that it is not powered (which has been banned since 1994). But intricate hydraulic valving within the heave springs allowed the suspension systems of the Red Bull and Mercedes to behave in a very specific pre-defined way. 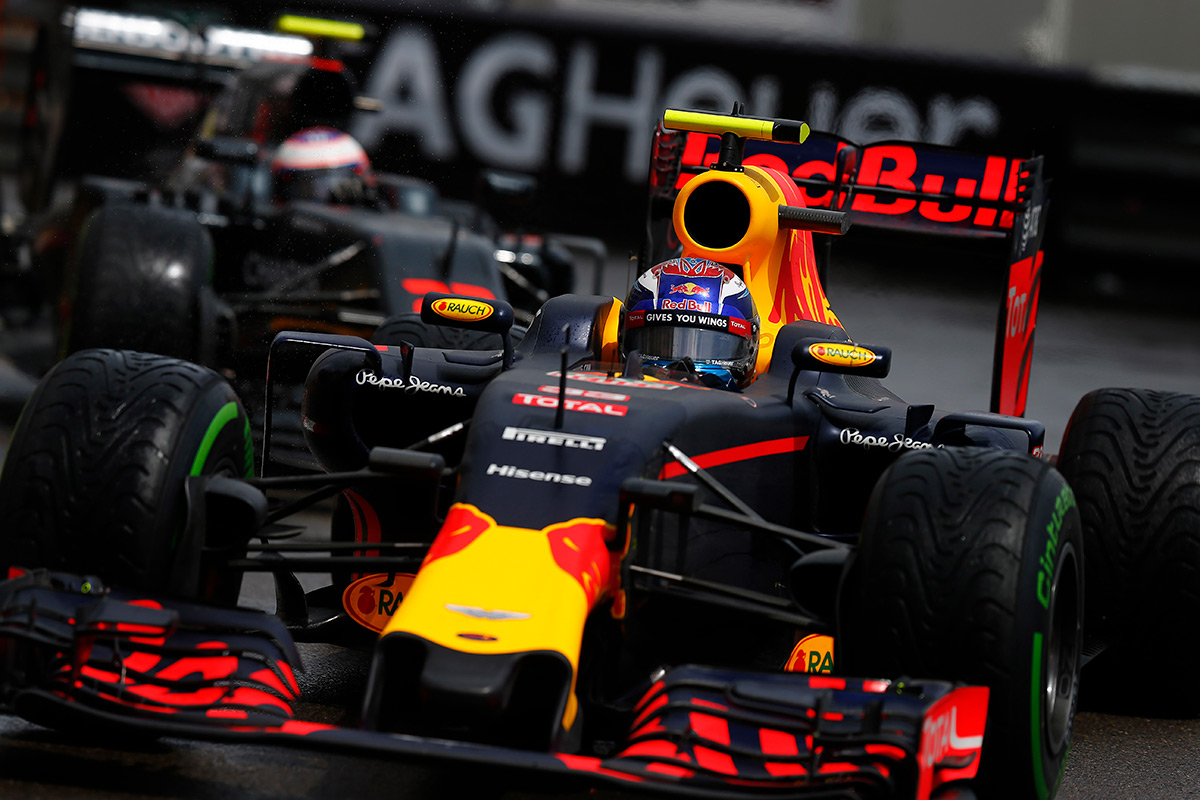 How the system was used on each car was very different. Mercedes used it to maintain the car’s balance through a wide speed range of corners, by manipulating the car’s aerodynamic platform. Red Bull manipulated its platform rather differently – using it to enhance the effectiveness of its high static rake philosophy, by allowing the rear to sink back down once past a certain (pre-set) load threshold and thereby stalling the rear wing to boost straightline speeds.

Speaking with Paddy Lowe last year, he explained at least some of what Mercedes was trying to achieve. “The banning of FRIC has left us just trying to do things one end at a time and making springs and damper systems that will react to load in a more complex manner. A spring classically was linear but now we are playing with far greater and more complex ranges of non-linear compliance. That’s allowing us to play games with getting the aero platform exactly where we want. It’s more difficult to do than it was with FRIC but it’s the same thing really.

“We have a range of different things we do according to different circuits which have different demands. It’s playing a game between the aero and mechanical aspects of the suspension. It’s about maintaining balance at different aspects of the circuit at different cornering speeds. Getting the best from the aero platform and the best balance from high speed to low speed and indeed through different phases of the corner. All the teams playing more tunes than ever they used to. Our suspension therefore becomes more complex year on year. We’re not doing anything particularly tricky, it just gets more complex.

“If drivers from the past got into these cars they’d been mind-blown by how well balanced they are. We can build the car far more precisely and repeatably these days – and the degree to which we’re tailoring the aero and mechanical platforms almost corner by corner, or even within the corner through brake balance, all these different things, gives a car where you can get to point in the weekend where the drivers is saying, ‘There’s nothing to tune. It’s a perfectly balanced car.’ It’s not quite like that – because the tyre is moving around – but it’s vastly better to how it was 20 years ago when you had to take a really very crude approximation of getting a balance at as many corners as possible whilst accepting the others would be rubbish.”

Unlike the Mercedes, the hydraulic part of the Red Bull’s heave damper was not visible when in situ. But presumably would have been revealed when it was adjusted, thus explaining the great secrecy involved every time that happened. Mechanics would often form a human shield to keep prying eyes away – and the vanity panel flipped up vertically to visually block as much of the inner detail as possible.

But with a car featuring a high rake angle at standstill, the hydraulics could work in a way that allowed the rake angle to flatten out beyond a certain pre-set speed threshold. In that way the wing could be configured to stall as the rake angle decreased (and thereby the rear wing’s angle to the oncoming airflow), thereby boosting straightline speed, particularly valuable in a car with a power shortfall. It would allow you the advantages of enhanced downforce given by the rake angle but without much of the natural penalty of increased drag. It allowed Red Bull last year to run rake angles that hadn’t been seen since the days of the exhaust-blown diffusers. Such was the benefit of the hydraulic actuation that Red Bull even surrendered its former S-duct, as the hydraulic piping and accumulators didn’t leave enough room for the feature. 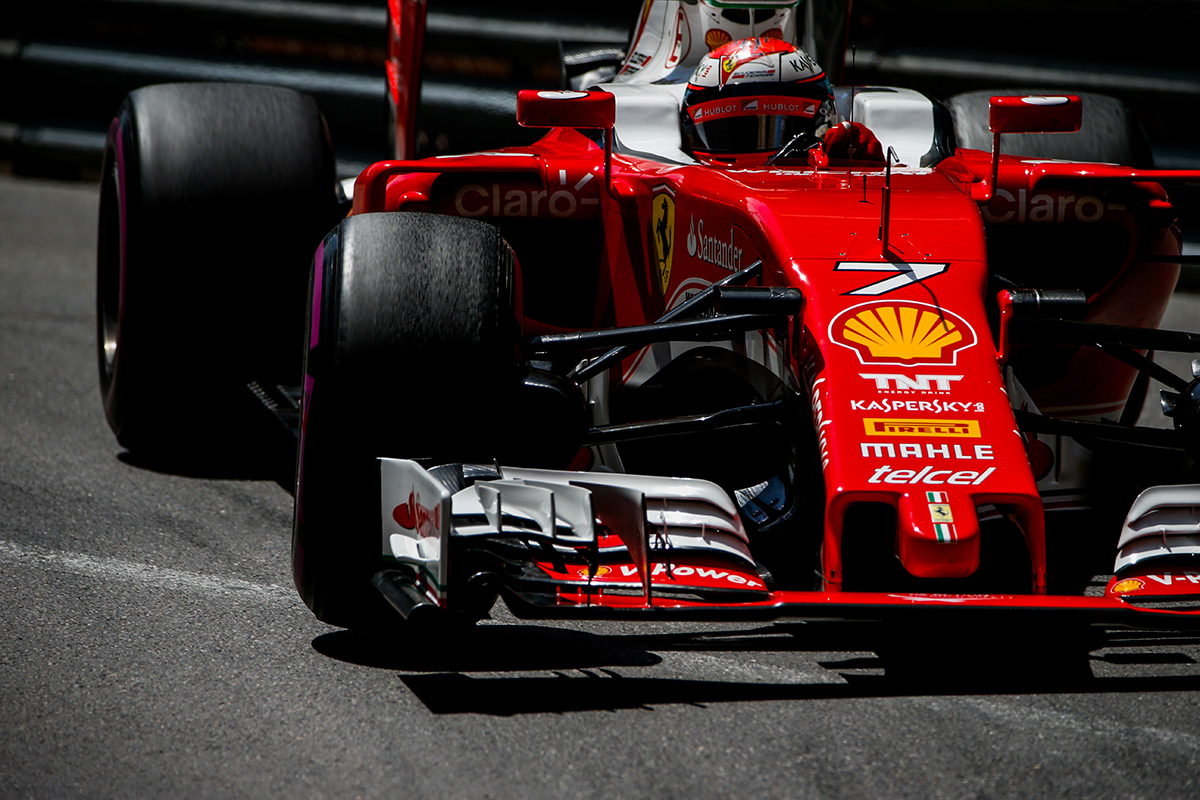 The question now that Ferrari has effectively caused the legality of such systems to be re-assessed is just how much performance its removal will cost Mercedes and Red Bull relative to the others. And relative to each other. Which of them was deriving more performance from it in their 2017 cars?

While it will almost certainly reduce the advantage of both cars over the rest, might it not also cost Red Bull more than Mercedes? Before this subject blew up, the jungle drums were suggesting that the aero gains made by Red Bull under the new regulations were truly spectacular. Was that through a more radical implementation of the hydraulic heave spring principle? In much the same way that the 2010 generation of twin diffuser cars were radically more extreme in the application of the principle than those of 2009?