The FIA’s intervention could have inadvertently given Mercedes the advantage 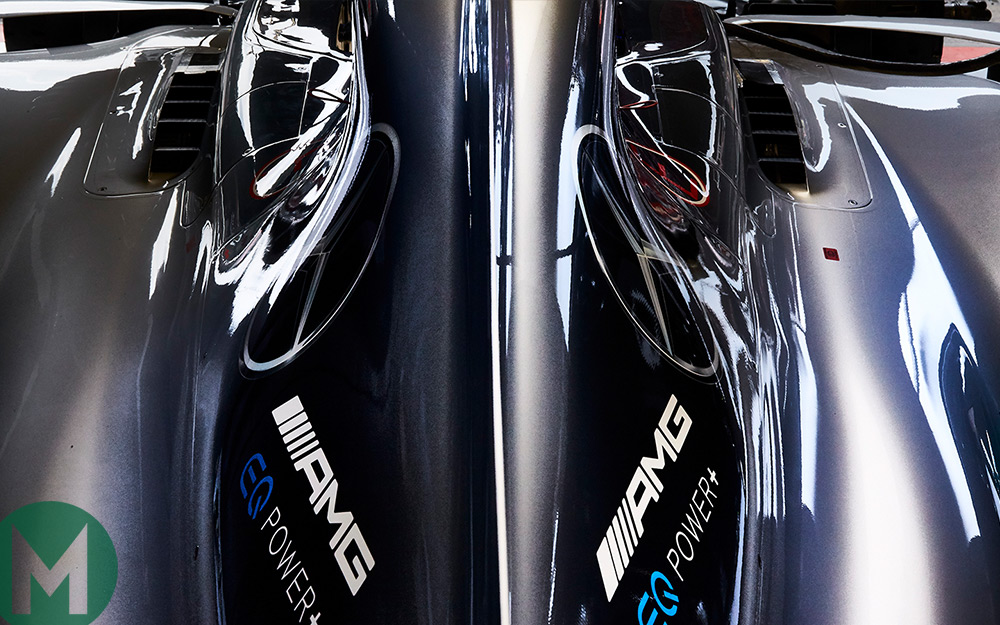 The oil burning controversy that has rumbled along in Formula 1 for over a year might be about to go into an altogether more controversial orbit as its implications have started to impact more directly on the tight Ferrari vs Mercedes championship battle. The flash point this time around has been Mercedes’ introduction of new engines for each of its cars in Spa last weekend.

This has proved controversial because in Hungary the FIA informed teams that as of Monza any new engine specs introduced would have to meet more stringent oil consumption standards. Anything introduced before Monza could continue to use up to 1.2 litres per 100km of oil. Anything from Monza onwards could use no more than 0.9 litres per 100km. This has significant implications upon performance. Using oil in the combustion process in these fuel flow-limited and highly knock-sensitive engines liberates extra horsepower. Oil is less combustible than petrol, but if used for combustion off-throttle, it allows a leaner, more combustible, petrol/air mixture to be used on-throttle when it matters. It effectively allows you more bang for your fuel flow-limited limit buck.

It was a technology introduced by Mercedes and subsequently enthusiastically copied by Ferrari last year. But rather than use engine oil, engine manufacturers began using separate, less viscous (and better combusting) oil expressly for the combustion chamber. Renault was left behind in this technology and reckoned to refine it properly would require a 5 million euro development budget. The FIA agreed with Renault in considering it an expensive and irrelevant technology and during the 2016-17 off-season issued a technical directive (TD/004-17) that said it would consider all deliberate combusting of oil against the regulations and that two different types of oil could not be used. However, inevitably an engine will naturally burn some oil as it finds its way past the piston rings and into the combustion chamber. Hence the FIA stipulated a maximum oil consumption – and set it to a level it felt would effectively stop teams from having enough spare to use for performance.

In Canada the FIA was concerned to find post-race that four Ferrari-engined cars had what was considered excessive oil residue in their exhausts. They had either found a way around the directive or not heeded it. At the next event, in Azerbaijan, a more detailed technical directive – TD22 – was issued to the teams, which read: “We wish to remind you that, as previously stated in various meetings and re-emphasised in TD/004-17, we consider the use of oil as fuel to be prohibited by the Technical Regulations. For the avoidance of doubt, the only fuel that may be used for combustion is petrol, and the only permitted characteristics of that petrol are clearly set out in Article 19 of the Technical Regulations. Even though the Technical Regulations do not directly specify the permitted characteristics of engine oil used in F1, we would consider any attempt to use additional components or substances in oil for the purpose of enhancing combustion [our italics] as a breach of the Technical Regulations.” The bolded italic part probably gives a clue as to how Ferrari had been getting around the ban of having two different oil types.

These are clever, motivated people and still ways were being found of getting around the restriction. The advantage was probably less than before, but there were still ways of deriving something whilst adapting to the latest restrictions. There were still rumblings of discontent and hence the new tighter consumption limit. The FIA stipulated Monza so as to give sufficient notice to teams in case they should need to make any specification changes to meet the new limit.

Ferrari, planning to introduce an upgraded specification engine in Monza and clearly concerned in case its rival should introduce a new spec in Spa (ie exactly what happened), responded in Hungary by asking the FIA why it didn’t introduce the new restriction immediately. Ferrari received the response that no one was planning a Spa upgrade and was thus becalmed. But then, upset – Mercedes did indeed turn up with a new engine at Spa.

So Mercedes simply finished its new engine earlier than expected, it will have claimed. Where is the crime in that? One can imagine the logic of the arguments behind closed doors on both sides. Competitive paranoia is everywhere and part of Mercedes’ behaviour may have been influenced by its suspicion that Ferrari continues to get around the oil-burning limit by taking oil that has just been used for lubricating hot parts – and which is therefore hot and thin in viscosity – and feeding some of it to the combustion chamber before it gets to the oil radiators to be cooled.

So potentially, as things stand, one of the two championship-contending teams (Mercedes) could be allowed an engine with a legal advantage denied the other one (Ferrari) – obviously bit of a political hot potato for the FIA. There is a complication in that which of the two limits apply to the Mercedes customer teams when they receive this spec of engine? One way of interpreting the regs might be that if this engine is introduced by anyone from Monza onwards, then all engines in this spec must be subject to the new limit.

Another way out of it might be to cancel the new limit for the remainder of the season.