Why Max Verstappen, Formula 1’s most thrilling talent, refuses to deal with defeat 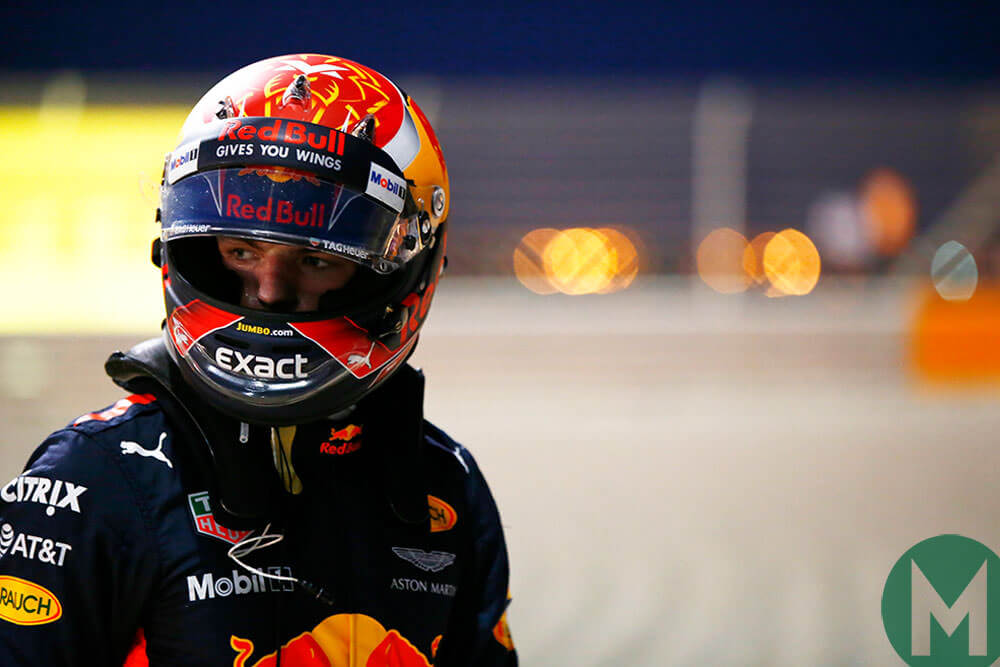 It’s easy to miss the essence of Max Verstappen the driver, to believe that error-strewn performances like that at Melbourne show he’s not yet ‘the finished product’. This is him and if you’re looking for him to develop into some sort of Alain Prost facsimile as he acquires age and experience, you’re going to be disappointed. Which is why he is the most exciting performer on the grid.

At Melbourne, trying to find a way around the slower Haas of Kevin Magnussen on a track where overtaking is near-impossible, he became ever-wilder, eventually damaging his diffuser after running over a kerb, the resultant lack of downforce destroying his rear tyres, contributing to a spin as he continued trying to find a way through. He finished an incident-packed fifth. It was a drive that contrasted with the more polished performance of team-mate Daniel Ricciardo who finished fourth despite starting four places back and it’s led to further comments that despite his undoubted brilliance, Verstappen is still, at his tender age, in prototype form for some superior future driver. I’d suggest it isn’t that at all and that this is him in all his magnificent carefree abandonment, throwing caution to the wind like he always has done and probably always will. Some days – most, in fact – that approach, that simple love of driving the wheels off the car and trying for the ‘impossible’ moves, will be the difference that allows him to get a result the car doesn’t deserve. But occasionally, like at Melbourne, the circumstances will be too restrictive for even his thrusting talent and he will be confined to an incident-filled performance through refusing to accept defeat, refusing to make a covenant with defeat. He refuses to make deals with defeat, won’t live alongside it in peace, waiting for another day. For him, accepting the circumstances on the day in an exercise of damage limitation would be defeat. Getting what in hindsight turns out to be a lesser result than you might’ve done had you not raged against that circumstance is not defeat – it’s simply the occasional cost of an attitude that will win you more races than lose them.

Lewis Hamilton has had a much more disciplined upbringing in terms of the overarching crucial importance attached to the securing of results – first from his father, latterly from McLaren as he picked up their backing as a 13-year-old. Without their respective support, his career would’ve come to a full stop very early. So it was drummed into him at a formative age that the result is everything. He’s long accepted at the deepest level that this is how he is measured and that he cannot just abandon himself to the love of racing – although he does love it, very deeply. He’s accepted that straitjacket as the price of being able to race and then as the price for representing a big entity like McLaren or Mercedes that brings with it responsibility – and you can see how that sometimes chafes on him. Because his natural way is high risk.

By contrast Verstappen, from a racing family intimately involved in the sport and nothing else, like a boy brought up in the circus, is someone who was always going to be racing if he wanted to. Along with his talent, it’s led him to be more free-spirited in his approach, less disciplined, regardless of how father Jos might have tried to impose that racing discipline from time to time. You might view that dismissal of the authority of results as an indulgence, something that somehow makes him a lesser driver than he might be. But they are the observer’s judgement, from the outside and of zero concern to him. Perhaps more than any driver on the grid, maybe even more than Fernando Alonso, Verstappen is racing on his own terms. He’s helped in this by his driving for Red Bull rather than, say, Mercedes or Ferrari. It’s an entity that celebrates the rejection of conventional mores. Its only intolerance – and it’s a severe one – is lack of performance. Which is not something Max has ever had to worry about. He oozes performance, it’s locked into his DNA, allowing him to be supremely relaxed in doing what he does – which only adds to the performance.

Performance and results are of course intimately related – but they are not the same thing.

Consequently, there’s sometimes a question of priorities to be answered, and in the split-second of that moment, the attitude that’s hard-wired into you will make that choice sub-consciously. Because he’s never had to accept the authority of results, his natural self can just be expressed without conflict, without a cost in energy. For such an attitude to have prevailed all the way to modern F1 has required both nature (his vast talent and fearless psyche) and nurture (his unique family environment) and is incredibly rare. Max Verstappen is the link back to Stefan Bellof or Gilles Villeneuve, two other free spirits that left the judgement of the world to argue with itself.