“There is the possibility we’re in for an absolutely epic year,” says Christian Horner, in a rare moment of calm between pre-season tests and ahead of the slog of a record-breaking 23-race season – assuming a venue is found to replace the cancelled Russian Grand Prix.

We meet the Red Bull Racing team principal on a flying visit to the Milton Keynes campus – an accurate description of the place given the astonishing expansion of what started out as the relatively humble Stewart Grand Prix base all those years ago. In the office next door Adrian Newey buzzes around, likely hard at work taking on the learnings from the opening Barcelona test in preparation for three more days in Bahrain next week. He’s filled with porpoise – I mean purpose… and it’s clearly all go. Horner yawns several times during our chat, and it’s likely he’s been burning the candle at both ends. But he’s in a reflective mood, too.

So from what he saw in Spain, might there be genuine hope that Mercedes-AMG and Red Bull won’t have it all their own way this term? Might we see three or even four teams in contention for the world titles?

“I think you could,” he replies. “Ferrari have been the sleeping giant of the past few years and they are waking up. They have got a good car. McLaren, it’s hard to say, but they should be there or there abouts. There is the possibility of an absolutely epic year. Rather than just Max and Lewis, it could be the Ferrari and McLaren guys will be involved in the battle too.”

Red Bull managed 358 laps of the Circuit de Barcelona-Catalunya over three days last week, the fourth best tally behind Ferrari, Mercedes and McLaren. Lando Norris, Charles Leclerc and on the final day Lewis Hamilton hit the top of the times, the seven-time champion setting the ultimate pace on Pirelli’s softest compound. But for neither reigning world champion Max Verstappen – that must still sound sweet to him – nor Sergio Perez, such stats are of little consequence at this early stage. The message from Horner is the Barcelona test was a “positive” start with the RB18, as the new ground-effect era kicked in.

“It’s so difficult to predict, but we covered a decent amount of mileage, we learnt a lot about the car,” he says. “The encouraging thing is it’s correlating well with our tools and our predictions. There are no red flags that have been raised. Pretty decent reliability too.” 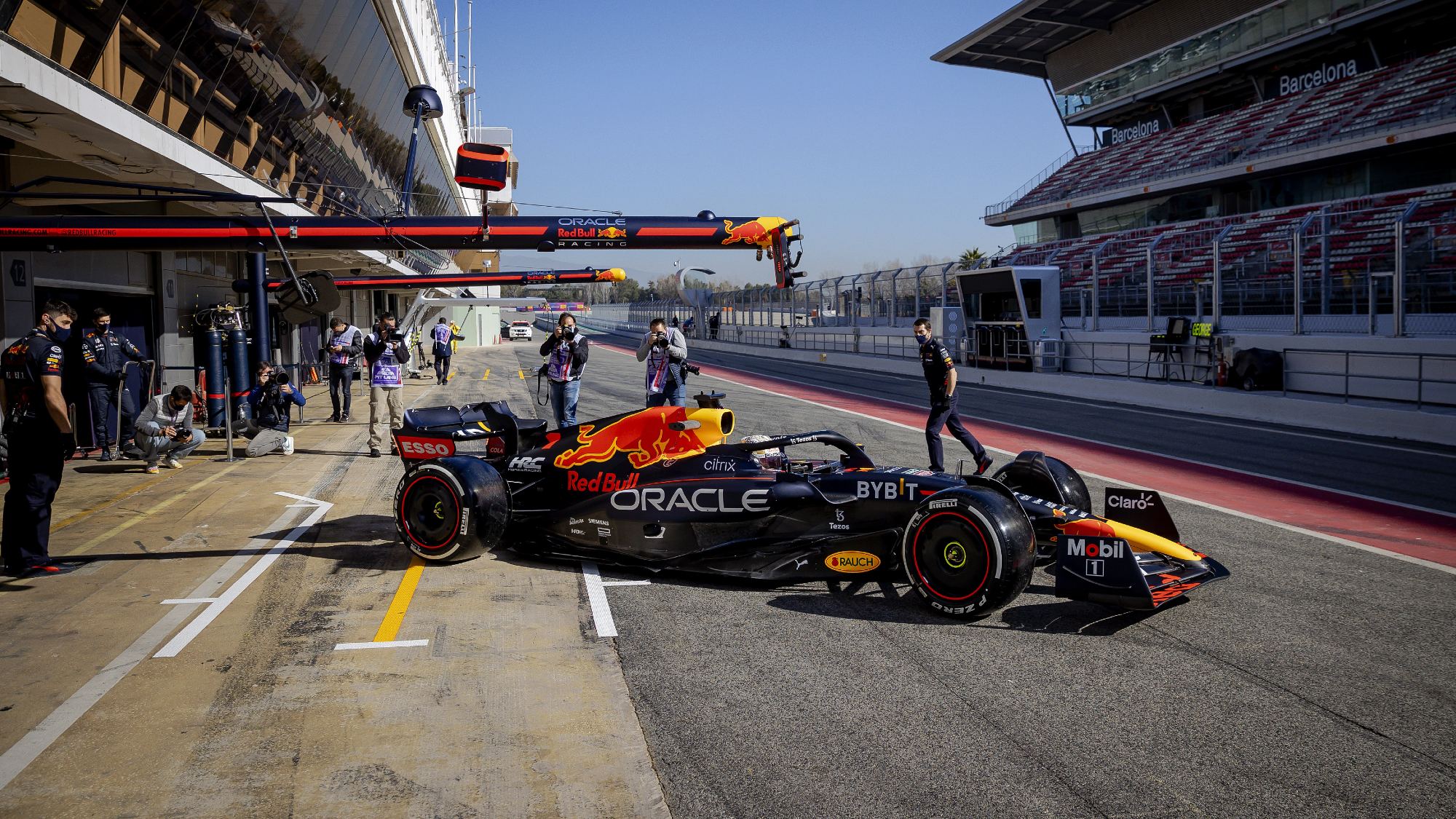 Red Bull says its testing programme went off without any problems

What about the porpoising ‘bounce’? It was notable how Mercedes, Red Bull and Ferrari endured the effect caused by the bind-and-stall downforce cycle symptomatic of ground-effects aerodynamics. Horner doesn’t seem too concerned, especially as Newey is one of the few active designers who have been around long enough to have worked with ground effects the first time around, in his first F1 job at Fittipaldi and during his years at March.

“I think it’s something all the teams have got [to deal with] and it’s obviously a consequence of these aerodynamics, but I think you’ll be able dampen it,” says Horner. “Whether you’ll be able to remove it I don’t know.”

Did the experience in Spain correlate with Newey’s recollections from the early 1980s? “Yes, I think so. As you say, he’s been around long enough to know some of the complications, and some of these issues weren’t unexpected to him. They weren’t a huge surprise.” 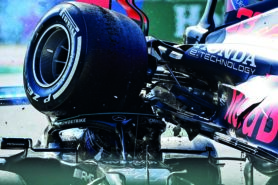 Initial driver response to the new era was mostly positive, although the jury remains out on whether F1 has hit its brief of creating more raceable racing cars. Braking distances weren’t any shorter, but jumping to conclusions at a circuit that has rarely been conducive for wheel-to-wheel racing would be rash. So what is Horner’s gut instinct telling him? “Speaking to Max after the first day of running, he was actually complimentary of his ability to follow a car closer. He felt there was less disruption and that’s around a track like Barcelona. Around somewhere like Bahrain overtaking should become more straightforward.”

But we’re still quite some way from ditching the artifice of the drag reduction system (DRS). “I think it will still be required,” says Horner. Because these new cars still have front and rear wings? “Yep, that’s the thing. Until we get rid of those… You see the size of them now as well, they are pretty chunky.”

As for Red Bull’s main man, you won’t be surprised to hear Verstappen is “super-relaxed, super-happy”. “He’s got the monkey off his back having won that first world championship,” says Horner. “In many respects it takes the pressure off him and I think you’ll just see him continue to evolve and grow.”

But while the new champion has been coming to terms with his new status, it’s been a difficult winter for the FIA and its new president Mohammed Ben Sulayem – even before the horrors of current events in Ukraine recalibrated perspectives for all of us. Horner continues to express sympathy for Michael Masi, who has been stood down from his role as race director in the wake of the review into the Abu Dhabi controversy. Christian describes Masi as “a broken guy” in the wake of the unimaginable pressure he’s faced.

“It was harsh,” he says of the decision. “What was disappointing is that since Abu Dhabi there had been very little support for Michael. When you hear his family were receiving death threats… The job of race director is incredibly tough and we were frustrated by an awful lot of decisions last year which we felt went against us. But you’re never going to win in that role and I think it’s unfortunate for Mohammed that he’s had to inherit this situation. 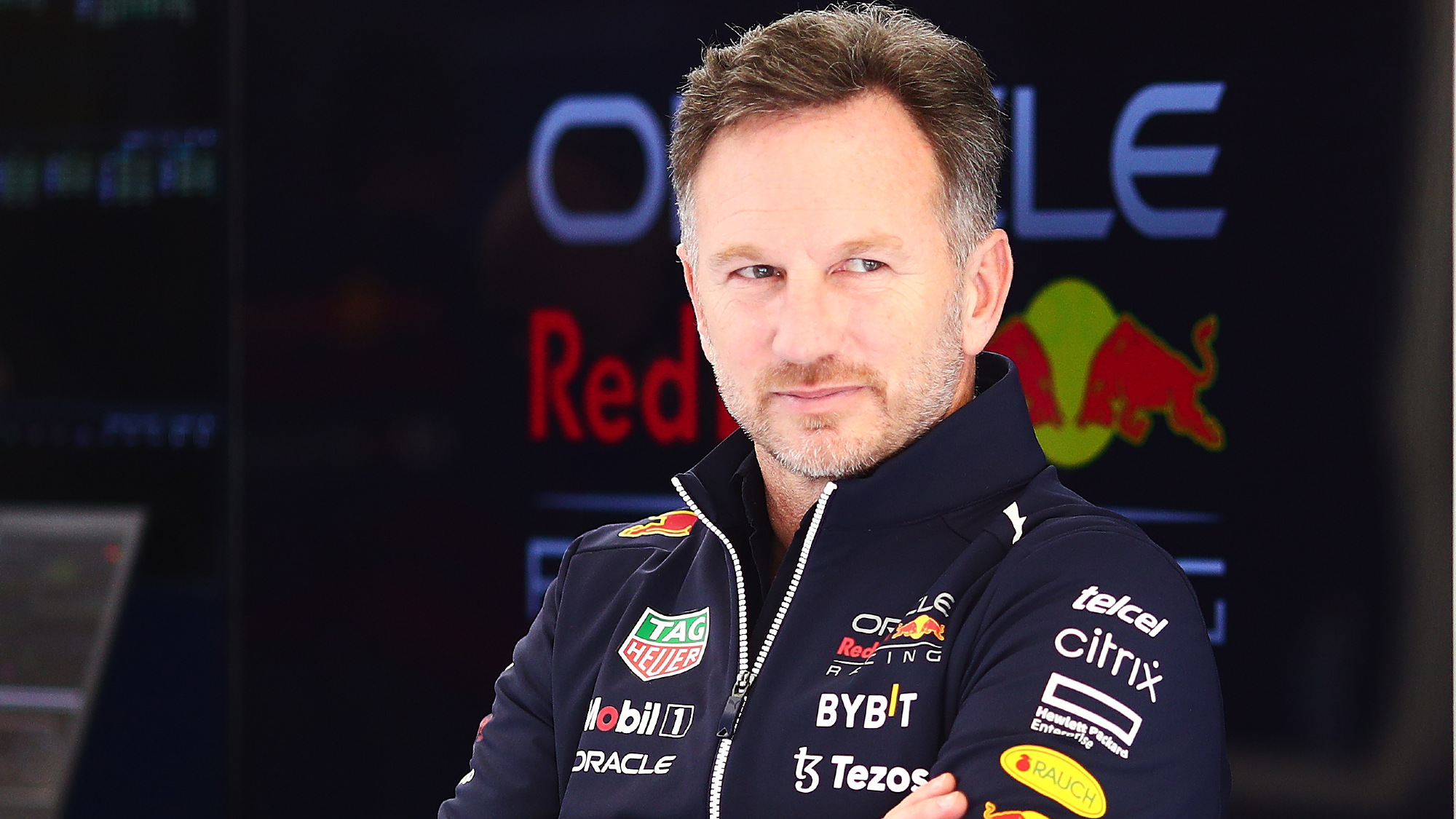 Horner is expecting a close fight

“But he’s looking at doing the right thing by bringing in more support and technology. I showed him around the facility here and the operations room that we have at our disposal, as five or six other teams have too, and they [the FIA] have nothing. It’s a shrewd move bringing Herbie Blash back in with all the experience he has. I just thought it was a shame for Michael because there was an awful lot of pressure placed on the governing body for him to be removed, which is passive-aggressive.”

Horner welcomes the FIA limiting what are now infamous radio communications with the incoming race directors – but remains adamant that what conversations do take place should still be broadcast on TV. “I lobbied very hard and am probably responsible for why the radio [messages] are broadcast,” he says, “because I’ve always felt it would be interesting for the public to hear what goes on between the pitwall and the race director, with the idea that it would be used less if it was broadcast. But such is the competitiveness of what we had last year it did get used. Of course, if I hear another team principal lobbying the referee it is my duty to defend my team. 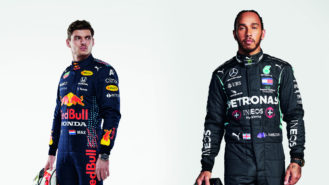 Formula 1 people hate unknowns. They can’t stand any inkling that they lack control over their own destinies. Yet at the same time, and just like the rest of us,…

“So when I heard it at Silverstone [in the wake of Hamilton and Verstappen colliding] I was quite surprised. And of course in Abu Dhabi it was my job and responsibility to push as hard for this team as possible. I wouldn’t be doing my job if I wasn’t doing that.

“Ultimately it’s a good thing they are defining more who can talk to the referee, the race director, and let’s see how it all pans out. But I think it’s something that should still be open to the public because the fans and spectators have a right to hear what is being lobbied. It is a part of the sport.”

So it was like this before we were allowed to earwig? “Yeah. Charlie [Whiting, F1’s late and much-missed race director] was adamant he never wanted [them broadcast] because he didn’t want the controversy in the public domain.” Because he didn’t want to be in the centre of the story? “He never liked that. But latterly with Stefano [Domenicali, F1’s CEO since the start of last year] he agreed it was a good thing to do.”

Depending on who you ask, there’s still a concern that a hangover from Abu Dhabi could be a headache when the teams convene for the first race weekend in Bahrain. No surprise that Horner disagrees with that one. “The biggest winner last year was the sport, to have that much excitement, finally. Mercedes has won something like 75% of all the races in the hybrid era, but suddenly we were able to fight them and it wasn’t in a one-off race here and there. It was every single race. That was brilliant because we pushed ourselves and we certainly pushed them to levels we didn’t expect to reach.

“You could see the effect by the audience going stratospheric. You could see the result in the ticket sales for this year, with so many promoters having sold out and new venues wanting to come in.

“Let’s just see how Netflix portrays it all…” 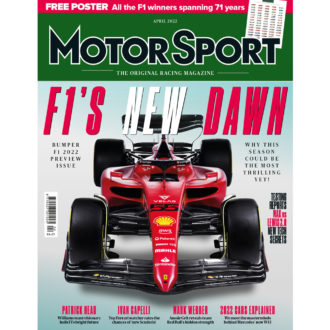