The halo has divided opinion, so Andrew Frankel is thinking outside the box – and in the cockpit – to fix it… 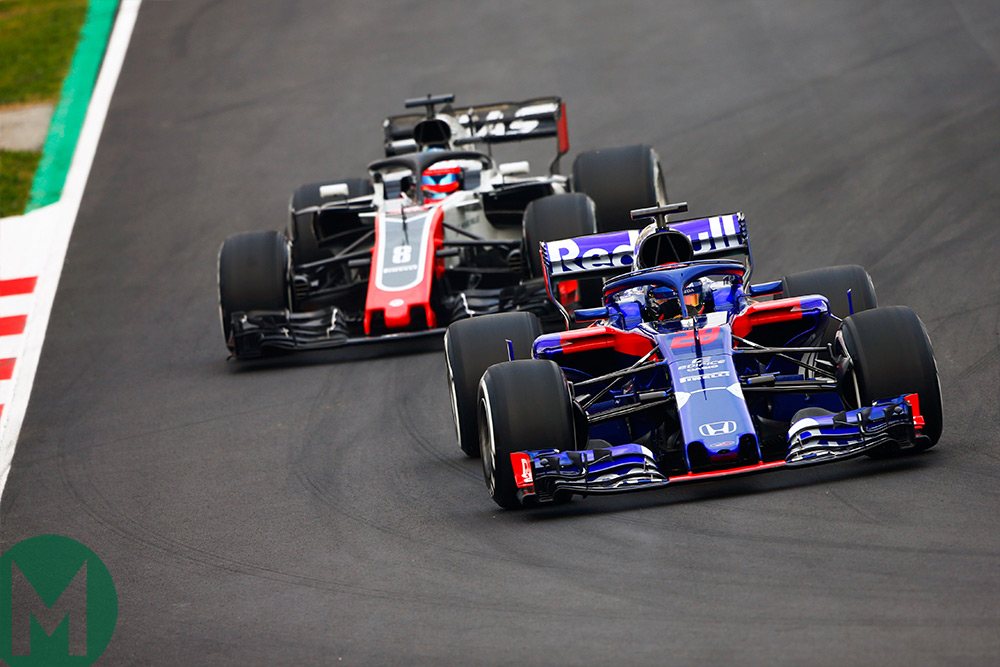 I have the answer to all Formula 1’s problems. Bear with me for a few minutes and I shall explain.

As I see it, the issue is that what car manufacturers with Formula 1 teams and their drivers want bears little or no relationship to what those who finance Formula 1 (that’s you and me) want. The manufacturers want an F1 that allows them to showcase their technologies and to present themselves in a sporting light so as better to sell us road cars; the drivers want to drive without risk. We, on the other hand, just want to see them drive. The hideous flip-flop, I mean halo, may or may not be the last straw, but if it’s not then the one that does finally bust the back of the desert-dwelling ungulate may not that far away.

So here is my solution. Yes it’s radical, but please bear with me. You take the driver out of the car.

For manufacturers the appeal is obvious: without the need to package the car around a large, soft, easily damaged carbon-based lifeform the cars could just become darts on wheels. Aero engineers up and down the pitlane would explode in paroxysms of joy. The big automotive brands would love it because it would reduce to zero the chances of a driver being hurt in a car bearing their name.

As for the drivers, it would be every Christmas come at once because, and here’s the clever bit, they’d still be driving and in exactly the same way as a ‘pilot’ in Langley still ‘flies’ a drone over Afghanistan. They would have control as precise and total as if they were sitting in the real thing. The technology is not merely feasible, today it would be easy.

The car would react to instructions in the same way as if the driver were in the now non-existent cockpit. There would be no need for him even to be at the circuit. Instead he could be at home, in a mood lounge with walls swathed in sponsors’ logos, sitting in a seat with all the controls he’d find in his race car. And if it all went wrong and cars started pinging off each other at 200mph, what would it matter? It’s only money and F1 has never had trouble spending that.

True, the drivers would never get to interact with the fans but, apart from grabbing a microphone to trot out a few meaningless platitudes to crowd of people a hundred yards away, they don’t interact with them now. So no great loss there.

And think of the gains for the viewers. We always complain we get to see less and less of the drivers and the way they drive. With my solution they could be sitting helmetless in an armchair wearing shorts and a (brand appropriate) Hawaiian shirt. We could see every detail of every action, every grimace, every ripple of every muscle. Except on that last point, of course, there’d now no longer be any need for the drivers to be physically fit, and that’s a good thing too because they could return to the good old days of sex for breakfast and cigarettes in parc ferme. They could probably even manage a drag mid-race. I can quite see Max virtually blasting his way through the field at Spa with a cheroot lightly adhered to his bottom lip. Kimi could have a pipe.

There are other advantages too: think how much braver drivers would be in the overtaking areas, and you could have races or portions thereof where the drivers could take a break to make a cup of tea while the manufacturers took control of the cars and showed off the autonomous drive systems which they are so keen to sell to us. How much faster would the cars be with computers driving them?

There is, in fact, just one problem with this game-changing plan of mine, which is that it is actually one of the worst ideas anyone has ever had. Hate to break it to those in charge, but Formula 1 is not actually about cars at all, any more than tennis is about racquets or skiing about skis. It’s about people – their tools and the way they are handled being merely the medium through which their skill is expressed. So hiding drivers ever deeper in cockpits with ever higher sides and then encaging them behind the dreaded flip-flop represents barrier upon barrier upon barrier between the spectator and what he or she is actually paying to see. And you can’t push them forever, always placing your agenda before theirs, because eventually they will stop. Many already have.

I don’t believe any sane person wants to see drivers get hurt, but I think we all want to see them using their sublime talent to manage risk in a way you or I never could. That is the thrill of the sport.

But surely the drivers have a right to stay safe in the workplace and their employers a duty to ensure that all reasonable steps are taken to ensure that safety? I am not so sure. The only way to make F1 completely safe is either indulge in the absurd fantasy outlined above, or stop it all together; so ultimately it comes down to a question of degree. F1 drivers are educated, intelligent and, above all, adults. They know the risk they take every time they get in their super-safe cars and head out around their super-safe tracks, in exactly the same way as all those happy amateurs who willingly climb aboard incomparably more rickety machines and drive them at immeasurably more dangerous circuits at club meetings every weekend know the risks. And my view has always been that so long as the drivers are happy to take those risks and that spectators are kept safe, they should be allowed to do so.

And if modern F1 drivers are not prepared to shoulder at least some element of risk, they should make way for those that will. Richard Attwood, who raced when the sport was at its absolutely most lethal, once told me he never thought of the dangers, only the queue of people who’d line up to replace him if he decided to quit.

People have for years claimed that F1 is in mortal danger and still it has endured; but somehow to me this feels different. It would be interesting to hear what a clinical psychologist had to say about putting an obstacle like the halo in the direct line of sight between the viewers and what they are paying to see, but sooner or later even the most loyal fans will surely say enough.

Will this be that moment? I genuinely don’t know: but I expect we’ll find out before the season is done. But there is a bigger problem even than this: let’s say the halo really does turn out to be disaster in terms of people’s connection to the sport. Can you really see the organisers getting rid of it, sanctioning a move deliberately intended to make the cars less safe? Me neither.