With Formula 1 making its return this Sunday, millions will tune in to watch the title fight recommence around the famous Spa-Francorchamps circuit .

Verstappen’s P9 finish in Hungary also put Mercedes ahead of Red Bull by 12 points in the constructors’ standings with plenty left to play for.

With the four-week break coming to a close, drivers are preparing for what will surely be a phenomenal second half of the season. For Verstappen and Red Bull, it will be a real test to conquer the long-standing Mercedes domination. The team is without a win around Spa since 2014.

The first half of the season showed that Verstappen is capable of stopping Hamilton from clinching a record-breaking eighth title; the one he needs to move clear of Michael Schumacher as the most successful driver of all time outright.

Will Verstappen get his season back on track or can Hamilton claim a fifth Belgian GP victory and extend his lead? Here are all the TV channels, timings and weekend schedule for the 2021 Belgian Grand Prix.

How many laps is the Belgian Grand Prix?

The Belgian Grand Prix is scheduled for 44 laps of Spa-Francorchamps.

Sky Sports F1 will cover each practice and qualifying session live and race in HD. Coverage for the weekend begins on Friday at 10am for FP1, with the FP2 broadcast following at 1:45pm. Final practice on Saturday will be covered from 10:45am while build-up to qualifying starts at 1pm in the afternoon.

Raceday coverage will start at 12:30pm on Sunday, lasting all the way through the grand prix and post-race coverage until 5pm.

For highlights of qualifying and the race, Channel 4 will show a recap of both on Saturday and Sunday respectively. Highlights for qualifying begin at 6pm Saturday evening, with Sunday’s race highlights show starting at 6:30pm on Sunday.

To watch the race live, a NowTV pass will give you access to each Sky Sports F1 TV broadcast throughout the Belgian GP weekend, including race build-up and fallout on Sunday afternoon.

Highlights can also be streamed via Channel 4’s All4 app, with each broadcast available to watch online well after the race weekend is over.

Red Bull might be winless in Belgium since 2014 but the team has its best chance of victory since that Daniel Ricciardo win this weekend. The team has continued development of its RB16B while Mercedes has switched its focus to the 2022 generation of cars and next season.

It has had the measure of Mercedes pace-wise for the majority of the year so far and Verstappen has been consistent when he’s not been on the end of misfortune. The Dutchman’s title hopes took two sizeable dents before the summer break that included the highly controversial contact with title rival Hamilton at the British GP. He will be eager to strike back at the earliest opportunity. 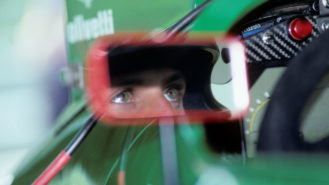 30 years ago today, Michael Schumacher announced himself to the F1 world – the man who was right beside him, Trevor Foster, recalled the weekend to James Elson

Spa has been a strong track for Mercedes historically, and since 2014 it has shared wins exclusively with Ferrari around the circuit. Last year, Hamilton took his fourth Belgian GP victory and heading into this weekend’s race, he and his team have all the momentum having overturned the deficit in both championships in Hungary.

Whether or not it can sustain its recent form in Belgium remains to be seen though. Similarly, Silverstone had been a Mercedes stronghold in recent seasons but Verstappen demonstrated he had the measure of Hamilton during the first Qualifying Sprint event on Saturday, claiming the lead at the start and keeping his opposition at arms length throughout.

The team struggled in Hungary as track conditions meant it couldn’t narrow down a set-up within its ideal window, and the longer duration high-speed corners at the Hungaroring were a particular area of weakness as a result of its set-up direction, necessitated by instability both its drivers experienced.

If Red Bull faces similar issues at Spa, Mercedes and Hamilton will surely be there to apply the pressure and possibly take another victory around Spa-Francorchamps. That’s if the two title protagonists survive going wheel-to-wheel for the first time since Silverstone.