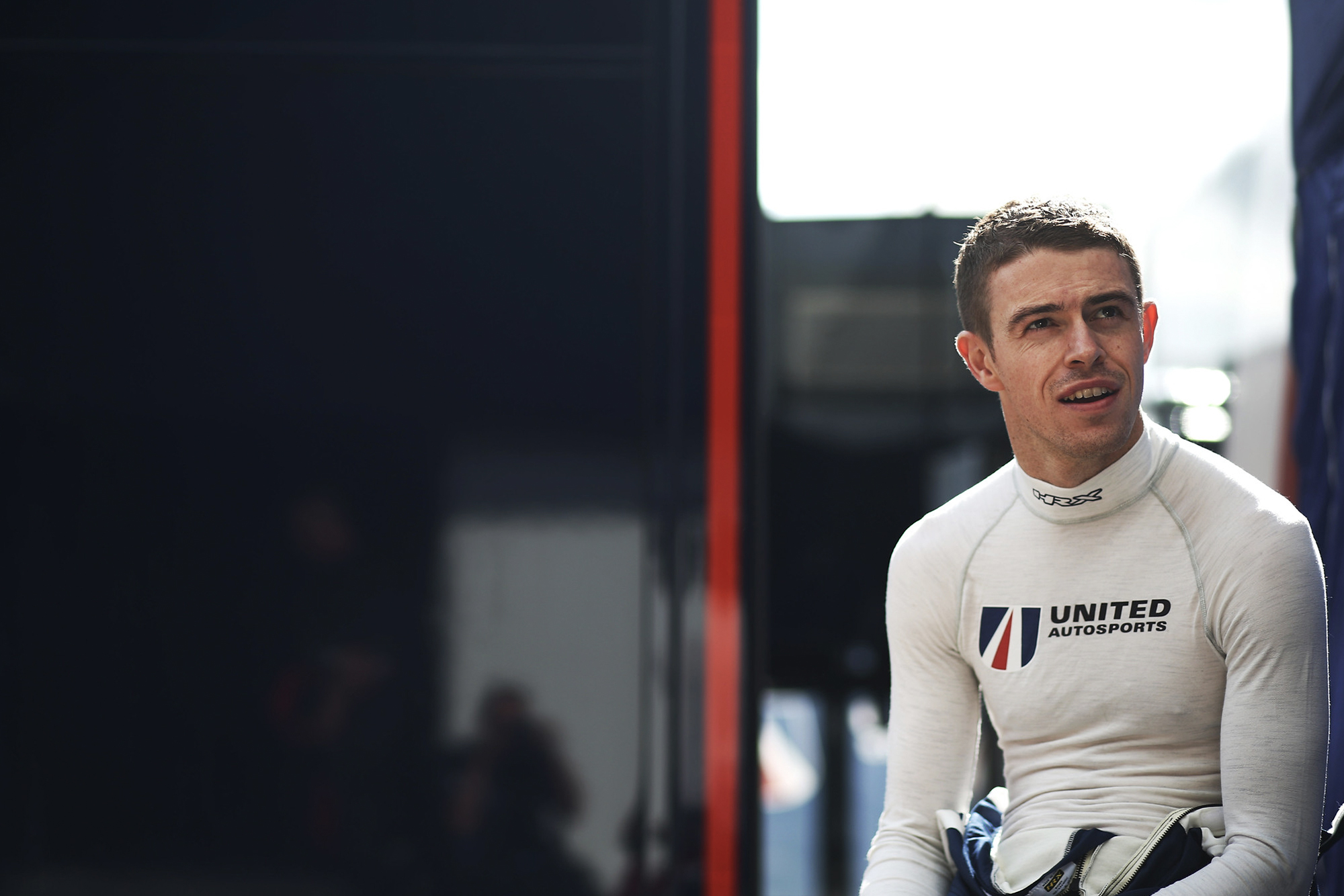 Paul Di Resta won the 2010 DTM title then switched to Formula 1 with Force India for three seasons. He was Williams’ reserve driver for 2016 and 2017, raced for Aston Martin in this year’s DTM, and is an F1 pundit for Sky.

The 33-year-old competes in the World Endurance Championship’s LMP2 category alongside Filipe Alberquerque and Phil Hanson; their Oreca finished third in the Four Hours of Shanghai earlier this month. His team, United Autosports, is co-owned by Richard Dean and Zak Brown, who is also chief executive of McLaren Racing.

I’m loving the challenge of racing sports cars after a career previously dominated by single-seaters and karts.

Between 2014-18, I competed for Mercedes in DTM, having won the title with them in 2010, and raced an Aston Martin this year.

My first ever drive of a sports-prototype was in November 2017 with Lando Norris at Paul Ricard with United Autosports, as we prepared for the Daytona 24 Hours with a brace of Ligier LMP2 cars the following January.

It wasn’t something that I’d had the opportunity to do until then. Additionally, at that time I was coming through, it wasn’t really what people did, jump between series. But with the DTM calendar condensed, when Zak Brown asked if I was interested in racing at Daytona, I jumped at the opportunity.

The biggest difference to F1 and a sports-prototype — stating the obvious — is that it has a roof over your head. It’s also different from behind the wheel. You put any F1 driver in an LMP2 car and go through the Porsche Curves at Le Mans and it will be an eye-opener to them: the downforce is not far off what you experience in Formula 1.

It is a little bit heavier and underpowered when you consider the grip available from the aero but it’s tricky. You’re driving a car on the edge and I like the sense of how basic they are but there’s some serious G-force going through it. 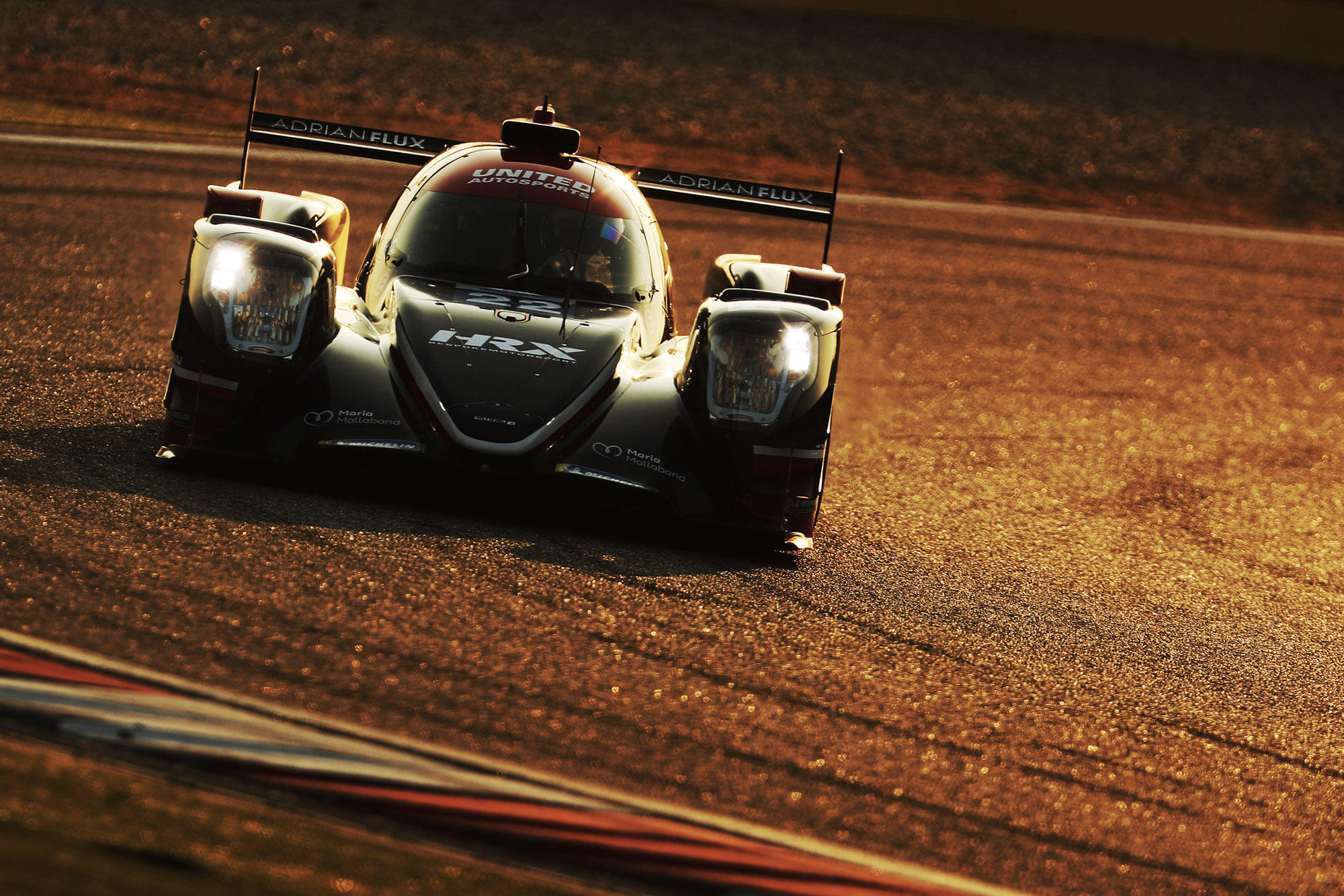 When I jumped in the Ligier, I couldn’t have been more suited to it, as it was around the same speed as a DTM car but with basic traction control. The Ligier’s downforce, power, driving style and even seating position, was very similar to what I’d been used to in DTM.

But I was a complete rookie in a sense, I didn’t even know who all the team were and who I was racing against. I still don’t totally understand the sports car world because of the amount of drivers. There are so many and if you have not been in that specific ‘world’, you tend not to know the fast or slower drivers for example.

I required a lot of guidance when I was doing the races from the United engineer to say the car I was coming up against was being driven by ‘x’ and I should expect ‘this’ or ‘that’ from him in a racing situation.

I really enjoy the endurance element of racing massively. I enjoy going away, I enjoy the tracks we go to; there’s a family environment in the United team.

One of the big things is the humour element at United. I didn’t know I was missing this until I left DTM and went to F1 to join Force India. Being a British team, they understood that you could have a laugh and a joke in the hour ahead of qualifying before turning up and being professional.

That’s not always the case at teams, and that’s not being negative to any team I’ve worked with because different cultures see this differently.

United excels in this fun, relaxed atmosphere but at the same time, they are ultra-professional. They haven’t got a massive budget or huge resources but somehow they know how to look after people and they know how to get the job done and I admire Richard Dean, the co-owner, and his team for that. 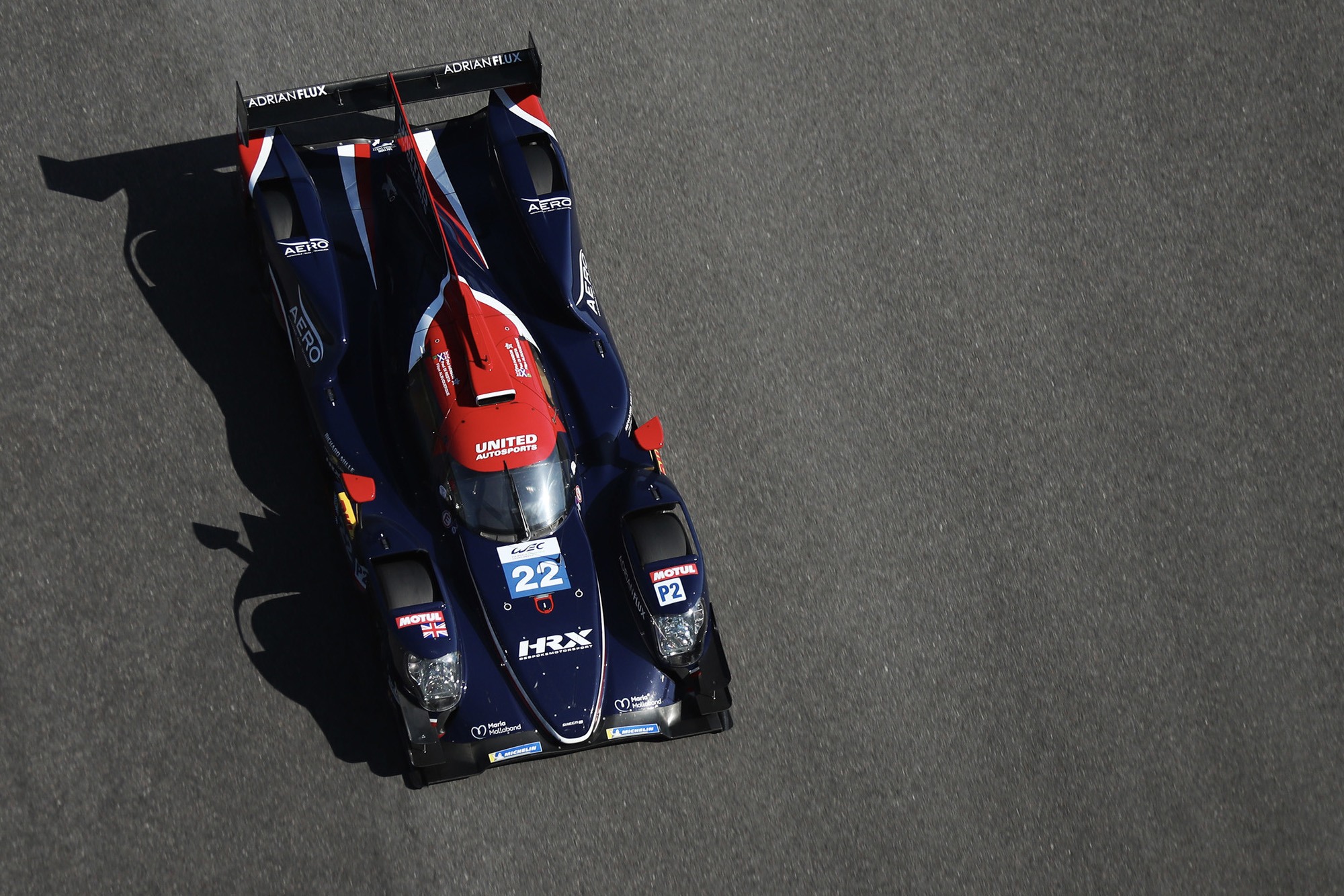 This season, we’re racing the Oreca chassis and not the Ligier having switched for the opening round at Silverstone in September.

We didn’t have the easiest of starts in the WEC with our new Oreca at Silverstone. An electrical issue side-lined us very early on but Filipe, Phil and my stand-in, Olly Jarvis – I was committed to a DTM race the same weekend – were placed third at Fuji last month. The WEC is my priority now.

I hadn’t sat in the Oreca since retiring on the third lap of the WEC race at Silverstone on 1 September but I was straight back into it in China. The Shanghai track offers low grip and high tyre degradation which is always a challenge. The weather was dry, sunny and stable but drivers get very limited track time. Having shared quali with Phil at Silverstone, it was Filipe’s turn with Phil here in Shanghai so I went into the race with just 26 laps from 420 mins of practice.

Filipe started the race but almost immediately dropped to eighth, due to a loss of power. Debris on lap one had entered the engine’s roof air intake but it had cost us around 35sec. Phil was next in the car and then me. All three of us set competitive lap times.

I took over with almost 90mins remaining in fourth-place and I was told I almost immediately set a faster lap time than the top-three LMP1 cars. I made a last pit-stop with around 40mins left, for fuel and two new left-side tyres, re-joining fourth but re-took third and ultimately missed out on second place by less than 5sec.

My stints were decent and I set the fastest time in our car. We were on the back foot after losing so much time at the start and with no safety car periods, to bunch up the field, we’d little chance to claw back all of the lost time. With a little bit more luck it would have been a bit better outcome but our pace was strong and it was good to get on the podium. I’m back in F1 action for Sky in Abu Dhabi before heading to Bahrain knowing we’ll be right in the ballpark.” 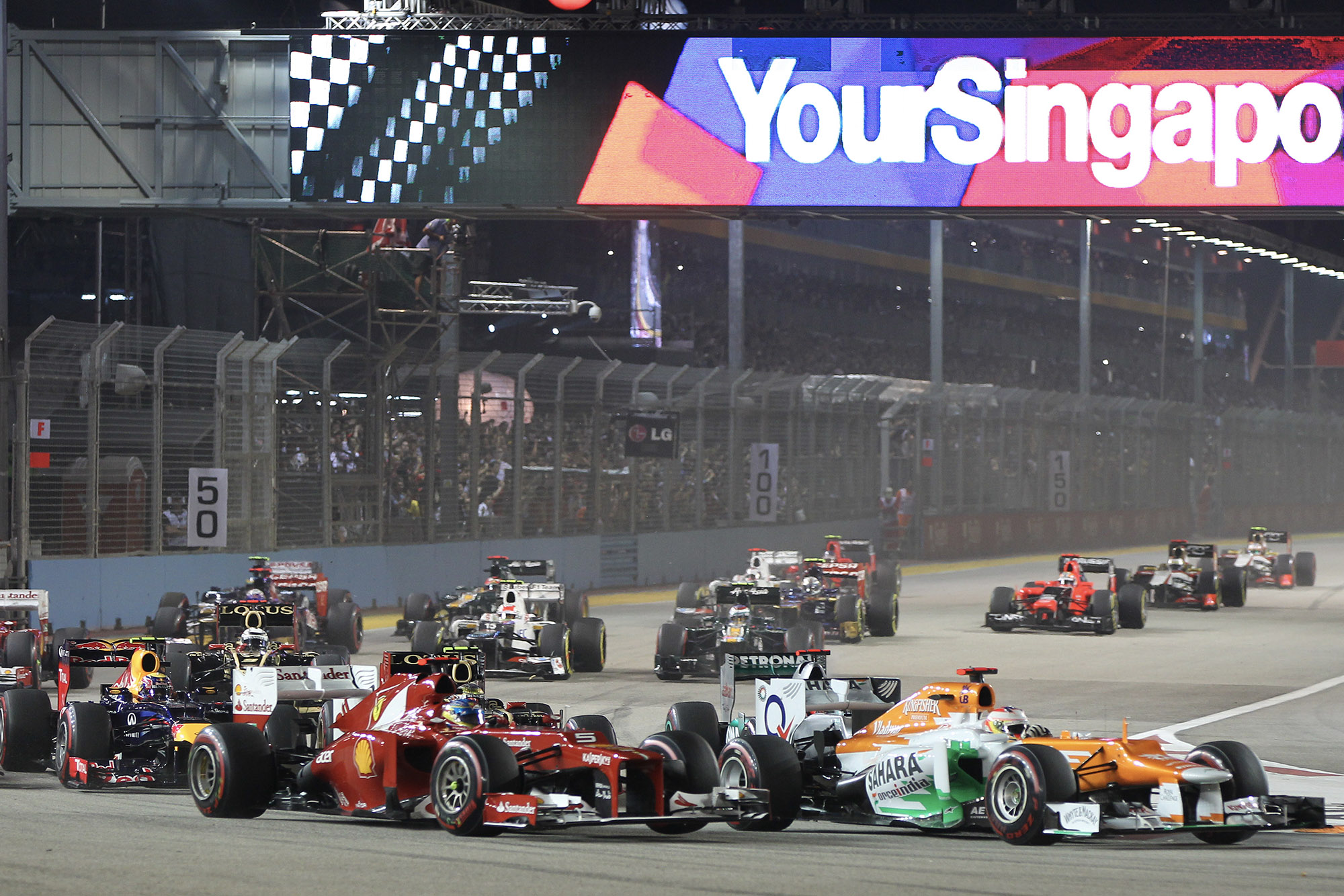 I do enjoy my role with Sky TV commentating on F1 races. I started in 2014 and it gradually ramped up. I 100% miss racing in F1 and when you think of my age compared to Lewis Hamilton and Sebastian Vettel, and other guys I have raced all the way through in championships, I kind of feel like I am in my prime at the moment.

I think, as a driver, you’ve got until you’re around 38-years-old. That’s when you have got all of the confidence all the maturity you’ve built up through your life and that’s when you put it to good use.

I look back at my F1 career and say ‘missed opportunities’, ‘wrong decisions’ and ‘unlucky’ are the words that sum it up. I do feel hard done by given my success rate given my racing with Sebastian and Lewis in the junior formulas and you look at what they are doing now.

But would I change my life? Absolutely not. I’ve two young, healthy children that, when they smile at you in the morning, there’s nothing in the world that could be better. I see a long term future for me in sportscar racing combined with my work for Sky.