It might as well be 1000 years ago: 1973. No internet. No camera phones. And neither a TV – our Pye black-and-white, what few channels it provided accessed by twisting clamped Mole Grips, had just gone bang in spectacular style – nor a telephone chez Fearnley; we used a neighbour’s and left a couple of coppers in a tin.

Ah, but we were happy. Setting off for Silverstone at ‘a quarter to stupid’ on a Saturday morning, three of us in a two-seater that had recently celebrated its 40th birthday, we had a flask and some sarnies but no tickets for the British Grand Prix. Pay on the gate. First come, first served. Simpler times. 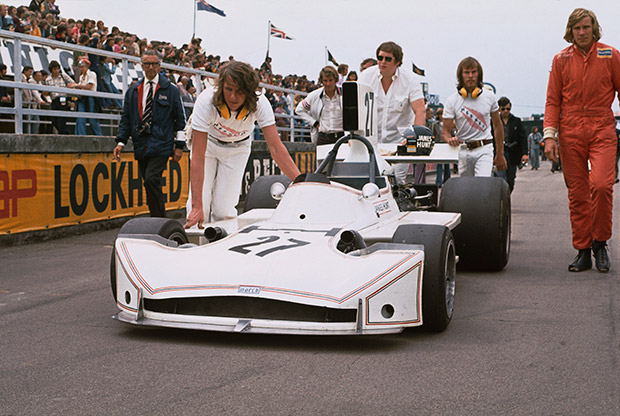 This was a three-hour journey that we were very familiar with: to Hayfield; past the Ferodo works at Chapel-en-le-Frith; Buxton to Ashbourne on the A515, part of the proposed road circuit that unsurprisingly fell flat in the 1950s; Lichfield Cathedral’s three spires; and then the long blat down the A5, keeping a wary eye out for Ford Granada ‘Jam Butties’ – and an eager one out for brand new Triumph Dolly Sprints to bait. There were no signs of either. Good and bad, then.

A huge crowd had been predicted but we arrived in good time and parked in the lee of the stands along the pit straight. Thirty New Pence for an official programme later, we made our way towards Copse. The viewing bank was filling fast and we eked a space at the turn-in point in time for the Formula 1 warm-up.

I am sure that Jacky Ickx in the lone Ferrari – this was his penultimate GP with the Scuderia – was the first man out. But then I’m sure it was warm and sunny, whereas DSJ’s report in Motor Sport insists it was dull and overcast; it also points out that it rained during the GP. I don’t remember that either. 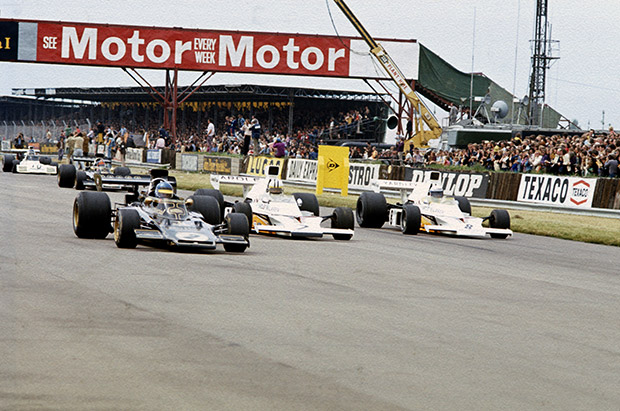 At least some colours of the day remain vivid: that red Ferrari’s shimmering gold wheels; the daffodil yellow of ‘Blocker’ Beuttler’s ‘Stock Exchange’ March; the bottle green of that bulbous Ensign; and the thrillingly sinister black, black, black of the JPSs, with their rear wings hung way, way, way out back. No photos – our Kodamatic was cruddy – just glowing flashbacks.

We watched LA’s Tony Rouff win the Formula 3 Final in a GRD, ahead of Russell Wood’s March and the GRDs of Alan Jones and Brian Henton. Apparently. Unfortunately, it passed me by.

Frank Gardner’s thunderous Camaro did not, however. How could it? He won the saloon encounter by a mile once fellow countryman Brian ‘Yogi’ Muir’s BMW CSL had gone pop. The massive accident that ended Dave Matthews’ career and smashed his Broadspeed Capri and Dave Brodie’s Escort to smithereens did pass me by, however. Or did we see the smoke from it rise over the other side of the circuit? Yeah, maybe we did. 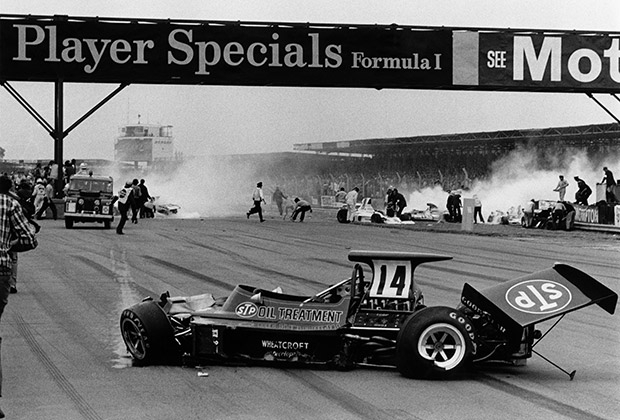 As for the GP itself – well, all those cars disappeared, didn’t they? My hero JYS held a huge lead by the end of the first lap. Boy, he was good at that. Then came Ronnie, Reut, Denny, Cevert, Hunt – a big cheer! – Revvie, Regga, Emmo. Pause.

I recall the gasp that shot along the line and I could just about see Roger Williamson’s wrecked works March that had popped out sideways from under the ‘Daily Express’ bridge. Did a loose wheel bobble past us? I think so. And some dust swirled by.

The second start 90 minutes later lacked the anticipation and drama of the first, and the lulling rhythm that a chicane-less Silverstone allowed descended: until Stewart went missing – in a cornfield. Apparently. Then he appeared again. And disappeared again. And reappeared again, amid the leaders this time. “He’s a lap down!” shouted Dad. I still thought he might win. 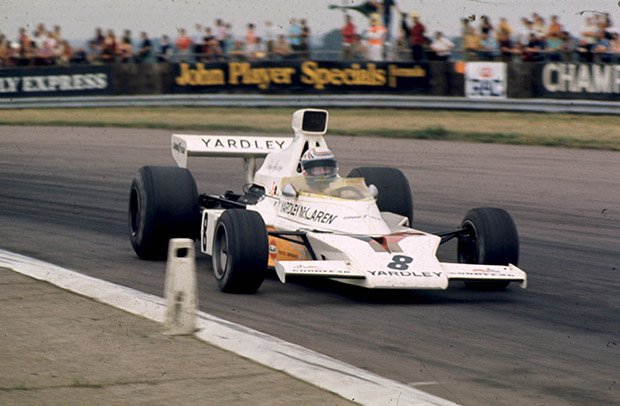 Instead, of course, Peter Revson did. Both he and his McLaren M23 were unobtrusively steady: efficient rather than memorable. The latter was left to Hunt – cheers in response getting louder each and every lap now – as his charging white March, with yellow airbox borrowed from Beuttler, mixed it with the established names. I had a new hero. (Sadly, Corgi never did make a 1/32 of his 731 and so Hunt never did win any of my elaborately staged – I’d pause for lunch, naturally – ‘carpet GPs’.)

The meeting was running late and the crowd began to thin after the main race concluded. Tired of standing, we grabbed a seat in the grandstands: no jobsworths, no questions, no bother.

Mum, her nerves already shredded by the day’s events, leapt from said seat when some of the faster Formula Atlantics got into a tangle at the start: Ray Mallock, Steve Choularton from Hale Barnes – local to us – and New Jersey’s Jas Patterson. We stayed right to the end, though. We always did. Yet still it took an age to exit the car park and we arrived home gone midnight. 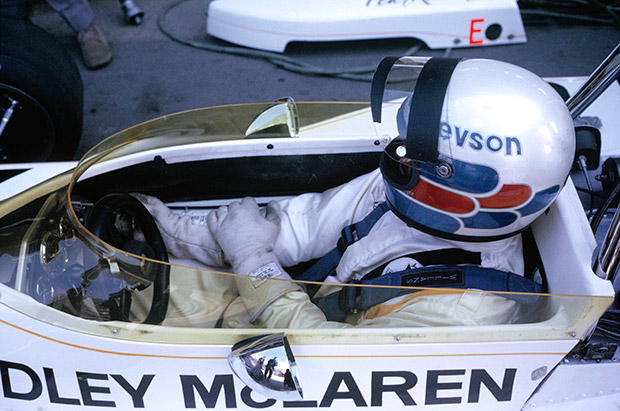 The frustration of that queue is what Dad remembers most about the day. Ask him about his first GP – the 1957 British at Aintree – and he can give you chapter and verse, however: the train journey there; Archie Scott Brown sliding a Lister-Jag through a damp Tatts; the bellowing Ferrari 801s being warmed up by the mechanics; the collective sigh as Stirling Moss pitted his misfiring Vanwall; the rising sense of anticipation as he flew through the field in team-mate Tony Brooks’ car; and being swept onto the grid – “My feet hardly touched the ground” – as the crowd surged forward to proclaim that maiden all-British victory.

Your first GP is special. That’s why I can remember so much of mine, even though I was not quite six at the time – Dad insists the trip was a birthday present – and it was 1000 years ago.