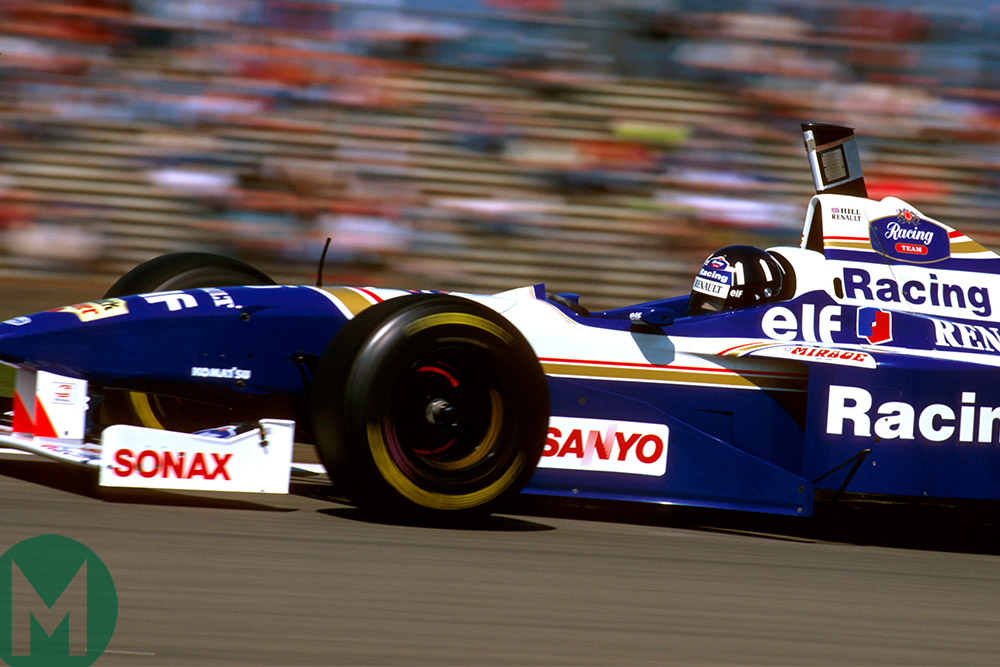 Sergey Sirotkin‘s emergence as frontrunner to partner Lance Stroll is little more than a sign of where Williams is in its life as a sporting team.

Williams is resigned to its place in the pecking order. It was a David among Goliaths, it had worked its way up, beaten the establishment but it has fallen by the wayside, unable to compete with the bigger boys, having once proved that victory can be won for independents. It’s settled with a quick, if not the quickest, driver. A comfortable choice.

In footballing terms, Williams has become double European champions Nottingham Forest or Premier League winners Blackburn Rovers. Stars over the crest, big trophies in the cabinet, but a shadow of its former self.

In the case of Forest, look no further than Frank and Brian Clough. Two gritty bosses: honest, work-hard-for-me-and-I’ll-work-harder-for-you bosses. They won over and then carried the hopes of a nation, and somehow came out the other side even more popular. Characters films would be made of.

And when the figurehead stepped aside, an old face came back to try coax the team back to the glory years. Stuart Pearce was to Forest what Paddy Lowe is to Williams now. But it wasn’t meant to be, for Forest at least. For Williams, time will tell.

And when Williams last did rule the world in 1997, it was Blackburn, wearing the same the blue and white as Williams, burning quickly out at the same time. When Pastor Maldonado crossed the line first at Barcelona, a brief highlight in the bleak, Blackburn was seven days into life outside the top flight, the first fall of a troubled time. All three could have been Manchester United, but instead were still simply Williams, Forest and Rovers.

So who is United? The Tifosi, Ferrari. That’s an easy one. Winners in the ‘50s, before a decade of lull briefly flickered back into success. And then The Long Wait, before years of dominance. And fame the world over, more, almost, than the sports that made their name.

Plenty of upstarts have come and gone. Chelsea and Red Bull reigned for a while. Money talks, and takes over, but nothing lasts forever. But they’re always a threat and seemingly perennially on the brink of glory.

The newest threat, in light grey/sky blue, has (temporarily) spoiled it for everyone. Money has spoken loudest, finally, after years of trying. Man City and Mercedes are streaking away.

Which takes us to Arsenal and Renault. A little slice of France in the UK. Some mid-2000s glory is clung to amid years of flattering to deceive. Often looking good, but just lacking that cutting edge. Maybe next year, or the year after, or…

Liverpool/McLaren with all its history, just knocked off its perch, quite probably temporarily. Change is afoot, positive change; the glory days could be just around the corner with a big money star and some talented youth.

Just below, sometimes above, and just up the road lie Everton and Force India. Solid, capable of a surprise. One good season brings with it expectation, just ask Ronald Koeman. Lose the momentum and it’s costly. Over to you, Bob Fernley.

A long hop down the A483 to Swansea, or over the Atlantic, in the case of Haas; coming over here, joining our league. Shining brightly before the brakes kick in – or not – and things are no longer so rosy.

Propping things up, despite the rich owners, in dark red and blue is West Ham and Toro Rosso. There’s a history and fame for bringing through the youth and the stars of the future, it’s about doing things the right way, with them both.

And West Brom and Sauber, surviving every year (in league terms, for one, money for the other) by the skin of its teeth, the work of one man. Until new owners and new money bring hope. But as every football fan knows, it’s the hope that gets you.