F1 in Miami: what’s not to like? Beachfront hotel parties, spectators basking in the Florida sunshine and the artful pastel poster with obligatory palm trees.

The one element overlooked in last weekend’s announcement was the precise nature of the track that winds round the less-than atmospheric car park of the Hard Rock stadium in Miami Gardens.

That became apparent yesterday when Miami GP organisers published a simulated lap of the street circuit which produced a less than favourable response from those commenting on the post.

Criticism rained down on the new Miami layout, amid much unfavourable comparisons to Sochi, the stillborn Hanoi street circuit and the as yet un-raced Jeddah.

Lights out and away we go… in Miami Gardens. Take a lap through our @F1 circuit at @HardRockStadium coming in 2022😎 pic.twitter.com/GyYuo4j8wS

Many also pointed out, most prominently 3-time Daytona 24 Hours winner Felipe Albuquerque, that there are plenty more venues suited for grand prix racing than a drab car park street circuit in an area which has no culture of F1 anyway.

Why, in a country blessed with a multitude of ‘classic’ race tracks, is F1 not racing on one of the permanent circuits, but on a strip of characterless dockland in downtown Miami?

Much like the UK and to some extent Italy, the US has an embarrassment of riches in great race circuits.

If any track would be able to lay claim to being the ‘home of F1’ in the States, it would probably be Watkins Glen. Whilst not being the first venue to hold a World Championship grand prix, its place as the final or penultimate round of the series through the 1960s and ’70s made it synonymous with the end-of-season run-in.

Whether it be Jackie Stewart’s last race, James Hunt’s win to continue his title fightback or Alan Jones’s barnstorming comeback at the race’s final addition, a wide variety of classic racing moments make the ‘Glen, for many, the quintessential American F1 venue. 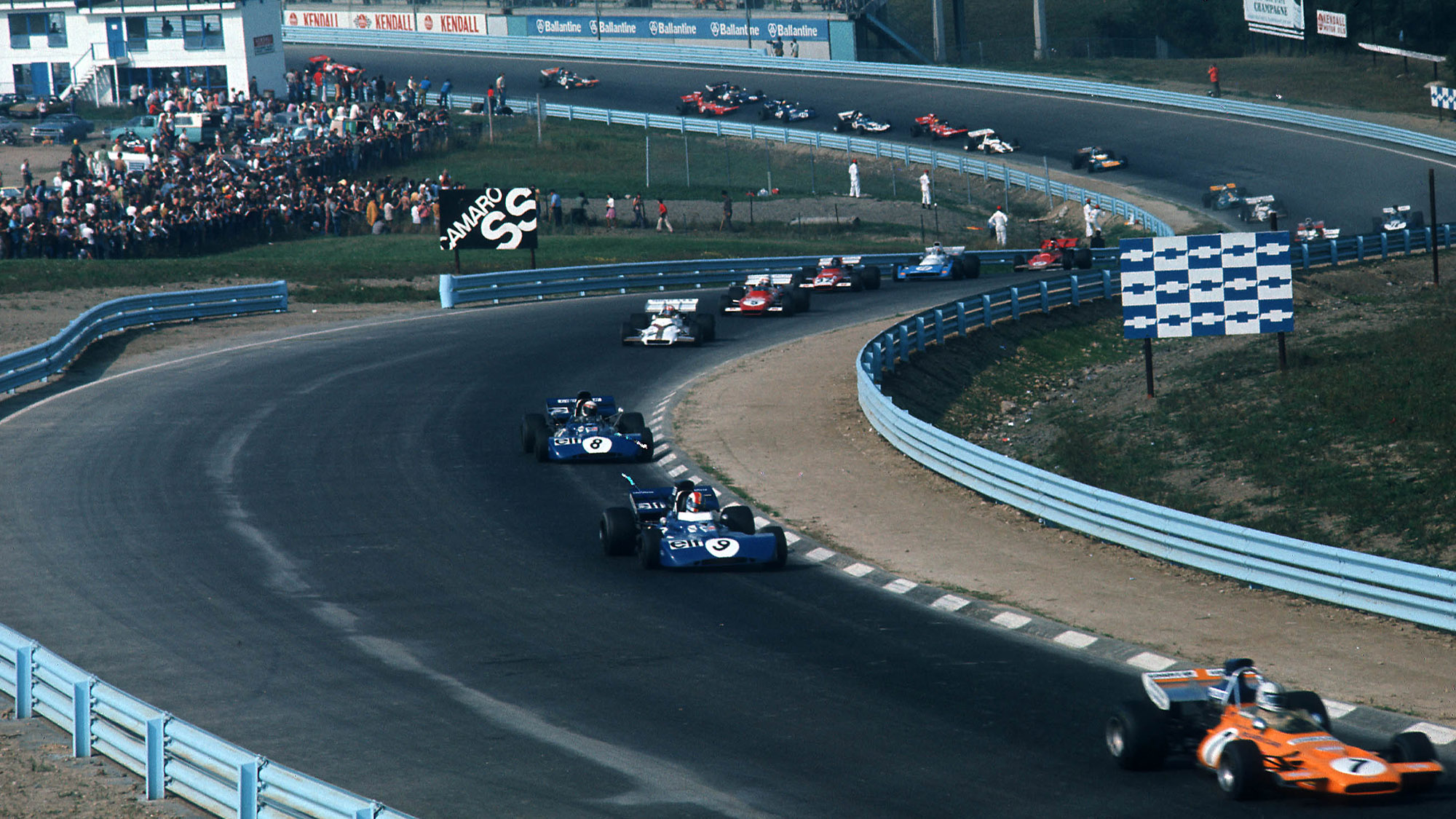 The 1971 Grand Prix at Watkins Glen

A few other tracks can provoke fondness and revulsion in equal measure.

Long Beach was long the home to F1’s “United States Grand Prix West”, and it’s rare for someone to see a ’70s F1 highlights reel or picture special that doesn’t have a Ferrari 312 or Lotus 78 careering down the hill after Cook’s Corner. The street circuit felt truly unique, and still runs today in a modified form for IndyCar. 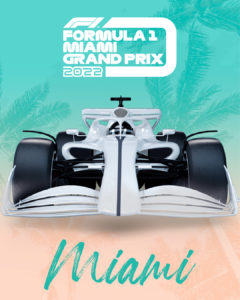 An F1 race at what many feel is the spiritual home of U.S. racing, Indianapolis Motor Speedway, never seemed to take off, and was predominantly (but not immediately) tipped off the calendar by the 2005 Michelin tyre debacle.

However, now Roger Penske has taken over the Speedway, the former F1 team owner seems determined to get a grand prix back at the home of “The Greatest Spectacle in Racing”, the Indy 500. The Brickyard is the only circuit in the US apart from COTA which has Grade 1 rating.

It feels in some ways difficult to separate it from mediocre mid-2000s F1 racing in the midwest though, which may count against it.

On the negative end of the spectrum, the Caesars Palace car park never did much to get the blood pumping, though it is remembered as the location of Tyrrell’s penultimate F1 triumph (the team has its fair share of US highlights).

The same could be said for Detroit. Not a great street circuit, but the venue which hosted one of the all-time great comeback drives from John Watson in 1982, as well as Tyrrell’s final win.

F1, as usual, isn’t helping its image by staying away from venues which are known for racing

The Phoenix street circuit, which ran from ’89-91, was more a less just a series of right-angles, its one standout moment coming when Jean Alesi (in a Tyrrell) decided to make himself a slight nuisance to Ayrton Senna in 1990.

As far as US tracks that have never held an F1 race, Laguna Seca is surely the number one candidate in any one’s dream calendar. An iconic venue in the Californian hills, it has held MotoGP races in the past and after a long break now has IndyCar back again.

To see Verstappen and Hamilton dicing through Laguna Seca’s Corkscrew corner would be mind-boggling.

Having in all likelihood moved into the realm of fantasy here, venues such as Road America and Road Atlanta would be spectacular places to hold a grand prix. 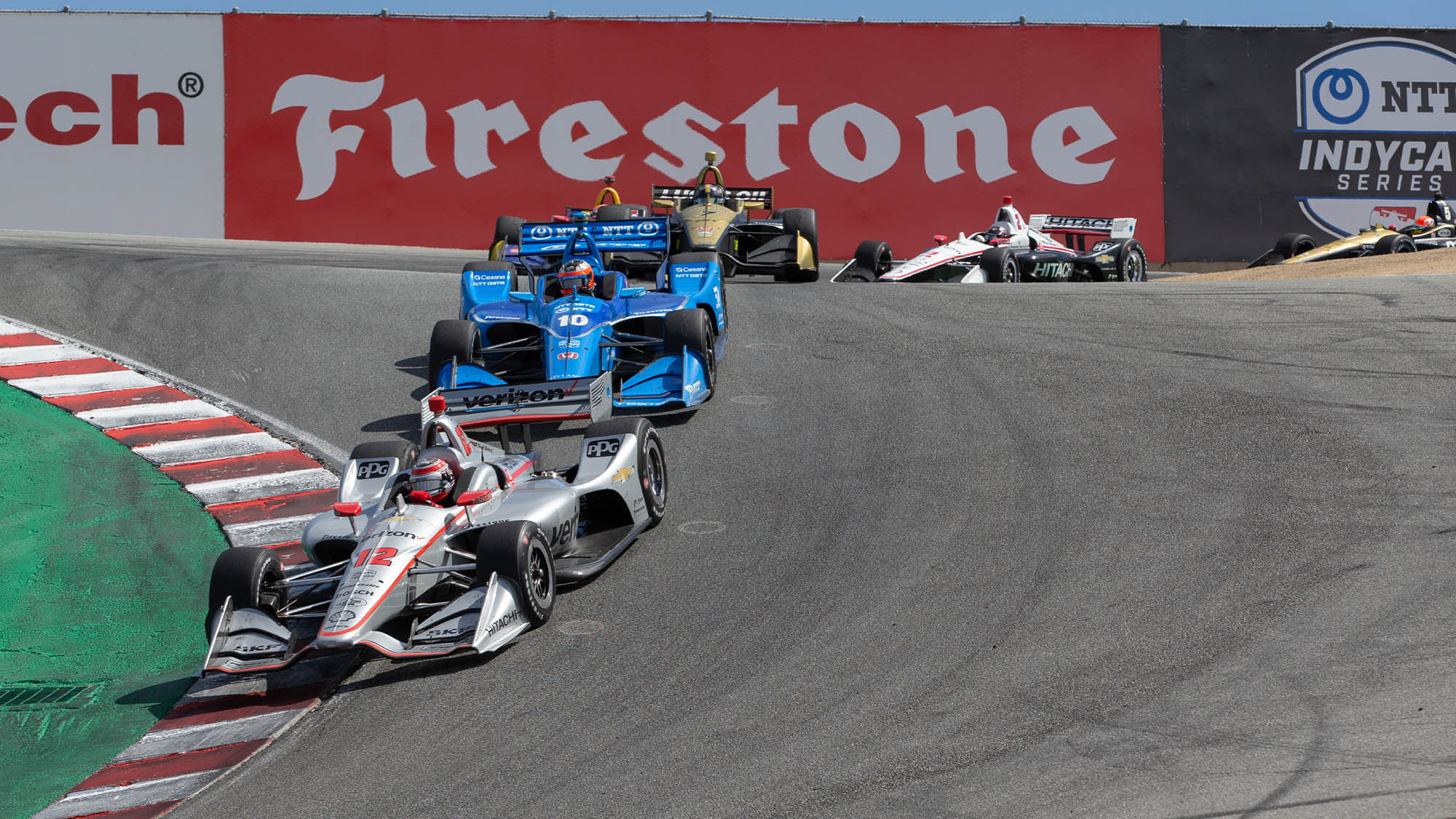 Laguna Seca’s Corkscrew: The dream setting for the championship battle?

The biggest barrier to F1 racing at these tracks is safety, and secondly infrastructure. It’s doubtful that any of them would be up to the FIA Grade 1 safety standard needed to hold a grand prix.

That said, the amount of money this would cost would surely be dwarfed by the amount it cost to build COTA, or even build the temporary street circuit at Miami.

All the above tracks have a dedicated motor sport following in their locality, particularly Watkins Glen in upstate New York, Indianapolis in Indiana and Laguna Seca in California. The fact that F1 is shunning these areas which would, potentially, eat up grand prix racing does seem to scream ‘elitism’ in itself.

F1, as usual, isn’t doing much to help its image by staying away from areas and venues which are known for racing, and instead plumping for a more glamorous and perhaps shallow alternative because – well, simply because it can.

To be fair, Miami does host an annual NASCAR race. However, whilst its Homestead-Miami Speedway tends to attract one of the larger crowds on the stock-car calendar, it’s hardly a guaranteed sell-out.

Does the Miami F1 race stand a better chance? Maybe. Though the area is not known for F1, it does have a large Latin-American population.

Central and South America has passionate F1 fans in droves, and it’s likely FOM’s thinking was that they wanted to tap into this market in Miami.

Much driven by Netflix’s Drive to Survive in particular, F1 is looking to expand to new audiences, not consolidate old ones.

The reality is, none of the above ‘classic’ circuits are – potentially – that far away from holding an F1 race in terms of circuit facilities. Some might be a bigger job than others, but F1 has moved greater mountains.

It seems like the bottom line is, it just simply doesn’t want to go there.