Hey, it’s not easy out there. That’s why there have been so many more losers than winners in Formula 1. 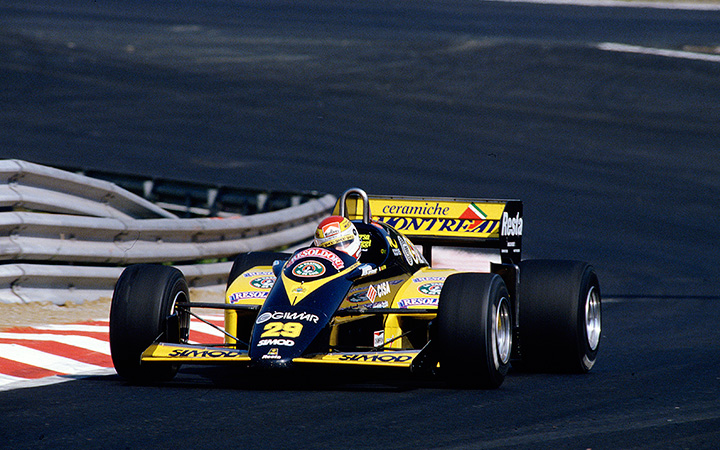 Caterham and Marussia are far from being alone. More than 100 teams since the World Championship’s 1950 inception have failed to win a Grand Prix.

Although a very few missed by feet and inches – as was the case for Surtees at Monza in 1971 – most did so by a country mile. 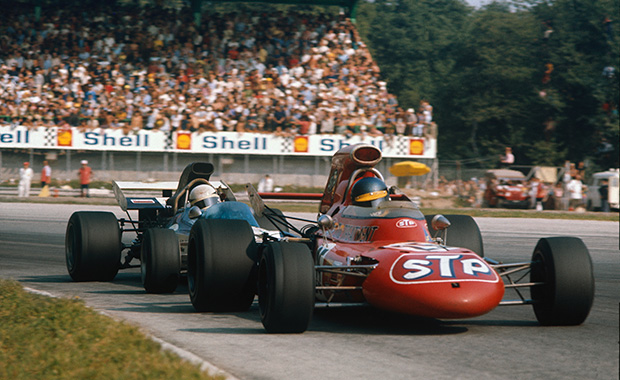 And there are some big names on F1’s miss-list: Aston Martin, De Tomaso, Jaguar, Lamborghini and, the largest of the lot, Toyota.

Plus John Surtees is not the only world champion to draw a blank: Emerson Fittipaldi (in cahoots with brother Wilson), Graham Hill and Alain Prost also found winning infinitely more difficult with their names above the door.

Yet still they build and come.

The next sentence was going to read ‘Until now!’ – until I remembered Gene Haas. What must he be thinking on the eve of his home GP?

Don’t be surprised if his F1 postponement (until 2016) becomes permanent. For cold stats suggest that that would be the wise decision. 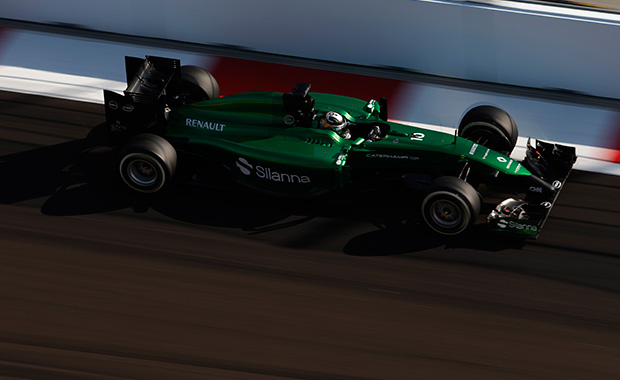 Only 13 teams have won more than 10 GPs, and seven of those – Alfa Romeo, Benetton, BRM, Cooper, Renault, Tyrrell and even Lotus – were eventually broken on the wheel.

Brabham, in contrast, was sacrificed to Bernie Ecclestone’s common good.

Which doesn’t leave much wriggle room for the tiddlers. And that’s a major problem. If its big fish continue to outgrow its shrinking pool, F1 will flounder.

While I have utmost admiration for what Ron Dennis and Sir Frank Williams have achieved, F1’s multi-coloured coat is what attracted me to it in the early 1970s. 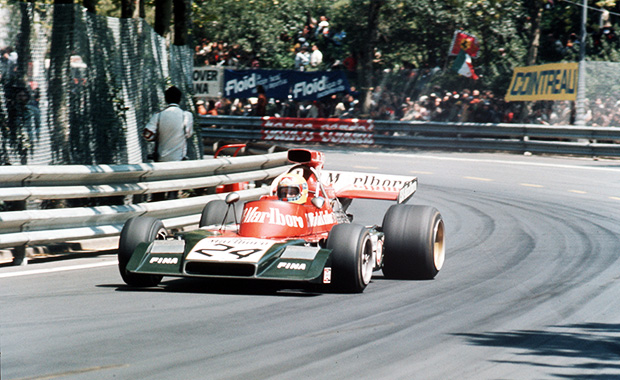 That diversity is what encouraged Ron and Frank, racers to their cores, to take their chances in the first place.

And that fecund structure is what allowed them their second chances after difficult starts. Do you remember the Rondel, later known as the Token, and those Iso-Marlboros and Wolf-Williams?

It’s highly unlikely that Caterham and Marussia will have the same opportunities.

Which is a distinct worry because such teams are the sport’s training grounds. Their smaller workforces make for more rounded, grounded staff, while necessity is the mother of invention.

Didn’t the double diffuser rise from the ashes of Super Aguri?

Likewise, Rory Byrne and Pat Symonds cut their F1 teeth at Toleman in the 1980s, and Adrian Newey sprang to F1 prominence at – and in 1990 was fired by! – March/Leyton House. 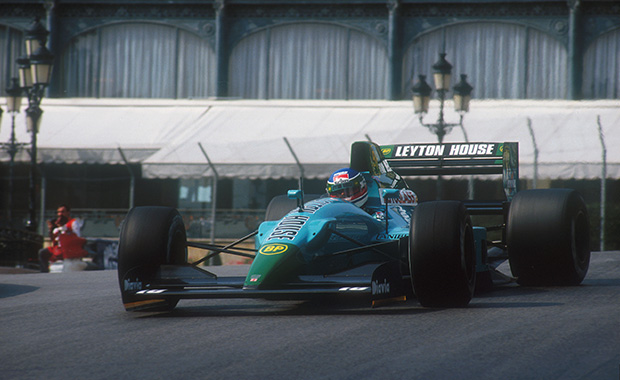 One presumes that some of these men and their teams (see end of article) initially felt capable of winning at the sport’s highest level. At the very least they all considered themselves worthy of a place at its table.

And – more power to their elbows! – they all brought something and made a difference. 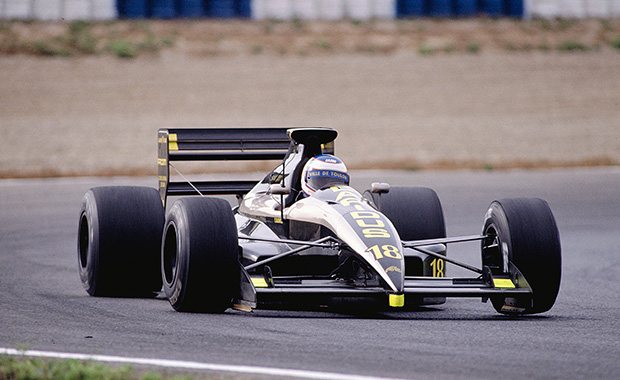 A favourite of mine is the late Henri Julien, founder of AGS: 33 DN(P)Qs, 47 starts and two points, from 1986-91. Though he ran an unprepossessing filling station in an unremarkable French town – Gonfaron, pop. approx. 4000 – his outlook was encapsulated by its name: Garage de l’Avenir.

He was in its inspection pit but looking at the stars.

Another favourite is Alta’s Geoffrey Taylor. From his small workshop in Tolworth, just off the Kingston Bypass, emerged the engine that took Tony Brooks’ Connaught to victory at the 1955 Syracuse GP, the category’s most resonant non-championship result.

I am less fond of the underwhelming Amon AF101 of 1974, but even it was prescient by placing fuel tank between engine and (luckless) driver.

No Andrea Moda would have meant fewer ‘Pel’ pearls of wisdom and peals of laughter. Not good.

And has there been a better F1 car name than Loris Kessel’s 1977 Apollon Fly? 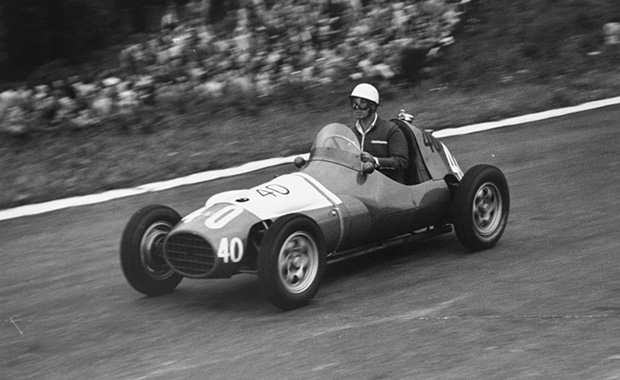 Or a more quintessentially British one than the Aston Butterworth of 1952 – particularly when driven by Mayfair-born Robin Montgomerie-Charrington?

Had it not been for (German, not Italian) ATS, Hans Heyer could not have blagged his way onto the grid at the 1977 German GP. Still my favourite F1 hustle.

And that’s just its As. The list stretches to Zakspeed.

Had it not been for BAR, we wouldn’t have had F1’s most laughable livery: the schizophrenic 555/Lucky Strike ‘zipper’ of 1999.

Had it not been for Boro of 1976-77, we wouldn’t have had a (alleged) standoff, with iron bars, between designer Mo Nunn and Dutch fraternal team owners Bobby and Rody Hoogenboom.

Had it not been for Coloni, we would not have had the offbeat flat-12 Subaru and, ultimately, Andrea Moda (see above). 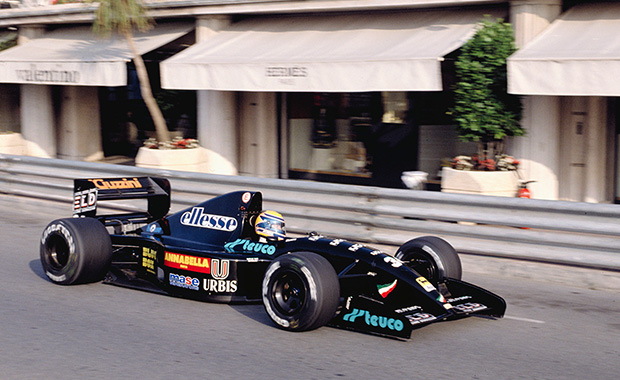 Peter Connew, a draughtsman for a company that, among other things, made record players, joined forces in 1971 with a shop fitter and a woodwork teacher to construct an eponymous F1 car in a Chadwell Heath lock-up.

How cool and empowering is that?

Had it not been for Eifelland, that periscope mirror would never have surfaced.

Had it not been for Ensign, the enigmatic – and eventually murdered – Colombian driver Ricardo Londoño-Bridge would not have created one of F1’s great mysteries via one of its most fleeting careers.

Had it not been for First Racing, its F189 – even designer Richard Divila reckoned the poorly built machine fit only for the role of ‘flowerpot’ – would never have withered as Life’s L190, arguably the worst car in F1 history. 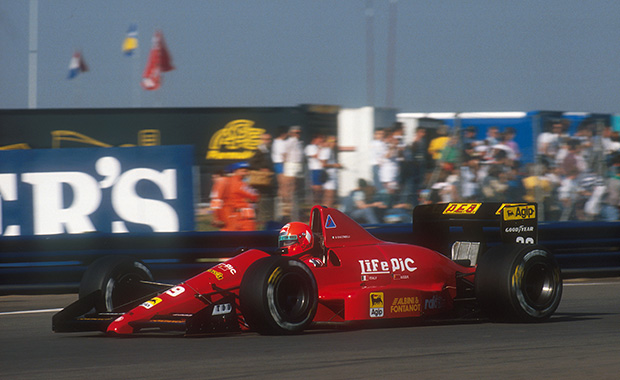 Had it not been for Footwork/Arrows – 393 races without a GP victory – the pay-driver’s pay-driver ‘Taki’ Inoue would not have been flipped by the Safety Car in Monaco nor mowed down by a marshal’s rapid-response Tatra in Hungary in 1995.

Co-designer Issigonis’ semi-monocoque Fry gave lanky Mike Parkes, folded into its prescient far-forward cockpit, his first taste of the GP life. He failed to quality at Aintree in 1959.

Le Sorcier Amédée Gordini groomed GP winner Maurice Trintignant, and harnessed and then released the force of nature that was Jean Behra.

Had it not been for Jaguar’s turn-of-the-century ‘Green Ferraris’, Bill Ford might not have stomped around a Detroit office demanding to know who Edmund Irvine was and why he was being paid so much. Allegedly. 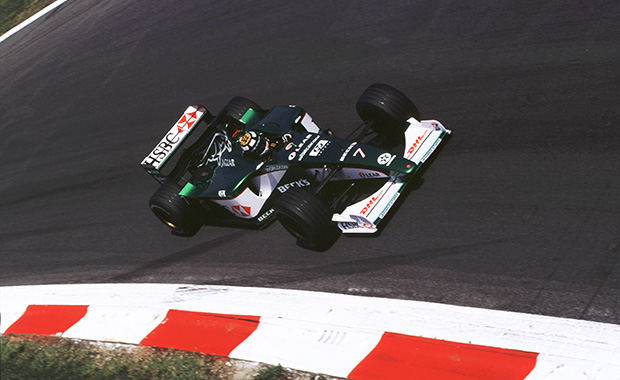 No Klenk, no Klenk-Meteor. Sad.

The Kojima caused a stir at Fuji in 1976 by setting fourth-fastest time in its first practice session. It crashed in its second, was repaired and finished 11th in the Japanese GP.

A dubious fastest lap added to its mystique.

Indy winner Rodger Ward entered a Kurtis midget racer – the least suitable contender of all time – for the 1959 United States GP and apparently arrived at Sebring confident of a good result.

I love this stuff. 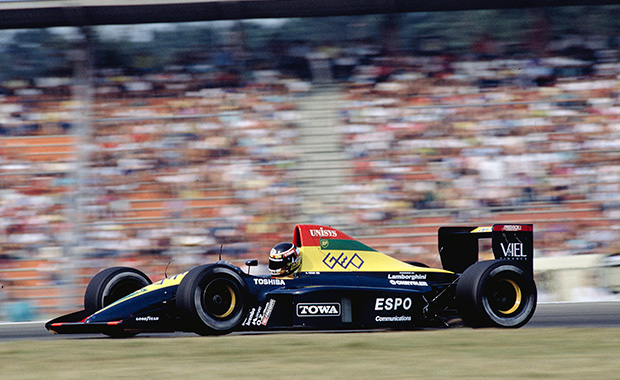 But for Larrousse in 1989-90 and the Lambo/Modena Team of ’91, the what-might-have-been of Ayrton Sennapleading to drive a McLaren fitted with a Mauro Forghieri-designed V12 at Suzuka in 1993 would never have tantalised us.

But for Lancia, Alberto Ascari would never have plunged into Monaco’s harbour in 1955.

But for LEC, paratroop-brave David Purley would never have briefly led the 1977 Belgian GP nor had to recover from that chilling stuck-throttle crash at Silverstone’s Becketts two races later.

But for Onyx, anarchist Marxist politician, convicted Belgian evader of taxes and hard-partying wildman Jean-Pierre Van Rossem would not have roared down the pitlane in 1989. 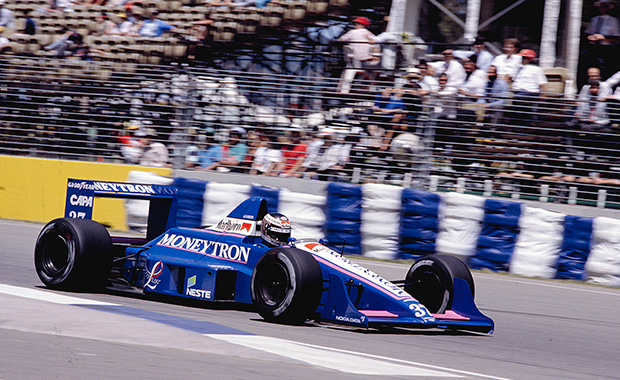 But for Osella in 1981, Miguel Ángel Guerra would not have crashed on the first lap of his only GP start.

But for Scirocco, a badge inspired by a local pub – the Seven Stars on London’s Goldhawk Road – would never have graced the nose of an F1 car.

But for Shannon, Coventry-Climax’s Godiva V8 – kiboshed in the mid-1950s by British deference to Italian bhp bullshit – might never have raced. Albeit 12 years too late.

But for Simtek, the late Roland Ratzenberger might never have achieved his F1 dream.

But for Tecno, we would never have witnessed a team within a team, running a very different car, in 1973. Owners, the Pederzani brothers, had gone to war against sponsor Martini and team manager David Yorke. It wasn’t civil and, unsurprisingly, there were no winners. 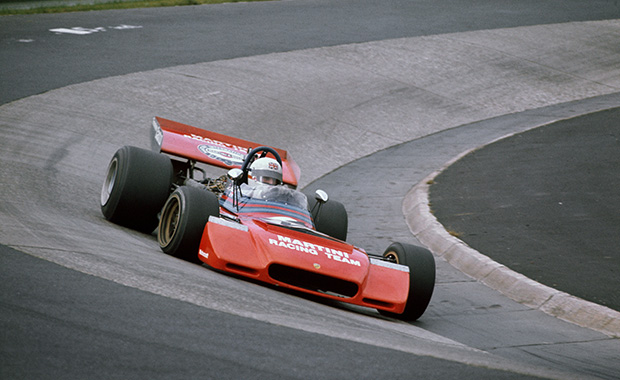 And but for Venturi, an F1 team would never have been partly owned by a wanted man who was eventually killed in a gun battle with police at a German hotel in 1992.

Klaus Walz, his real name, had earlier escaped capture at his French house due to (in)judicious use of a hand grenade.

It’s not all been good. Clearly. Dispute, heartache, financial meltdown, injury and even death have resulted. But it’s all been undeniably colourful and interesting for the interested, and utterly compelling for the geeks.

That’s no longer the case in F1. Once in the hands of rich men who reaped rather than sowed, creamed rather than dreamed, it was always destined to become a poorer place. 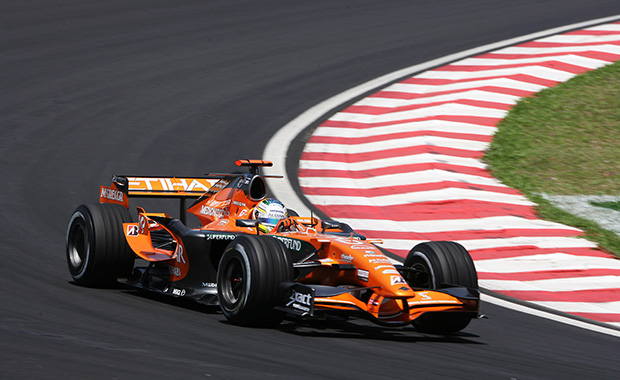 And, let’s face it: no losers, no winners.

P.S. Those teams were: LEC, Token and Trojan; ATS and Eifelland; Andrea Moda and Tec-Mec; and EuroBrun. Plus Scarab; Copersucar and Forti Corse; Theodore; Team Lotus 2.0-cum-Caterham; Lyncar; Midland and Stebro; and LDS.