Sir Jack Brabham OBE, who passed away peacefully on Sunday evening UK time, was more than just one of the great drivers and a triple world champion. As he simply pursued his own way, this uncomplicated bloke who didn’t say much laid down a thread that runs through the sport to this day. His influence on the sport was profound. 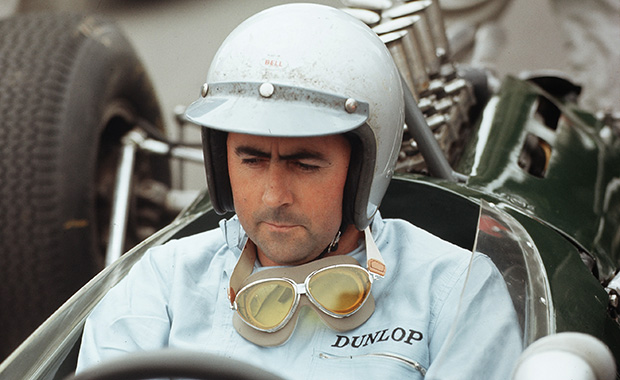 Still the only man ever to win the world title in a car of his own construction and name (in 1966), this after helping revolutionise F1 by winning his first two titles (1959 and ‘60) in the mid-engined Cooper-Climaxes, he took a modified version of one of these to the Indy 500 in 1961 and help kick start the mid-engined revolution there too. 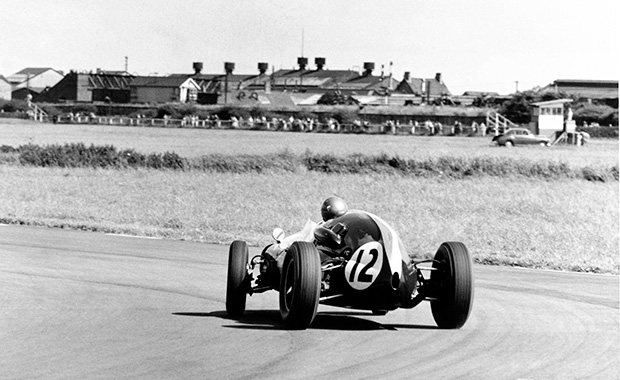 Born on the outskirts of Sydney in 1929, this only child of a fruit and veg shop-owning couple was fascinated by things mechanical and by competing right from the off. The kid that built and raced soapbox buggies and who was manoeuvring the family trucks around the yard aged 12 would go on to be one of a small, select band of great race driver-engineers that were at their zenith in the 1960s. Brabham himself played crucial parts in the careers of two men who emulated him in this – Bruce McLaren and Dan Gurney.

He was also a formidable driver in his own right, one of the very fastest and toughest and his F1 career was bookended by Fangio at the beginning and Fittipaldi at the end. “He was a formidable competitor,” recalled Jackie Stewart. “He wasn’t the most stylish or the most finessed, and he’d sometimes make surprising mistakes, but on his day he was a tiger, a handful.”

Stirling Moss concurs: “He wasn’t the absolute fastest guy out there, but he was still damned fast. And even if you thought you could beat him, he made you work a damn sight harder than you might have expected. Once you passed him, you couldn’t just forget about him – he’d be right back at you. Once he was in the car, he meant business. And if you were behind, giving him some pressure, he’d think nothing of showering you with dirt from the grass. Boy, he was tough.” 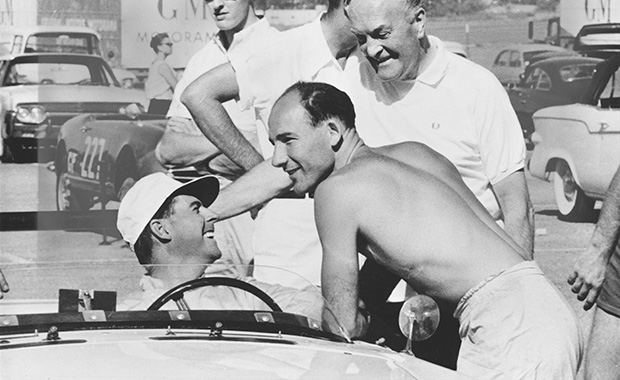 After making a name for himself around the cinder tracks of Australian dirt track racing – where his head-down, oversteering style that would come to be such a familiar trait in F1 was first forged – a chance meeting at a hillclimb with fellow competitor Ron Tauranac was to prove fortuitous.

Although Jack came to Europe alone to try his luck – initially without even his wife and first son Geoff – and made his links with Cooper then, Tauranac was still a touch-point of contact whenever Jack wanted to discuss engineering problems in greater detail. After initially providing advice one-step removed, when Brabham began to make plans for going it alone post-Cooper, Tauranac was his chosen business and engineering partner.

“Jack was very good at electrical and carburation as he‘d served an apprenticeship as a mechanic before joining the airforce as a mechanic,” related Ron last year. “Whereas I was a draughtsman before joining. So we had learned different things.” 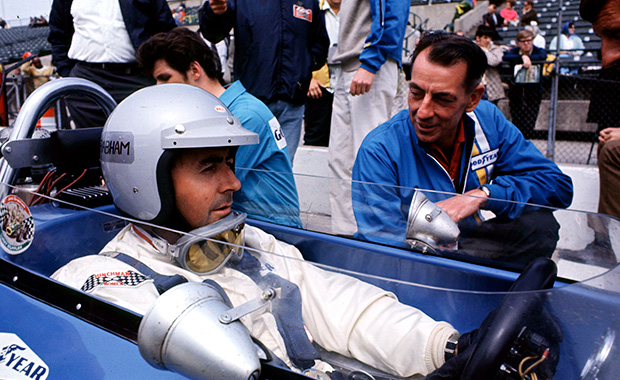 From 1962 through to his retirement season of 1970, Jack in the Tauranac-designed Brabhams was a formidable force. But he was planning on getting out of the cockpit a long time before he did. He was going to retire to run the team for ’66 before his lead driver Gurney then went off to emulate him by forming his own team, All American Racers.

So, approaching 40, Jack stayed on – and won that unique title in his own car. He’d promised his wife he was retiring at the end of ’69, in the assumption that Jochen Rindt was re-joining the team, as agreed. When that didn’t happen Jack held the phone receiver a long way from his partially deaf left ear and explained to Bette that he was going to stay on for one more year.

With just slightly better luck he could have gone out in 1970 with a fourth title, aged 44; he won at Kyalami (his 14th) and infamously lost both Monaco and Brands on the last lap. He looked a likely victor at Jarama too, before his engine went. He stopped only because he’d promised to, but many years later, after divorcing Bette, explained that without that pressure he’d have kept going for another four years at least! “I still had plenty of gas left in my tank. 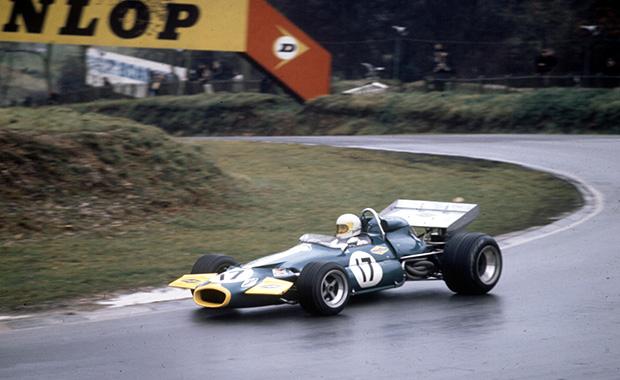 Initially he’d sold up to Tauranac but within a year Ron had sold on to Bernie Ecclestone, and a new chapter in the sport began. Without Brabham, there may never have been a McLaren team, for it was Jack who took the Kiwi prodigy under his wing and from whom Bruce learned at Cooper. McLaren, Gurney, Ecclestone, even his chief mechanic Ron Dennis all had their destinies shaped by Brabham.

He was a quietly inspirational man and it was not really a surprise that his three sons, Geoff, Gary and David all had international racing careers of their own. To them and his second wife Lady Margaret we send our condolences. A giant has passed – showering us with grit as he does so.

Watch one of the last interviews conducted with Sir Jack Brabham: