Kevin Magnussen is a divisive figure on the F1 grid – but he makes for a formidable opponent, reckons Mark Hughes 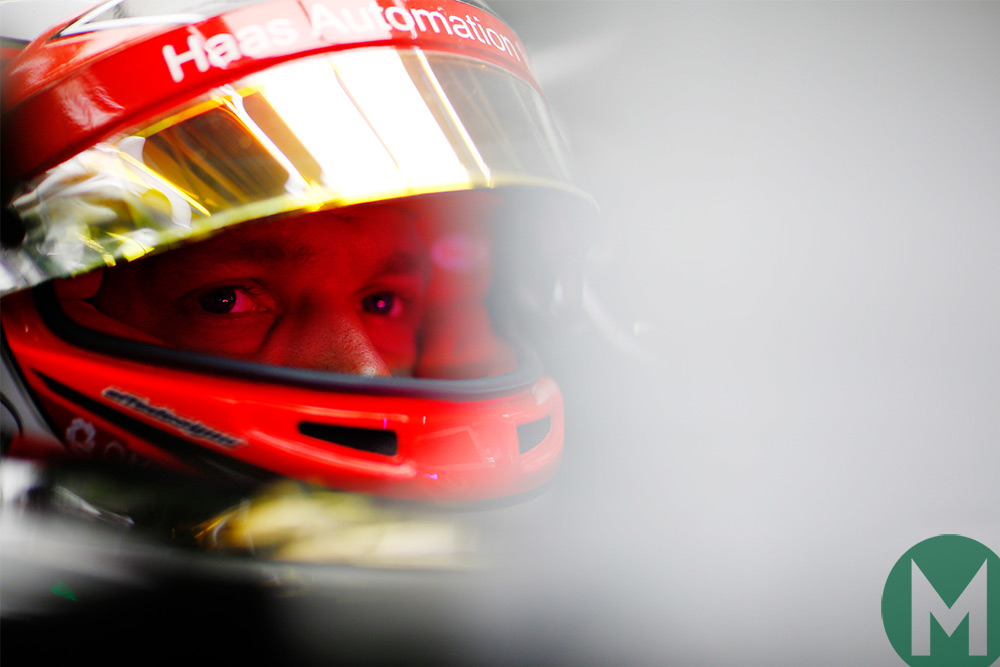 Recently confirmed at Haas for a third season, Kevin Magnussen is probably F1’s most controversial driver. The most recent example of his knack of incurring the wrath of his peers came at Suzuka when, after passing Charles Leclerc around the outside of 130R on the opening lap, he made a super-late defence from the Sauber’s retaliation into Turn One, hovering around in the middle of the track before making a late swerve to the inside just as Leclerc had moved that way.

The race stewards looked at it, deliberated over it, and in the end gave no penalty. K Mag’s contention that he’d moved not in response to Leclerc’s move, but at the same time, was accepted. The difference in timing was such – around 0.1sec – that it was a feasible claim.

“Magnussen is now, and will always be, an idiot,” fumed Leclerc over the radio as he recovered from hitting the back of the Haas – thankfully square-on, rather than with interlocking wheels at close to 200mph. “That is fact.” He has significant support for that view within the ranks of the drivers, particularly Magnussen’s nemesis in hard-headed refusal to back down, Fernando Alonso.

Not that it will bother Magnussen in the slightest. Recall his response to Nico Hülkenberg’s interruption of a post-race interview to inform the cameras that this was F1’s ‘most unsporting driver’ after a contretemps at the Hungaroring last year? With quiet self-assurance, K Mag invited Hulk to suck upon part of his anatomy and, with a smile, continued the interview.

There’s something in those eyes, the glint of no surrender.

His moves are not ones of inattentiveness or unawareness, but of cold, hard-headed ruthlessness. He will even prefer to compromise his own race rather than surrender. Box him into a corner and he will choose to lay down a marker – every time. There’s no ambiguity about it; that’s just what will happen. He races hard; forceful in attack, totally uncompromising in defence. That’s his USP.

On balance, it works for him. He pulls in regular points for Haas and if he’s a couple of tenths adrift of team-mate Romain Grosjean when both are problem-free, he’s also a more consistent performer, a temperament of Scandinavian cool allowing him to be far better inured to the ups and downs of a Grand Prix weekend than Grosjean’s more Gallic disposition.

His driving style is similarly robust, allowing him to qualify and race at a similar level regardless of the car’s traits around any given track. But if the Haas can be balanced to withstand Grosjean’s super-aggressive entry speeds into slow corners without locking its brakes, Magnussen will invariably be those vital couple of tenths behind.

More from Mark Hughes: MPH: Russell is a glimmer of hope for Williams

He cannot exploit the greater responsiveness of an unstable rear end the way his team-mate can. So he’s never quite an ace, but his small deficit to that status is pretty much unvarying. Grosjean ricochets between ace and chump. As such, Magnussen is much lower maintenance – and this is a valuable trait for a tiny team without the depth of engineering expertise and simulation to work around a driver with a narrow band of performance.

That, therefore, is Magnussen’s solid baseline. It’s probably not enough to ever get him into a top team. He has built upon that foundation his uncompromising racecraft to make a pretty formidable package – and if that upsets those trying to take his track space, he really doesn’t consider that to be his problem. The line between that and dangerous is grass blade thin, but he seems to have a knack of balancing there, for he doesn’t have a particular history of penalties. He’s currently on three penalty points (there are 10 drivers on more, with Grosjean leading the way on nine points).

Outside the car, he’s not an aggressive character at all. He’s the sort of chilled, quietly funny guy that you’d choose to go for a drink with. But there’s something in those eyes, the glint of no surrender. Current drivers have every bit as much character as those of the past – it’s just no longer on show.

Among the kaleidoscope of characters in that paddock, Magnussen’s is one of the most distinctive. Love him or hate him.